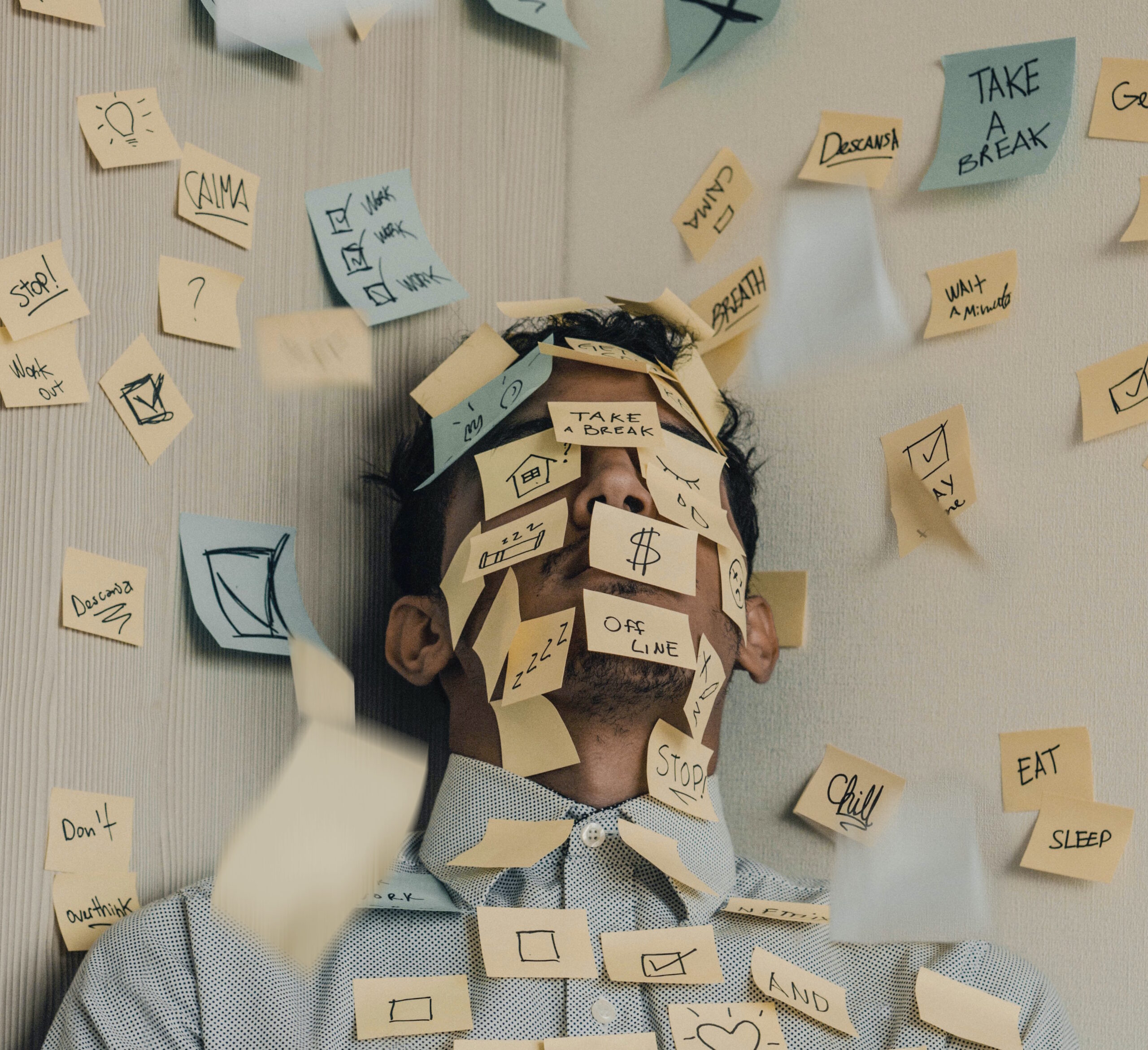 Safe at an Italian dinner table, Monica Sharp examines the unhealthy work ethic which diminishes quality of life in the US.

Twice this month, Europeans ribbed me about Americans hating to take vacations and accepting work conditions that no one else would in a developed economy. Once in English, and once in Italian, I tried to explain on the spot that in fact Americans would love to take a vacation if we only knew what one was!

Here in Italy, I felt like I might pass out from frustration, either atop an Alp or in the Tuscan countryside at an outdoor dinner. There were so many layers to this onion that were impossible to peel back before the end of the primo piatto.

It’s been bothering me since and I’ve finally found the time to collect my response into something rather more coherent.

I think often about the nature of Home and Belonging, and, with each passing year in Italy, the struggles and frustrations I experienced in America somehow arrange themselves into a pattern that reveals clarity and answers. I know I am lucky to have this gift of distance and time to help me see more clearly my past life.

When I lived in America, from 1974 to 2016, minus about a decade for shorter sojourns abroad, my life was ruled by the twin demons of Success and Failure. One I yearned for, the other I dreaded. It started early and often, from kindergarten on. There was little Being, and a lot of Doing and Achieving, preparing me for the Great Machine of the American Career.

Why did I need to work so hard, all the time?

Make the best grades, do the best projects, come out on top, wreathed with awards and scholarships? Why did my stomach clench for weeks over a low grade, a rejected application?

Applying for college and getting through those years were their own sort of values-based purgatory. The more awards and accolades I received, the more hollow I felt. I only knew the How. I did not know the Why. Work or drown. Achieve or die.

And for my understanding and compliance, I was rewarded with an oddly gas-lighting label: I was, unfortunately, an Overachiever. I somehow achieved Too Much, and worried too much about achieving Too Little. This, ironically, placed me at risk of being an Underachiever – someone who did not want to achieve at all, and so who achieved, insanely, Nothing!

The only exception to this rule came during my time abroad, when all the rules changed, the base shifted, the common denominator was replaced.

I understood how a person transplanted to another culture could find herself in possession of past awards and future goals that felt less and less meaningful, seeing as they weren’t shared by 40 or 60 million new neighbours, my temporary compatriots. Many of them, at my age and various other ages, did express worry about some things, but not the same things I did, and not in the same ways. Scholarships, grades, awards, career, what?

In Spain and in France I saw for the first time how these goal posts were nothing more than cultural constructs. They were in no way universally acknowledged.

My new, if temporary, cohorts, saw their families on weekends, and whenever possible. They never missed a meal. They partied in moderation. They truly loved their friends. They lived with a sense of place, in a place that loved them back.

Of course, there were some disadvantages to be found in a life firmly rooted in a town where your family had lived for half a millennium. But the relative advantages included a calmness and a sense of identity that I did not have. Monica, the free radical. Spanish and French people, safe in their cluster at the centre, the nuclear family.

No matter. I returned to the US and, anxiety barely in hand, hopped into that hamster wheel again, ready to run, to put that education to Good Use. I wanted to work, not just hard, but really hard.

I quickly learned that working long days, evenings and weekends for $21,000 a year was little fun, regardless of the philanthropic satisfaction and the fact that I was employing my acquired and, back then, excellent Spanish every day, verbal and written, with a clientele who did not speak English and were largely illiterate.

I could not pace myself. I was there To Achieve. I made some hopeful but terribly rash decisions. Then I burned out and it was hard. I stopped and started again, heavy on the brake, the gas, the clutch…

What never occurred to me once, during all that time, was that it wasn’t my fault. I’d been so well trained to swim in the cultural waters that I could not see how implicit expectations were shaping me. My brief insights abroad were now buried in the sands of time.

But a few years into post-collegiate work, I saw very well why I was trained to achieve:

If you are super-achieving AND very lucky, maybe you have the life you want. If you are like many, you are failing, and ‘underachieving’, with only yourself to blame.

I fell off the professional ladder a few times between 1996 and 2001, and each time, I blamed myself, and hard. For not working hard enough or being smart enough, for not being patient enough, for not reading the tea leaves, for not coping well with my office circumstances. I had an expensive healthcare bill that went terrifyingly into collections. The ice was thin beneath my feet, and failed to conceal the still, cold water.

The structural safety that is built into many countries does not exist in America. There is no guaranteed education, parental leave, childcare. No protected holidays or retirement. Most importantly, for my many rash professional choices, no health insurance.

I shake my head now to think that in 2000 I was hired at Microsoft as a professional contractor and there was no healthcare insurance offered. I bought a new health insurance policy from a local organization for $48 dollars a month, in the hope that it would stitch me back together if I got in a car wreck during my commute on the way into Redmond.

In America, people change jobs in decisions that are deemed career choices, but are more often than not decisions based on needs linked to education, childcare, healthcare, and retirement.

We are trained to lean in, to blame ourselves, to shop the self-help section to learn how to deal with depression, anxiety, and more, rather than address the structural issues that directly contribute to American anxiety.

Where will I live? What will happen if I or someone in my family become ill or injured? How will I navigate new parenthood with work? Who will look after my kids while I work? Where and how will my kids attend school? Will I ever be able to stop working? What is this thing called a vacation? Will I ever know a moment’s peace? How can I ever afford any of this?

How can I ever afford any of this? Here’s what I want to put a pin in. Even a bright, motivated, hard working person, with a string of degrees and professional savvy, cannot predict how much life will cost in America in any given year.

What is the real cost? We never know. It’s not that we’re all bad at maths, or terrible at saving money, or hate vacations: it’s that you cannot predict or budget for life in America.

With healthcare alone, bombarded by co-pays, co-insurance, minimum and maximum deductibles, retail pharmacy, and out-of-pocket costs, the only and shocking option left is to try as hard as you can to make as much money as possible in the hope that it’s enough to take care of your needs.

That’s why Americans find themselves taking jobs further and further away from family, from community, and moving to schools and neighbourhoods where they don’t know anyone and no one knows them.

I haven’t even mentioned entrenched economic inequality or the invisible aquifer of racism that lies beneath the bedrock of American culture. I have not gone into my theories about collective cultural inclinations or the great self-sorting of mass migration to America, whereby in certain moments in time specific types of people found themselves, by force or choice, travelling to America to make new homes.

So, America. My fellow Americans. I am here to tell you that it’s not your fault. You are smart, and just fine as people. Americans have yoked ourselves to work over the years, but it doesn’t have to be that way.

There are structural choices we can make as a society to make life more manageable and more livable, a life in which we build meaningful community and regularly see our parents and children over dinner, in which our children are educated at no (or even reasonable) cost, in which children are looked after and the sick and injured are not blamed for having gotten themselves into this mess, in which older workers are offered a graceful and supported retirement, in which a couple of annual holidays a year are permitted to genuinely unplug, and where being with your family is not just possible, but collectively valued.

Don’t let anyone tell you that it costs too much and that we could never afford it. America is still – arguably – for better or worse, the wealthiest country in the world. It just takes some decisions, over time, to build a more just and equitable society.

It’s more likely we’ll remain in Italy to raise our kids here and eventually retire here. I feel guilt about not wanting to return to America to work for change (how American is that? arrrgh!). But it’s not my job (more American jingo) to convince people that my vision skews now towards an emphasis on what’s kind and just, and can result in a greater safety and happiness for all.

Thanks for reading, if you did, to the end. I tried to organize my thoughts as coherently as I could, but no kidding, when someone tells me that Americans work too hard and hate vacations, I could just spit.

This is a slightly abridged version of an article that was originally published on Sharp Monica blog. You can find the original version here.