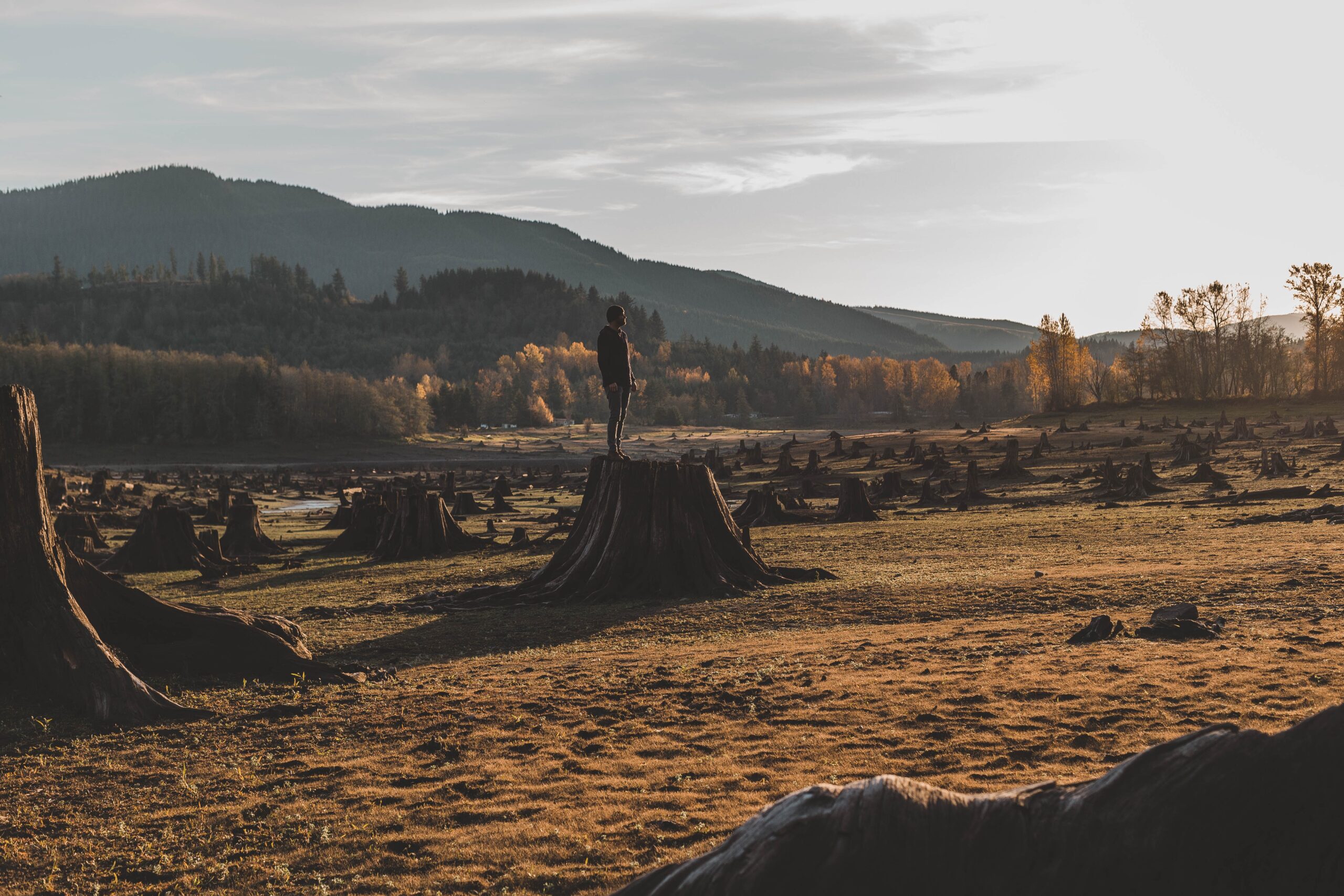 Richard Bauckham ponders the great challenge to creation posed by our everyday destructiveness.

Do you remember the early weeks of lockdown, the great pause (as it’s been called), when there was no road traffic and very little human noise?

I remember taking a walk from my home in Newnham (Cambridge)  to Grantchester along Grantchester Road, not somewhere one would normally want to venture on foot (there is a lot of traffic and no pavement). I felt like I was walking back in time to the days before motorized vehicles.

What everyone remarked on at that time was the birdsong.  There was so much more of it and it seemed so much louder. People discussed why it should be so.

Were the birds actually singing more loudly? Did they feel that they now had the stage to themselves and could really enjoy putting on a performance?

Were more of them moving into our streets and our gardens, now that the humans weren’t around? Or was it just that we were hearing them so much better without all the human noise?

That final suggestion seemed the most likely. But a few days ago I learned something interesting. Apparently research has shown that, yes, we were hearing them better, but the birds were actually singing more softly. To make themselves heard, to other birds, they didn’t need to sing so loudly. But the absence of traffic noise meant we could hear them from a greater distance. We were hearing them better and further away. I suppose the same must have been true of other natural sounds.

It helps to explain how so many people felt closer to the natural world. Among all the difficulties of lockdown and the isolation from family and friends, many people reported this as something they really appreciated.

Even those not lucky enough to have a garden or country lane nearby went to the park for their daily allowance of exercise and took delight in green spaces and birdsong. People found that nature is consoling and healing.

We know that instinctively, but lockdown gave a lot of people a fresh awareness of it.

We need the other creatures who share our world – not just for utilitarian reasons but because in some very deep sense we belong with them. We cannot be ourselves without them.

That wisdom is contained in the first book of the Bible, the Book of Genesis. Once we realise those stories in the first few chapters of Genesis were never meant to be history, then they have so much to give us.

When God created Adam from the soil of the earth, the first thing he did next was to plant an orchard for Adam to live in. Not a garden in our sense, but a woodland with plenty of fruit trees from which Adam could eat. It contained, Genesis says, “every tree that is pleasant to the sight and good for food.”

The trees were for feeding us, but they were also meant to delight us with their beauty. The author is reminding us that God meant humans to live with trees. And we now know this is even more true than we might have thought.

Life on this planet couldn’t survive without trees that soak up carbon dioxide and provide environments for any number of species.

Trees are our best friends. But for centuries we’ve been cutting them down, clearing the forests to make way for cultivation, which in the past we did need to do. But we got into the way of thinking that forests are not much use to us and we went on clearing them when we’ve no reason to do so.

And now, because we’ve become so good at destruction, we are deforesting the planet on an epic scale. Only very late in the day have we woken up to our existential need for trees and started some reforesting. But it cannot compete with the daily destruction of the rainforests or the wildfires that rage on unprecedented scales through the forests of Australia and California and, believe it or not, Siberia.

The biblical account then explains how God first created the animals and after this a special human partner, an equal, for the man: the woman Eve. This story has two sides to it. From one point of view, the message is that the animals could not provide the partner Adam needed, a partner of his own species. Adam needed an Eve. Or Eve needed an Adam. Either way: humans need other humans.

Adam then named all the animals. I don’t think that was an exercise of authority over them, as some interpretations claim. What Adam was doing was recognizing them as fellow-creatures and giving them a place in the world as humans see it. He was doing what scientists do when they find a name for a newly discovered species.

I like the picture by Barbara Jones that depicts this because Adam there is not dominating the animals. He’s looking and thinking.

We shouldn’t imagine Adam’s naming of the animals as a quick and arbitrary process. To name an animal, Adam needs to ponder it, get to know it, think of a name that will suit it. He’s getting to know his neighbours and friends, all the creatures God has made to live with him in this beautiful and life-sustaining woodland. And naming them is surely giving them a permanent place in the world he knows. He’s certainly not expecting them to go extinct any time soon.

And if Adam named the first pair of northern white rhinos, he would surely be appalled to know that many of us will have recently seen on our television screens the last two still in existence, a mother and her daughter.

And if, during lockdown, we have delighted in a renewed sense of our connectedness with the natural world, we need also to know that that natural world is disappearing at an alarming rate.

Even in our own backyards. If I had really been able to walk back in time along Grantchester Road, I would have walked into a different ecology; into a farmed landscape far more hospitable to wildlife. Even the species we observed on our lockdown walks are mostly in decline, and the species we don’t notice much, such as insects, essential to the life support system we are part of, are similarly challenged.

There’s a handy acronym – HIPPO – some conservationists use to sum up the most destructive human activities that are responsible for mass extinction.

H is for habitat destruction, which includes the effects of climate change but also more direct effects

I is for invasive species

P is for pollution

P is for population expansion (taking space and exhausting resources)

O is for overconsumption, including over-fishing.

One million species out of eight million are now threatened.

We can blame other people, of course. We can blame the newly affluent middle classes of China and neighbouring countries who fuel the expansion of the illegal international trafficking of wild animals like the lovely pangolin. How could anyone not want pangolins to survive?

We can blame people who find clearing the rainforests a quick and easy way to make money. And many deserve to be blamed.

But there is a whole system we are all part of. How can we stop contributing to it? It’s absolutely not for me to prescribe. We can all take small steps and we all need to think what they might be for us in our own lives. Maybe we have taken some steps in the past and it’s time to think what else we can do.

Turning to the New Testament, one of Jesus’ beatitudes is: “Blessed are the peacemakers, for they will be called children of God.” Peacemaking is what God does, and so we shall be his children if we do the same.  At this horrifying climax of the long war humans have waged against other species, how can we finally make peace with the natural world?