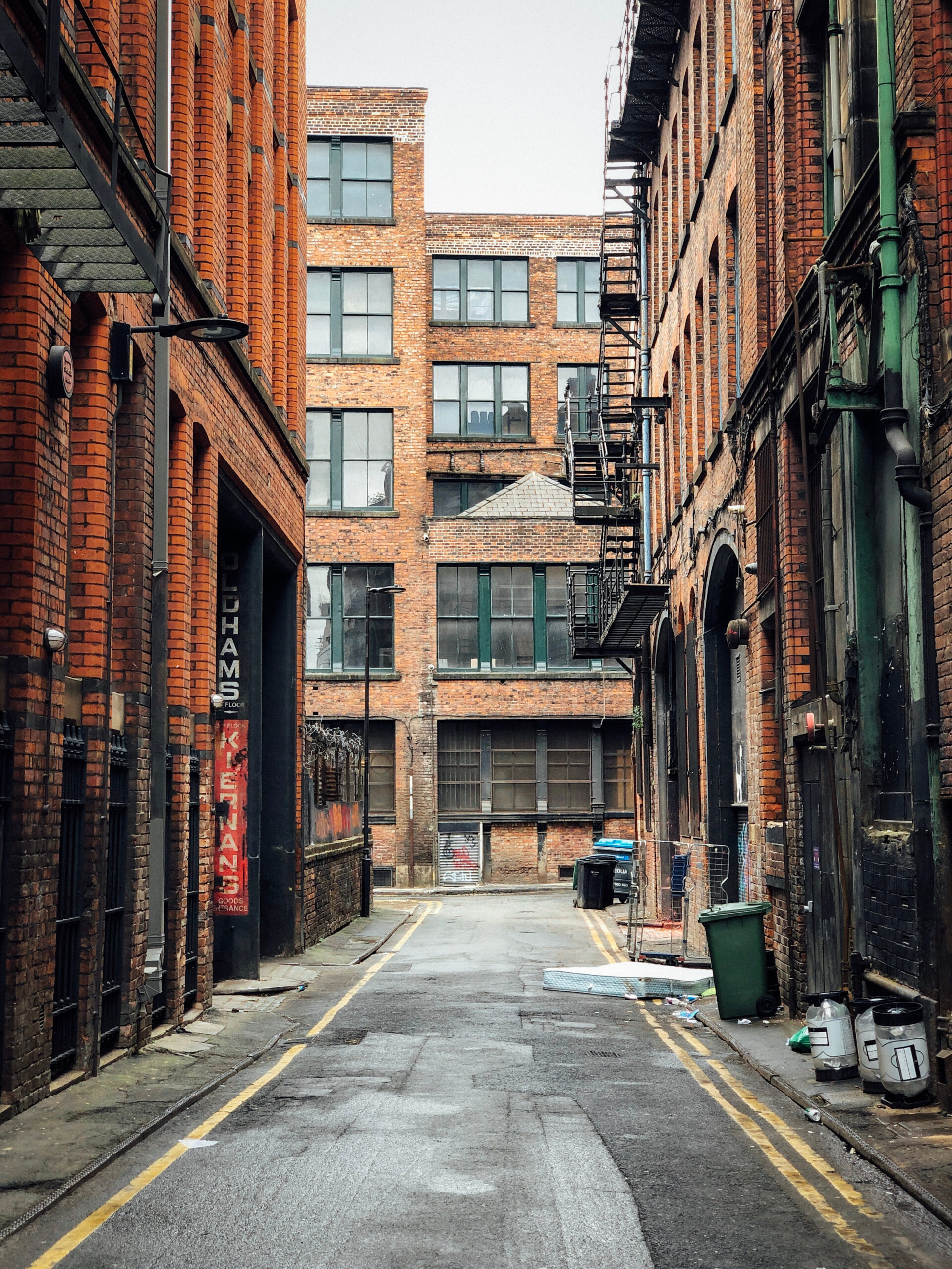 Self-confessed commoner Adam Brocklehurst explains how the aristocratic Lucinda Lambton has helped him see the world around him with new eyes.

The great influences on our lives are usually relatives or friends. Occasionally they may be teachers or clerics who left a mark on us through their didactic enthusiasm or words of wisdom. But they are people we have actually come across, whom we have personally known, who move within our circles.

But in my case, a person who has greatly influenced my life was a woman I have never met, from a different world to my own, but who has opened doors in my mind that I didn’t know were there, let alone closed.

Lucinda Lambton, one of the more original architectural historians England has produced, is rather neglected nowadays. This wasn’t always the case and for a while she came perilously close to being that most British of institutions, a national treasure. For those of us of a certain age she was instrumental in not only fostering a love of architecture in us but guiding us away from orthodox areas of interest into more niche pleasures (she could sing the praises of concrete with the aplomb and levity of someone discussing a Rodin sculpture).

Lambton was born in Newcastle Upon Tyne in 1943 and raised near Durham in the charming eighteenth century Biddick Hall (now a wedding venue and film location). Her father was the conservative politician Lord Lambton, a somewhat rakish personality who died in self-imposed exile in Italy in 2006. She is kin to the late Conservative Prime Minister Alec Douglas-Home and her sister is the actor Anne Lambton. She left school without any formal qualifications, becoming a professional photographer for the Evening Standard.

Always unconventional in her outlook, when her mother pushed her towards high society and a conventional marriage, she rebelled against the social expectations of a female of her class, selling her expensive debutante wardrobe for a pittance, and sallying forth to make a life of her own. This led her into a career as an author and broadcaster, researching, writing and presenting numerous programmes on architectural themes for national British television.

Her enthusiasm for subjects she is fascinated with is infectious and she is known for her warm approachable style. She treats everyone with equity, including royalty (she once upset HRH Prince Philip, the Duke of Edinburgh, by referring to the Queen as his wife rather than Her Majesty).

In a string of hit TV series in the 1980s, Lambton explored the vivid histories of such items as Queen Mary’s cigarette holder, left behind after a tea party, and a macabre book, bound in the skin of a man hanged for murder. One of her more unusual offerings was the self-explanatory On the Throne – A History of the Lavatory.

Her brand of lively rhetoric (someone once described her as possessing a ‘pulchritude of sheer eccentricity’) was a contrast to the sober and academic approach of historians and documentary makers of the time, such as the now authoritative Sir Nikolaus Pevsner. Though less of a presence on our televisions today, Lambton continues to write, including excellent pieces for such magazines as the Oldie.

Whilst her entire written and broadcasting legacy is impressive, in my opinion her most powerful spoken essay is concerned with the great Midland Grand Hotel – a splendid neo gothic confection standing at the entrance to London St Pancras station. Her elegant panegyric is part-poem part-soliloquy, and she invites the viewer to follow her inside for an intimate viewing, in her own idiosyncratic way.

George Gilbert Scott’s fine hotel opened its doors in 1873 (he described it modestly as ‘too good a building’).

It was luxurious, as befitted a hotel in, at that time, what many in England considered to be the greatest city in the greatest Empire in the world. It boasted 300 bedrooms (though none with private bathrooms) and such modern amenities as hydraulic lifts, and a women’s smoking room.

But by 1935 it was unfashionable and was proving too expensive to maintain and its long period of decline began. This glorious white elephant of a building eventually became office and storage space for that most banal of institutions, British Rail.

Things were not looking good for the former hotel. Victorian architecture had taken a perpendicular dive in public opinion, perhaps an unintentional side effect of the light thrown on the era by Lytton Strachey’s Eminent Victorians, a book which exposed the social hypocrisy prevalent behind the thundering morality of late 19th century British society and the great stone relics that acted as concrete reminders of it.

The architecture of the period was held in such disdain that in 1961, in an almost unrivalled act of vandalism, the sublime Euston Arch, entrance to the mother of all train stations and the monument par excellence of the railway age, had been demolished. The national outpouring of guilt, after the fact, did much to motivate conservationists to prevent the Midland Grand meeting the same fate.

Initially the saviour of the hotel came in the guise of Sir John Betjeman, the English poet and conservationist, who was an early champion of Victorian architecture. And thankfully in 1967 the building was granted Grade 1 listed status, the highest preservation order a building in England can merit.

Lambton took over the reins from Betjeman as spokesperson and defender of the building and waxed lyrical on the beauty and importance of the station’s ‘gargantuan gothic gateway’. What captured my imagination was not the grandeur of the great public rooms but her enthusiasm for the modest ephemera of the long-disused hotel, such as the utilitarian beauty of the kitchen tiles or long forgotten awnings. As she poked around behind the scenes, she breathed life back into the darkened corridors and captured the essence of its ertswhile inhabitants. What Lambton taught us is that a building has value even in the atmospheric peculiarity of its dilapidated state.

In her own indomitable way, eschewing the sterility of the National Trust house and the patrician uniformity of Wren churches, she entered public houses, swimming pools and sewage treatment plants, giving the vernacular the five-star treatment for the first time.

She thereby broadened what was allowed to be considered aesthetically pleasing and democratised the enjoyment of architecture along the way, making it fully accessible and relatable to all.

This was a revelation to the teenage me. There were no great works by the classical repertoire of British architects in my native Manchester, a sprawling city in the North West of England, no works by Inigo Jones or Robert Adam, there were no thatched cottages, few Georgian terraces, and just one truly ancient church.

What there was in abundance, however, were splendid Victorian gin palaces, grandiose cemeteries, more imaginatively planted and thought out than the city parks, and the crumbling suburban mansions of 19th century merchants hidden behind high walls and tall trees. And everywhere great soot-blackened gothic and Italianate warehouses, built to look like Florentine palazzi, endless blocks of them.

Manchester, with its neglected mercantile and imperial grandeur, was the perfect locus for Lambton’s architectural philosophy. And she gave me the vocabulary that was key to understanding what I was seeing.

Thanks to her, I understood that Victorian architecture could be read like a book, that it was filled with implicit symbolism, there was intention in the type of foliage that was used to decorate a capital, intention in the style of brick and how it was laid, in the calligraphy used to carve a name or number.

She demonstrated how we pass through our towns and cities and miss so much. If we just bothered to look around us, we could enrich our lives. There is no need to travel 100 miles, get on a plane or pay exorbitant entrance fees to see a great soulless stately home, there is beauty to be found right outside your front door, in the very bricks and mortar, in the shop fronts and factories.

This woman, from the highest reaches of the aristocracy, taught a young man from the polar opposite of the class spectrum how to love the world around him.

And most importantly she taught me how to value the humble and the modest, to give energy to the discarded and unloved.

The gift that Lambton left me with was a desire to understand, to read what is implicit in the world and perhaps to discover more.

Our lockdown during the current Covid-19 crisis has necessarily shrunk our world. We can no longer take for granted outings for art and culture, and it’s quite possible that, at least here in England, we will soon be in full lockdown again as the inevitable second wave hits us.

But this needn’t be a totally bad thing; rather, it could provide an opportunity to get to know our locality better, to teach our children to appreciate what is already around them. Perhaps if we could look up from our mobile devices long enough, we would see how lucky we are to live in a world so richly endowed with beauty, even in the most unexpected and impoverished of places.