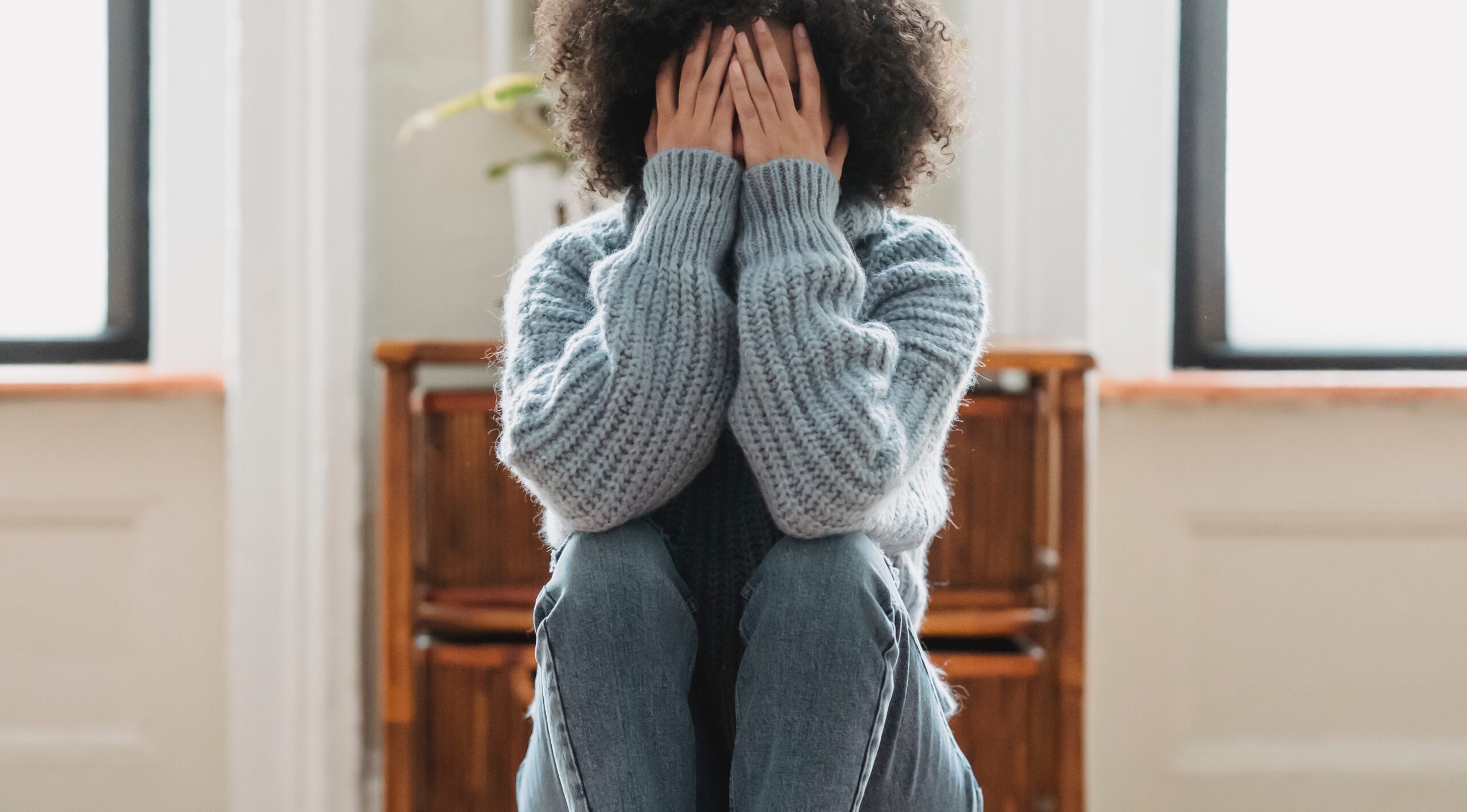 “How are women to grieve in a society that does not recognize their children as real babies?” asks Ashleen Menchaca-Bagnulo.

The most foundational evidence for the value of the human person is the child in the womb, whose life creates beauty and obligations, possessing all the hope of humanity.

When life in the womb has an ambiguous civil, social, and legal status, how can the fabric of our civilization hold together? The unborn child is the most singular affirmation we possess that our existence is not pointless.

When I first realized I was miscarrying my second child, John-Joel, I was on my way to work. I stopped what I was doing and called my doctor. In a calm voice, the receptionist told me a nurse would call me back. The nurse was kind and solicitous when she returned my call, but it was clear she had given these instructions countless times. Inside, I was hysterical. Her voice was so calm and unhurried. I could tell that, to her, I was just another obstetrics patient who had to monitor how much she bled.

I got to work, wondering how I could possibly continue through my day. I felt like I was in the process of losing my child, because I was. But no one I had confided in was treating me like my baby was dying.

As we all do, I take social cues from my surroundings. Was this a big deal? If I told my employer, would they think it was a big deal? I taught class on autopilot that day, embarrassed and worried about the impression I would make.

I’m still haunted by the thought that I failed to carry my baby to term, and failed to honor him properly in death.

Eventually, as I talked to more women, I realized: this is what it is like to miscarry in the shadow of abortion. Legalized abortion is based on the belief that life is not always worth living. It teaches us that our worth as human beings is not innate or unchanging – that it is, instead, dependent on whether or not others find us desirable.

On both a personal and societal scale, this idea jeopardizes our ability to find meaning in our own lives. The consequences ripple outward. As we internalize and act on this belief, we become more and more mired in the nihilism of the culture of death.

Miscarriage is one of the most unusual types of mourning a person can experience. We lack a shared language for understanding miscarriage. Yet miscarriage is common, with one in eight women who know they are pregnant losing their babies.

This number does not include miscarriages from unknown pregnancies. One in six women who experience early pregnancy loss develop post-traumatic stress symptoms. In a 2020 BBC report, one woman said, “I felt my grief was wrong because it wasn’t a real baby – but I was in complete shock.”

Given the fetus’s ambiguous status in our culture, it is no surprise that understanding miscarriage is difficult. How are women to grieve in a society that does not recognize their children as real babies?

Thanks to my faith, I could turn to the Bible: “For you created my inmost being. You knit me together in my mother’s womb. I praise you because I am fearfully and wonderfully made.” As a believer, my lost child’s identity is clear in the light of God: created, beloved, wondrous, a living being that passed.

But how do I explain this loss to those who do not share the concepts of my faith? Will my broader academic and cultural community understand that I am mourning a dead child? Will they be able to appreciate the immense devastation that I will carry with me until I die? Will they be able to grieve with me, as a good community should?

Or is my loss just another type of ineffable and inexplicable experience of isolation to add to the endless litany of loneliness in late modernity, another erosion of mutuality?

Perhaps others can only sympathize with my grief, without acknowledging that I am really grieving a person. My grief might matter to them solely because of my sadness, and not because the world lost a beautiful life.

Some members of my social and professional network privately believe my lost child is just another spontaneous abortion, a clump of cells that I passed. But out of politeness, acquaintances might acknowledge a miscarriage as a loss when the mother is saddened, even if they think she is deluded.

I want to ask such people, “How can someone be valuable only because I value them, and not valuable in themselves?”

In the eyes of the world, John-Joel’s life was valuable simply because I wanted him. His entire worth is predicated on my desire for him. I never saw his face. He never spoke. He never acted. The only definitive proof of his life I could have given to the world ended up in a toilet.

In an era of female empowerment, how is it that, to so many, I am just another hysterical woman disconnected from reality and blind to science because I mourn my miscarriage? My fertility is not the grounds of my dignity, but neither is it incidental to who I am. Ignoring that I carried and lost a life in my own body does not help me in any way.

As a woman, modernity has given me a lot. But it does not escape my notice that I miscarried while teaching about the American Constitution, the same text that supposedly bestows the right to end a pregnancy. No shared vocabulary was available to convey what was happening to me. This lack of common language surely is tied to the fact that the Constitution fails to adequately recognize my lost child as a person.

Miscarrying in a society where Roe v. Wade is sovereign left me the closest to succumbing to the nihilism of this age that I ever have. The only thing that saved me from that pit was holding in my hand the positive pregnancy test, the evidence that John-Joel was here.

As time goes on, I’ve reflected on both John-Joel’s death and its legal status. I not only think about how much I miss him, but I also grieve knowing that, had he been born alive, he would be socially recognized as someone to miss. The destructive nature of abortion damages even the women who do not choose it.

More than this, though, I realized that our inability to mutually recognize an unborn baby as a living being has led us to lose the ontological grounding of all of social life. Walker Percy writes, “You live in a deranged age – more deranged than unusual, because despite great scientific and technological advances, man [or woman] has not the faintest idea of who he is or what he is doing.”

For all our progress, we despair because we have no way of answering the Wisdom of Silenus: “For you, it would be better that you were never born.”

The only answer to Silenus is the silent existence of a child in the womb, whose life matters not because of anything that he or she has done, but simply because he or she exists and existence is good.

The most foundational evidence for the value of the human person is the child in the womb, whose life creates beauty and obligations, possessing all the hope of humanity. The moment of our conception reflects and reveals a metaphysical truth: it is better to be than not to be.

When life in the womb has an ambiguous civil, social, and legal status, how can the fabric of our civilization hold together? The unborn child is the most singular affirmation we possess that our existence is not pointless; that its goodness is not contingent on our status, possessions, or capabilities; and that the continuation of humanity, despite its brokenness, is worthwhile.

Failure to recognize the wonder of unborn life emboldens our political and economic institutions to determine who matters, evaluating human beings’ worth based on the production of sufficient power or capital. Our metrics of meaning become wholly subsumed by the categories we use to evaluate our economies or political institutions. They become the standard of life instead of life serving as the standard by which to measure them.

When we look at each other, there is silent and mutual knowledge that we are only here because someone decided to allow us to be. If that person had wanted, we could have been snuffed out in an instant.

The closer our legal system comes to abortion on demand, the more likely we are to continue our plunge into the nihilistic despair of living in a world where meaning is created, not given by nature. If life isn’t self-justifying, some will fail to create anything that makes their existence feel worthwhile. They will be powerless to resist the pull of nihilism’s consumptive void.

This is a slightly abridged version of an article that was originally published here on the Witherspoon Institute’s Public Discourse.

Ashleen Menchaca-Bagnulo is a native of south central Texas and Assistant Professor of Political Science at Texas State University.