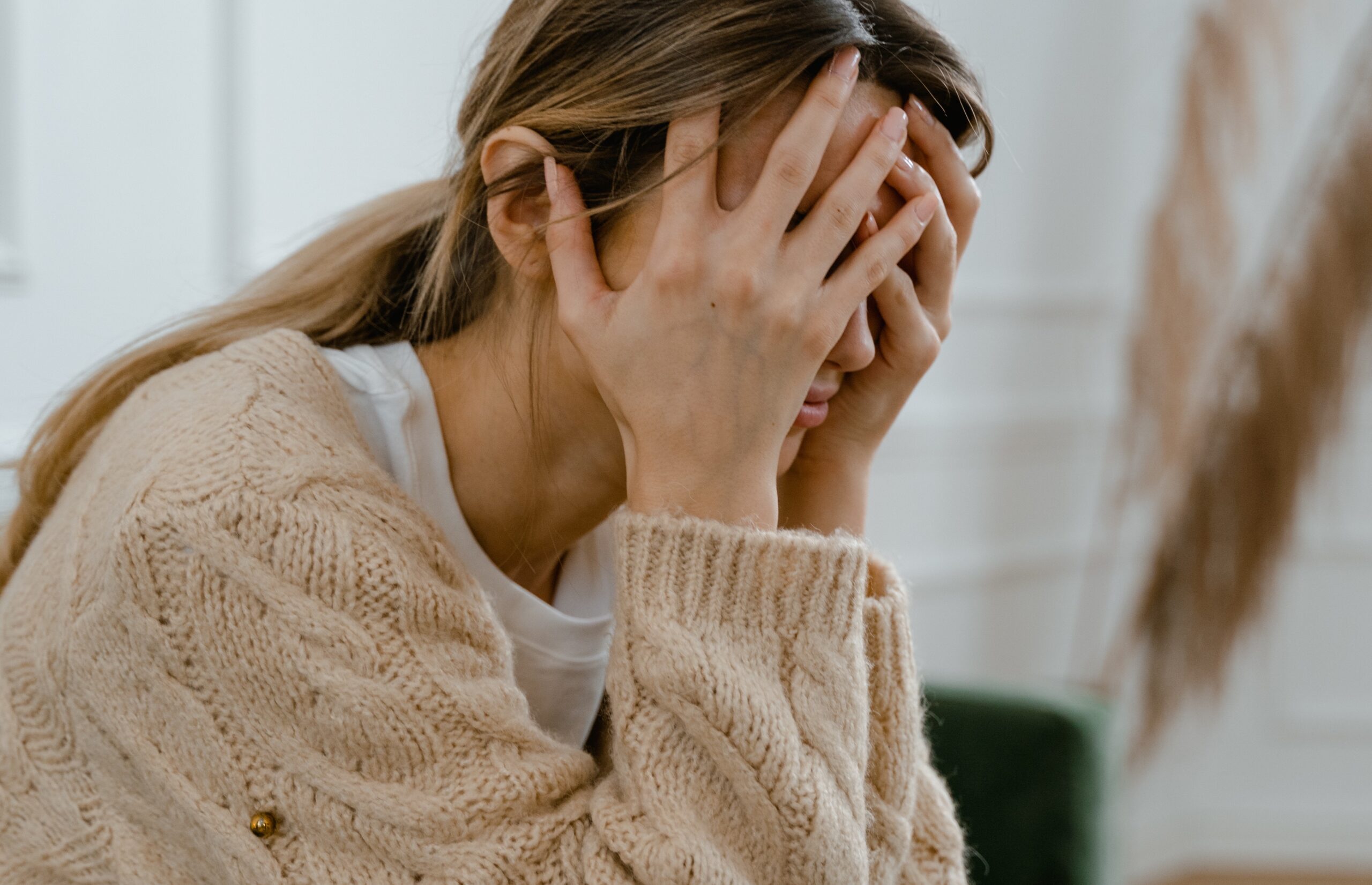 Madi Apthorpe dares to mention the unmentionable in a plea for more openness on women’s health issues.

Personally, I don’t remember any lessons on menopause from my school days. Maybe it was mentioned among us students but because of our youthful ignorance it probably wasn’t anything more than ‘the menstruation train reaching its final destination’. I’m paraphrasing. I’m sure we knew even less about it than that.

Recently I have been wondering why exactly I don’t remember being taught about what will one day happen to my own female body – yet I do have memories of repeatedly having to label a diagram of a male penis. This has left me a little curious.

I asked a few friends of mine if they had any recollection of being taught about menopause at school and from pretty much all accounts, it was a resounding no. What is even more bizarre is that my school friends and I went to an all-girls school!  If the reason that the menopause isn’t in a school syllabus is because it wouldn’t be to the benefit of male students, then why weren’t we taught it? The only males I knew of at my school were the staff.

Fortunately for present-day schoolchildren, this is no longer the case. As of September 2020, menopause now features as a part of the RSE curriculum in UK secondary schools, as well as fertility and hormones. Through holistic teachings about women’s reproductive life it will hopefully equip future generations to navigate this natural phase of life.

The ‘tabooness’ of menopause may be pinpointed to patriarchal systems that have been in place for centuries. But I believe it is more complex than that and tied up with years of misunderstanding, lack of research and the uneasy combination of ageism and sexism.

Let’s start with some basic biology. Menopause is when a woman’s fertility comes to a natural end. It can take years for this point to be reached and it is typically defined as when there have been 12 months without a period. Usually it hits in the late 40s to early 50s but in one in a hundred cases it can come before the age of 40. It is estimated that a third of the female population is currently menopausal or perimenopausal.

Whenever it occurs, it’s a predetermined fact of female anatomy that one day you will hit menopause.

The journey begins in childhood where a rough estimate of one to two million eggs reside in the ovaries encased in follicles. During puberty a part of the brain called the hypothalamus (which releases hormones, alongside other roles) sends out follicle-stimulating hormones. Most eggs die whilst maturing from follicles which leaves only around 400 ever to reach the ovulation process.

Oestrogen produced in this process helps repair the uterus lining for the next fertility cycle – a 35 to 45-year cycle of pain and irritation which ovary possessors know all too well. When menopause is approaching follicle activation drops, meaning eggs are no longer formed and oestrogen levels decrease pretty drastically, resulting in menopausal symptoms.

Menopausal women are the fastest growing group of workers in the UK with an estimated 4.3 million people in this category. At present there is no legal obligation for employers to have support measures in place for those going through the menopause.

It is then no wonder that in Davina McCall: Sex, Myths and the Menopause, a documentary aired in the UK on Channel 4 earlier this year, nine out of ten women interviewed said that going through menopause had a negative affect on their working lives.

The little-to-no conversation in society about menopause has clearly trickled into the workplace, creating environments where women feel they may not be taken seriously if they come forward and speak to their employers and colleagues about their symptoms.

However, the flip side of the coin is that special treatment at work because of menopause or other symptoms might also hinder their ability to get on with their jobs, which few women want unless they really are ill.

Whether it be stepping down from senior positions or being berated for taking time off work, menopause can have hugely detrimental effects on professional life.

But the toll menopause takes on people extends far further than the workplace. Even though everyone who goes through menopause has a unique experience, there are common symptoms that affect many women. Hot flushes, sleeplessness, joint pain, irregular bleeding and vaginal dryness are pretty common and often very uncomfortable.

Aside from the physical aspects, many women report feeling anxious and depressed, often complaining of ‘brain fog’ where their concentration levels drop and they’re left forgetful, commonly reporting being in a supermarket with no clue what they need to buy.

But positive changes are gradually being implemented. Awareness in the workplace of the impact of emotional and mental well-being is growing with some of the big corporations providing access to counselling and therapy. The impact of isolation caused by Covid-19 has significantly raised awareness of health issues and the physical and emotional impact of the menopause should be included but not treated exclusively within this overall approach.

Thankfully we live in an age where women are empowered, both in family life and in the workplace, yet it’s understandable that the psychological challenge of accepting that your fertility is ending can take a serious emotional toll, with some women feeling lost without a ‘mothering’ potential.

For many women who value motherhood and having children, menopause is not simply a blessed release from pain and discomfort. The end of fertility means the closure to the joy which having young children brings, for all the sacrifices involved. And it also brings another psychological challenge which crosses gender boundaries: the awareness of ageing.

Not surprisingly, therefore, and though rare, there are cases where women have felt so low on the dark path which menopause has taken them down that they have experienced suicidal thoughts and a sense of identity loss. The amalgamation of discomfort and pain, hormonal and psychological changes, can make people feel entirely isolated.

Not all people experience menopause in this way, however. There are countless articles stating the many aspects of menopausal life there are to look forward to. For one, no more periods, PMS symptoms and pregnancy scares – liberating! There’s also something called the ‘menopausal zest’, a phrase linked to cultural anthropologist Margaret Mead who famously said: “The most creative force in the world is a menopausal woman with zest!”

This rush of energy and creativity can grant some women a sense of newfound freedom.

Sadly, some women who reach menopause feel all the older and less the wiser. They are met with a society where ageing isn’t always welcomed with open arms.

The suffering of the menopausal woman at this juncture, where the sexism which stalks women like a shadow throughout their lives meets a new shadow, that of ageism, is sidelined by nearly every part of society.

Menopause is scarcely mentioned on screen, if it ever is, it’s usually in quite a censored and controlled way. Only recently has the topic of periods, the youthful and more well-known cousin of the menopause, become something that I’ve noticed being more openly discussed online and in the media.

If the media were to create more shows that touch on menopause it could be responsible for uncensoring discussions on menopause and alternative therapies such as HRT in homes and between colleagues. The media could play a vital role in spurring someone on to find help or realising a certain treatment may not be the right one for them. Maybe this ‘uncensorship’ is something we need more of in the media, because often what we consume there becomes the new normal.

A 2019 study in Mexico set out to study the media’s influence on attitudes, behaviours and beliefs among social groups and individuals. Participants were instructed to listen to a soap-opera radio show that told the story of a relationship which gradually became more violent. The results of the study revealed that those who listened to the show in a community rather than an individual setting were more inclined to say they would educate future generations on gender equality, more likely to sign petitions to end domestic violence, and also more likely to intervene if they witnessed such violence.

This social effect, known as the indirect effect, of media consumption showed that attitudes became more open-minded and progressive in group settings when clearly confronted with domestic violence. Could a similar logic be applied to attitudes towards menopause?

The positive effect of media consumption on the public could indeed be one of the catalysts for change when it comes to wider societal attitudes to menopause.

For those feeling alone in their experiences with menopause, seeking support from friends, sisters and mothers who have had similar experiences is an easy yet highly effective way to assuage worries and anxieties.

There are also multiple Facebook groups online where people can exchange experiences, personal stories and offer support. Communities and online spaces like this are so important and must keep growing in order for menopause to cease being a taboo topic. If something affects half the world’s population but is discussed by far less than that, something has to change and the screen and online might just be the places to start.

Enjoy this piece? Click here for an exploration of the essence of female identity in a world of ever-changing stereotypes (and pronouns).

Madi Apthorpe is a Journalism Masters student based in London with a moderate to severe jewellery addiction. You can usually find her sat with a cup of tea and maybe a cheeky chocolate bar in hand, curating new Spotify playlists that reflect her mood or out with friends discussing television's newest additions. She is an advocate for social justice and passionately believes that everyone, no matter their background, deserves the chance to tell their story. She believes that through exchanging anecdotes and experiences, discussions about important topics such as mental health can open up and hopefully lead to a more united and positive society