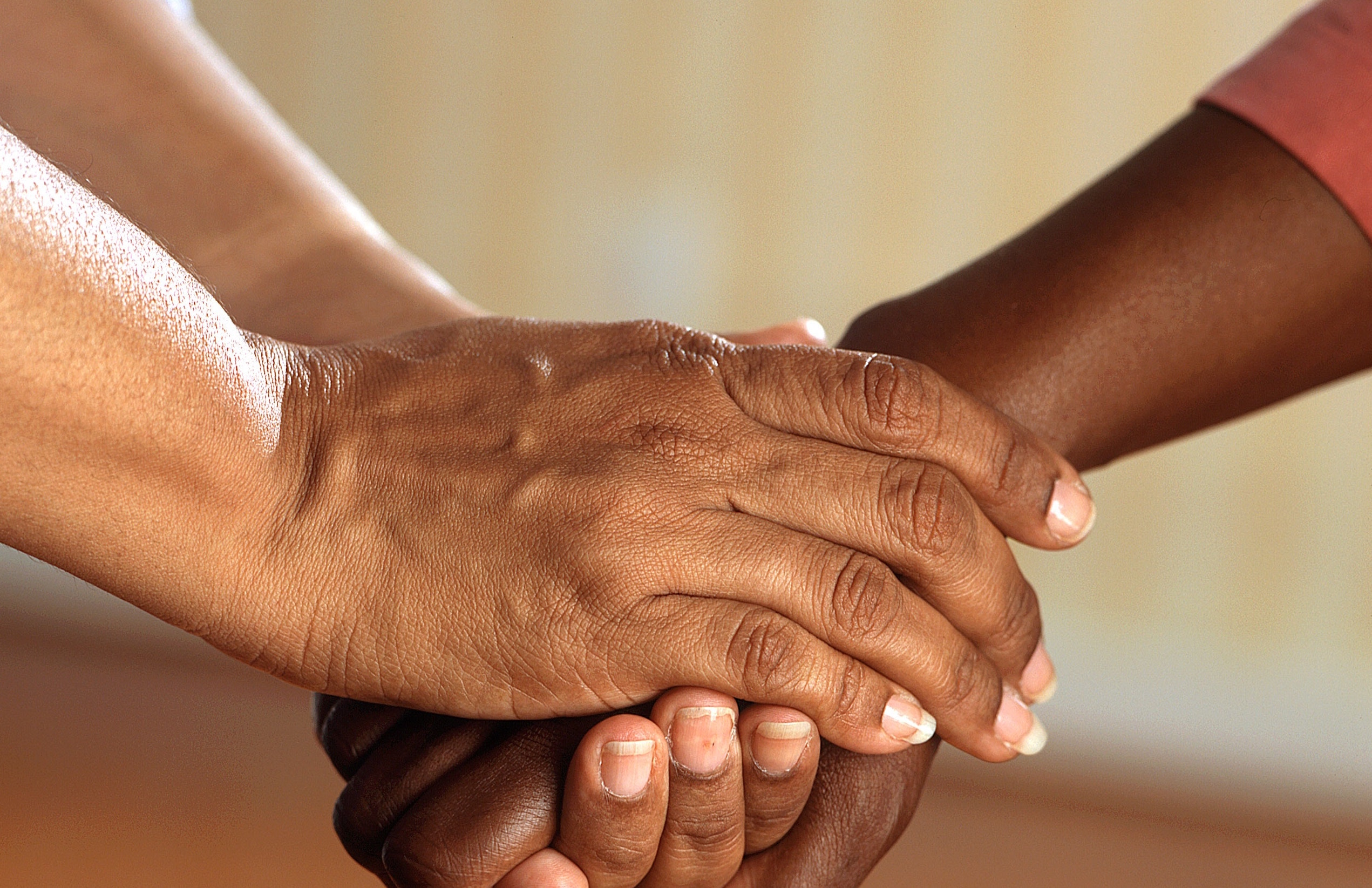 Why has there been such a breakdown of trust in our society, and how can we overcome it? Asks Juan Narbona.

“Kings need three things to rule,” said Confucius to his disciple Tsze-Kung, “weapons, food and trust. If a ruler cannot possess all three, he must first dispense with weapons; then, if necessary, with food; but he must never, never lose trust.”

You don’t have to be a king to realise the Asian philosopher’s intuition. Trust is essential for any relationship to be sustained over time and to bear fruit. Applied to us, Confucius’s food or weapons might be a company’s sales’ record or a married couple’s financial situation. These are favourable or difficult circumstances, which come and go.

But if we stop trusting the other party – our employees, our boss, or our spouse – then working to build something together becomes meaningless. On the other hand, when we can hope that the other will meet our expectations, even if we are not certain of it, progress is more likely to be effective and satisfying.

As with other seemingly obvious concepts, trust is not easy to define, even though we all know what it is and experience it every day. We can understand it as ‘a leap in the dark’, a commitment based on confidence in the reliability of the other party. Trust has been defined as the ‘lubricant of social life’ (Eric Uslaner).

It is not surprising, therefore, that in recent times there has been some concern about the absence of trust in society.

Various surveys published by Edelmann, Gallup or Ipsos show that, since the mid-1990s, citizens’ trust in institutions which for centuries have formed the backbone of society has been steadily declining.

A study published by Ipsos in the UK at the end of 2020 showed that distrust in certain groups in society is enormous. Perhaps predictably the least trusted are politicians (15%), journalists (23%) and business leaders (30%). These are good times, however, for nurses (95%), doctors (93%) and engineers (86%), professional categories which have the support of public opinion.

The question arises spontaneously: What is the reason for the progressive and selective decline in trust?

Experts point to two reasons: the widespread spread of a culture of suspicion and a decline in the quality of information.

How has the ‘culture of suspicion’ been formed? In recent years, various scandals have generated crises in companies and institutions in a wide variety of sectors. The Panama Papers, Facebook and Cambridge Analytica, Volkswagen emissions, sexual abuse in the Catholic Church, and the confusing information about the Covid-19 vaccines have all generated widespread public unease. These cases involve organisations that have lied to their audiences, and the audiences are uncomfortable with them.

Lies do horrible harm to human, business and social relationships. A famous quote by Nietzsche reflects the consequences of falsehood very well: “What bothers me is not that you have lied to me, but that from now on I will not be able to believe you.”

In other words, lying is not only bad in itself, but it undermines our ability to communicate the truth in future.

Lying to save an apparently greater good (the prestige of a company or the reputation of the pastors of the Catholic Church, for example) has always been and always will be a temptation, but we have learned with pain that telling the truth is a good which, however painful at the time, bears fruit in the long run.

On the other hand, those who ally themselves with deceit have to assume they will henceforth be regarded with suspicion and doubt. The damage caused by lying is contagious: when an organisation lies and is found out, public suspicion spreads to all organisations or professionals in the same sector.

On the other hand, one can see the enormous power and value of truth, simply by noting the harm done when it is betrayed.

Along with lies, the second element that fosters social distrust is fear, which originates from the numerous pieces of information (or, often, misinformation) which circulate on a daily basis – especially since the internet has made it easier to spread news – and which make us feel vulnerable.

It used to be easier to manage local events or threats, but now any crisis, denunciation or disaster weighs on us. A pandemic worsening in one country, a bank going bankrupt on another continent, or a priest or teacher accused of inappropriate behaviour in a distant school are hammer blows that shake the walls of our ordinary lives.

Thus, little by little, our willingness to trust has been exhausted. We no longer know who is right, which expert to believe , or which politician is sincere, and this generates a strong sense of fragility and lack of protection.

In an increasingly interconnected society, it is easy for citizens to feel vulnerable and fragile, to perceive that our lives – our savings, our information, our education, our rights, our faith and so on – are dependent on forces beyond our control.

As a professor at the School of Communication of the Pontifical University of the Holy Cross, I have the opportunity to train some of the future spokespersons of different institutions of the Catholic Church, one of the organisations that is publicly viewed with suspicion.

In the aforementioned Ipsos survey, trust in priests was also evaluated and, although they scored better (56%) than politicians and journalists, the numbers are quite far from the 85% of support they received in 1983.

Obviously, one of the most common topics of discussion with my students is to analyse how the bad behaviour of some of its representatives has affected the Catholic Church’s reputation in society. Various scandals have shaped the public’s image of an institution that has defended itself rather than the people it was meant to protect.

What can communicators do for the institutions they work for? Is it possible to inspire trust again? The initial reaction of my students is to ‘defend’ the institution they belong to (be it the Church in general or the specific part they work for). For them, it is hard to admit its fragility: it is as if admitting past mistakes would undermine future legitimacy.

However, they soon discover that the goal of communication is to introduce light within the organisation, because if it does not put itself at the service of its public it is useless.

Communication should begin with fostering a culture of truth within an organisation. Only then will it have any hope of transmitting a convincing message to those outside of it.

When Aristotle asked himself what a man could do to inspire trust, he proposed three elements which any institution seeking to rekindle confidence in itself would do well to follow:  integrity (fidelity to one’s own values),  benevolence (to seek the good of others) and competence (to know how to do good).

Following this wisdom, an organisation (or person, or family) can start again after a crisis by asking itself: What are we together for? In other words, what is our essential purpose? What can I do for my clients (or my family) – and not just for myself? Do I know how to do it?

When trust has been lost, the first step is to ask for forgiveness as long as there are people who need it. Saying sorry is an act that has enormous power when it is done sincerely and consists of three parts: acknowledging the wrong done, repairing as far as possible the harm committed against the other party, and correcting the circumstances that may have led to that wrong.

This is a prerequisite for putting the good of  people at the centre and placing the ‘prestige’ of the institution or our personal prestige in a secondary position.

The philosopher Robert Spaemann said: “Only he is trustworthy who is willing to accept defeat.”

Admitting that it was wrong is often the best demonstration of a person’s or an institution’s value, even if it is a hard pill to swallow.

We need truth and light, even if it hurts. We need them in the Church, in banking, in business, in politics, and also in our personal lives. Only then will society once again enjoy the freedom and freshness that trust brings to relationships.

Prof. Juan Narbona is an Associate Professor of Digital Communication and Information Markets at the Pontifical University of the Holy Cross in Rome. He has a PhD from the School of Church Communications at this same university. His interests include internet and Church communication, social media strategy, and trust and communication.