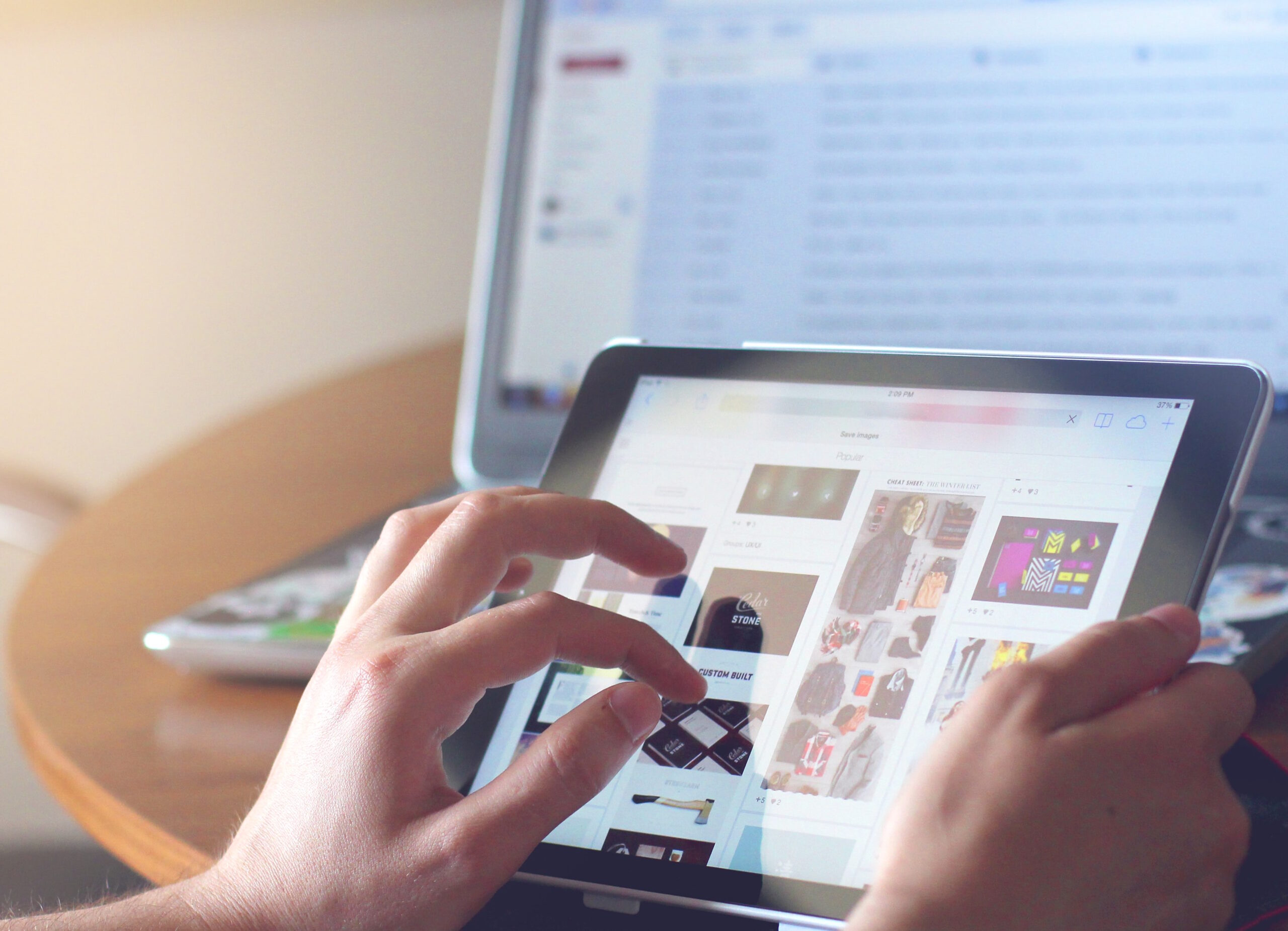 One of the most memorable scenes in the classic ‘80s UK sitcom Yes, Prime Minister is Premier Jim Hacker’s notorious rant about the ways Britain’s newspapers nakedly pander to their readers’ prejudices.

Bernard Woolley, often the cleverest person in the room, then delivers the immortal line: “The Sun’s readers don’t care who runs the country so long as she’s got big t**s.”

Alas, it’s a scene that seems to be losing relevance. The solvency crisis faced by the media has escaped nobody; yet the pandemic has highlighted a wider lack of trust in the more well-established print and broadcast outlets. Even respected institutions like the BBC have to constantly field accusations of bias and elitism.

Furthermore, the ways people define themselves politically no longer run along a strict partition of left and right: gender, race, class and age differences intersect in more complex ways, and people are likely to want publications that either reflect or transcend this.

The decline in traditional local newspapers providing communities with geographically-focused news has been another major change, compounded by a growing sense that the media is overly-focused on London, reliant on recruiting well-heeled graduates from elite universities who work for little or no money.

Yet the crisis has prompted a number of creative responses, with a range of niche magazines and news sites having sprung up in the last half-decade.

This doesn’t mean the end of partisan politics. The magazine The Critic, founded in 2019, states that it ‘exists to push back against a self-regarding and dangerous consensus that finds critical voices troubling, triggering, insensitive or disrespectful’. Its recent stories include the claim that algebra is a cure for ‘wokeness’ and a criticism of the law banning fox-hunting in Britain.

The website The Drum raises the question of whether there is a need for ‘another conservative contrarian magazine’, even though The Critic’s website states that the magazine’s writers serve no ‘party, faction or cause’.

Other new publications have opted for a more explicitly left-wing stance, including The Canary, the Bristol-based campaigning news outlet whose stories include analyses of the class inequalities propping up the city’s two-tier education system, as well as a critique of the Labour Party’s decision to revoke filmmaker Ken Loach’s membership. Although it describes itself as ‘independent’, The Canary critiques what it sees as the ‘handful of media moguls’ who control a ‘largely conservative’ mainstream press.

What are the implications of all of this? Although the likes of The Critic and The Canary promote a specific ideal rather than a nebulous sense of being ‘left wing’ or ‘right wing,’ it could be argued that they are simply an old medium in a new skin, appeasing people’s preconceptions even when they claim to be part of a nouveau awkward squad wrenching them away from their comfort zones. Yet does this even matter if it happens to be what people want?

Is being a slave to readership bias inevitable for any publication that tries to have substance?

Other titles such as the website UnHerd, founded in 2017, attempt to plough a more balanced furrow. Executive Editor Freddie Sayers describes the site’s mission as reaching out to ‘clever people who are worried about the world’ but who ‘don’t feel well represented among the left-wing and right-wing tribes, and want to think for themselves’.

A large part of this is a refusal to be what he calls ‘a grumpy reactionary voice’, and it’s significant that the magazine’s contributors boast a hefty collection of writers from across the political spectrum. They include Ayaan Hirsi Ali, David Hockney and Giles Fraser. In a departure from large swathes of the media, all of their contributors are paid, even writers at the beginning of their careers – which is always a good sign.

Some might say it’s unrealistic to try to have a publication with a non-partisan editorial stance. Yet Sayers insists that it’s a vital space to occupy in a world dominated by the culture wars.

“There’s too much of a sense at the moment that victory above all is what matters. We want to encourage people to remember bigger truths while realising that respectful disagreement is a good thing.”

It’s a formula that seems to be working; UnHerd’s readership is six times bigger today than its pre- pandemic level, and while the magazine has been funded in part by former Liberal Democrat donor Sir Paul Marshall, a reader subscription service was introduced earlier this year that has brought the magazine closer to becoming self-sustaining.

Readers who contribute can gain greater access to articles on the website and attend events and live Q&As. Furthermore, the magazine has secured a venue in central London that will open its doors next year.

“It’s a difficult and competitive world to be in, but our current trajectory is exciting and we want it to continue,” Sayers says.

Other outlets such as the news site Tortoise Media also have a less polarising scope.

Tortoise seeks to address the frustration felt by many at fast-paced news that only gives readers a surface-level sense of what major issues are really about.

In this it follows another publication, Delayed Gratification, which dates back to 2011.

Going live in 2019 after raising funds through a Kickstarter campaign, Tortoise Media claims to bridge the gap between ‘the powerful and the powerless’ by providing detailed (and long!) analyses of news events. Like UnHerd, it is funded through a reader subscription model, but with the added bonus of giving members a say in what goes on in the newsroom. Subscribers can attend meetings and provide insight and criticism into the website’s output, with free memberships provided to those on low incomes or who are homeless.

But not all of these newer arrivals on the UK media scene are trying to reinvent the wheel, or redeem what they see as a broken discourse.

The Fence, founded in 2018, is what editor Charlie Baker calls ‘a playful magazine focused on London life’. Bringing out a print magazine in the current climate might seem counter-intuitive, but Baker refers to how the decline of magazine journalism has not been absolute: “We saw that there was a ‘print renaissance’ which could provide a tangible business model,”he says.

Relying on a tried and tested template, the kind pioneered by Private Eye and Spy magazine seems to be key: The Fence publishes investigative stories and satirical pieces, as well as insights that rely heavily on humour and illustrations. It uses a subscription model but seeks to increase revenue through events, merchandise and a ‘reader revenue’ model. Their youngest subscriber is 17, while the oldest is 94. Part of their appeal seems to be not picking a side in the culture wars.

“We are not trying to be needlessly provocative in what we publish. There is a lot of hate and anger online and we don’t want to add fuel to the fire,” says Baker.

Some of these trends have gained traction among local news organisations. The Ferret, an investigative journalism outfit focused exclusively on Scotland, practises what director Alastair Tibbit calls a ‘hybrid co-operative’ funding model.

“It’s a form of social entrepreneurship that means people aren’t just passive recipients of information. As a subscriber you can get elected and stand on the board and hold the journalists to account, including which stories are published. About 50 per cent of our cash flow comes from grants, but 40 per cent comes from subscriptions. The rest comes from content sales.”

He highlights the challenges involved in trying to ensure that The Ferret’s freedom-of-information-driven approach to investigative stories, which relies heavily on fact-based data journalism, remains non-partisan. This includes not taking a stance on debates about Scottish independence.

“It’s hard to be completely objective, but our official line is non-partisan and none of our editorial team are members of any political parties.”

He concedes that ‘the vast majority of our members are in Scotland’ and as a result ‘we probably paid a price in terms of growth’. But, he says: “We’re increasingly confident that that will serve us quite well.”

So far The Ferret has clocked up nearly 2,000 paid members along with donations from the Bureau of Investigative Journalism and Open Democracy. Journalism students in Scotland frequently cite the paper as one they find inspiring.

“We feel there’s an increasing cohort of people willing to pay for this kind of news,” says Tibbit.

The Mill, an online publication aimed at people in Greater Manchester, has similarly stepped into the void left by the decline in regional newspapers. It provides some content for free, but charges £7 per month for ad-free articles that their website states will be made up of ‘good writing, useful local information and thoughtful reporting’.

Elsewhere, local organisations have opted for bringing in a single staff member rather than founding a new publication. St Margaret’s Church in Rainham, Kent last year recruited community journalist Ava Forbes to explore and write stories relevant to the local community, both within and outside of the church.

Funding – and who provides it – is a contentious issue in a world where people are used to accessing online content for free. The Critic has, rather aptly, been criticised for using funds from Conservative party donor Jeremy Hosking, while the progressive news site The London Economic faced a backlash after it accepted a 51 per cent buyout from Greencastle Capital Limited, a company whose owner has links to the fossil fuel industry.

By comparison, The Canary claims to have no backing from private donors and makes its money through advertising. Tortoise Media goes a step further by refusing advertising completely.

The need for media outlets to make money versus the inevitable accusations of appeasing vested interests and having divided loyalties that any kind of funding can bring is a dilemma that is not new, and one that is unlikely to go away.

The political tectonic plates might be shifting, but we face the same questions we did before: what do we want from the media, and how do we fund it?

We will undoubtedly continue to grapple with this just as we face wider questions about how to run the societies we live in. The media has always reflected and shaped a complex and volatile world, and the challenge to do so is as great as ever. Whether this latest phase will bring us together or drive us apart remains to be seen.

But what does seem clear is that, to paraphrase the famous misquote of Mark Twain, rumours of the media’s death have been greatly exaggerated. While traditional forms of media are declining, new forms seem to be arising to take their place – no doubt because the desire to know the truth about our world is deeply ingrained in the human psyche. For as long as there are people who want to know the truth, there will be people who want to tell it.

For all its faults, the media in Britain shares in the maturity of this nation’s political system. Despite many uncertainties, the future of journalism in this land remains hopeful. Yet a free and open democracy comes at a price. People should be ready to support and fund those forms of journalism which protect it, and trust that most of those at the helm want to see it too.