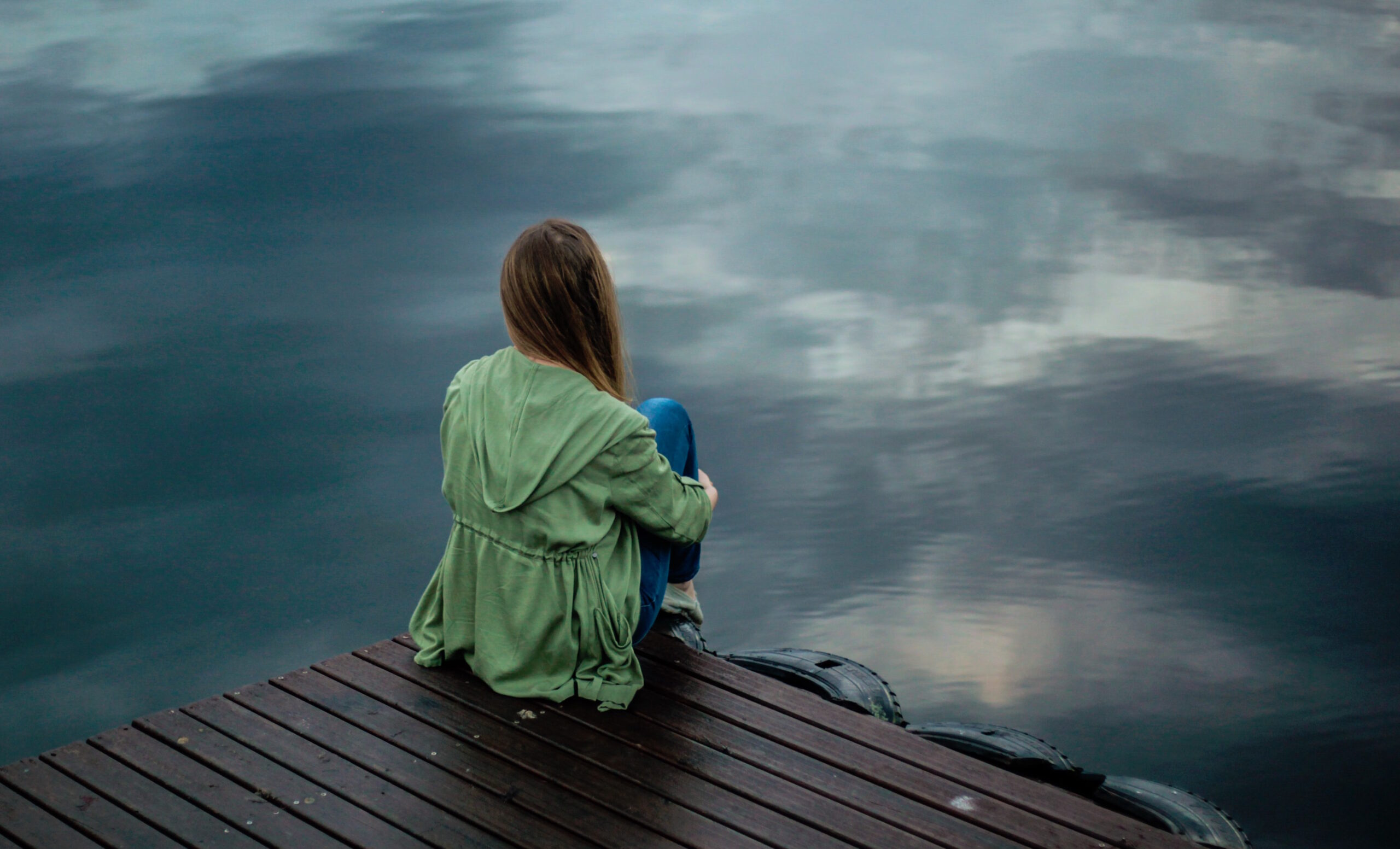 Jasmine Jones finds spiritual nourishment for pandemic times in a poem composed over a millennium ago.

Interiority, the spiritual life of our soul, is an aspect of existence which many of us overlooked, or, at least, rarely prioritised before lockdown.

We were then forced to retreat behind the closed doors of our minds as much as those of our houses, swapping socialising for silence, and seeking solace in solitude. Although undeniably  challenging, the isolation in which we found ourselves also served for a time to strip away the attachments and distractions of our consumerist culture.

The opportunity which lockdown gave us to pause, to reflect, to know our own self and to contemplate its relationship to the surrounding world, was a precious blessing concealed as a curse.

Literature, as always, lent her transcendental truths to the souls of novel-readers and audiobook-listeners, sustaining them throughout the trials of the pandemic. I for one found refuge in some of the great texts of the Middle Ages.

Never was I more astonished at the applicability of early medieval verse and prose – the very first writings in the English language – to my exact thoughts and feelings here and now in the third decade of the third millennium. Voices seemed to speak through the years. The sentiments expressed within an Anglo-Saxon manuscript articulated with awesome accuracy the very same stirrings of my own heart.

Within the confines of my quarantine, reading these early medieval works helped me cherish the miraculous continuity of mankind: the comforting knowledge that I was not alone, that a tradition of souls had gone before me with whom I was bound by the sympathy of shared emotion.

People who had lived centuries prior to me had felt this same way and I was myself another character participating in this same epic narrative of life.

The text which sustained and inspired me most during those strange months was the poem which editors now call The Wanderer. This anonymously-authored work, possibly dating back to the seventh or eighth century, uniquely survives in the Exeter Book, the manuscript into which it was copied in the 10th century.

The Wanderer is classified as an elegy – a poem meditating on a personal experience of loss and longing. The narrative voice is predominantly the poem’s namesake: a wanderer who laments his loneliness, having been deprived of his now-dead warrior lord and estranged from his companions. This Old English elegy is especially evocative of the thoughts and emotions elicited by life in lockdown, particularly the poem’s insights into the importance of interpersonal relationships, the struggles of solitude, the transience of life, and the search for spiritual consolation.

The loyalty with which an Anglo-Saxon warrior served as the member of a lord’s comitatus – the immediate circle of retainers to whom the lord would dispense treasure and delegate battles – renders the wanderer’s account of separation from his lord all the more moving. As his lord has passed away, covered by the darkness of earth, the wanderer mourns for him and the conviviality of the comitatus left behind, the band of warriors now dispersed from their meadhall. Like him, so many others today have experienced their own sense of loss, with the death of loved ones through COVID-19.

This fresh appreciation of true friendship as a simple bond of pure love and trust in which souls open up honestly to one another, echoes the gratitude felt for the relationships which were strengthened by means of four-hour-long Zoom calls and heart-to-heart FaceTime chats throughout the various lockdowns.

Our lockdown chats were friendships recontextualised by a virtual environment devoid of material distractions or social pressures. Just as the poetic wanderer unashamedly acknowledges nostalgia for past fun with friends, a similar melancholic pining for better times resonated in us during the pandemic.

The wanderer’s lamentation for the physical affection he lacks – he can no longer embrace or kiss his lord – mirrors our own exasperation with the limitations on touch which separated families and friends in our own times.

And his experience of solitude further echoes the feelings of loneliness familiar to so many in the last 18 months. The noun ‘anhaga’ which describes the wanderer literally signifies a ‘solitary one’ or ‘lone dweller’ who is ‘mod-cearig’ (‘anxious at heart’) and awaits grace, the mercy of God, to support him.

Like most of those who have been subjected to periods of isolation, the wanderer realises his need to surrender to his unpleasant situation and to ‘grin and bear it’. He articulates this approach to his isolation and his deprivation of kinsmen through the imagery of enclosure: he must ‘feterum sælan’ (‘bind in fetters’) his mind and seal mournful thoughts firmly in his heart.

The cliché that ‘what doesn’t kill you makes you stronger’, again applicable to those confronted with the challenge of self-isolation, is implicitly endorsed by the wanderer in his declaration that, ‘ne mæg weorþan wis wer ær he age wintra dæl | in woruld-rice’ (‘a man cannot become wise before he has had his share of winters in the worldly kingdom’).

The wanderer comes to perceive his solitude and separation from loved ones as a means of growing in wisdom and achieving spiritual maturity.

He gains a character-building ‘grit’ as he appreciates the virtue of patience in which he is being so intensely tried. Towards the end of the elegy, the wanderer bestows upon the reader the chief discovery of his solitude. He states: ‘Til biþ se þe his treowe gehealdeþ’ (‘Well is it for him who keeps his faith’).

Heightened sensitivity to the transience of earthly life and a newfound or increased belief in a supernatural realm beyond this present world are two other themes connecting the Anglo-Saxon wanderer to a coronavirus contemporary.

The solitude of the wanderer brings him to realise that material objects are ultimately meaningless given the ephemerality of earthly life. Just as the pandemic’s gruelling reality has been for us, the wanderer notes that ‘þes middan-geard | ealra dogra gehwam dreoseð ond fealleþ’ (‘each and every day this middle-earth perishes and falls’). Various images capture this forlorn contemplation of terrestrial transience: the unceasing motion of rolling waves; the erratic flight of nomadic sea birds; the falling precipitation of hail and snow which lingers momentarily; the shifting shadows, never static…

The wanderer sees the riches of the world laid waste, obsolete in the absence of men, with only the ruins of decayed meadhalls, bereft of warriors. In perhaps the most famous passage of the poem, and employing the well-known rhetorical ubi sunt motif, a sort of meditation on mortality and life’s transience, the wanderer exclaims:

all the foundation of this earth has become idle!

Rather than being burdened by the anxiety of earthly instability, the wanderer, like many in isolation, strives to find solace in his solitude, and engages with the interior life of his soul in order to do so.

The poem, arguably in an omniscient narrative voice, ends by describing the wanderer as ‘snottor on mode, gesæt him sundor æt rune’ (one who ‘wise in mind, sat himself apart in secret’), presenting the wanderer as a role model worthy of emulation in his calm contemplation, as he makes the best of a bad situation.

It is therefore a life of recollection and prayer which The Wanderer ends by promoting as the most fruitful function of isolation. The poem ends where it began, with the wanderer seeking grace, God’s mercy, but now through a much more serene submission to his circumstances and with an openness to receiving the strength with which to survive them.

The wanderer exemplifies growth in the virtues, particularly patience, as he involuntarily spends time alone, away from loved ones. It is by means of this solitary situation that the soul can be scrutinised: the wanderer suggests that the isolated individual ‘cunne gearwe | hwider hreþra gehygd hweorfan wille’ (‘readily knows whither the thought of his mind would turn’).

His spirit aspires to virtue not only for virtue’s sake but also for the sake of reaching an eternal, exalted destination. It is the ‘weoruld under heofonoum’ (‘world under the heavens’) which is subject to unpredictable, unsettling change, whereas the poem’s final lines declare that true ‘frofre’ (‘consolation’) is with the Father in the Heavens, ‘þær us eal seo fæstnung stondeð’ (‘where stands all the stability for us’).

The poem thus ends with this incentive to seek a permanent, supernatural consolation rather than promoting the pursuit of transient happiness through material objects and sensory pleasures in earthly life.

For many, especially given the restrictions on public worship and private prayer, the pandemic and its lockdowns revived a genuine zeal for religion, liturgy and devotional practice.

Similarly, the wanderer seeks the very consolation of knowing the divine. The poem itself provides this knowledge by bringing its reader (or listener) to an awareness of God, Heaven, and the overarching supernatural narrative by which all earthly trials are contextualised.

A healthy detachment from the world and a sharper scepticism of earthly attractions are encouraged by the reader’s cathartic accompaniment of the wanderer in his spiritual pilgrimage from a philosophical lamentation of loss and longing to an optimistic orientation of himself towards a Christian God, aspiring for an everlasting joy through redemptive suffering.

Regardless of one’s personal religious beliefs, reading The Wanderer in a post-lockdown context asks for a renewed awareness of life’s fragility, the superficiality of materialism, the importance of interpersonal relationships, the sublimity of the soul and the solace of solitude.

Living through the lockdowns of 2020 and 2021 has undoubtedly taught us many lessons, and greater attention to the interior life and the health of the soul is surely one of the most important ones.

The profundity with which an Anglo-Saxon poem explores concerns of such contemporary relevance points to the primary purpose of studying literature: to unearth the transcendental truths fundamental to human existence.

Confronted by chaos and uncertainty as we gradually advance towards a post-pandemic world, we would do well to find peace in the Old English elegiac experiences lived before us, taking strength in our ancestors’ example by always remembering in any tribulation that this one, too, shall pass: ‘þæs ofereode; þisses swa mæg’.

For an online version of The Wanderer, see here.