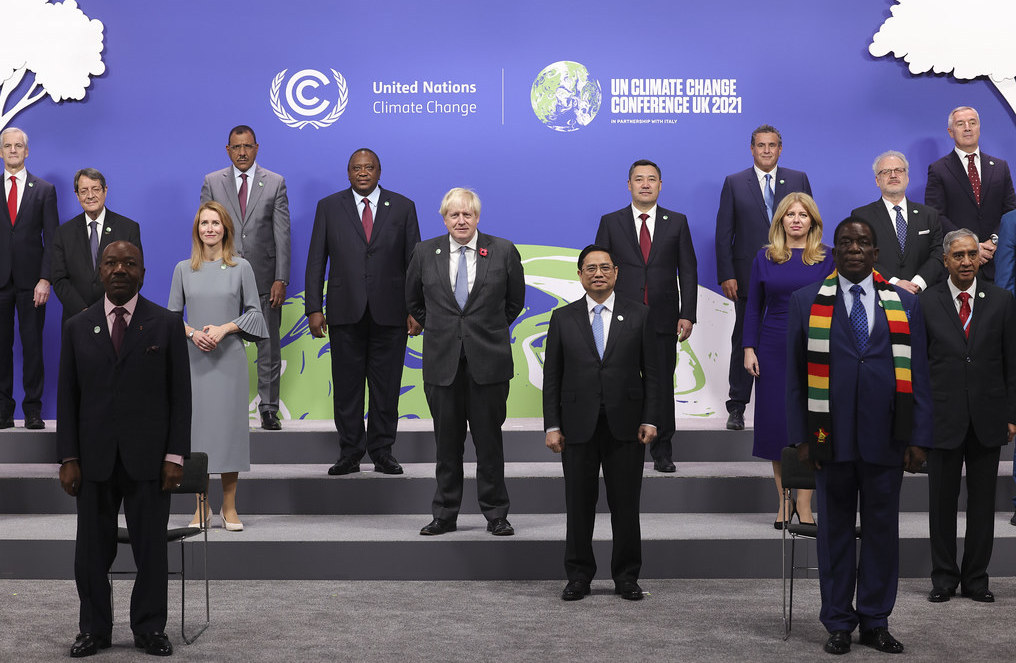 Martin Poulsom of the University of Roehampton in London draws on the Christian tradition to offer a verdict on the recent UN conference and the climate emergency.

Was COP26 a success or a failure? To some extent at least, our answer will be connected to our general tendency to be optimistic or pessimistic about the state of things, our gut reaction to the world around us. It is important to pay attention to our gut, because otherwise our thinking and action can become rarefied, or can turn with the wind, becoming inconsistent over time.

As a Christian with an optimistic disposition, my gut churned when I read the analysis of BBC environment correspondent Matt McGrath to the release of a report mid-COP by Climate Action Tracker. This said that, in spite of the pledges being made during the first week of the Conference, the actual policies of governments (their practice) was likely to lead to 2.7 degrees Centigrade of warming by 2100. McGrath said that with ‘one sharp jab, this Climate Action Tracker report has punctured the balloon of optimism that’s been swelling since the start of this conference‘.

Such a paragraph makes optimism seem very vulnerable, which is why we need something deeper, more critical, more sustainable, for people with a disposition like mine.

Since the Paris COP in 2015, Christiana Figueres has been proposing a kind of optimism that is relentless and stubborn, refusing to give up in the face of setbacks and disappointments. Picking up on this idea, I would like to suggest a threefold interaction, drawing on the Christian tradition, that weaves a critical optimism that can sustain hope in the struggles and joys to come.

The first strand of this interaction is critical affirmation. As a Christian, this affirmation is based on my belief that God is the Creator of everything that exists. The world is not a neutral backdrop for human activity and we do not have carte blanche from God to treat the planet however we choose. God is not absent from the created world, leaving us to our own devices to succeed or fail on our own.

As Pope Francis put it in paragraph 80 of his great social and environmental letter, Laudato Si’, written in the run-up to the Paris COP: “God is intimately present to each being, without impinging on the autonomy of his creature, and this gives rise to the rightful autonomy of earthly affairs. His divine presence, which ensures the subsistence and growth of each being, continues the work of creation.”

In this affirmation of faith, autonomy is not independence, but is understood in a context of presence and relationship. Our dependence on God as creatures goes hand in hand with the responsibilities that are entrusted to us by God.

Francis says, in paragraph 67 of Laudato Si’, that the task to ’till and keep’ (Gen 2:15) the garden of the world that is entrusted to humanity ‘implies a relationship of mutual responsibility between human beings and nature. Each community can take from the bounty of the earth whatever it needs for subsistence, but it also has the duty to protect the earth and to ensure its fruitfulness for coming generations’.

This mention of what we need leads me to the second strand of the threefold interaction – critical negativity.

Given the climate emergency, we must clearly distinguish between what we genuinely need, what we want and what we are often told we want by others.

It is important to recognise the difference between pledges and policies, as the Climate Action Tracker report stressed, and for our words and our actions to cohere, rather than contradict each other. In the run-up to COP26, the Make COP Count coalition, led by Faith for the Climate, focussed on two climate justice goals, one of which was an end to all use of public money to support fossil fuels.

The Glasgow Climate Pact,  which was agreed at the end of the COP, contained a ‘much-contested clause to phase out coal and end fossil fuel subsidies’ which was changed at the last minute to talk about phasing down coal instead. An agreed Pact is better than nothing at all, as many government negotiators have commented, but people of faith need to show that this is not good enough.

One way that we can do this is through our investments, so that what we are seen to be practising what we preach. This was evidenced by my Christian tradition. Five days before the COP, another coalition, led by Operation Noah and the Laudato Si’ Movement, made the largest ever faith divestment announcement, in which 72 faith institutions, 37 of which are UK-based, announced their divestment from fossil fuels. They join the worldwide divestment movement of 1500 institutions, over a third of which are faith-based.

The Christian churches, circuits, dioceses, synods and national bodies involved in this movement recognise that we can no longer afford to profit from the devastation that results from the use of fossil fuels, and that divestment is an ethical and religious imperative.

However, prophetic action is not just about stopping things, and this is where the third strand of critical optimism comes in. Critical positivity is about speaking and acting in ways that pave the way for a better future for all. As Pope Francis said in paragraph 49 of Laudato Si’: “A true ecological approach always becomes a social approach; it must integrate questions of justice in debates on the environment, so as to hear both the cry of the earth and the cry of the poor.”

Human solidarity and ecological solidarity must go hand in hand as we work together to tend the fragile seedlings of hope.

The second climate justice goal of the Make COP Count coalition complemented the first in just this way, campaigning for funding to be made available for climate-related loss and damage for the poorest nations and peoples of the world.

As has often been observed, these people have contributed the least to the climate emergency, but are suffering the most from its effects. Loss and damage was also blocked at COP26, but as The Conversation’s Jack Marley observed, ‘the summit showed that this issue is becoming unavoidable’.

Christians, alongside other people of faith, are called to engage in prophetic witness here, too. This involves making strategic decisions about what we do with our money, showing governments and business that we want to play a role in the changes that our world needs, acting in justice and solidarity. As individuals, and as churches at all levels, we can opt to invest in ways that make a positive impact in the lives of the poor and on the future of the planet.

Impact investing – and especially climate-related impact investing – is crucial if we are to move beyond our current lifestyles, ways of generating energy and relating to each other into a future that is truly for the good of all God’s creatures.

Adamah needs your help! We are running a Crowdfunder to support the future of journalism. Click here to learn more and donate.

Martin Poulsom is a Senior Lecturer in Theology at the University of Roehampton in London. He is also a Roman Catholic priest and a member of the Salesians of Don Bosco, the second largest religious order of men in the Roman Catholic Church. He is a specialist in theology of creation, and in the work of the Dominican theologian Edward Schillebeeckx. He is also a Trustee and Board member of Operation Noah.