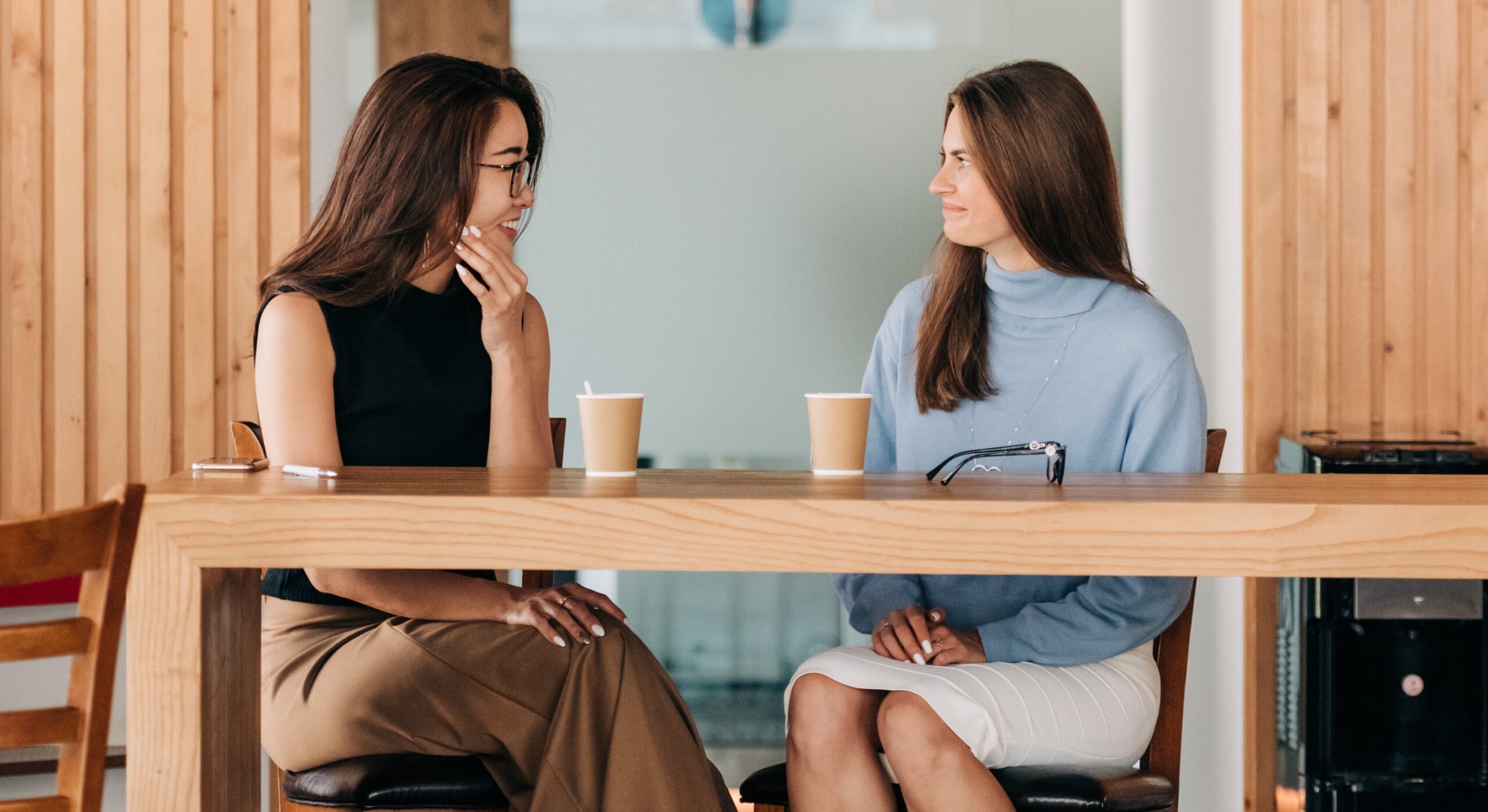 As I grew up in the north of France, close to the Belgian border, I regarded southern France and Europe as a distinct culture. When I left the north to study in Paris, I noticed how much the weather in people’s native regions impacted their sociability: while those from the Riviera would drink wine at the terrasse of a café, northerners would rather drink beer and eat melted cheese on potatoes at a friend’s house.

At first, moving to London was not a big shock. I was used to the beer culture and to indoor activities – I always carried an umbrella in my handbag. Yet, I made several blunders with British people, which forced me to question my identity. These mistakes made me realise just how Latin I was, with specific ways of communicating and befriending.

Instinctively, if I were fully myself with a friend, I would greet him or her by kissing them on both cheeks. Then as we chat, I would use my hands to emphasise my points. I’d probably touch their arm or shoulder as I speak, as a way to connect and make them feel comfortable.

As friends, I’d assume we’d text each other daily, just to check how our day was, and how we’re feeling. I’d send you a message if I hadn’t heard from you for a couple of days. Normally, we would not let a week go by without seeing each other. We could just hang out in a coffee bar, or at my place, I wouldn’t mind, so long as we could share about our days and moods. I’d feel comfortable hanging out with no agenda, just sharing an indoor cuppa.

That’s how I acted when I came to London and built a new social life from scratch.

It took me time, a few horrified looks from British friends, and several complete body freezes, to realise my faux pas.

I still feel the shame about a few of them, but I’ve learnt my lesson.

Now, I say hi without invading my friends’ private space. I refrain from texting my friends too often, so that they can come to me on their own terms, when they’re ready. I’ve learnt to go to the pub. I keep my hand solidly on my lap when I speak to avoid using wrong body language. Overall, I’ve learnt to be self-conscious and more reflective. I observe more, and I think twice before acting.

This change of attitude is not just about trying to blend: it was necessary to build a social life. Some cultural slip-ups can break relationships – by confusing people about our intentions, or by giving a false impression about our personality. A functioning relationship is not just about two souls getting on well with each other: it’s about using the same communication channel, in a way that is mutually meaningful.

Friendship is not an innate language; it’s a learning process which needs working at.

But the good news is: this code can be learnt. Yet, it takes two to grow relationships, and friendship with someone brought up in a foreign culture requires courage. One must be confident enough to tell them: “your body language is not saying what you really want to say. What about trying this or that instead?” It’s not patronising: it’s an act of charity and kindness to teach someone making a cultural gaffe how to do better next time. In turn, I’m happy to explain what my attitude would mean in my native country, and have a good laugh about the mishap.

Discovering the cultural gap has taught me to be more generous in friendship. Back in France, friendship was mostly about offering my full self to someone – rightly or wrongly. Now I’m immersed in a different culture, I have to let go of myself, and embrace my friends’ perspective much more. It is a more demanding, yet more loving, way of interacting with people.

It also requires a form of surrender: I had to stop expecting my friends to behave in a certain way, and learn to be open to their gifts. For instance, a person whom I stopped considering as a friend because I found them too cold went to great lengths to support me when I faced a major hardship – acting with more dedication than I could ever have imagined. Time has taught me that the various ‘languages of love’ are equally valid.

This journey to adapt my Latin self to the Anglo-Saxon and Celtic culture leaves me with a question: does the saying “when in Rome, do as the Romans do” lead to happiness? On the one hand, adapting to the country I’m living in is a duty, which I fulfil out of respect for my new land. It also simplifies life, and allows relationships to flourish.

To me, the only thing that matters is good company, and I can embrace new activities for the love of people. If suggesting an evening at the pub gets more traction than suggesting a trip to a museum, then I’m more than willing to do so. Learning new skills is exciting: for instance, mastering the art of ‘banter’ has taught me something on a personal level.

However, as time goes by, the limitations of full immersion in a foreign environment become more and more visible.

For instance, the absence of touch feels like a loss, which nothing in the new culture can replace. Begrudgingly, I accepted that I also needed to express the Latin part of my identity. So I made Spanish friends, and the time we spent together was liberating: I could relax entirely, without fear of making a howler, without thinking about how the other could interpret my behaviour. I felt I was being my whole self again for the first time in years. I realised I had missed out on myself by focusing too much on behaving in a way that was acceptable to others.

Adapting to a different culture is immensely enriching. It teaches new skills and a new way of approaching relationships. Out of love for my British friends, I will keep going the extra mile to build relationships that work across frontiers. But once in a while, I will go back to my Latin roots, let my hair down, and remember the culture I was brought up in. Nurturing one’s true identity is essential to remain full of life and joy – which are great qualities to build up friendships.

Did you enjoy this article? Why not take a read of one of Lisa Fraser’s other articles on life as a French national living in London by clicking here.