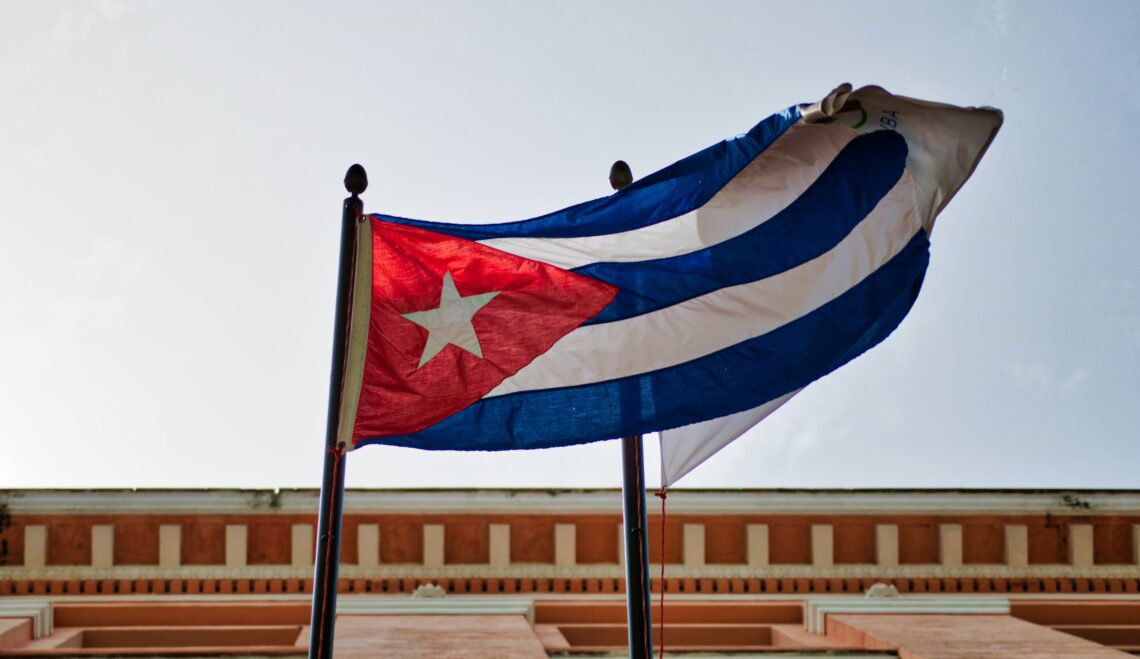 Audrey White discovers a new approach to agriculture in the Caribbean which could ‘heal’ the earth.

I used to get weighed down by the problems of today’s society, feeling hopeless, helpless and worthless. I was distracted by the future while trying to live in the present moment, and so I was unable to live a rich and full life. But why was I so distracted?

Basically because we have stolen the earth and the future from our children and unborn generations. As Jane Goodall has argued in her 2021 The Book of Hope, ‘the magnitude of our theft has now reached absolutely unacceptable proportions’. I was depressed that we had destroyed our only home and desertified our Garden of Eden.

However, as Yongey Mingyur argues in his book The Joy of Living, the problem is also the antidote. Innovative solutions would not exist without problems to inspire new perspectives.

Now, I feel lucky to live in a world with so many problems because it allows us to solve them and uncover valuable insight.

Regarding the climate crisis, the problem is the unhealthy balance of carbon stored across the four carbon sinks – atmosphere, biosphere, lithosphere and hydrosphere. This imbalance is causing harm to the planet and the eco-systems which inhabit planet earth, leading to  a warming climate, extreme weather events and loss of biodiversity.

And the solution to this damaging imbalance of carbon? Simple, restoring carbon into plants and the ground. This would be a restorative, regenerative and revitalising practice!

The point is, moving carbon away from where it is doing harm to the climate, and toward feeding and nourishing local communities is the basic answer to our climate problems. The shift to sustainable agriculture in Cuba demonstrates this possibility.

During the Cold War, Cuba exported raw materials (mainly sugar and tobacco) to the USSR in exchange for an almost unlimited supply of oil, fertilisers, herbicides and tractors. Prior to the fall of the Soviet Union in 1989, Cuban’s agriculture was heavily dependent on high chemical and fossil fuel use, high tillage and crop specialisation. In fact, Cuba was using almost double the amount of fertiliser as the USA per hectare. However, the economic crisis of 1989 left this small nation starved of the very resources its crops depended on.

The decade following was called the Special Period in Cuba during which imports and exports were reduced by approximately 80% and caloric intake fell concordantly by as much as 30%. Although the collapse of the Socialist Bloc wasn’t the direct problem, it certainly highlighted the vulnerabilities of Cuba’s agricultural system.

Therefore, out of necessity, the Cuban agricultural system was revolutionised to focus more on local and biologically intensive farming. Polyculture is a practice which grows multiple crops in the same area. By contrast, industrial agriculture is a model of farming whereby a single crop is produced on a field year after year. Today, according to the United Nations Food and Agricultural Organisation, approximately five animal species and 12 plant species supply 75% of all food production. Practices such as polyculture farming that are employed by Cuba replace the heavy usage and dependency on external inputs (fertiliser, herbicide, tillage) with principles which partner with Nature.

Due to Cuba’s unique transition, many case studies regarding sustainable agriculture have been conducted in this nation, comparing industrial methods with agro-ecological ones. Agroecology offers a holistic and science-based approach that addresses and combats many negative socio-ecological effects of industrial agriculture. Farms that employ regenerative practices like polyculture, transition from being carbon producers to carbon consumers.

In a 2020 Cuban case study Dario Lucantoni showed how the input-output energy flows dropped by 57% over the duration of the study and at the same time, the increase of soil organic matter and biomass functioned as a carbon sink which biologically sequestered greenhouse gases from the atmosphere.

La Via Campesina, which describes itself as the International Peasants’ Movement,  stated that the climate crisis is in fact a food crisis because the health of the soil and of the planet are inextricably linked.

The era of technological triumph which followed the World Wars introduced chemical fertilisers that enabled societies to escape the bounds of nature.

As Paul Hawken argues in the 2020 film Kiss the Ground, despite exponential economic development, industrial agriculture is not sustainable because it destroys the very foundation of agriculture: the soil. It mustn’t be forgotten that without the canvas, the art wouldn’t exist; in the same way, without fertile soil, crops would lack their very foundation in which to grow. Industrial agriculture degrades the physical structure of soil, destroys the soil biota and releases greenhouse gases from the bio- and lithosphere into the atmosphere.

Dario Lucantoni writes that the youngest family members will inherit a better soil than that of their parents, suggesting improved ecological viability that will maintain and increase financial indicators for future generations.

It is about borrowing the Earth from our children, not stealing it, so that they can borrow it from their successors.

Food security is defined as having access to sufficient, safe and nutritious food at all times . Using diversification strategies, one six-year case study saw a higher than two-fold increase in both milk production and the output of protein. Additionally, a seven-fold increase was also observed in energy efficiency due to the lessened demand of energy inputs that agroecosystems require.

This has significant implications for Cuba – but also for the wider world – including, national food security and reduced dependency on non-renewable resources for all peoples.

Despite these advantages, there are certainly valid reasons which deter farmers from employing polyculture farming systems. Experts agree that such systems can cause economic inefficiency regarding human labour and capital demand.

Inefficient human labour is needed to replace technology such as tractors and fertilisers. However, the aforementioned case study found human labour requirements decreased by one-third over the six-year period after it peaked in the first year of conversion. This suggests that higher cost labour is a short-term investment that is required and well worth making for longer-term success.

This conservative approach to farming uses organic principles to heal rather than destroy the landscape. While Cuba’s agricultural system still has space to grow, evolve and improve, it employs practices which sequester carbon from the atmosphere and so enhance landscape sustainability and improve crop production. All leading to increased food security. It serves as a model which can be applied within industrialised nations, demonstrating how systems that partner with Nature can heal the planet.

In essence, Cuba’s transition to sustainable agriculture moves us closer towards a better possible world in which, rather than exploiting and abusing Nature, we work with it as respectful stewards.

Audrey Priscilla White is a young poet and writer who shares a deep connection to Mother Nature. In her spare time she writes poetry, hikes through mountains and forests and does yoga. She loves exploring innovative and regenerative solutions to the climate crisis, one of which is helping others build a love for Nature. Her belief is that if if you love something, you will not only fight to protect it and take care of it but also you will want to spend time with it and learn about it.