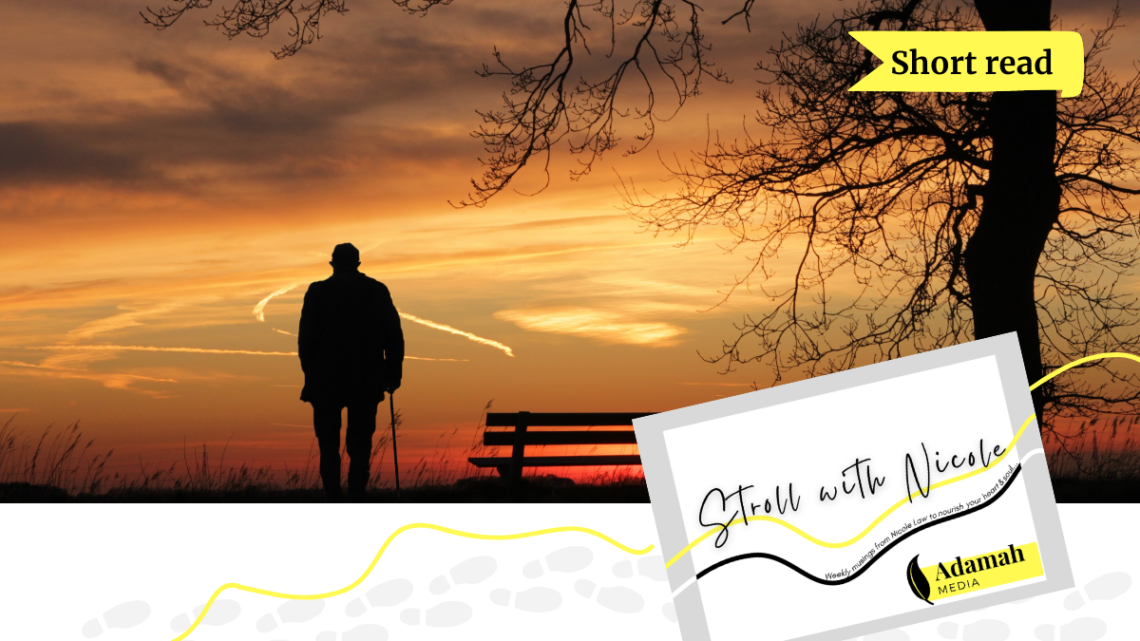 Nicole Law finds the strength to forgive with the help of a book and a painting.

I have been re-reading The Return of the Prodigal Son by the great spiritual writer Henri Nouwen as part of a Lenten reading plan, and was drawn yet again to the painting by Rembrandt which graces the cover of the volume. I have written about this painting before but the new insight that emerged was the word ‘return’.

The gospel parable of the prodigal son first tells the story of a young man who demands his inheritance from his father before setting out alone to a faraway land where he indulges in a life of excess.

On initial reading, most readers would probably identify with the younger son, recognising times when they themselves have hurt others and themselves, wandered far from ‘home’, and lived a life free of burden and responsibility …

We likely identify also with the remorse which follows, that deep feeling of shame which the younger son feels when he realises how far he has fallen. This is beautifully symbolised by the pig-sty the son finds himself in and the hunger he feels. We have all been there, at an emotional low, depleted and alone.

The thing that strikes me is the younger son’s decision to put aside his personal pride and to walk back home, knowing that he has hurt his father deeply with his departure.

For many of us, we find ourselves still standing, if not far away, then at least at the periphery of our ‘home’, stubbornly engaging in behaviour which is harmful to ourselves and others.

Pride prevents us from acknowledging the severity of our faults and insulates us from feeling remorse.

Staying well away from ‘home’ represents a form of self-reliance, refusing to depend on others for our survival.

Yet curiously, in this parable, the younger son in fact lived off his father’s inheritance for a period of time before he fell into financial ruin – a reminder that as much as we may attempt to untether ourselves, there is still an inextricable link to our ‘home’, be it economic, social, familial or metaphorical.

As the younger son starts his journey home, I sense the exhaustion he must have felt. He would have been worried that his father might not receive him back – that same fear which you and I feel when we attempt to seek forgiveness from the people we have hurt.

A harsh word to a friend or family member, followed by a slammed door or a dash out of the house. We have all witnessed this familiar scene. The long absence from ‘home’ permits a dissipation of the anger and frustration as we collect our thoughts and start to see the situation more objectively. When we finally start to walk back home, we anticipate a stone wall, a defensive word from the other party. It’s natural. If we were in their shoes, our instinct would be to protect ourselves from the blows and to erect a fence too.

Yet, the beauty of the parable lies in the outstretched arms of the father, who bears no grudge nor resentment toward his son. It’s inexplicable at first.

But when we consider that the love we endeavour to give and receive need not be conditional, we start to see the power contained in forgiveness.

The father goes out to greet his returning son, ready to receive him.

We struggle to adopt a similar open disposition to those who have hurt us because we focus on the transgression. We think of the harsh words that were used, the physical pain, the betrayal. We struggle to see the person behind the words and actions, wounded themselves as much as they have wounded us. Indeed, wounded by the very wound they inflicted.

Our fists are clenched when we want to fight. But the open palms (one male and the other female – a delightful detail expressing the motherly side in the father’s heart) of Rembrandt’s father figure represent defencelessness and vulnerability. Our physical and emotional stance says a lot about how far along we are in the journey of forgiveness.

Herein lies the beauty of the parable, our ability to look at it from different perspectives. Sometimes we are the younger son, who is struggling to return. Sometimes, alas, we can be the resentful, unforgiving older brother. But other times we do manage to emulate the father as we endeavour to forgive others. We give and we receive in return.

Forgiveness is one of the most difficult things we may ever have to do.

Seeking it requires humility and an acknowledgement of our own fallen nature and the impact of our actions on others. We seek a return to and restoration of a broken relationship. Offering it requires an expansiveness of heart which looks beyond the wound suffered into the deeper humanity of the person who has wronged us. We attempt to understand that every wound inflicted arises from a deeper inner unhealed wound.

For most of us, we are still learning the art of forgiveness and touching our own wounds and those of others. Henri Nouwen encapsulates this beautifully: “The leap of faith always means loving without expecting to be loved in return, giving without wanting to receive, inviting without hoping to be invited, holding without asking to be held. And every time I make a little leap, I catch a glimpse of the One who runs out to me and invites me into his joy, the joy in which I can find not only myself, but also my brothers and sisters.”

May we also take this leap of faith both to welcome back those who have hurt us and be welcomed back when we return home.