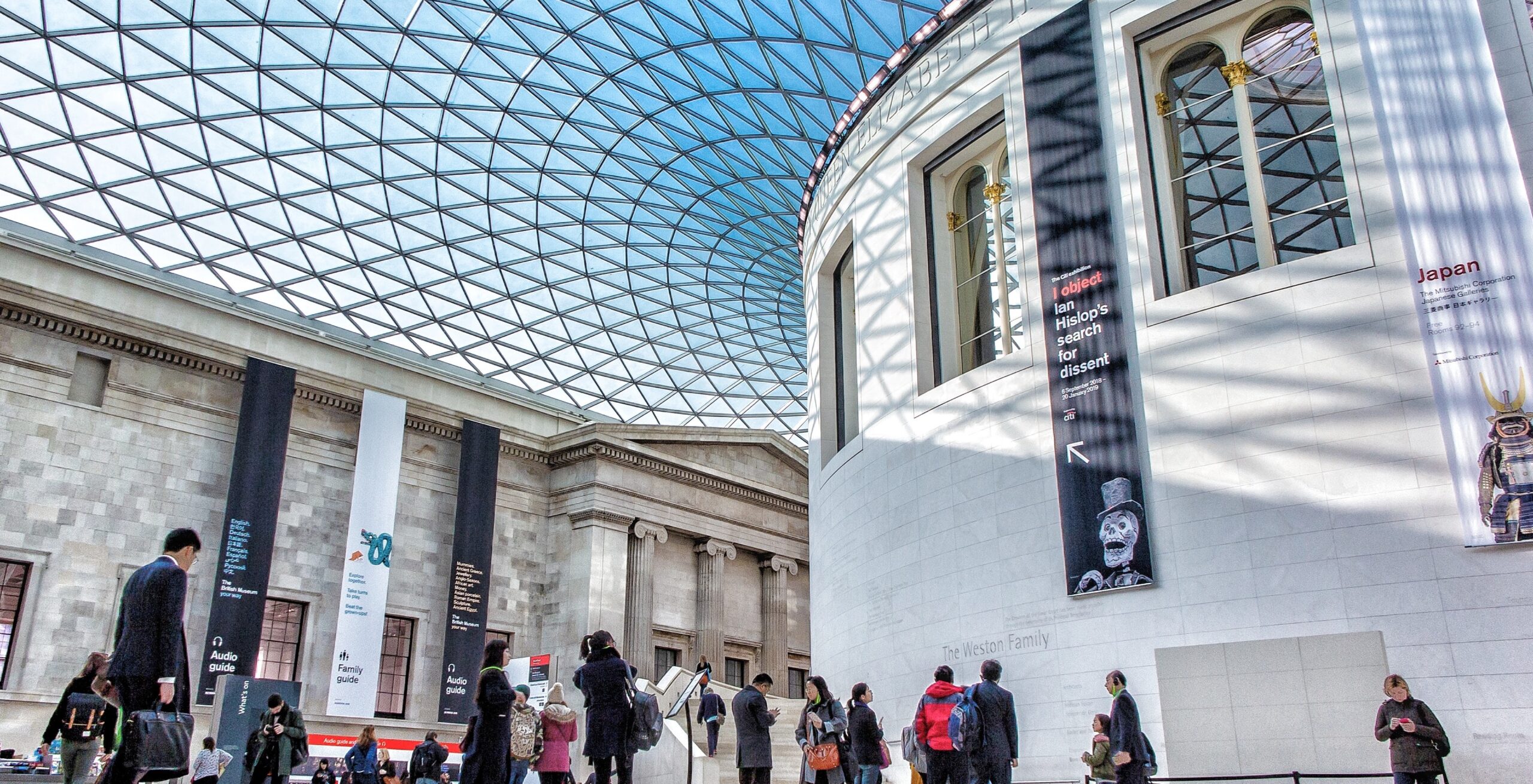 An exhibition about the Emperor Nero made Lisa Fraser ask how we should deal with history’s ‘fake news’.

History hasn’t been kind to Nero. For English language speakers his musical dallying ‘while Rome burned’ has become a saying to express wilful carelessness. But as a French citizen (his fiddling exploits are not part of the French language), I was excited that the British Museum in London had decided to explore Emperor Nero, separating myth from fact.

His biography by Hortense Dufour made a great impression on me at a younger age. I was appalled by Nero’s attitude to human life as described in the work, but I was also conscious that history is written by the victors. Life has taught me that people are not black or white; therefore, I was keen to explore Nero’s shades of grey.

The British Museum brought together an impressive collection of artefacts, some looking brand new, from the most prestigious museums in Paris, Venice and Naples. The result was artistic as much as historical.

It brought back to life the Roman Empire in all its sophistication – its cultural and military might, its trade and economy. The purpose of the exhibition was clear: assuming that the records of Nero’s life were biased, the British Museum decided to rewrite it based on neutral, factual information only. So far so good.

This noble intent to re-establish the truth chimes with one of our great modern challenges, namely dealing with social media and the issue of fake news. For instance, the exhibition was a reminder that hearing about someone through curated online pictures, public comments and reported facts doesn’t mean we truly know them – whether they’re celebrities or Facebook ‘friends’.

The exhibition also made us question how we select our sources of information. To put it simply: what do we know about what we know?

Who produced the knowledge we absorb? What are their personal, financial and political interactions with the person they’re writing about? What is the broader political and personal context of this story?

I doubt any of us makes the effort to seek answers to these questions before agreeing or dissing an opinion piece. Forming an accurate opinion is all the more important because once the damage is done (i.e. once a reputation is made or trashed), the result can last for decades, if not for centuries – the Nero exhibition is a good example of that.

More broadly, the exhibition questioned the transmission of knowledge in society, be it through the school system or other culture hubs.

This question has practical implications: what process do these institutions have in place to ensure the reliability of the knowledge they share? Has this issue been fully considered? Thinking along these lines also raises questions about the purpose of the education system: should we teach children knowledge, or should we teach them how to think critically, so that they can form their own opinions?

These questions are intellectually stimulating and could have a deep impact on society. Yet, despite all that, the exhibition didn’t really work for me.

Firstly, I was puzzled by how it overlooked the stories of important demographic groups in the Roman Empire. For instance, the exhibition clears Nero from any responsibility in the Great Fire, alleging also that he did not set Christians on fire on that occasion. While I can accept that, I am puzzled by the removal of any mention of religious persecutions during his reign, which is referred to by Christian writers soon after Nero’s reign.

The exhibition also overlooks some key personal relationships. For instance, it says that Seneca ‘was forced to commit suicide’, without saying that Nero ordered his most senior adviser to end his life, nor explaining why this happened. Even some aspects of Nero’s own life are brushed aside (like his marriage to a man who looked like his deceased wife). The exhibition painted an incomplete picture of Nero, making it difficult to form an accurate opinion of him.

I was also disconcerted by some of the words chosen to present the story. For instance, one of the labels said that Germanicus was ‘allegedly’ poisoned: does this imply that it wasn’t true? Introducing some distance is useful to start questioning the myth, but sometimes it leaves us with few answers about what happened.

This accumulation of ambiguities made me wonder whether the exhibition was actually trying to promote Nero. For instance, the story of his life ends with a moving label about his faithfulness to his wet nurse and his ‘first love’ Claudia Acte (even though they went their separate ways, and he remarried several times). Why end on such a poetic and poignant note, if not to appeal to the visitors’ empathy and compassion? This deliberate effort to humanise Nero blurred the line between questioning a story and actively rewriting it.

Observing the gaps between my expectations for this exhibition and what I saw taught me valuable lessons, which can find practical applications in everyday life. Firstly, we shouldn’t assume knowledge. We might know what we are talking about, but not everyone does. To put it another way: debunking a myth requires presenting what the myth said, without holding back any elements.

Luckily, I had studied Nero’s biography at school, and the friend that accompanied me to the exhibition had studied humanities. This helped us spot the blind spots of this exhibition and have a fruitful debate.

The risk, though, is that visitors without a solid academic background might leave with a partial vision of Nero. His myth would be not only debunked, but turned into a whole different story, which I’m not sure is helpful. To avoid that, the exhibition could have put the texts it questioned side-to-side, allowing visitors to read and compare them, and make the conscious decision to believe one over the other.

The second lesson was the need to explain why some elements should be questioned or discarded. The exhibition literature stated: “The judgements of elite authors like Tacitus, Suetonius and Cassius Dio prevailed. In light of new research, now is the time to re-evaluate their stories.”

This is not enough! We would surely need to know what these writers said before we question or discard them. We should also know what led the British Museum to discard such authors; otherwise, visitors have the impression that the main issue with these texts is that they were written by Nero’s detractors.

I’m not comfortable with this reasoning. Is a piece of information automatically wrong because it comes from someone who dislikes me? What if my enemies were right about some aspects of my personality?

Convincing the audience of the value of an alternative fact would also require solid evidence to back up the new story.

For instance, the exhibition said that Poppaea ‘probably [passed away] due to a miscarriage’. I was taught that Nero kicked her to death as she was pregnant. I was open to new ways of seeing the story but the British Museum didn’t give me any reason to believe their account. Therefore, I wondered why I should change my mind – and I didn’t.

Finally, re-assessing history requires a degree of humility and openness. The word ‘probably’ was frequently used in the Nero exhibition. In addition, it would have been useful to put a sign at the entrance, explaining what parts of the story were certain and which hypotheses were still being refined.

Overall, I was surprised that an exhibition on myths and fake news did not really allow its visitors to question the sources, methodology, and the alternative facts presented. By removing access to some key sources, the exhibition prevented the process of critical thinking from happening. Yet, seeing how crowded the gallery was made me hopeful. There is a craving out there for intellectual rigour and truth, it’s just a question of how to nurture it..

The exhibition ended on 24 October, but the book of the exhibition is available online: https://www.britishmuseumshoponline.org/exhibitions/nero-the-man-behind-the-myth/books.html.

Enjoy Lisa’s piece? Click here to read her recent interview with artist James Earley whose portraits of people living on the edge of society are making waves.