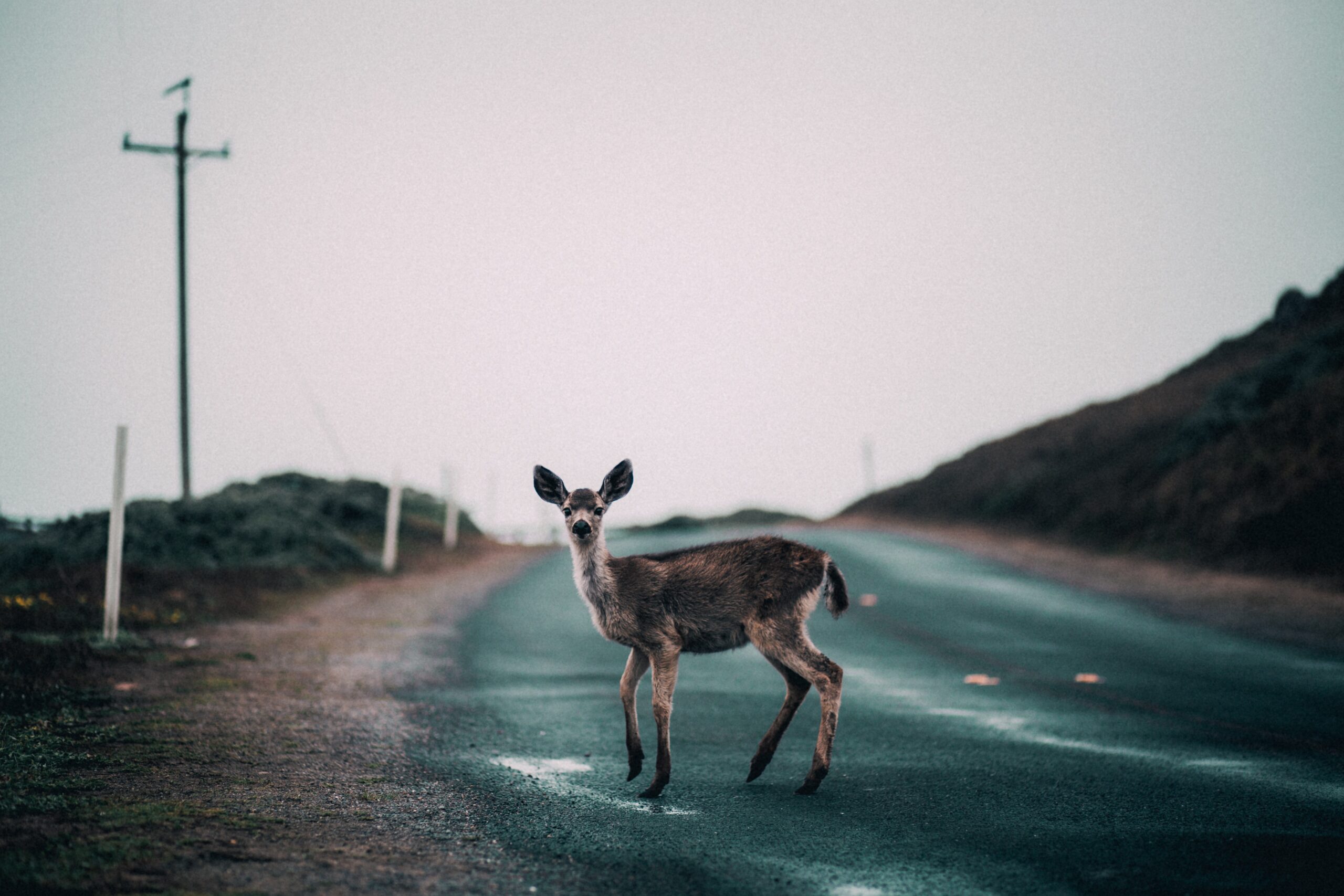 We can and must learn from these months of forced pause to live with and not against nature, argues Richard Bauckham.

The traffic is returning to our roads and I am missing the peaceful atmosphere in which the loudest noises were birdsong. I suppose we shall look back on lockdown as a unique period (unless there is a second wave and the rules return). “What did you do in the lockdown, Grandpa?” children will ask.

In time we shall no longer hear stories of wildlife taking over human spaces:

wild goats roaming the streets of Llandudno, sheep riding a round-a-bout in a children’s playground in Monmouthshire, wild boars munching their way through crops on Italian farms, herds of wild elephants in the streets of India, and hungry monkeys used to being fed at tourist hotspots plundering food in cities.

These and many others have been straying into “our” space. But was it ever uniquely ours? We have been encroaching on wild habitats at exponential rates over the last century. Has lockdown enabled a kind of redress? I see someone has now invented a name for it: “Anthropause” (though if one cares about the Greek derivation it ought to be “Anthropopause”), meaning a temporary checking of human activity, thereby allowing other forms of life to flourish.

I am reminded of Israel’s law of the sabbatical year (in that wonderful book of Leviticus which too many readers of the Bible have been told is unreadable). Every seventh year the Israelites were to leave all their farmland fallow: “There shall be a sabbath of complete rest for the land, a sabbath for the Lord: you shall not sow your land or prune your vineyard.”

But whatever grew of its own accord in the fields they could eat. In addition, in that year, “for your livestock also, and for the wild animals in your land, all its yield shall be for food” (Lev 25:4-7). The sabbatical year gave the land time to recover its fertility. But it also provided the wild animals with an opportunity to thrive even more than usual. (Of course, in ancient Israel there was plenty of uncultivated land, such as forests.)

There was a theological principle behind this law. The land did not belong to Israel. It belonged to God. As God’s tenants, the Israelites were to consider more than their own benefit from their farming. The other creatures, with whom they shared the land, were God’s creatures too, fellow-tenants. The principle surely applies to us too.

When Israel had long failed to observe the sabbatical year legislation (for reasons not hard to guess, though presumably human greed figured high among them) and when the people of Jerusalem and Judaea were taken into exile, the Chronicler comments that the exile “was to fulfil the word of the Lord by the mouth of Jeremiah, until the land had made up for its sabbaths. All the days that it lay desolate it kept Sabbath, to fulfil seventy years” (2 Chron 36:21). In other words, the exile was – in part at least – to provide the land with the rest that avaricious Israel had failed to give it. Though on a much more limited scale, lockdown has provided a sabbatical respite for wild nature.

But this raises various questions:

Can we somehow continue that respite?

Can we deliberately do more of what the lockdown has done for us without our intention?

Can we make what we regard as ‘our’ spaces more hospitable to other creatures?

Can we give more of it back to the wild creatures we have robbed of it?

On an evening walk across the fields earlier this week, I felt assaulted by the roar of the M11 motorway. For a long time during lockdown the M11 was, if not completely silent, at least very quiet. Now it is back to full volume. That otherwise tranquil fields, glowing in the evening sunshine, should be right next to this thunderous din seemed to me highly incongruous.

A few months ago I doubt I would have given that a moment’s thought, but after lockdown it really concerns me. Why have we generally put up with all the noise that traffic makes? The fact is, of course, that we have learned not to hear it, not properly. It’s like talking in a crowded pub. I once lived for a year in a flat right next to a railway line. After a while I literally stopped hearing the trains. Anyone who stayed there heard them, but I didn’t.

What happened with lockdown was that, when the human noise simply ceased, we noticed the other sounds, especially the birdsong.

The birdsong was no louder or nearer than usual, but we noticed it, and then, because we enjoyed it, we went on hearing it. How long can we go on doing so? Can we go on hearing it when the human noise resumes its previous level? I doubt it.

As you will realise, experiencing a motorway from a bridge over it is totally different from being in a vehicle on it. It is also different from being on a railway bridge because trains come and go, whereas motorway traffic is continuous and relentless. The noise and the speed seem mad and inhuman. Why should we need to transport stuff everywhere at such speed? How have we become so addicted to travelling? Our ancestors – even my own parents’ generation – were quite content to make only moderate journeys occasionally. Is it just because we can (we have cars and planes) that we do?

The lockdown, by pausing all this frenzied movement for a while, has perhaps opened the way for a continuing moderation of it.

We have realised that we can communicate without travelling – and even more quickly! It has made many journeys seem unnecessary. No one likes commuting to work. We now realise we can work from home in many cases and thus cut back the travelling and reduce the noise too. We shall have more time for the neighbourhoods that many have discovered or rediscovered during lockdown. When the pubs and the churches and the coffee shops, the tennis courts and the playgrounds re-open, localism will make even more sense.

The origins of the coronavirus Covid-19 continue to be investigated and debated, but there seems to me to have been less attention given to an equally or perhaps even more important question: Why did it spread so far so rapidly? I suppose the answer is obvious: globalisation. The same developments that make it so easy for people to travel long distances rapidly have made it easy for viruses to do the same.

A report by the Institute for Economics and Peace (not something I had previously heard of) claims that the spread of the virus was highly correlated with air travel, both international and domestic. Areas most affected have been those with big international air hubs, such as Milan, Paris, Brussels, Frankfurt, London and New York. Some countries closed their borders at an early stage of the pandemic, but it is not clear whether this made a big difference, because it was probably too late. We now know that people were being infected – in Italy, for example – much earlier than we thought. So restrictions on travel when we discover there is a burgeoning pandemic are not sufficient to prevent it.

If there are not to be more pandemics, the pattern of global trade needs to change. We have thought, in the period since the invention of air travel, that we can progressively eliminate distance. But it turns out we need distance. The world is not the internet.

Reading this article, those who know me might suppose that the lockdown has turned me a deeper shade of green. I think the truth may be that it has helped me realise that some green ideals are more realistic than many people think.