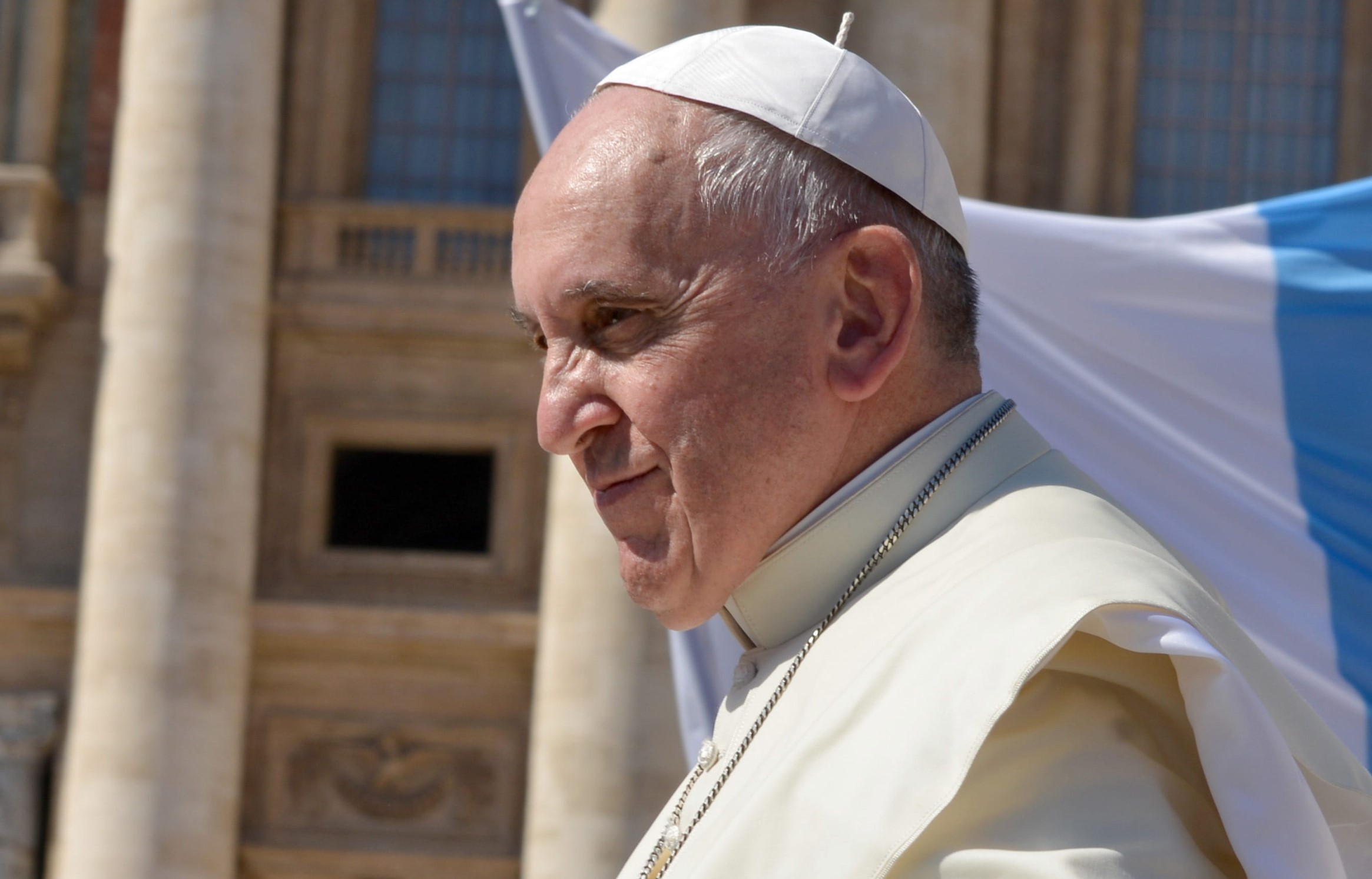 Joseph Evans is troubled by Pope Francis’ latest document, and is forced to ask why.

I confess: I found Pope Francis’ new document – on fraternity and social friendship – annoying. It’s too long, occasionally rants, and sometimes seems more like an impassioned sociology essay than a calm reflection by the world’s foremost spiritual leader.

In the black and white world of his encyclical (an encyclical is just about the most authoritative document a Pope can write), Francis gives no quarter and takes no prisoners. The 43,000+ words of Fratelli Tutti (Italian for “Brothers all”) have a clear sense of exploiters and exploited, but, I felt, too little sense of the rest of us who at least think we are somewhere in the middle, wearing our sweatshop clothes and enjoying privileges no doubt acquired through the misery of others, but not seeing how things could be otherwise.

But while everything said in the previous two paragraphs would offer excuses aplenty to write the document off and fail to listen to what the Pope is trying to say, I am convinced that, despite the text’s annoyances of tone and style, the Pontiff has written a crucial, necessary and prophetic work which every person of goodwill should take seriously and engage with.

And those who, like me, felt irritated by it must examine themselves deeply as to what it really is that irritates them –

is it simply a question of style or rather a more fundamental discomfort with the Pope’s message and the gauntlet he has thrown down?

Could it be that we don’t like the document because it aims to shake us out of what the Pope calls our “cool, comfortable and globalized indifference”? Because it refuses to allow us to consider world poverty as an intractable problem, and therefore one we can simply forget about?

Am I irritated because it won’t allow Catholics like myself who value doctrinal clarity, piety and prayer to think we are being good Catholics simply for this? Because it dares to make practical action for the needy a criterion for authentic faith? And because it calls on all, non-believers too, to examine themselves about their excessive consumption, their waste, profligacy and selfish lifestyle, while so many others live in misery?

Although his words are often abstract, Francis can be disconcertingly concrete at times as when, for instance, he condemns modern scourges such as “human trafficking, the marketing of human organs and tissues, the sexual exploitation of boys and girls, slave labour, including prostitution, the drug and weapons trade, terrorism and international organized crime.”

Jesus’ own approach to political power may have been more nuanced than Francis’. He got on just fine with Roman centurions, ate with tax collectors, and was ready to receive at least some support from the rich and powerful – all the exploiters of his time and region.

And as much as he put God first, he was ready to “give to Caesar what belongs to Caesar” (a biblical quotation surprisingly absent from Fratelli Tutti, given the many paragraphs it dedicates to politics).

But Francis almost seems to have gone back to the Old Testament. Blasting away relentlessly at all those who oppress the needy, he could be criticised for seeming more like Amos or Isaiah than Christ.

The document is too long to try to summarise but let me just offer a few key points to explain why I think we must all take it seriously.

1) The ‘virus’ of individualism:

The Pope’s analysis of the contemporary socio-political situation is harsh, uncompromising, even negative, but hard to refute. His biggest enemy perhaps is the selfish individualism which he describes as an even worse ‘virus’ than Covid and which he believes has taken a grip on our world. A false sense of freedom, he says, leads to “limitless consumption and expressions of empty individualism”.

Living only for ourselves, we have lost a sense of society, a fact, he says, particularly demonstrated by the inability of governments to cooperate in a pandemic which has reached every corner of the globe. It’s each man for himself, or each group or nation for itself, leading to “xenophobia and contempt for the vulnerable”.

against this, the Argentinian pontiff proposes a new vision, a new way forward. It’s not only a question of thinking socially, we must also think about the weakest in our society. Perhaps we haven’t realised how unconsciously Nietzschean we have all become. A world without God (at least in the West) has become a world which only values power and the will to power. The weak must be discarded – the Pope talks of our “throwaway” culture: we don’t just throw away too much garbage, we also throw away people.

Against this, in what for me might be the most significant line of the whole encyclical because of the practical consequences it could have, the Pope writes: “The decision to include or exclude those lying wounded along the roadside can serve as a criterion for judging every economic, political, social and religious project.”

If this were lived out, it would lead to a social revolution. Every economic, political or social decision based on how to help the weak and wounded, instead of how to maximise profit or power. Think about it and imagine the transformation.

Speaking as a journalist, one of the most beautiful passages of Fratelli Tutti for me is when Francis outlines his vision of social dialogue and how the media could contribute to this. Instead of media manipulation, the Pope calls for “authentic social dialogue [which] involves the ability to respect the other’s point of view and to admit that it may include legitimate convictions and concerns … When individuals or groups are consistent in their thinking, defend their values and convictions, and develop their arguments, this surely benefits society. Yet, this can only occur to the extent that there is genuine dialogue and openness to others.”

We must “grow in our ability to grasp the significance of what others say and do, even if we cannot accept it as our own conviction”, the Pope says. And he calls for public discussion which “makes room for everyone and does not manipulate or conceal information”.

The document has a long section on politics, with the optimistic title: “A better kind of politics”. The pontiff is hopeful in the extreme! Echoing his predecessor Benedict XVI, he dares to view politics as a form of social service, even of love. With typical Francis practicality, he offers examples like this:

“If someone helps an elderly person cross a river, that is a fine act of charity. The politician, on the other hand, builds a bridge, and that too is an act of charity. While one person can help another by providing something to eat, the politician creates a job for that other person, and thus practices a lofty form of charity that ennobles his or her political activity.”

I love too his “examination of conscience for politicians” (my term). These questions should be posted on the noticeboard of every person in public office.

““Why am I doing this?”, “What is my real aim?” For as time goes on, reflecting on the past, the questions will not be: “How many people endorsed me?”, “How many voted for me?”, “How many had a positive image of me?” The real, and potentially painful, questions will be, “How much love did I put into my work?” “What did I do for the progress of our people?” “What mark did I leave on the life of society?” “What real bonds did I create?” “What positive forces did I unleash?” “How much social peace did I sow?” “What good did I achieve in the position that was entrusted to me?””

The Pope says much more, some of which will raise the hackles of those of a more capitalist bent (he clearly has no time at all for free market economics). He calls for a reform of the United Nations and he speaks strongly against the death penalty, giving arguments against it from the Bible and Church tradition.

He appeals for a new culture characterised by kindness in which no one is useless and no one is expendable. And he outlines his vision of a world where religions can be at the service of peace not violence.

Call all this naïve, if you want, but if only one leader – or even one of us – took it seriously, the world would be a better place.

And that might be the clue to Fratelli Tutti. I don’t think Francis seriously expects everyone to follow what he says to the letter, but he is optimistic enough to hope that some people might. Perhaps even you and me. And if they – or we – did, there really would be more “fraternity and social friendship” among people.

So why might we find Fratelli Tutti annoying? Yes, perhaps for its length and hammering tone. But maybe above all because we are annoyed in ourselves, annoyed at anything which might upset our selfish lifestyle.

As Francis writes: “Consumerist individualism has led to great injustice. Other persons come to be viewed simply as obstacles to our own serene existence; we end up treating them as annoyances and we become increasingly aggressive.”