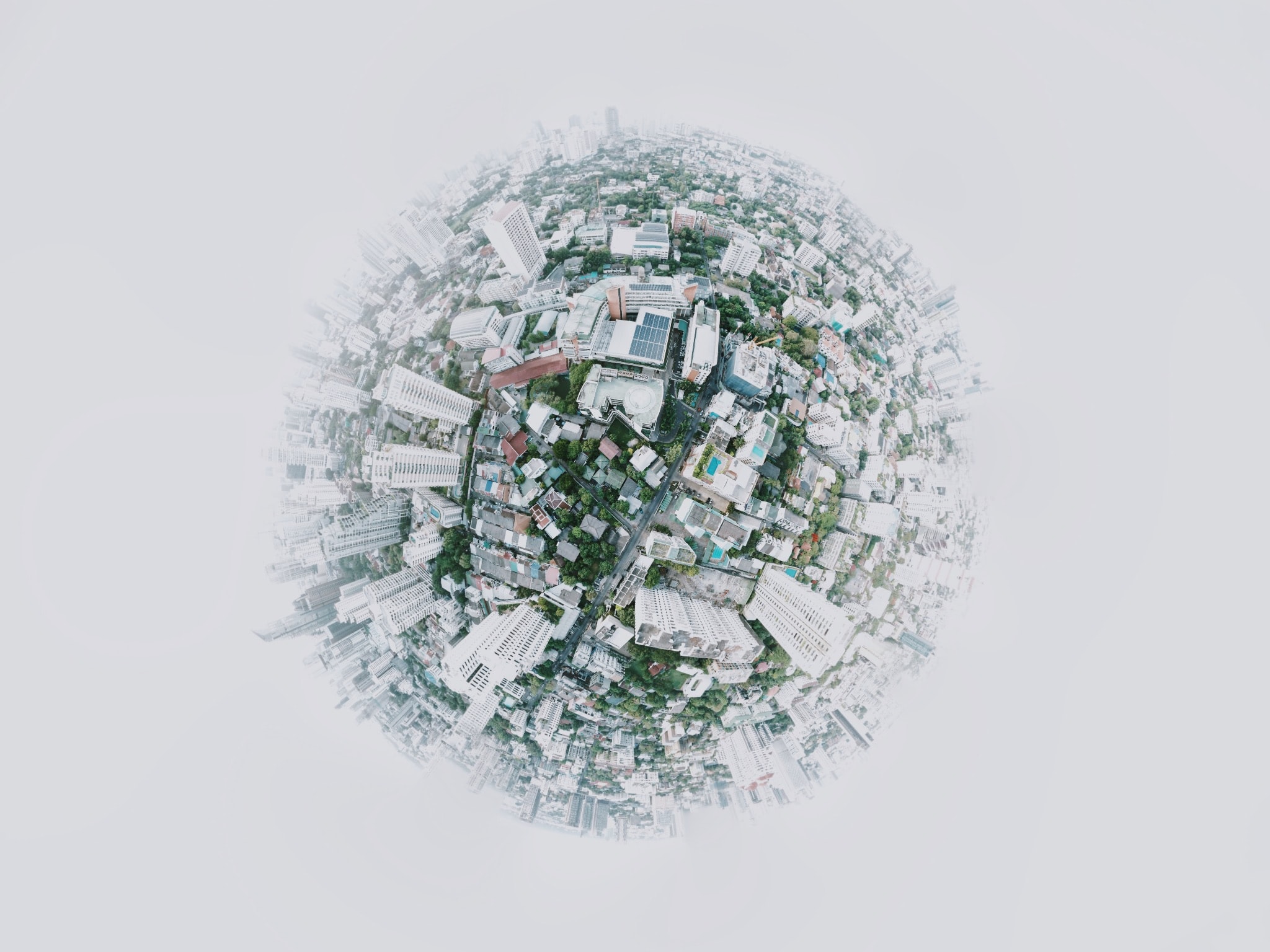 Francesca Omon argues that spiritual values are just as essential as green policies to save the planet.

Suppose a rational person is driving a car and catches himself speeding. What will he do? Shift his foot to the brake pedal, push it down, and reduce the car’s speed. Easy.

Now suppose humans are living their lives and realise that the world’s temperature is rising and numerous environmental problems are getting out of hand. What will they do? Press the brake pedal to reduce resource consumption? Strangely enough, no.

Instead, this is what has been happening: blame fossil fuels and demand their phasing-out.

So the cry goes up … Dismantle coal plants and replace them with solar and wind power (by extracting even more minerals from the earth). Blame high emitters. Blame businesses for being unsustainable and unethical. And of course, blame governments for not doing enough.

Is this ‘everyone else but me’ response to global warming and environmental woes sufficient to solve the problems? Alas not!

Bad management by those with control over resources is certainly an issue, and all efforts must be pursued to get it right. But management of the problem is just one part of the equation because ultimately what they have been doing is to give us what we want and think we need.

Between 1990 and 2008, developed countries managed to reduce their territorial emissions by three per cent. But during the same period, the emissions embedded in goods imported from developing countries (cement, steel, pulp and paper, textiles, electronics, furniture, and cars, among others)  increased substantially, resulting in developed countries actually adding 11 percent to global emission rates.

Equally concerning is an observation which shows that emission reductions in sectors that contributed to lowering domestic emissions were actually being reversed by emissions embedded in imports in the same sectors.

This calls into question the ongoing efforts of most developed countries to switch to low-carbon technologies.

For example, between 1990 and 2011, changes in the UK’s electricity, gas, and water sector contributed to a 16 per cent drop in its domestic emission. But at the same time, emissions embedded in imports in that sector increased 208 per cent and resulted in a 10 per cent rise in the UK’s total carbon footprint. A similar phenomenon was observed in the EU’s electricity, gas, and water sector.

Ever wonder why global emissions never quite go down consistently?

Could it be that we have been engaged in a form of feelgood emission shifting instead of real reduction? Things may change in the future, but as they currently stand, they imply that as long as demand for consumption does not reduce, the world’s temperature is likely going to rise further.

Reducing consumption is challenging when the definition of success and sense of self-worth is often measured in material terms. Progress is commonly characterised by invention and improvement, a search for the latest, the most advanced, and the best.

While novelty has transformed civilisation throughout history, sometimes for the better and other times less so, a continuous quest for novelty can become an obsession and an end in itself if it is not accompanied by a strong sense of what truly matters in life.

This is not to suggest that we have to return to the Stone Age. Progress and modernity are important, but without knowing what makes a person truly human, the unquenchable thirst for novelty can easily get hijacked by greed and pride, thereby presenting ‘wants’ as ‘needs’ and trapping many in a modern iron cage of consumerism.

This material-driven lifestyle is closely linked to the thirst for increased levels of wealth. What is even more puzzling is our society’s continuous obsession with accumulating wealth, since the idea that possessing more means a happier life is probably more of a perception than a reality.

Studies have shown that while an increase in wealth can indeed lead to higher levels of contentment, it does so only up to a certain point. Beyond that point, any additional income does not result in a parallel improvement in the sense of wellbeing.

This phenomenon is primarily observed in developed countries whose national incomes have gone way past that tipping point. If this is the case, why is it that ‘enough’ seems to have replaced ‘sorry’ as the hardest word?

In developing countries, the desire to emulate the so-called ‘Western lifestyle’ can be overwhelming. Unfortunately, the then US President Barack Obama‘s anecdotal remark that “if over a billion Chinese citizens have the same living patterns as Australians and Americans do right now, then all of us are in for a very miserable time, the planet just can’t sustain it…” is not completely baseless.

A study has shown that if every inhabitant of planet earth were to live ‘the good life’ as it is perceived at present, resources will indeed not be enough to sustain it.

And in all fairness to people in developing countries, why can’t they have the same levels of material comfort as those in rich countries? After all, isn’t this kind of lifestyle a proven track towards happiness?

Such is the vicious cycle that materialism and consumerism create. The consequence is clear: the earth can’t cope with this culture of materialism.

What explains society’s fixation on materialism?

Responses may vary, but simple logic may suggest that it is a result of society losing sight of the spiritual dimension of the human person.

We intuitively know that non-material realities like love, relationships, peace and joy, matter in life. But the irony is, they are rarely regarded as elements of our intrinsic spirituality and are instead treated as personal experiences at best. And although religion, whose ‘core competence’ is in the domain of the non-material, has so much to offer to develop, nurture, and give meaning to these personal experiences, it is often ignored, seen as losing relevance, and treated even with suspicion and hostility.

We can certainly develop these personal, non-material realities without organised religion. But when saving the planet and the future of humanity require a set of virtues which include detachment from materialism and consumerism, the ability to say ‘enough’ and forgo one’s ‘wants’ (often disguised as ‘needs’) so that others who are truly in need can instead have the most basic resources, and strength to sustain such a commitment in the face of novelty’s continuing allure, we will probably need some ‘professional help’ from the realm of spirituality instead of trying to rely on our own personal experiences. Re-considering religion could be the first step.

An illustration may come from my own creed because I am in no position to speak for others (but I welcome dialogue).

Christianity holds that true happiness lies in loving relationships with God and other human beings, and not in material possession. It views material blessings as a gift from God and not life’s goal.

Love lies at the heart of Christian teaching, a love which does not simply mean mutual attraction, niceness, or civility. Rather, it is a love which means self-sacrifice, a willingness to let go of oneself for the sake of  the other, a love most radically shown by Jesus Christ hanging on the Cross for our salvation. This is the virtue that Christians are striving for. And if this sounds humanly impossible, Christians believe that God Himself is the one who will enable them to do exactly that.

We have come to a point in history where environmental pressures are becoming more intense than ever before.

Among the numerous solutions being pursued, lifestyle change is rarely mentioned, yet it seems to be an obvious answer, though many are in denial about it.

Indeed, if humans are to push that brake pedal to reduce consumption, we will require a worldview that does not see the pursuit of material possession as a recipe for happiness, but rather one which regards self-sacrifice out of love for others as the central virtue, and which believes in a higher power than mere ‘niceness’ that will sustain the exercise of such virtue against all odds.

For me, this worldview is found in Christianity. For others it may be found in the wisdom of other great faith traditions.  Wherever it is sought, it is now time to bring religion back into fashion and to re-discover the beauty and relevance of its teaching for human life – and to help us save the planet.