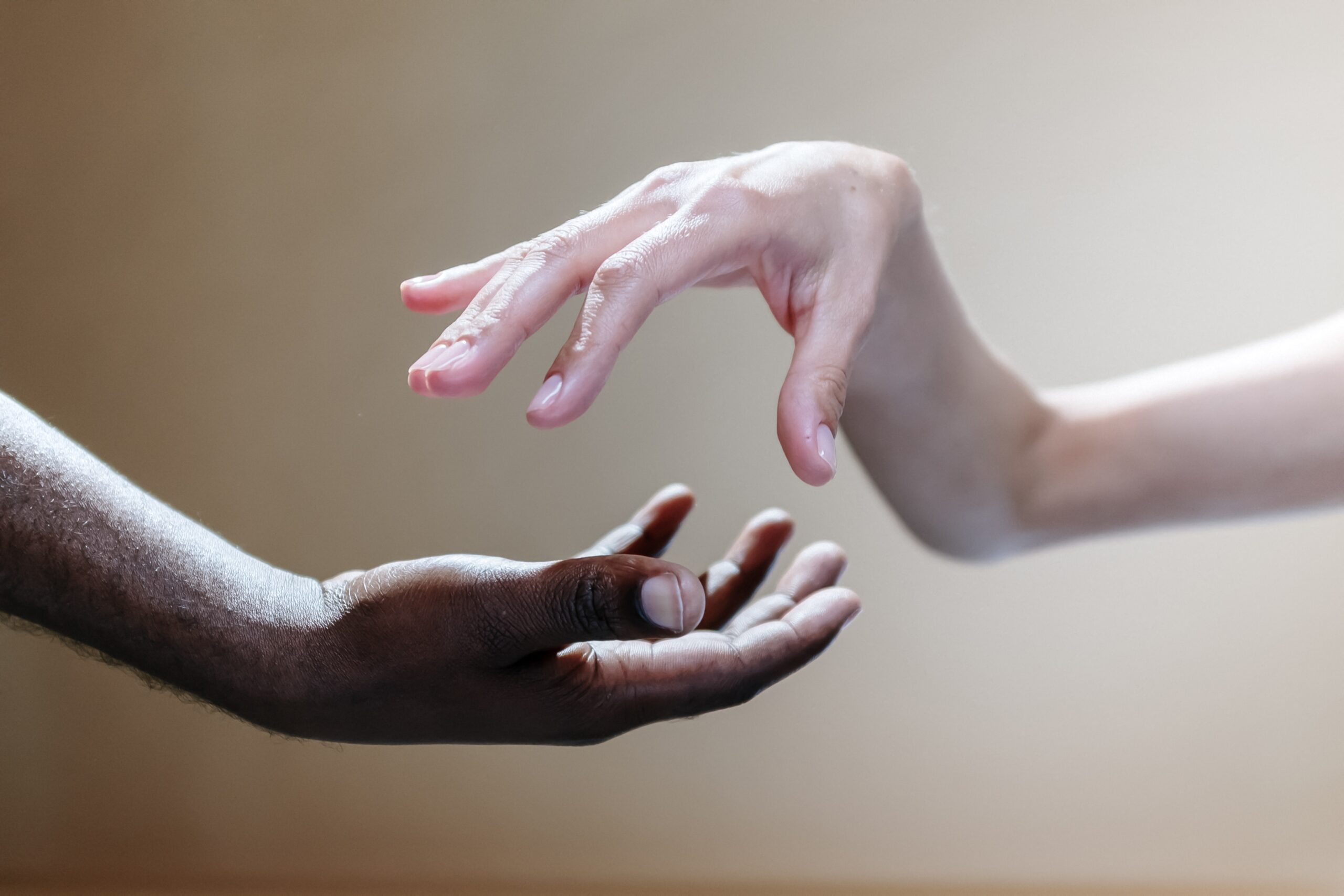 The arrival of a divorced, American woman of colour in the heart of the British royal family was, perhaps, never going to be easy. Her departure from that august institution has been even harder.

Meghan – still, for now, Duchess of Sussex – poured her heart out to Oprah Winfrey under a chic Californian canopy (in a neighbour’s garden, as they apparently live in the same street!) about media intrusion, mental health and race. Half the world, or so it seemed, tuned in to hear her.

It’s not for me to judge the veracity or not of what she said, though the trial by American media of Britain’s ancient monarchy, with no chance to defend itself, did seem somewhat unfair. But it was the claim that concern was expressed within the royal family about how dark their unborn baby Archie’s skin would be which not only sparked most comment, and indeed fury, but also touched a chord in me.

Of course we cannot know the context or the wording or even the source of the comment, but the issue is one that reaches beyond the walls of Windsor. It’s an issue I have lived with since the day I was born.

Over the last 12 months, given all the spare time in the world thanks to Britain’s lockdown, I researched my own family tree: it’s been an exciting journey.

There was evidence of much grinding poverty, close family ties to ancient places of pilgrimage, to personages of great wealth and power, self-made men and distant cousins who were nation builders. Ancestors who were in the circle of those who developed revolutionary ways of practising Christianity. The dark side was the presence of slaves in my blood line .

Like many I am the result of Empire, a direct descendant of those who emigrated from the British West Indies in the years after World War II to meet the needs of industry, nursing and construction in Britain, now known as the Windrush Generation.

My maternal grandfather Angelo Lincoln was born in what was then known as British Guyana on the mainland of South America in 1924. I remember him as a brusque, diminutive, dark-complexioned elderly man, followed by the ever-present scent of whiskey, his preferred spirit.

He was, like many others, descended from those people stolen from their native homeland in Africa to work plantations in the Americas, producing sugar and rum, working the cotton fields, all unpaid, without right to person or recourse to law.

He grew up in the capital city Georgetown on the River Demerara, a place he once remembered, perhaps romantically, as akin to living in an open-air zoo, with pet monkeys and parrots and the rain forest encroaching right into the centre of the city.

Angelo moved to England around 1947 and married my grandmother Mariah, a tough white working-class woman from Ancoats, a township in the centre of the famously wet Northern English city of Manchester. Her neighbourhood was a hotbed of Irish sectarianism and English Nationalism – indeed it was rumoured her brothers were English Fascists, the hated black shirts. Unsurprisingly, the news of their relationship caused an irrevocable family rift.

They had a large family, six children altogether; my mother was their second oldest child and second daughter. It was a tough life, racism was rampant in England at that time, few bothered to hide their hostility in those unenlightened days. Being spat at on the bus, the spectacle of furious elderly people abusing immigrant families in the streets, or the reality of the signs outside lodging houses which read No Blacks, Dogs or Irish, were facts of life. My mother eventually married a man of English extraction, and I was born to them in 1980.

I can’t remember the first time as a child I was called quarter caste, perversely then still considered a relatively polite term.

The phrase originated in the jewel in the crown of Britain’s many colonies, India, for the children of those who had married outside their religious and social caste and were therefore to be shunned.

Or the first time someone, unable to work out the complexities of my genetics, referred to me as a throwback, some kind of genetic reversion or oddity to explain my whiteness in contrast to other members of my family. It was, to use that most woke of phrases, a very ‘othering’ experience.

I didn’t know it then but these racial names, ones that made me acutely uncomfortable, had a long history, indeed were relics from the very earliest days of slavery. This type of categorisation on plantations was used to divide slave stock by their skin tone or by the perceived amount of European or African ancestry, octoroon, quadroon, mulatto, negro, later high yellow, mestizo, creole, half caste, quarter caste and so on. Really one drop of black blood was considered enough to contaminate the supposed perfection of European whiteness.

None of these distinctions prevented an individual being bought or sold. In fact, they demarked their position in the market as a tradable commodity. The dehumanisation of the person was perhaps the aim, the removal of names and distinguishing features, so any individuality was lost.

It was one of many actions that allowed a psychological barrier to develop for the slavers, allowing them to carry on their abhorrent trade without harming their own mental wellbeing.

White people have long been fascinated by the offspring of biracial relationships, I think because these women or men, while light skinned and European looking, had a perceived ‘availability’ born from their slave status and social ambiguity that was forbidden within their own communities.

Literature has not failed to mirror this fascination. Dion Boucicault’s The Octoroon is a typically salacious play of 1859, a torrid melodrama with the storyline of Zoe, a woman of distant African heritage, who nevertheless looks white, and follows the vicissitudes of her life, straight from slave auction into the arms of her white male saviour.

An update of the theme is the golden age of Hollywood cinema Imitation of Life which posits Sarah Jane, the biracial daughter of a black housekeeper (played by Jewish-Mexican Susan Kohner), in the home of Lana Turner. The girl appears white and passes herself off as such, with predictably tragic results when her true heritage is discovered. The film is most memorable for legendary gospel singer Mahalia Jackson’s shattering solo during the funeral scene.

But it was life which imitated art in recent years as we have watched the sorrowful drama of the American born and biracial Meghan, Duchess of Sussex, her white English husband Prince Harry, both son, brother and uncle to the heirs of the British throne, and the growing tension between the rarefied world of the House of Windsor and themselves, as the fairy tale fell apart in an unseemly and public way.

Truth be told Meghan was always going to struggle to fit into what the royals self-reference as ‘the firm’, her colour was just one of many things that set her apart. Her social class, her nationality, her vocation as an actress and her status as a divorcee were probably just as unsurmountable. That things deteriorated so quickly was perhaps the only surprise.

The Duchess is not alone however. Many biracial people struggle with a clear identity of exactly who they are in relation to the communities to which they belong (or perhaps don’t belong). I know this to be true from my own experience.

Sharing a common genetic dynamic with the young Archie, I once again acutely felt the discomfort of being the unwanted focus of what Psychology Today calls ‘leering interest’, as the media raked over her revelations.

Biracial people are now the fastest growing minority in Britain, so it’s strange we are often excluded from the debate on race, as if it had ever been a simple binary of black and white.

As Heidi Durrow, author of The Girl Who Fell from the Sky (2010), notes, ‘there is a long history of multiracial people having achieved great things’.

That this hasn’t been recognised is largely due to a society that wants to easily classify people. People who are biracial resist classification because we often fail to conform to normative expectations or stereotypes regarding appearance or life experience.

If we accept this and accept that there are different nuances to any debate, then perhaps the biracial viewpoint can offer a bridge that embraces both the white and the black experience, as well as being a position all of its own.

That would be the best outcome for Archie, and for millions of others.