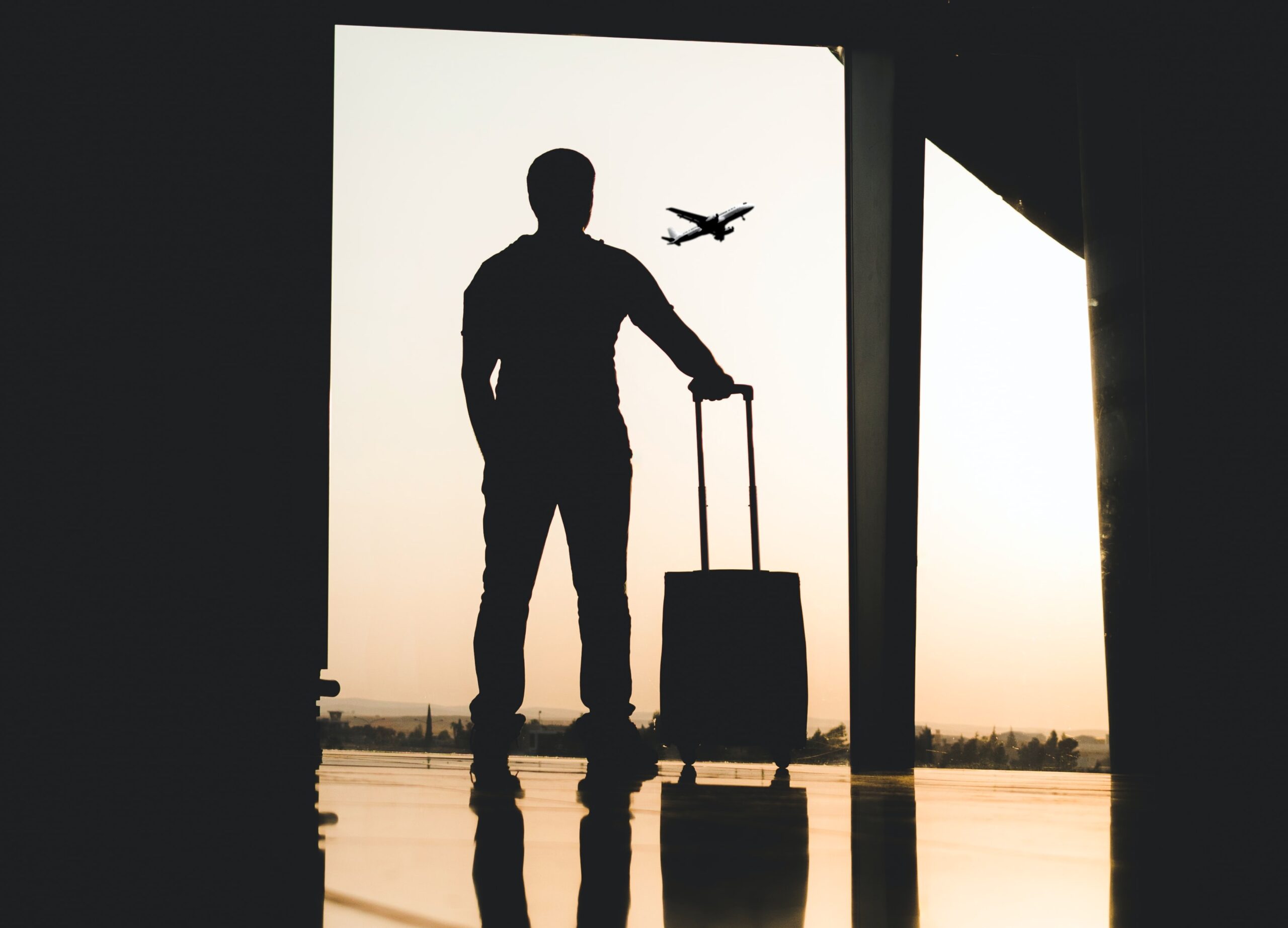 Joseph Evans argues that travelling is essential to human well-being and that concern for the environment should not, in the long run, stop us from doing so.

So it happened like this. An event of apparently minor significance but which still left a big mark on me. I was there in a shop in a mall somewhere in Denver, Colorado. I asked about something, the shop-keeper answered, I think I made my purchase. And that was it.

But it wasn’t just that. Because there was something in the way she answered, the way we spoke, that was like nothing else I have ever encountered anywhere in the world. For she spoke to me as an equal: pleasantly, naturally, comfortably, with the simple conviction that we were at the same level in that brief transaction.

And I appreciated it enormously because I am not used to being treated like that in shops here in Britain or, for that matter, in other parts of Europe or in Asia. In all these places, there is an unstated assumption that the shopper is king and the attendant his or her servant.

Though we might assume equality – of course in democratic Britain! – in fact we are not equal. Class divisions also reach the shops. As a purchaser I am superior and am treated as such.

Hence my Denver experience, though seemingly unremarkable, was so refreshing. And I can tell you about it, share it with you, because I actually went there. I crossed the Atlantic and stood in that shop, and that episode told me something about the US which I would never have found in  books, or even from video clips. I experienced first-hand the fundamental egalitarianism of mind and soul which, for all its faults, characterises the best of American culture and society.

And this is why we must travel, still today, with all its risks and costs. I am fully prepared to accept scientific evidence about the carbon footprint of flying. And I therefore fully endorse a temporary curtailing (reducing, not stopping altogether) of air travel.

But I sometimes sense in those environmental doom mongers a sort of miserable satisfaction in stopping us travelling, as if they want us to sit glumly at home to nurture a guilty conscience for how we have damaged the planet. Birds can still fly but we shouldn’t.

Perhaps we have to travel less for a while, but we shouldn’t be content with this. I, for one, would favour investing however much it takes into researching forms of travel which have less impact on the environment. This must be a priority for world leaders and the scientific community.

Because, when all is said and done, it is good that people travel, and we have seen in recent decades its positive effects. It promotes peace, opens people’s minds, broadens our knowledge and culture, boosts economies, helps poor communities, and generally makes the world a better place for everyone.

When I was a student at university I did a year abroad in France and Portugal. It was a great experience. I learnt something about the class of French people (it comes naturally: they don’t have to put it on!) and the delightful warmth and charming sentimentality of the Portuguese. I learnt to love and value both peoples and cultures. Through further living abroad I have experienced the rough and ready goodness of the Spanish and the incredible communicative capacity of the Italians.

I also caught the African bug (cultural not gastro-intestinal!) in Zimbabwe and long to return there, and I was profoundly moved by the gentle dignity of Burmese refugees during two visits to Thailand to support them. In Denver, while attending a world youth activity, we were effectively adopted for the week by two families and the rest of the city bent over backwards to make us feel welcome. I could say more about these and other peoples but time and space do not permit.

Of course, life in Britain, particularly in London, meant that more or less the whole world came to me. How London is enhanced by the Brazilians in Harlesden or by Chinatown. How much I have enjoyed meeting Indians and Pakistanis and dream of visiting their lands.

And all this because of travel, because people can cross the seas to encounter each other.

But back to France. In the university refectory I met a young German. Thereafter we had lunch together periodically. He would tell me about his dream of connecting Europe, principally through massive investment in infrastructure to permit easy rail travel between the countries of the continent. This was before the age of budget airlines.

As a young and fervent Catholic, more concerned about people’s souls, their spiritual journeys, and perhaps also with a touch of unconscious insularity (it affects us all, even the most Europhile of Brits), I couldn’t quite see the fuss. I remember thinking that this was a rather limited ambition.

Now I couldn’t encourage it enough. I wish we could meet again and I would urge him to make his dream come true. Get people moving. Get Europeans travelling from one land to another so we can discover, as we have done in these EU years, how charming and how good (and occasionally infuriating) are the Greeks, the Swedes, the Croats, and all the others, each in their own unique way. And let’s replicate this on other continents.

If trains have a less detrimental effect on the environment, then so be it. At least until we invent planes which can fly with solar power or by harnessing magnetic rays or whatever it takes to make them eco-friendly.

But we must not go back to the narrowness and nationalism which isolationism fosters, that insane blindness which makes us think we are the best simply because we have not experienced others.

Of course travel can be used for wrong purposes. People can travel simply to get drunk and hardly notice the land they are vomiting all over. They can travel to steal, for sexual perversion or drug trafficking, or for all sorts of corrupt purposes. But people can do all sorts of good things for bad motives and this does not vitiate the activity in itself.

And though people can look down on ‘charity tourism’, well-off Westerners crossing the seas to offer help from on high to poor natives – so it is negatively perceived – my own experience has taught me the profound good this does to me and the people you go to help.

How many young people from comfortable backgrounds have been challenged and inspired by the heroic resilience of the poor … I have seen families of six living in tin shacks the size of a small garden shed – with one bed between them all. And invariably the comment of those who have been on service projects is ‘these people seem far happier than we are!’

And the recipients of our support welcome it so much. Once, at the end of such a project in Nicaragua, various people made speeches (Latin Americans rather like making speeches in my experience!). But the most moving of all came from a little girl who simply said: “You have not just sent us money from afar. You have come out to see our need and share it with us.” Out of the mouth of babes …

As a believing Christian, I also know the impact which spiritual sites and places of pilgrimage can have. To go to Israel where Jesus, whom I worship as God made man, literally touched earth is an indescribable experience.

And as a Catholic I treasure every shrine of Mary, those places where I believe she appeared and showed her love to us her children, just as a good husband might treasure a photo album with pictures of his beloved wife in different places. “This is Susie in Corfu when she was young. Oh, she was so beautiful. And that’s her 30 years later on our anniversary in Slovenia. Now I love her even more.” Like Our Lady in her shrines: always the same, always her, but somehow unique in each location.

So, travel we must, and precisely this to save the planet. To save its most precious members, the peak of visible creation, humans, who need to travel for their well-being. To save our economies (because, yes, thriving economies need the free movement of peoples), to save poor communities which rely on tourism, to save us from bigotry, narrowness, and even wars.

Sure, we must – absolutely – think about the environment. Indeed, eco-tourism can be a way to value even more the wonder of creation – splendid, fragile and resilient all at once. If we have to cut back on travel temporarily to save our planet, then we will accept the sacrifice. I am praying for the fruits of COP26. But we were made to get out and about and not be stuck at home in front of a screen.

A healthy ecological sense is perfectly compatible with the encouragement of travel. In fact, they are two sides of the same coin. Concern for the environment should never begrudge the presence of humans on the planet. The flourishing, and therefore the journeying, of humans is the crowning and purpose of creation. When men and women come together and thereby grow in peace and mutual understanding, creation will groan less and share in the freedom and glory of God’s children on earth.

If you liked this article, check out this one too in which Joseph offers some essential questions we should ask ourselves before we travel.

Have a few pounds to spare this payday? Please click here to help us support the future of journalism by donating to our Crowdfunder. We can’t offer paid opportunities to young writers without your contributions!