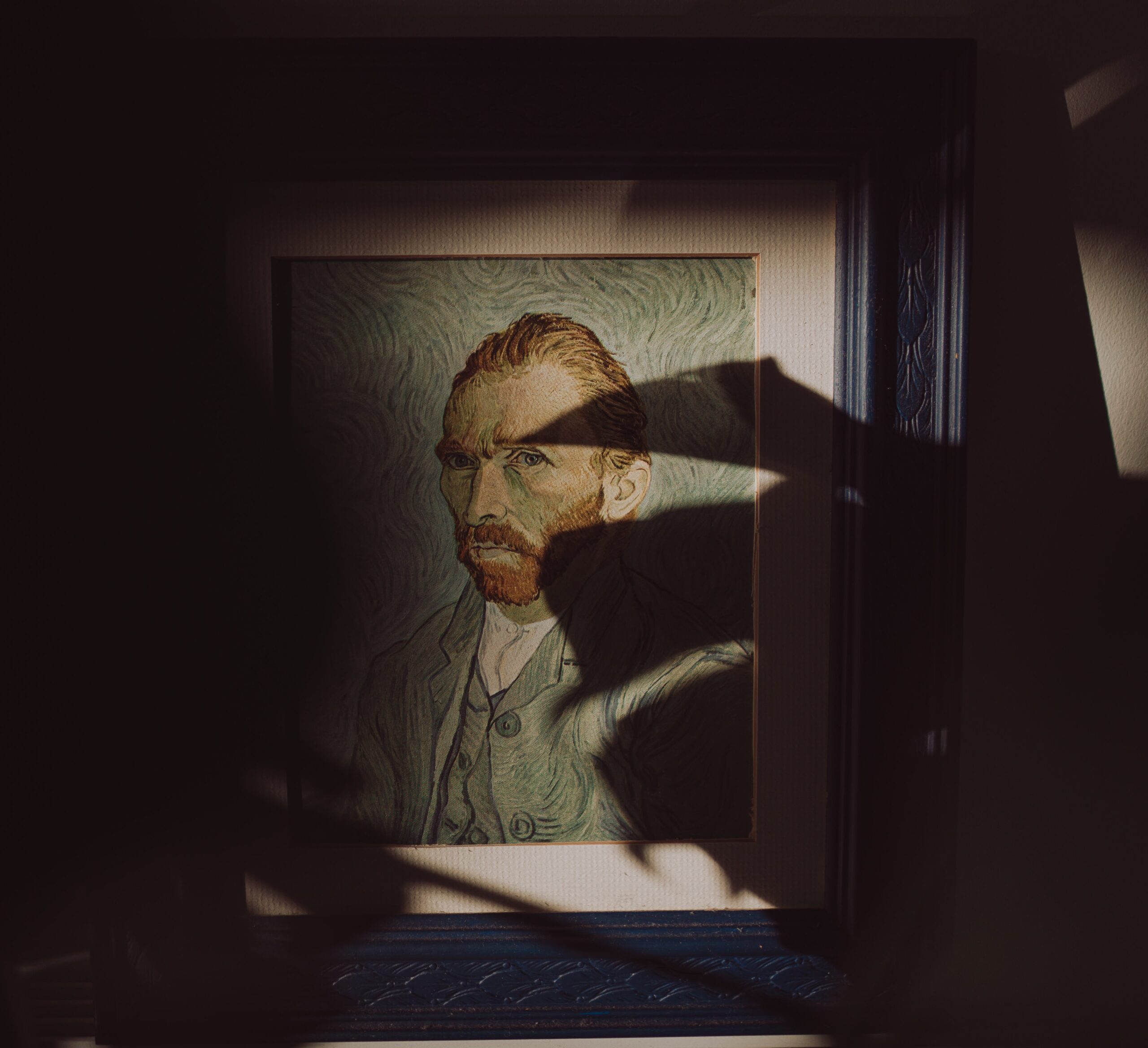 What would people in your life think if your best friend published a book collecting all your WhatsApp discussions? Would your loved ones, family and colleagues be surprised by your most hidden thoughts, lights and shadows?

Van Gogh has been one of my favourite painters since my teenage years. I have visited some of the places where he lived and tried to see as many of his works as possible, across countries and museums. I assumed that his paintings were the most intimate expression of his soul, therefore, I thought I knew him reasonably well. I knew about his women and addictions, his travels, and his life at the margins of society…

Yet, a gift from a friend gave me a new understanding of the man behind the paintings. The Letters of Vincent van Gogh is a collection of about 900 surviving letters he wrote to his brother, friends, and relatives, from aged 19 until his death. Gaining access to his private thoughts made me rethink the way I saw the man, his art, and his life.

It also made me wonder: what do I really know about people in my life? How can we really get to know those closest to us, penetrating their emotional layers, and gain access to  their souls?

As I regularly write emails to my loved ones, I’ve experienced the power of letter-writing. For Vincent, though, letter writing was more than an exchange of news. Rather, writing became a life-saving exercise which brought him fresh air each time he gasped – strangled by self-doubt, relationship breakdowns or anxiety. Writing for him was cathartic: in a life marked by rejections and disappointments, it helped him let go of his feelings, and make his existence more bearable.

Writing was also a way for him to analyse the movements within his soul.

His ability to present his true self couldn’t be more different from the modern tendency to present curated versions of ourselves on social media, even to our friends.

Van Gogh’s self-awareness was a source of growth: he observed his feelings and actions without holding back, and without pretence; he analysed his decisions; he committed himself to learn from these lessons and he looked back in time to identify progress (or lack thereof). His ability to face his shadows helped him grow both emotionally and as an artist.

Van Gogh has often been portrayed as a drunkard with little sophistication. Actually, his letters reveal that he was actively working on his intellectual growth: he read extensively, he learned languages (he was fluent in Dutch, English and French), and he was curious about foreign cultures (including Japanese art). Vincent was not just a man with a good brushstroke – he nurtured his soul and he fed his brain. This process of constant formation created a fertile ground, allowing him to bloom as an artist.

I found it striking to realise that Vincent wasn’t born an artist: he became an artist, firstly, because of life circumstances and then, because he chose to nurture this aspect of his personality.

Initially, Van Gogh wanted to be a preacher, which he actually was for a short while. His life took a different direction because he was fired from this job, not because of lack of faith, but because he was too zealous in his mission!

This stands in sharp contrast with his reputation. The letters help us understand the journey between his early life as a devout Christian and some of the more questionable lifestyle choices he made later on.

The young Van Gogh was deeply hurt by this initial rejection from the Church. Yet, he did not give in to victimhood. Rather than focusing on the lost opportunity, he chose to make the most of what life had given him, by becoming an art dealer, and then, a painter.

His story questions the notion of vocation … are we born with fixed talents that we should aim to embrace? Or do we develop talents as a result of life’s circumstances?

The letters reveal that Van Gogh was not born with a perfect brushstroke. He worked really hard to become a painter. He identified his weaknesses and developed a study plan, with a combination of reading time, study days, and support from role models.

Reading how Vincent coped with rejection (from his Church) and took control of his destiny (through painting) is a powerful lesson of resilience and self-empowerment.

Yet not all rejections had the same impact on his life. Some produced good fruits, like him becoming a world-class artist, and some scarred his soul for life. For instance, Vincent is known for his tumultuous relationships with prostitutes. Actually, he repeatedly tried to marry what society at that time called respectable women, but from rejection to rejection it appeared easier for him to live with women from the streets, like his mistress, Sien. De facto, his life took a different path.

His story made me think.

But is pragmatism a sign of failure, or can these relationships bring genuine happiness and, therefore, be successful?

Vincent came to love Sien. He knew she wasn’t the love of his life as he had envisioned it but he made the decision to build something together, and for a while, they were happy. Yet, history remembers him, and judges him, for his actions (those tumultuous relationships), regardless of his attempts to achieve noble ideals (his longing for a stable, loving marriage). Luckily, his letters reveal this more endearing side to his personality.

But what about you and me? Will we, personally, have the same chance in our life? Will people be able to judge us for our inner soul, and not only by what we actually manage to achieve? Not only on the number of likes our social media posts attract?

Van Gogh’s letters raise deep questions, and reveal how much he cared about his relationships – it was probably his second main topic of discussion, after painting. He was a passionate and self-giving friend.

Yet, as an idealist, the reality of human interactions – the need to compromise, to accept people with their weaknesses – often hurt him. He was also uncompromising about his beliefs and values, and the relationships often ended brutally, in quarrels over some point of disagreement.

Only one connection resisted time and hardships – his relationship with his brother Theo, to whom Vincent wrote the vast majority of his letters.  Theo was Vincent’s lifeline until the end, giving him unconditional love, encouragement and practical help. Vincent was not afraid of pouring out his pain, doubts and dreams into these letters, as if both brothers were a single soul. This relationship demonstrates the importance of family ties: bad temper and challenging attitudes broke most of Vincent’s friendships, but they couldn’t break the bond with his own blood.

Vincent has often been depicted as a freethinker who severed the links with his family to create a new life, free from conventions. Actually, that version isn’t entirely accurate. The relationship with his parents was tumultuous for sure, but Vincent cared deeply about what his family thought of him. The letters reveal the extent to which the artist tried to avoid the relationship breakdown. He kept visiting them, he tried to support them emotionally when hardships struck … in short he cared.

Yet, Vincent had high expectations about how families should be, and these expectations were never met in his own life.

He longed for unconditional love, which he received only from his brother. He felt that his parents were offering conditional love, and he refused to deny his own nature to receive such a  love.

Van Goght managed to share his hopes with his brother, and they found ways to love each other more deeply. But it wasn’t so easy with his parents, who had a different understanding of parental love, and different ways to communicate. The jarring relationship hurt both sides repeatedly throughout their lives.

Before reading the letters, I rather assumed that Van Gogh’s poor mental health was the consequence of his addictions and multiple diseases. In fact, his letters reveal how much rejection from his family – even more than rejection from his peers – wounded him. The lack of family support appears as one of the main sources of anxiety, both emotionally, and for financial reasons.

This raises a question which is relevant for every human being …  how can we flourish when we don’t have a space to experience unconditional love, a space where we are accepted for who we are, regardless of what we do?

This question is especially relevant in today’s society, where people are less likely to experience strong family support. Relationship breakdowns, and their consequences, took a high toll on Vincent’s mental health, which he aggravated through excessive drinking. His lifestyle was often glamourised after his death, as if his ‘madness’ was part of his identity and of his creative process.

Actually, the letters make it very clear that Vincent wanted to get better, and to heal. He was deeply anxious about the idea of being unable to paint because of his mental health struggles. He accepted being sent to hospital; he dutifully followed the treatments, hoping to be able to paint again soon. He also encouraged friends with mental health issues to receive medical attention, recognising the impact that depression would have on their creative abilities.

It took reading his letters to debunk the myth about the painter –  even artists need to have good mental health if they want to live out their dreams. Van Gogh managed to somehow recover and leave hospital, he started painting again and making plans for his future. Yet, the book ends abruptly, without any warning that Vincent’s life is about to end.

Historians still debate the reasons for his death: was he killed, or did he commit suicide? Nothing in the letters indicated that he was planning to end his own life. This is a lesson of humility … Life is a gift, which we don’t control. It’s also a reminder that we should strive to keep living with passion, do our best to love people around us, and to elevate our souls every day that life grants us. And perhaps, one day, the dreams we tried to share with the world will inspire other people, as those of Vincent Van Gogh still do.

Have a few pounds to spare this payday? Please click here to help us support the future of journalism by donating to our Crowdfunder. We can’t offer paid opportunities to young writers without your contributions!