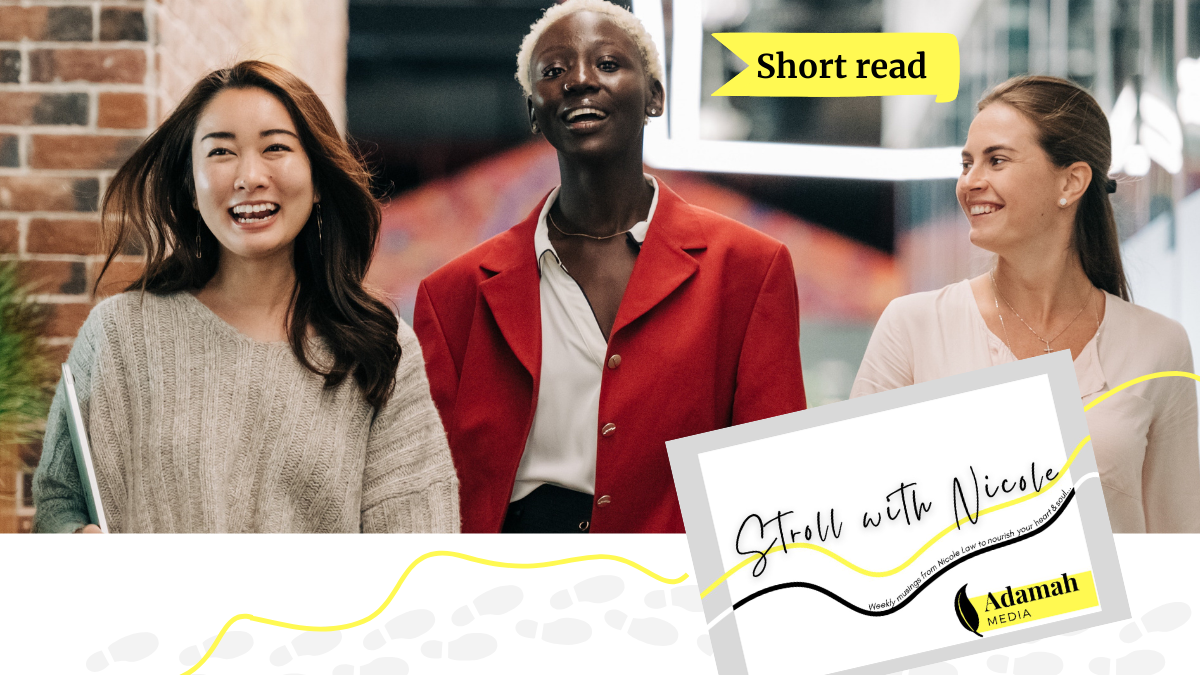 When I survey the mix of populations across the world, I notice an endless variety but an almost equally endless tension. Most countries have a majority racial or ethnic group, with a range of other groups occupying the often charged space known as ‘minorities’.

The problem, throughout the world, is how to negotiate these majority-minorities relationships. And it seems to me that the answer, rather than in downplaying the differences, might be to accentuate them more. Let me explain.

My own country, Singapore, was the destination of various settlers from the Asian diaspora and multi-racialism has been a cornerstone of everyday existence here from time immemorial. Immigrants from China, India, the Malay peninsula and beyond arrived in Singapore post-colonisation and, ever since, the idea of inter-racial and religious harmony has cemented itself as a key value in this land.

In the 1960s, Singapore was haunted by the spectre of riots motivated primarily by racial and religious intolerance. Such tensions still bubble dangerously today in various communities across the world – no country is totally spared the effects of intolerance.

If the fundamental problem is our intolerance of difference, where can we glimpse our shared humanity, that deeper commonality which binds humanity?

Though viewed from a different hemisphere and a radically different culture, I am an avid fan of UK Channel 4’s Derry Girls, a sitcom created and written by Northern Irish writer Lisa McGee. In one of the more memorable episodes, a Catholic priest invites a group of Catholic and Protestant youth to list things they have in common. Unsurprisingly, the youths come up with no similarities at all but shout out answers that detail their differences.

Though the scene was blackly comic, what struck me was that the answers they gave revealed the deeper bias and stereotypes which each group nurtured about the other. The empty side of the chalkboard titled ‘Similarities’ was both a jibe and also a point of reflection for me. Perhaps the lenses of difference have coloured our perspectives so much that we no longer perceive the huge inherent similarities that all people, regardless of race or religion, share.

Such ‘social-blindness’ might be inherited inter-generational bias, or the effect of a toxic media perpetuating intolerance. It could even be a fear of people different from ourselves. But it might also reveal a deeper human tendency: a self-destructive need to affirm difference in order to defend our own identity, as if we can only truly be ourselves against another.

To complicate the question of identity and difference even further, race and religion themselves overlap in important ways – rarely are they totally distinct. A Chinese person can practise Buddhism, Hinduism or Christianity (or many other possible religions) – there is no one definite way to be Chinese. An Irish schoolgirl may be Catholic or Protestant, but she may also be agnostic or Muslim. And of course she is also Irish and/or British – but that’s another issue!

Put simply, the point is that differences can become very complicated and we can easily become ‘dyslexic’ in reading the characteristics of other groups. No wonder I feel repulsion if there are too many elements in them for me to grasp.

For this reason, we often simplify. Hence, intolerance has increasingly become a narrow focus on one or two aspects of difference – a difference in religious beliefs and a difference in skin colour being the main motives for a  refusal to engage with the complexity of human identity. Plurality – the ability of people of different backgrounds to co-exist as peacefully as possible – comes under siege when we decide to focus on a few issues instead of taking in the broader picture.

And so, instead of the doubtful exhortation to be blind to our differences, I challenge us to be increasingly aware of them. Notice them even more to celebrate them. A superficial glance of such differences can lead to rejection. A detailed examination can lead to seeing the good in them and embracing them.

It is not the presence of difference itself which causes strife and cleaves communities. It is our response to that difference.

Differences will continue to exist, but we can choose to see them with a sense of enrichment rather than entrenchment and be more conscious about the micro decisions we make as a consequence.

It may be that we need to become more aware of the language we use when referring to specific racial or religious groups, checking our unconscious bias and that of others. We might also need to  make more of an effort to avoid singling out a group of persons on the basis of difference and instead apply to them (and to any distinctive group) the same set of principles we use for the rest of humanity.

I’m talking about everything from hiring practices, to who you decide to sublet your flat to, to the friends your children have at school. Our decision to resist intolerance and to be conscious of – and try to celebrate – difference, will allow us to concretise this idea of plurality.

But it’s more than this. We need to ask ourselves: what do I really know about the cultures and values of that group? What am I trying to learn from it? Have I really tried to engage with individual people within their community? Do I see the differences as a threat or rather as an opportunity to learn and grow through them?

There will be things I disagree with, beliefs I cannot share, but I can at least engage in respectful dialogue with them. Here too, there may be a lot to learn. This will oblige you to examine more closely your own beliefs as well as theirs, thereby enriching you even more.

Only when we are awakened to our differences will we be able to acknowledge, accept and embrace difference as a source of pride and learn how to live with them and be enriched by them.

It is not the difference in skin colour or styles of worship which divide us, but our own human response to them.

With a bit of effort we can still find a melody of harmony amid the notes of discord.

Starting out in journalism can be challenging, support us in offering a helping hand! Click here to learn more about how we are supporting the future of journalism.