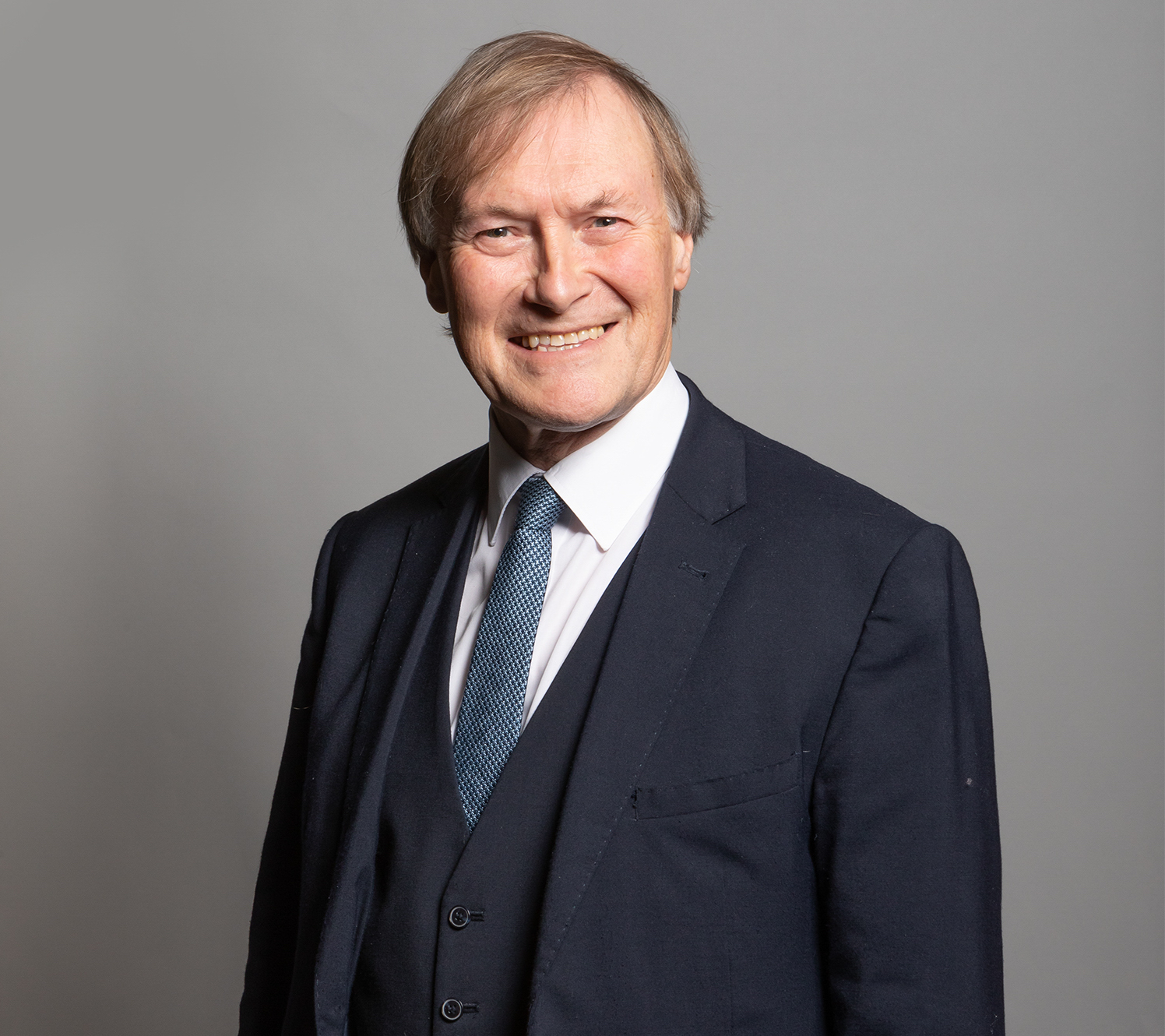 Lessons of love are to be found scattered around the memory of slain British parliamentarian David Amess, writes Ronnie Convery.

When a politician is murdered for the sake of his or her ideals, society shudders. It happened in America when Robert F. Kennedy was assassinated shortly before what would surely have been a successful election to the Presidency. It happened in Italy when Aldo Moro was murdered by the Red Brigades.

Society shuddered in the UK recently following the killing of David Amess MP.

But in this case public revulsion was felt not so much because the attack was seen as a political act, but rather as an act of violence against a man of goodness – who just happened to be a politician.

While the circumstances of his slaying will come out in due course in a trial before judge and jury, the jury of public opinion has already come to one conclusion. Namely that, whatever one might think of his political choices, here was a man committed to the noble vocation of public service.

In a time when politicians are routinely accused of sleaze, corruption, lying and greed (often with good cause), Amess was an outrider. A champion of his constituents, a spreader of good humour, a beacon of kindness and a stickler for honesty.

His death robs British public life of an antidote to much of the poison circulating in political discourse in our day.

At his Requiem Mass in London’s Westminster Cathedral (Amess was a devout Catholic) he managed to achieve what he had always set out to achieve, as MPs from radically different positions, who would think nothing of destroying each in other in ideological battles, sat together, whispered shared recollections, and generally were nice to each other for a day inspired by his memory.

The Catholic Duty Priest to the Houses of Parliament, Canon Pat Browne, gave the homily … and he managed to combine personal recollection with deep wisdom in his words:

“Just over 38 years ago David Amess, Julia and I stood on this sanctuary. They were getting married and I was officiating at the wedding. He was the newly-elected MP for Basildon, just three months into the job. In the years that followed I baptised all five of his children David James, Katherine, Sarah, Alexandra, and Florence. And more recently – five years ago – I buried his mother Maud at the great age of 104. Since my appointment to Parliament 12 years ago David’s office was one place I was always made welcome into for a cup of tea and a chat. So we go back a long way…”

He recalled hearing the news of the MP’s assassination: “Sadly, my last visit to his office was on that awful Friday afternoon. I had just finished a wedding in the Chapel of St Mary Undercroft in parliament, and heard the tragic news. I went over immediately to see his staff. They were devastated. There were many tears and it struck me forcefully, these people weren’t just his staff. They were his friends. They loved him. They were his team. His collaborators in the work for the constituents of Southend West”.

The priest praised the MP for his ‘gift of friendship’.

“Friendship was David’s great gift to others. Not just to those who worked alongside him and agreed with him but to everyone in the House including those who did not share his political or religious views.

“The morning after he was murdered a very senior Labour politician was interviewed on Radio 4 about David. She and he came into Parliament at the same time in 1983 when the country and politics was very polarized. She had made up her mind she would not have friendly relations with any opposition MPs. But when she met David, this was a promise to herself she was unable to keep.

“She told the listeners, that promise ‘was impossible to sustain with David Amess because he was so friendly and so prepared to work together with other MPs on common causes’”.

Canon Browne went on to recall the MP’s instinct to be a bridge-builder in public life – an almost forgotten skill in the culture war-scarred politics of the 2020s.  “To see the Prime Minister and the Leader of the Opposition stand shoulder to shoulder in silence and prayer, paying their respects in Southend after his death, and have them reach across the chamber in unity and fellowship was something parliament does not see very often.

“David’s death was the catalyst for everyone in Parliament realizing their oneness as a community working differently, but together, for the good of the nation in our world”.

“But his success in bringing this about, could also be measured when he was alive,” Canon Browne continued. “David could laugh at himself and in doing so, brought many people together. Many will know about the boiled sweet episode; when in St Peter’s Square in Rome and the Pope was passing by, how he struggled to find in his pocket his rosary beads. Seeking to pull them out for the Pope to bless, he presented instead a boiled sweet in its packet. Which Pope Benedict innocently blessed and moved on…”

David Amess was also a man of deep faith.  As the priest recalled, standing before his coffin:

“His Catholic faith informed his passionate commitment to the very right to life, to human dignity and to the common good”.

“But it was also rooted in his absolute conviction that an MP’s first priority was to their constituents – it was the death of a constituent from hypothermia which led to his successful Private Members Bill on fuel poverty … He was his own man and he swam against the tide when it was a matter of conscience.   And whether or not people agreed or disagreed with him on a particular issue no one could but admire his integrity – exercised at times at great cost to himself.”

And he ended his sermon with a word of gratitude to the slain politician’s family.

“Although there are many important people here today, this Funeral Mass is at its heart, a family funeral, where a wife and her children are giving back to God the one he so generously gave them …the man they loved. In the words of that first scripture reading, his going from them ‘looked like a disaster’, his leaving ‘like annihilation’ but David knew however he would go, and Julia and the family as people of faith know, he is ‘at peace’.”

Canon Browne finished by sharing with his listeners these words from Pope St John XXIII’s book Journal of a Soul:

Death is the future for everyone.

It is the Last Post of this life and the Reveille of the next.

Death is the end of our present life,

it is the parting from loved ones;

it is the setting out into the unknown…….

Death, like birth, is only a transformation, another birth.

When we die we shall change our state, that is all.

And with faith in God,

it is as easy and natural as going to sleep here and waking up there.

Have a few pounds to spare this payday? Please consider donating to our Crowdfunder. We are raising funds to offer paid opportunities for young writers. Click here to read more!