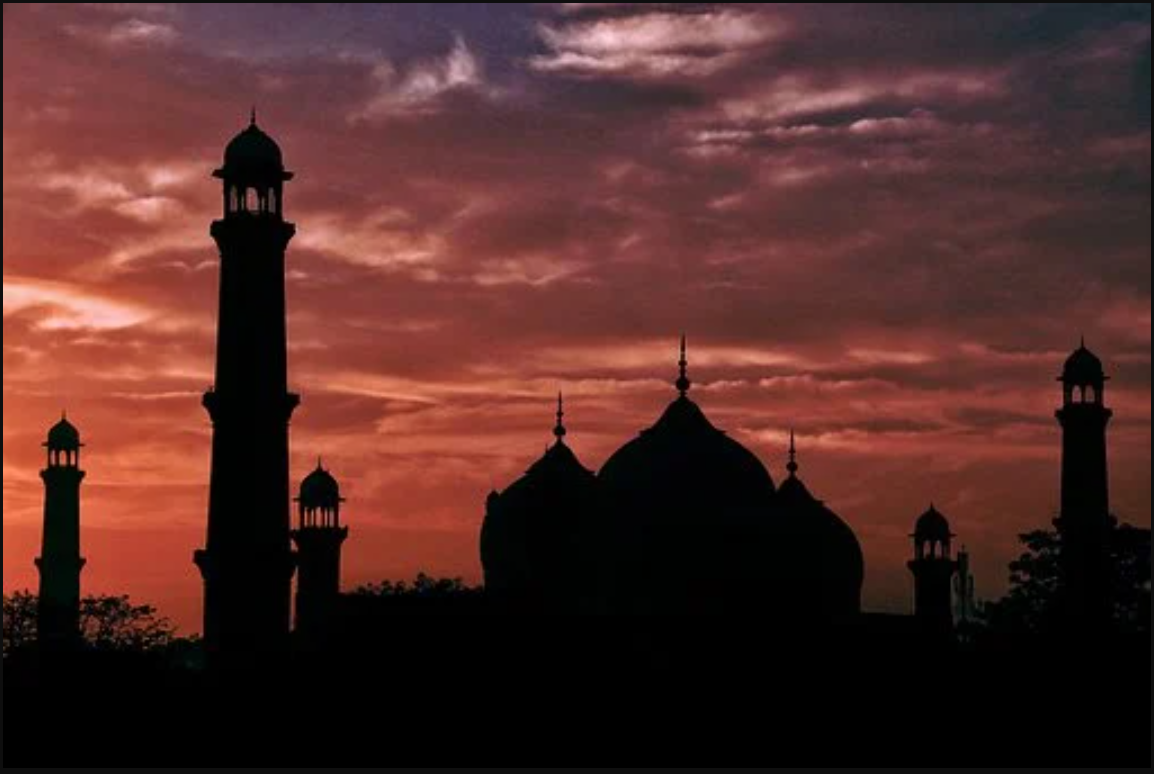 Only international pressure will save young girls from kidnap and forced marriage in Pakistan, says John Pontifex.

The man’s voice on the other end of the line was weighed down by disappointment. And yet, barely 48 hours earlier, he had been full of breezy confidence.

That day, last August, the High Court judge presiding in the case of Maira Shahbaz, the 14-year-old Pakistani Catholic girl kidnapped and forced to convert to Islam, ruled that she should be returned to her abductor, the same man who had claimed she had consented to marry him. The court’s decision dealt a devastating blow to Maira’s mother, brother and sisters.

Speaking to me from his chambers in Lahore, the family solicitor, Khalil Tahir Sandhu, said the unpredictable nature of justice in Pakistan had once again shown its capacity to shock.

This topsy-turvy situation has created huge challenges for us at Aid to the Church in Need (ACN), the Catholic charity for persecuted Christians.

The unreliability of the legal system in Pakistan is not the least of the reasons why this #RedWednesday on November 25 ACN will be renewing its call for people to support the petition to Prime Minister Boris Johnson to give asylum to Maira Shahbaz and her family on grounds that their lives are in mortal danger.

The case of Maira shines a light on the wider problem of the jagged interface in Pakistan between the state – law and government – on the one hand, and religion – Islam and Shari‘a in particular – on the other.

The issue points to contradictory visions of modern Pakistan, and forces the question:

Is Pakistan an Islamic state intolerant of others or a home for Muslims where people of other faiths are welcome?

The fissure between the two has its origins in the creation of Pakistan. When the country first came into being in August 1947, Mohammad Ali-Jinnah, the founding father of the nation, proclaimed: “You are free; you are free to go to your temples. You are free to go to your mosques or to any other places of worship in this state of Pakistan. You may belong to any religion, caste or creed – that has nothing to do with the business of the state.”

However, by degrees, such an avowedly secular outlook began to give way to societal pressure to enshrine the supremacy of Islam in all spheres of national life. During Mohammad Zia ul-Haq’s presidency (1977-88), the primary policy was “the Islamisation of institutions”. In a series of modifications to the Pakistan Penal Code, he made defamation of the name of the Muslim Prophet Mohammad a capital offence and desecration of the Qur’an punishable by life imprisonment. In so doing, he invoked Islamic law, creating a precedent whereby the dictates of Shari’a outrank state legislation.

This confusion between two visions of Pakistan goes some way to explain why in cases of abducted girls, justices have repeatedly flip-flopped between siding with the abductor and favouring the victim. This contradictory approach is a recurring problem in cases of under-age girls reportedly abducted by and married to much older men.

Earlier this month, the Sindh High Court declared invalid the marriage of 13-year-old Catholic girl Arzoo Raja to Azhar Ali, 44, a Muslim. In doing so the court in Karachi invoked the Sindh Child Marriage Restraint Act which makes it illegal in Pakistan’s Sindh province to marry children younger than 18.

But, in a sign of the topsy-turvy nature of justice in Pakistan, the ruling overturned a decision in the same court only a few weeks earlier that had ruled in Mr Ali’s favour.

Besides the all-important issue of the girl’s age, of critical importance here is the question of the girl’s religion. In the case of Maira Shahbaz, the argument put forward by her abductor was that she had “freely embraced” Islam. In ruling in his favour, Lahore High Court declared that her apparently voluntary submission to Islam trumps all other concerns.

Except that of course Maira’s conversion was anything but voluntary. It was a decision made against a backdrop of blackmail, violence and the threat of murder, not just of Maira herself but her family too.

Which in turn points to another factor at play: corruption. This factor helps explain why courts side with the abductor even in cases where there is incontrovertible evidence that the girl in question is under-age and in possession of an official government birth certificate.

Reports of court cases point, again and again, to instances of intimidation by militant groups, who are able to call on the support of a mob of thousands of Islamist zealots, prepared to defend the honour of Islam to the last and to do so at a moment’s notice.

I have been in touch with a lawyer acting on behalf of a Christian girl abducted, forcibly married and converted in southern Punjab who confessed that he has at times had to go into hiding for fear of the mob simply because he has represented a child in such circumstances.

In the case of Maira Shahbaz, the early court hearings took place in a climate of tension amid reports of mobs of extremists cramming the courtroom and gathering in large numbers outside, a move which, commentators said, pressured the justice to back the girl’s abductor.

So in the end, which vision of justice in Pakistan will prevail – Islamic Shari’a or state law, the Zia notion of the nation state or the one that inspired Jinnah at the country’s birth?

Much will depend on the direction in which current Prime Minister Imran Khan takes the country.

Described by some as a born-again Muslim who shrugged off his playboy image and his marriage to socialite and journalist Jemima Goldsmith, Imran Khan as Prime Minister made headlines earlier this year when he described September 11 mastermind Osama Bin Laden as “a martyr”.

On the question of underage girls abducted and forcibly converted and married, he seems to recognise that such acts cannot be justified. Faced with an apparent upsurge in kidnappings of this type, of both Hindu and Christians, he has said: “How can we… take it into our own hands to forcibly convert someone to Islam… either by marrying (non-Muslim) women… or on gunpoint or by (threatening to) kill someone because of their religion?  All these things are unIslamic.”

But to put his words into practice and try and stamp it out will take great effort. The Movement for Solidarity in Peace calculated that in one year alone there were 1,000 cases of Christian and Hindu girls and young women aged 12 to 25 who were kidnapped for forced marriages.

In its April 2019 annual report, the Human Rights Commission of Pakistan went further saying that over the previous year 1,000 such cases had taken place in just one province alone – Sindh.

For months on end, Maira Shahbaz and her family have been living in hiding from the man from whom she eventually escaped and who now condemns her as an apostate. Only this week, Maira told ACN: “We are constantly receiving death threats and are extremely scared and concerned about our security.”

Maira is desperate. Desperate to be formally free of her abductor but again and again the courts have adjourned the case to annul the marriage.

In the end, Maira and her family will never feel safe until the country finally makes a break with the past and commits to enforce state legislation banning under-age marriage and forced conversion.

But if Pakistan is to protect young girls and others who are most vulnerable in society, it cannot do so alone. Pakistan has been traditionally the biggest recipient of United Kingdom overseas aid. In June 2019, in the House of Lords, Baroness Sugg, the Parliamentary Under-Secretary of State for International Development, revealed that over the previous decade the UK had given £2 billion in aid to Pakistan. In the same debate, Lord Alton of Liverpool stated that on average Great Britain provides £383,000 to Pakistan every day.

Defending the handout, Baroness Sugg said that the aid is “targeted towards the poor and the most excluded, who are often from the minorities.”  Evidence of the widespread abduction of under-age girls from minority faith backgrounds, and the way such abuse is so often sanctioned by the courts, suggests that if there is any targeting going on it involves young girls falling victim to acts of lust and institutionalised neglect.

The only way to bring changes to the institutions of law and government in Pakistan is for countries to demand change as part of a re-think in overseas aid.

In the meantime, raising awareness of the plight of under-age girls and others who are most vulnerable in Pakistan, not least those who suffer because of their faith, is essential. Preyed on for sex, forced to renounce their faith and give up their freedom, who is there to speak up for them?

If the pressure is kept up, and changes are made, perhaps one day I won’t get a call from a crestfallen lawyer dismayed by a judge who decides to send an under-age girl back to her abuser. Perhaps, indeed, a day will come when justices are no longer intimidated by mob groups.

Perhaps one day society will change to the point where the systematic abuse of young girls is no longer so prevalent and Pakistan will be able to hold its head high on the international stage. Until that time comes, it will be necessary to shine a light on persecution not just on #RedWednesday but every day such wicked acts happen.

John Pontifex is Head of Press & Information, Aid to the Church in Need (UK). To find out more about #RedWednesday on 25th November and to sign the ACN petition calling for Maira Shahbaz to be granted asylum in the UK, visit www.acnuk.org/petition

John Pontifex is Head of Press and Information at Aid to the Church in Need (UK).