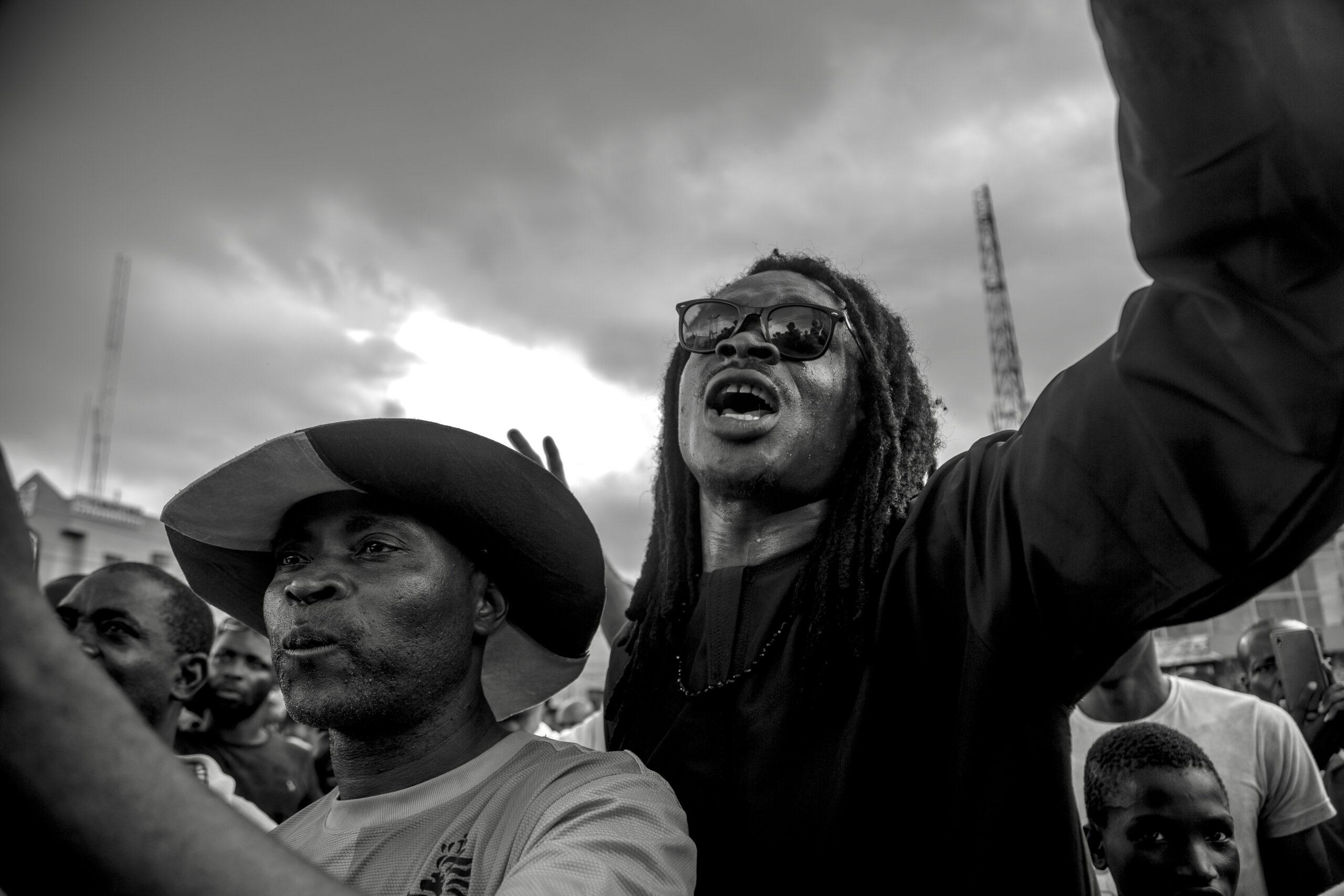 Patience is a virtue. But when it comes to waiting for the fruits of democracy, it’s a virtue which has its limits, says Joshua Nwachukwu who recently protested in Nigeria.

Having written recently about the coup in Mali and the need for African leaders to respond to their people’s yearning for democracy, little did I expect that a few weeks down the line I would find myself demonstrating in my own country in a protest against my government’s excesses.

Early last month, in most cities of Nigeria, thousands of young people (myself included) took to the streets to protest against the Special Anti-Robbery Squad (SARS), which over the years has been known for its controversial activities.

SARS, a unit of the Police set up in 1984 to curtail robbery, has, over the years, expanded its remit to clamp down on cyber fraudsters.

Under the guise of doing this, they have been accused of arbitrary arrests, extortion, torture, framing innocent people and engaging in extra-judicial killings.

Their main victims, it is claimed, are young Nigerians, who are wrongly profiled based on how they dress, the car, phone or laptop they use, or their hairstyle. The impunity of SARS relies on the notion that “they will kill/waste you and nothing will happen”.

The activities of SARS have become so controversial that the Commissioner of Police who created the unit in 1984 admits that it has betrayed the purpose for which it was created and he regrets having started it.

Using the tags #EndSARS and #Soro Soke (a Yoruba phrase which literally means ‘speak up’), Nigerians sought to bring attention to cases of police brutality and unaccountability. Through Soro Soke many shared their terrible experiences at the hands of SARS: many have not been able to contact or trace loved ones and friends who were arrested by SARS, or have lost a part of their body, jobs, money, pregnancies  and even marriages due to SARS activities.

At first, many, including the government, thought the protest would simply fizzle out, but not only did the protest not fizzle out, it grew and engulfed and disrupted activities in major cities like Lagos, Abuja and Port Harcourt.  Nigerians in the diaspora were not silent either. They and other people of goodwill organised and participated in #EndSARS protests from a distance.

Although it started as a movement against police brutality and a call to end or reform SARS, many Nigerians saw this movement as a metaphor that encapsulates the dissatisfaction they feel that the country is not working for them.

Apart from police brutality, people were protesting against the laissez faire attitude of the government and expressing the frustrations which have come from the lockdown. While many countries, either through stimulus cheques or subsidies such as free power and water supply, are trying to alleviate people’s sufferings occasioned by the coronavirus, Nigeria’s leaders have done nothing substantial.

The protests, which lasted almost two weeks, were led mostly by young people who believe that they are not considered a priority for the government and that many of the older generation think they are impatient and unprepared for power and should wait for ‘tomorrow’ when they can become leaders.

To the chagrin of the government and its supporters, young people created a kind of ‘government’ that seemed to work. The protests were peaceful and largely well organised. Over $200,000 was raised through crowd funding/donations, all from private donors. Donations from some government leaders were rejected. Private security was provided to ensure order. When the Government refused to provide security, legal teams and health teams were created to provide for the people’s needs. Meals and basic amnesties were also provided.

This showed Nigerians that the Nigeria of their dreams was possible.

Every day, after the protests, people tidied up the demonstration venues and properly disposed of the waste; items like phones, car keys and other valuables which were lost were returned to their rightful owners. People also raised money to help those in need, including one collection which was taken up for a lady to get a prosthetic leg!

Apart from civility, the protests saw many instances of unity and tolerance. On Fridays, arrangements were made for the Muslims to pray, while on Sundays arrangements were made for the main Christian denominations also to have religious activities. Indeed, despite people’s political, religious and ethnic differences, the young protesters united with one voice to seek police reforms in which accountability and intelligence-driven investigation will be the norm.

As I followed events the saying “there are few things more powerful than people united” came alive for me.

Of course, some people attempted to infiltrate the demonstrations by trying to peddle drugs, some went over the top with too much music and exuberance, but any problems were quickly dealt with and the movement was redirected to its original purpose.

The climax of the protests came on Friday October 17 when thousands gathered for the Festival of Light service in various cities to remember the victims of SARS. It was both memorable and heart-breaking. Listening to survivors narrate their ordeals made me more aware than ever of man’s inhumanity to man. That night not only captured the #EndSARS spirit and restored the sober mood but it reinvigorated people in their quest to fight on, as the cause was noble and worthwhile.

The government was understandably uneasy with the prolonged protests and rather than see the good intentions of the protesters, they saw the demonstrations as attacks on the state.

At first they hurriedly gave in, on paper at least, to some of the demands of the protesters and asked for the campaign to be called off. But when the protests were not called off, violence, which had been absent at the start, began. Peaceful protestors were attacked, prison break-outs occurred and the country was generally plunged into mayhem.

Luckily, many in the international community noted that the protestors were not the main perpetrators of the violence, while others have accused the government of sponsoring such acts, seeking justification to quell the protests.

The climax of the government response came on October 20 when armed soldiers were sent in to disperse peaceful protestors. The number of people who died in the attack is still being disputed.

Although the protests have now ended, the government has continued its campaign of disinformation and has been arresting and freezing the assets of known protestors.

Following the attacks, and the subsequent deaths and harassments of protesters, many are asking if the two weeks of protesting was worth it and what the gains are?

In my opinion there were tangible gains. Once again the government was forced to acknowledge the existence of brutality in its own institutions, it had to release arrested protestors, and the President addressed the nation, a truly rare occurrence. Celebrities also used their popularity to promote the common good. Furthermore, not only did Nigerians ‘Soro Soke’, people in other African countries like Uganda also spoke out.

The protest essentially succeeded in awakening people’s political consciousness and the sense that power in people is stronger than people in power, and, when united, they can make a difference.

Without in any way wanting to undermine the respect for the elderly which is such a beautiful aspect of African culture, many young people feel that through these protests they have reclaimed their voice, and it seems that their cry is being heard nationally and internationally.

Quite often, people living through moments that change history fail to recognise them at the time.