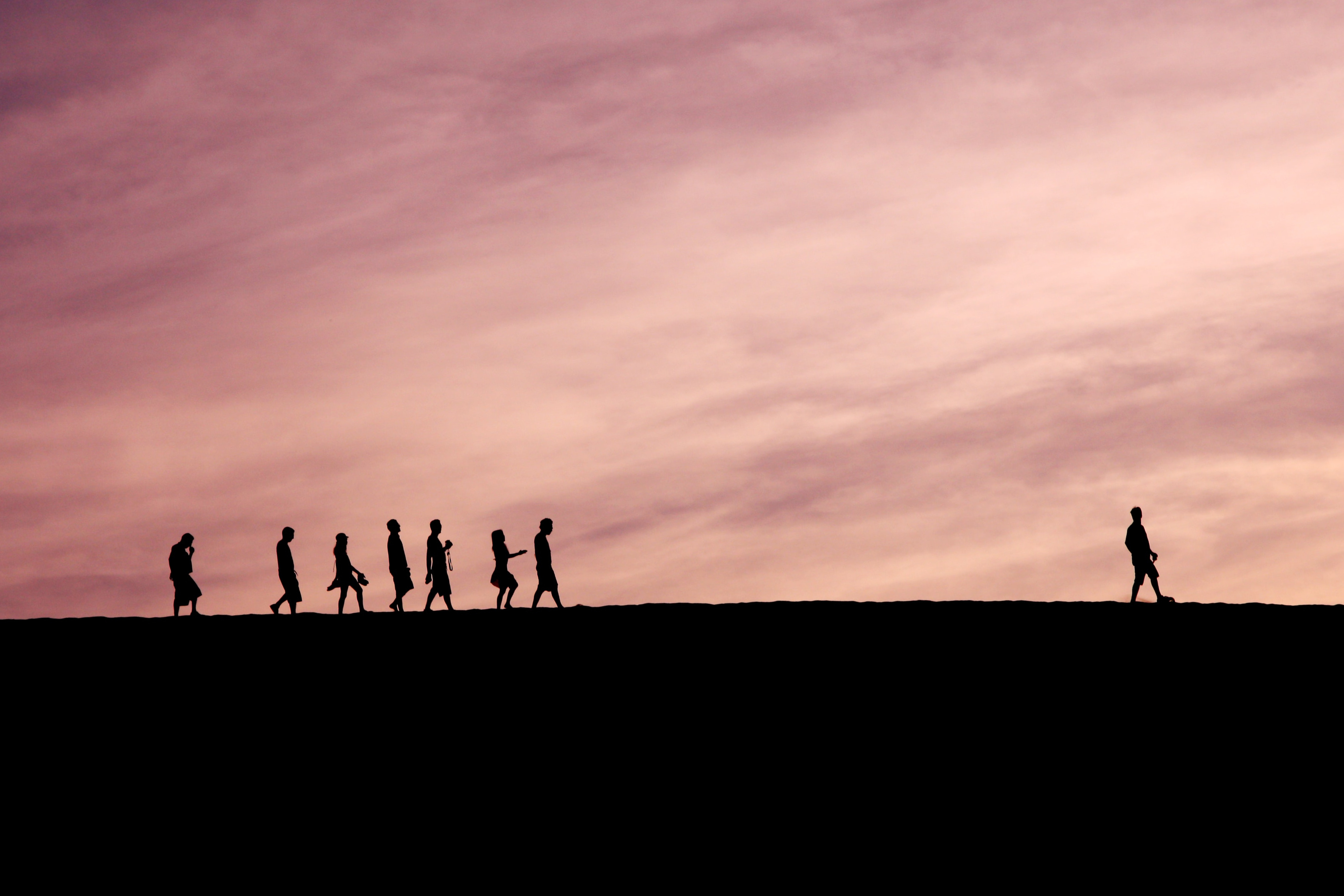 When a voice of reason dies, it’s time to listen again to its wisdom. We could all benefit from the gentle and wise insights of Rabbi Jonathan Sacks, says Benedict Rogers.

“Leadership isn’t about the leader. Leadership is about the people you lead and the cause you lead for. That’s a wonderful antidote to narcissism. In the end, the great leaders are the people who attach themselves to something bigger than themselves and that is what really makes heroes out of people.”

In a world so full of narcissistic leaders, we would do well to heed these words from the recently deceased Lord Jonathan Sacks, who embodied them in his own leadership role as Commonwealth Chief Rabbi and who, through his wisdom, courage and integrity, was seen as a leader by many even outside of his creed.

Without doubt, aside from Pope St John Paul II, Pope Benedict XVI, the Dalai Lama and former Archbishop of Canterbury Rowan Williams, among religious leaders of my lifetime there are few others who count as intellectual and moral giants, but one of them would certainly be Rabbi Lord Sacks.

And in my own journey of faith and activism, while Myanmar’s Cardinal Charles Bo inspires me spiritually, my sponsor into the Catholic Church Lord Alton of Liverpool mentors me politically, and people like South Africa’s Archbishop Desmond Tutu encourages me in activism, there are few who could compete with Lord Sacks as sources of all-round inspiration – intellectual, philosophical, spiritual, moral and political.

Every time I heard his voice on radio, saw his writings online, or heard he had a new book out, I was eager to listen, read and learn. Two years ago I spent hours listening to his radio documentary series on ‘Morality in the 21st Century’, absolutely hooked. I subscribed to his website’s mailing list, receiving his thoughts on a weekly basis.

I don’t claim to have read every single one of Jonathan Sacks’ books, but I have read most. Among my favourites are The Dignity of Difference, The Home We Build Together, To Heal a Fractured World, The Persistence of Faith, Not in God’s Name and Morality. The titles speak for themselves. They sit on my bookshelves not just as epitaphs to a great mind but as living reminders of what humanity is all about. And in contrast to so many other books which await me, they sit not at all unread but well thumbed, highlighted and much quoted in all my work.

Indeed I enjoyed his latest book, Morality, so much that late one night I ordered copies on Amazon as gifts to my mother and sister and forgot I had done so.

My sister texted me when she received hers, asking if I was accusing her of immorality. I think Lord Sacks would have enjoyed the joke, for humour was as much a part of him as wisdom.

And so I was heartbroken to hear of Lord Sacks’ premature death, which has robbed the world of one of its finest minds,  greatest moral philosophers, and most courageous ethical voices.

For over the past two decades or more of my human rights advocacy, especially campaigning for the basic right to freedom of religion or belief for all, there are few sources outside United Nations covenants or Christian thinkers that I have drawn on more than Lord Sacks.

In steamy workshops in Mandalay or Yangon in Myanmar, in even steamier bamboo jungle huts in Myanmar’s conflict zones, in inter-faith seminars in Indonesia, the world’s largest Muslim-majority nation, and in op-eds about human rights in China, I have quoted Jonathan Sacks ad nauseam. I even once asked his staff, a few years ago, if he would visit Myanmar to give a lecture, being so inspired by his writings.

Why? Because at the heart of my own work promoting human rights across Asia has been the fundamental belief that every single one of us – all human beings – are created in the image of God, the “Imago Dei”. From that flows the conviction that we are created with a free conscience, and that we are created to love, not to hate. Nelson Mandela once said: “No one is born hating another person because of the colour of his skin, or his background, or his religion. People must learn to hate, and if they can learn to hate, they can be taught to love, for love comes more naturally to the human heart than its opposite.”

Rabbi Sacks’ thinking chimed with and affirmed that. In To Heal A Fractured World he wrote: “Against the fundamentalisms of hate, we must create a counter-fundamentalism of love … ‘A little light’, said the Jewish mystics, ‘drives away much darkness’. And when light is joined to light, mine to yours and yours to others, the dance of flames, each so small, yet together so intricately beautiful, begins to show that hope is not an illusion. Evil, injustice, oppression, cruelty do not have the final word.”

In my life, I have been privileged to see much of the world in all its beautiful colours. I have lived and travelled in China and Hong Kong, visited Myanmar, Indonesia, Malaysia, Pakistan, India, Sri Lanka, the Maldives and Timor-Leste, as well as travelled across the United States, some parts of Canada, Australia and Africa. I have always worked very comfortably cross-party and inter-religiously in my human rights advocacy.

I therefore celebrate the words of Lord Sacks when he writes: “In our interconnected world, we must learn to feel enlarged, not threatened, by difference.”

In his pivotal text The Dignity of Difference, Lord Sacks wrote: “If we are to live in close proximity to difference, as in the global age we do, we will need more than a code of rights, more even than mere tolerance. We will need to understand that just as the natural environment depends on biodiversity, so the human environment depends on cultural diversity, because no one civilisation encompasses all the spiritual, ethical and artistic expressions of mankind.”

One of my other profound influencers – the evangelical thinker Os Guinness whose works I recommend – says something similar. In his book The Global Public Square: Religious Freedom and The Making of a World Safe for Diversity, Guinness writes: “True human flourishing requires a form of harmony that blends diversity with genuine liberty. Diversity without liberty is routine policy for authoritarian regimes, but humans are not slaves to governments and ideologies … The challenge of our time is to blend diversity with liberty and still create harmony.”

Lord Sacks wrote much about the interaction between religion and politics. One of his clearest comments was this: “Religion is about the exercise of conscience. Politics is about the exercise of power. When a nation seeks to accommodate more than one system of religion, it must separate faith from power … The wise remember what they should never have forgotten, that the voice of the prophet speaks truth to power. It does not use power to impose truth.”

Those are words that those tempted to flirt with religious or secular extremes would do well to recall.

As I survey the state of the world, and I think of my friends who have been murdered – friends like Pakistan’s minister for minorities affairs, Shahbaz Bhatti, with whom I travelled several times and spoke often and who was assassinated in 2011 – I remember Rabbi Sacks’ words: “The greatest single antidote to violence is conversation, speaking our fears, listening to the fears of others, and in that sharing of vulnerabilities discovering a genesis of hope.”

In a polarised world – politically, ideologically, religiously – Lord Sacks provided a way forward. In these words he posed a challenge to the world: “The great faiths provide meaning and purpose for their adherents. The question is: can they make space for those who are not its adherents, who sing a different song, hear a different music, tell a different story? On that question, the fate of the 21st century may turn.”

Earlier this year, Rabbi Sacks spoke out against the atrocities suffered by the Uyghur people in western China, when he said: “As a Jew, knowing our history, the sight of people being shaven headed, lined up, boarded onto trains, and sent to concentration camps is particularly harrowing. That people in the 21st century are being murdered, terrorised, victimised, intimidated and robbed of their liberties because of the way they worship God is a moral outrage, a political scandal and a desecration of faith itself.”

Speaking about one of the contemporary world’s worst on-going atrocities was both typical and prophetic of Lord Sacks. The greatest tribute we could give him, in death, is to listen to his words – and act upon them, so that they may not have been in vain.

When I wake up each morning and switch on BBC Radio 4’s Thought for the Day, I will miss Jonathan Sacks’ voice. I’ll still have his books to turn to and his podcasts to listen to, but I feel the world has lost one of its greatest moral thinkers before his time.

If you haven’t read his books or listened to his podcasts do so. You’ll be enriched and the world will be a better place.

Rest in peace, Lord Sacks, and thank you for what you have given us.

Benedict Rogers is a human rights activist and writer. He is the co-founder and Chief Executive of Hong Kong Watch, Senior Analyst for East Asia at the international human rights organisation CSW, co-founder and Deputy Chair of the UK Conservative Party Human Rights Commission and a member of the advisory group of the Inter-Parliamentary Alliance on China (IPAC).