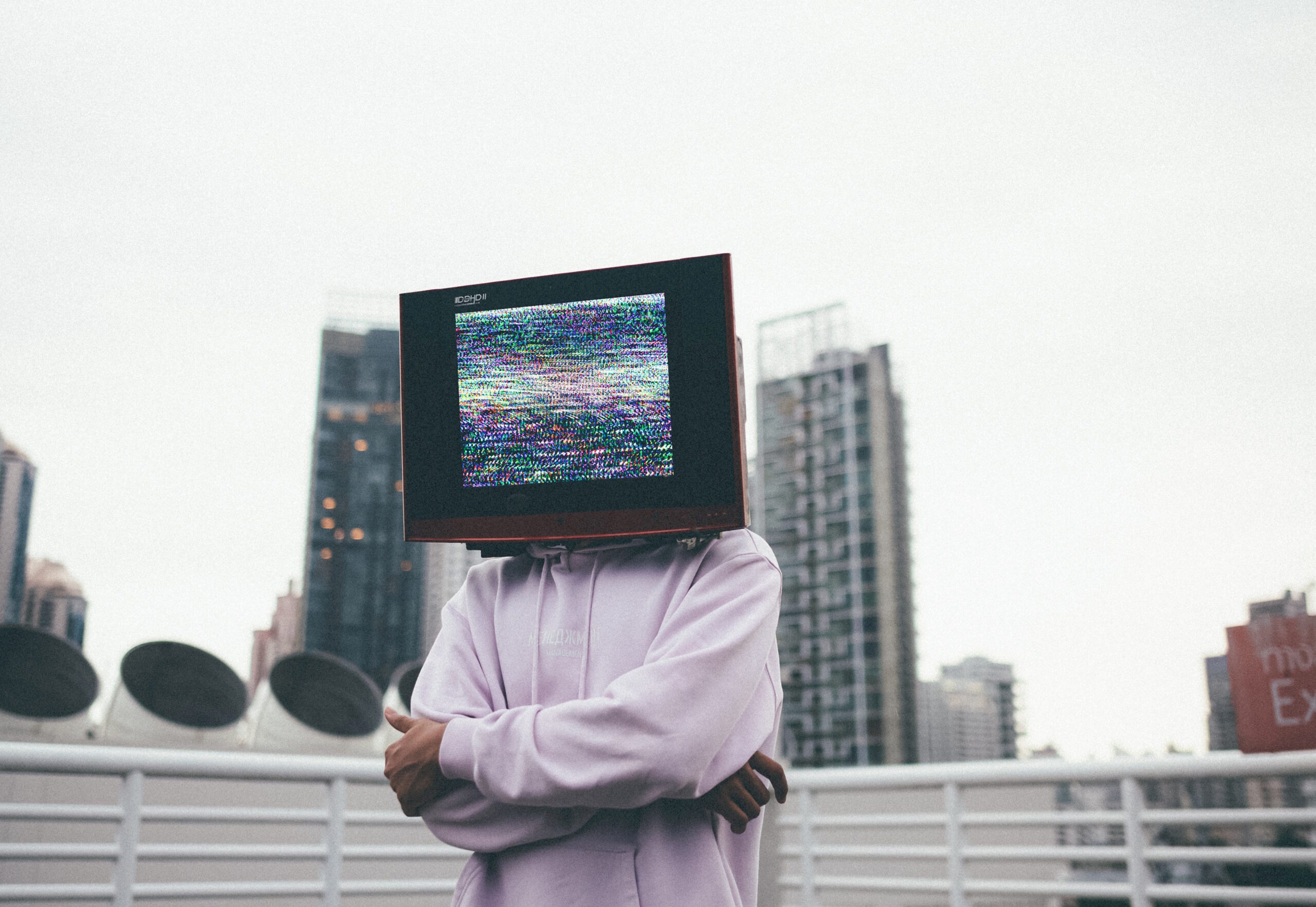 A pernicious notion seems to have settled into the minds of my generation (I’m 36) when we were little boys and girls. It’s now an unquestioned ‘fact’ that ‘staying informed’, ‘staying engaged’, and ‘following the news’ are the obligatory duties of sensible, responsible people.

When I was a child, my parents, quite rightly, restricted my television viewing. I could not, for instance, watch television after 5pm or for more than an hour on weekdays. (Saturday morning cartoons ran for a permissible two hours, before my parents got up from bed.)

The glaring exception to these rules was ‘the news’. Watching the evening news was for my family a ritual in information gathering, the necessary means of understanding current events. Whatever else people said of it, the news was, by all accounts, educational.

Was it, though? U.S. Supreme Court Justice Oliver Wendell Holmes Jr famously refused to read newspapers. In The Theory of Education in the United States, Albert Jay Nock bemoaned ‘the colossal, the unconscionable, volume of garbage annually shot upon the public from the presses of the country, largely in the form of newspapers and periodicals’. His point was that a societal emphasis on literacy was by and large ineffectual if the material that most people read was stupid and unserious.

Does one actually learn by reading the cant and carping insolence of the noisy commentariat?

“Surely everything depends on what he reads,” Nock said of the average person, “and upon the purpose that guides him in reading it.” What matters is not that one reads but what and how one reads. “You can read merely to pass the time,” the great Harold Bloom remarked, “or you can read with an overt urgency, but eventually you will read against the clock.”

The heart beats only so many beats; in one life, a person can read only so much. Why squander away precious minutes reading mediocre scribbling or watching rude, crude talking heads debate transitory political matters of ultimately insignificant import, when instead, in perfect solitude, you could expand your imagination, nurture your judgment and discernment, refine your logic and reasoning, and purge yourself of ignorance, by pursuing wisdom and objective knowledge, through the canon of great literature, with a magnanimous spirit of openness and humility?

Why let obsequious, unlettered journalists on CNN, Fox News, or MSNBC shape your conscience, determine your beliefs, or develop your dependency on allegedly expert opinion, as if you were a docile creature lacking the courage to formulate your own ideas, when you could, instead, empower yourself through laborious study, exert your own understanding, and free yourself from the cramped cage of contemporary culture by analyzing past cultures, foreign places, difficult texts, and profound ideas?

When I was in college, not so long ago, you could still find semicolons in The New York Times.

I’m told they surface there every now and then, but journalistic writing, as a whole, across the industry, is not what it once was. I’m being hyperbolic, of course, and am not so pedantic as to link semicolon usage with across-the-board journalistic standards. Besides, the Kurt Vonneguts of the world would have been pleased to be rid of semicolons.

All I’m saying is that popular media should be more challenging if it’s to have far-reaching, salubrious effects. Newspaper writing, print or online, seems to have dumbed down to the point of harming rather than helping society writ large, and the opinions aired on television and radio seem to have attached themselves to one political party or another rather than liberating themselves from groupthink and stodgy consensus.

Reading as an activity should lift us up, not drag us down. It should inspire and require us to improve our cognitive habits and performance. The same goes for listening: how we listen and what we listen to affects our basic competency and awareness.

Not only have the grammar, vocabulary, and syntax displayed in the news diminished in sophistication, both in print and on television and radio, but also more generally the principal subject matter has moved from the complex and the challenging to the easy and simplistic.

There’s a reason why so many people pay attention to politics: it just isn’t that difficult to think about or discuss. It doesn’t demand rational labor or arduous engagement. It can be passively absorbed. Ratings of television news would not be so high if its content weren’t so simplistic and easy to process. People watch the news to take a break or relax, or to get a rise out of eye-catching scandals and circumstances. The distinction between journalism and tabloid journalism has blurred beyond recognition. In short, journalism is a dying art.

Digital and smart devices have accelerated editorial processes. The never-ending race to publish ‘breaking’ news results in slipshod work. Online reporting is full of typos and errors. A few clever reporters employ terms like Orwellian, Kafkaesque, Machiavellian, or Dickensian to give the impression of literacy, but the truly literate aren’t fooled.

Have journalistic practices and standards declined as literacy rates have risen? Does an increase in readership necessitate a reduction in quality? Do editors and publishers compete for the lowest common denominator, forgoing excellence and difficulty in order to achieve broad appeal?

We should demand stories and accounts that enrich reading habits and exercise mental faculties and that aren’t merely salacious or sensationalized clickbait. Yes, they’re difficult these days to find, unless you already know where to look.

In the 1980s, E D Hirsch Jr could write with confidence that newspapers assumed a common reader, namely, ‘a person who knows the things known by other literate persons in the culture’. Neither journalists nor their readers today, however, seem literate in the traditional sense of that term. The culture of literacy – true literacy, again in the traditional sense of that term – has come under attack by the very scholars and professors who should be its eager champions.

Our popular pundits, mostly hired guns, supply unqualified, cookie-cutter answers to often manufactured problems; their job is not to inform but to entertain a daft and credulous public. “The liberally educated person,” by contrast, is, according to Allan Bloom, “one who is able to resist the easy and preferred answers, not because he is obstinate but because he knows others worthy of consideration.”

If we wish to consume the news, we should treat it as junk food. The human body cannot healthily sustain itself on candy bars alone. It requires a balanced diet, nutrition, and exercise.

So it is with the mind. Fed only junk, it’s malnourished.

Every now and then we may indulge the vice of chocolate or soda without impairing our overall, long-term health. Likewise we may watch without permanent or severe detriment the screeching cacophonies of semi literate blatherskites like Sean Hannity, Wolf Blitzer, Chris Wallace, Anderson Cooper, Tucker Carlson, Jake Tapper, or, heaven help us, the worst of the worst, Chris Cuomo.

Just know that during the hour spent watching these prattling performers present tendentious interpretations of fresh facts, militantly employing tedious details to service ideological narratives, you could have read an informative book that placed the applicable subject matter into illuminating historical and philosophical context.

The facts may be simple and quick, but interpreting them requires knowledge of the past, including the complexities and contingencies of the relevant religious movements, geographies, anthropologies, governments, literatures, and cultures. Devouring ephemeral media segments and sound bites in rapid succession is not learning. It is a gluttonous distraction.

Do not misunderstand me: I do not advocate a Luddite lifestyle or a withdrawal from society and the workaday world. I just mean that too many of us, too much of the time, are enthralled by fleeting media trifles and trivialities, and ensnared in the trap of mindless entertainment disguised as vigorous edification.

Let’s stop telling little children what my generation heard when we were kids. They should stay away from the news lest they fall prey to its mania, foolishness, and stupidity. They should read books – difficult books – and be challenged to improve themselves and refine their techniques.

Rather than settling on easy, preferred answers, they should accept tensions and contingencies, suspending judgement until all angles have been pursued and all perspectives have been considered. Let’s teach them to become, not activists or engaged citizens necessarily, but intelligent human beings who love knowledge and learning, and who pursue wisdom and discernment before mundane politics.

This article was originally published by the Witherspoon Institute in July 2020, and can be found here.

Allen Mendenhall is an associate dean at Faulkner University Thomas Goode Jones School of Law and executive director of the Blackstone & Burke Center for Law & Liberty. Visit his website at AllenMendenhall.com.