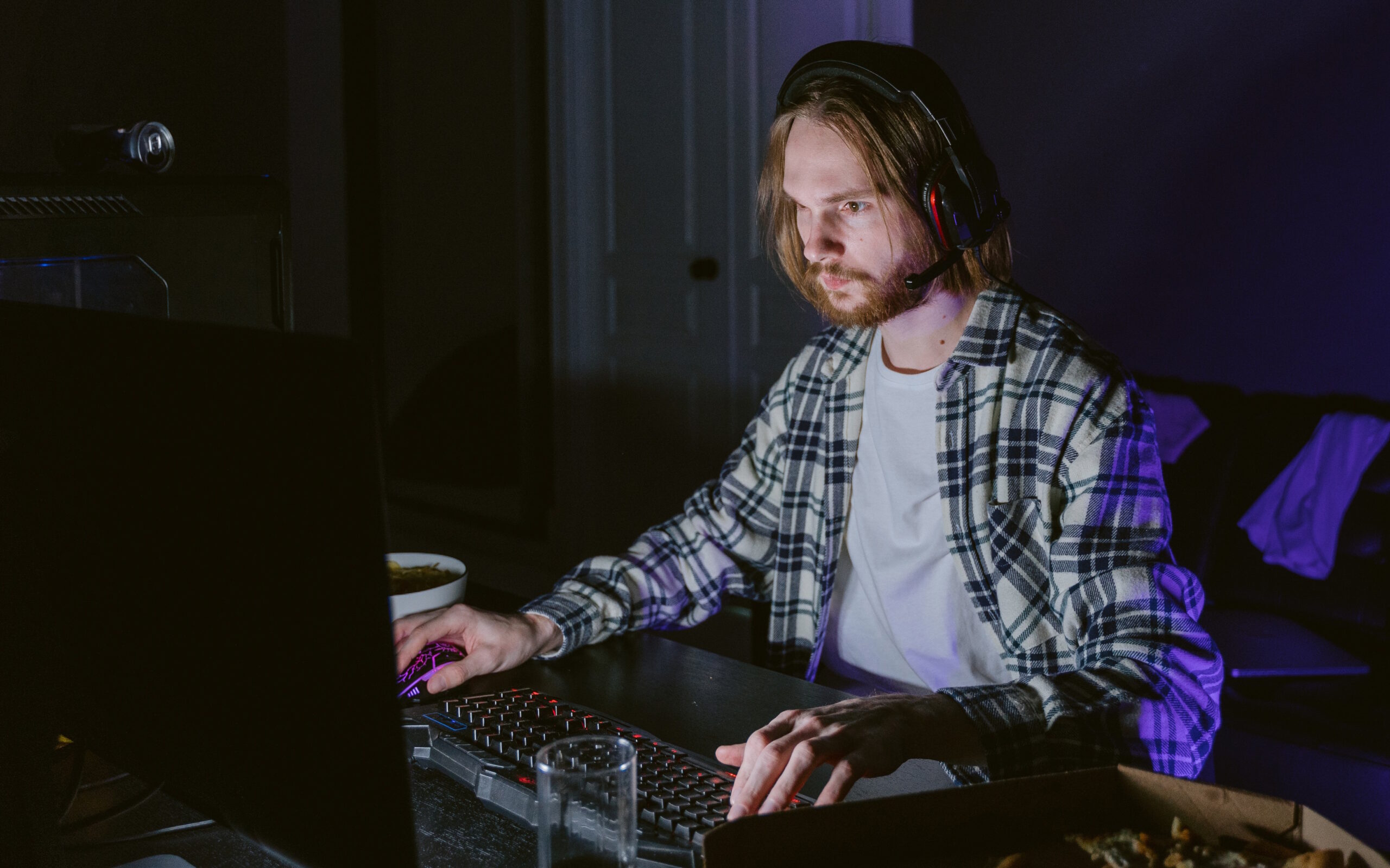 Our sexualised culture is leading ever more young men into hatred and violence, argues Edmund Adamus.

Amidst the endless Covid-related headlines this summer, no story stands out more starkly than the particularly gruesome killings of five people including a three-year old child by Jake Davison in Plymouth on England’s south coast on 12 August.

According to the BBC, Davison, aged 22, who then turned the gun on himself, was socially isolated, struggled to meet women and made frequent references to ‘incels’ – the misogynistic online groups of ‘involuntary celibate’ men, who blame women for their sexual failings and who have been linked to a number of violent acts around the world.

I have to confess that whilst I had never even heard of this phenomenon, I was nevertheless not surprised by its existence. Given the longstanding and ongoing crisis of masculinity in Western society and culture, the emergence of yet one more – albeit menacing and nasty – manifestation of that crisis really does not shock me.

Many men, especially young men, are in an absolute mess.

And we’ve all read or at least been aware for some time of the fact that the highest rate of suicide in the UK is found in men under 45 age.

Like every mind-numbing atrocity that happens out of the blue there followed a plethora of social commentary, some of it good, much of it incoherent and even useless. One thoughtful, and, I think, useful piece was by the journalist and broadcaster Libby Purvis in The Times on 16 August. What was particularly helpful about her analysis of this tragic case was the fact that she was willing to put the spotlight on some of the underlying causes of the incel phenomenon and the extent to which poor formation, indeed malformation, may have led to the emotional, psychological and moral demise of the murderer.

In her piece entitled ‘Sexualised culture breeds angry young men’, Purvis argues persuasively that it’s not enough (I would call it lazy thinking) simply to denounce the description of women by men in incels as ‘femoids’ or ‘rape fuel’. Disgusting as such descriptors are, the fact is Davison and many other men like him don’t just wallow in self-pity, they have reached such a pitiable state of self-loathing that where there was once enthusiasm and drive (as was the case with Davison), there ends up being only numbness, or as the writer terms it anhedonia.

Anhedonia, says Purvis, is the inability to feel pleasure. Whether this means any pleasure at all, Purvis does not say but it’s safe to assume that the type of sad, lonely and perverted individuals who occupy the incel world are so joyless that they’ve all but lost any sense of authentic humanity.

In short, they have forgotten what personal dignity is and, having forgotten that, they have no doubt lost all trace of having their own unique personality that stems from such dignity and self-worth.

In a world that has been awash for decades now with endless ideas about how to teach, learn, achieve and sustain self-esteem and self-worth, we seem to have lost sight of the one thing needed to underpin it all, faith in oneself.

What do I mean by that? Simply this: a belief – and it really is a belief, a firm conviction born from knowledge and daily experiences – that there is such a thing as personhood. Personhood is more than just the legal status of one’s humanity, it’s about gradually acquiring over time, from infancy to adulthood, a unique identity.  It’s about discovering where I fit in the world; what my talents, gifts and capabilities might be and could become; what my purpose in life is and will be.

We all need to explore these questions (ideally on a daily or regular basis, which is perhaps why people who pray or meditate tend to have a stronger sense of moral agency), otherwise we are in danger of the kind of numbness that Purvis speaks of. Maybe not the extreme version of anhedonia but certainly that perennial risk of what the philosopher Henry David Thoreau famously called ‘lives of quiet desperation’.

None of us is immune from feelings of despair. All sorts of traumas not of our making can cause us to feel there’s no hope in a given situation but with the right kind of support, love and care from those around us, such feelings can and do pass. And then we hopefully learn from them and move on, being more alert to the warning signs that might trigger them again and therefore know how to avoid the temporary morbidity.

It can be easy for us to look at an extreme case like Jake Davison and think how on earth that could happen to someone, shrug one’s shoulders and move on with our lives whilst retaining a vestige of sympathy for the victims of his crimes and their loved ones.

But the truth is, it is only by virtue of our personhood – the capacity for rationality, consciousness, reciprocity and authentic communication, enhanced by faith and spirituality among other things – that we can whisper in quiet truthfulness and humility, rather than desperation, ‘there but for the grace of God, go I’.

The Jake Davisons of this world embody and personify perhaps some of the worst traits and manifestations of a society that can allow people to become utterly crippled both morally and psychologically if they feel they are not obtaining sexual entitlement, demonstrating sexual or social prowess, and exalting in physical pleasures.

Even if we personally do not buy into this culture and even decry its toxic influences, nevertheless it is almost impossible not to be impacted by it either directly or indirectly. Think of the example of passive smoking…

So Libby Purvis is correct to say that the absolute despair of young men like Davison ‘fed by endless TV shows about teenage hook-ups’ is underpinned by the ubiquitous uncritical belief in the social dogma that losing one’s virginity is paramount as a rite of passage into adulthood.

She hastily tried to mitigate what she later admitted was ‘abysmal’ wording by expanding on the idea in another tweet, which was also deleted, writing: “To clarify – children means under 18. I’m talking about 14/15/16 year olds.”

Herein lies the problem with most of contemporary social commentary on major incidents like the Davison/Plymouth killings fostered by the incel phenomenon. Many are (rightly) quick to denounce the rape culture that lurks beneath the reality of the lives and attitudes of so many desperately lonely and isolated individuals, but few have the imagination, let alone the courage, to avoid trying to correct a fault with a fault.

The message of such folk seems to be that if only everyone had lots of perfectly calm consensual sex all would be well in the world and that the sooner we teach this to adolescents the better. How naive!

So I applaud Libby Purvis for admitting in her column that ‘we should acknowledge with a shudder the real and present cruelty of a commercially sexualised culture’. For it is a pornified culture – no matter how much people like Flora Gill try to sanitise it – which leaves countless awkward lonely youths ‘blinded’, says Purvis, ‘to the richness, length and diverse possibilities of life’.

In other words, what she is saying is that if our culture can spawn disturbed groups like incels, then we have to take a long hard look at what authentic human formation is. Government and educationalists may wax lyrical about schools having to commit to better relationships and sex and health education but if those learning objectives and outcomes fail to teach and explore a sufficient grasp of personal dignity they fail.

If such programmes fail to notice what Purvis calls ‘the use of the word virgin as an insult suggesting oddity rather than self-control’, then we will fail to instil the true values of personhood without which there will be no brotherhood, sisterhood, adulthood, fatherhood or motherhood and therefore no neighbourhood for us to live in.