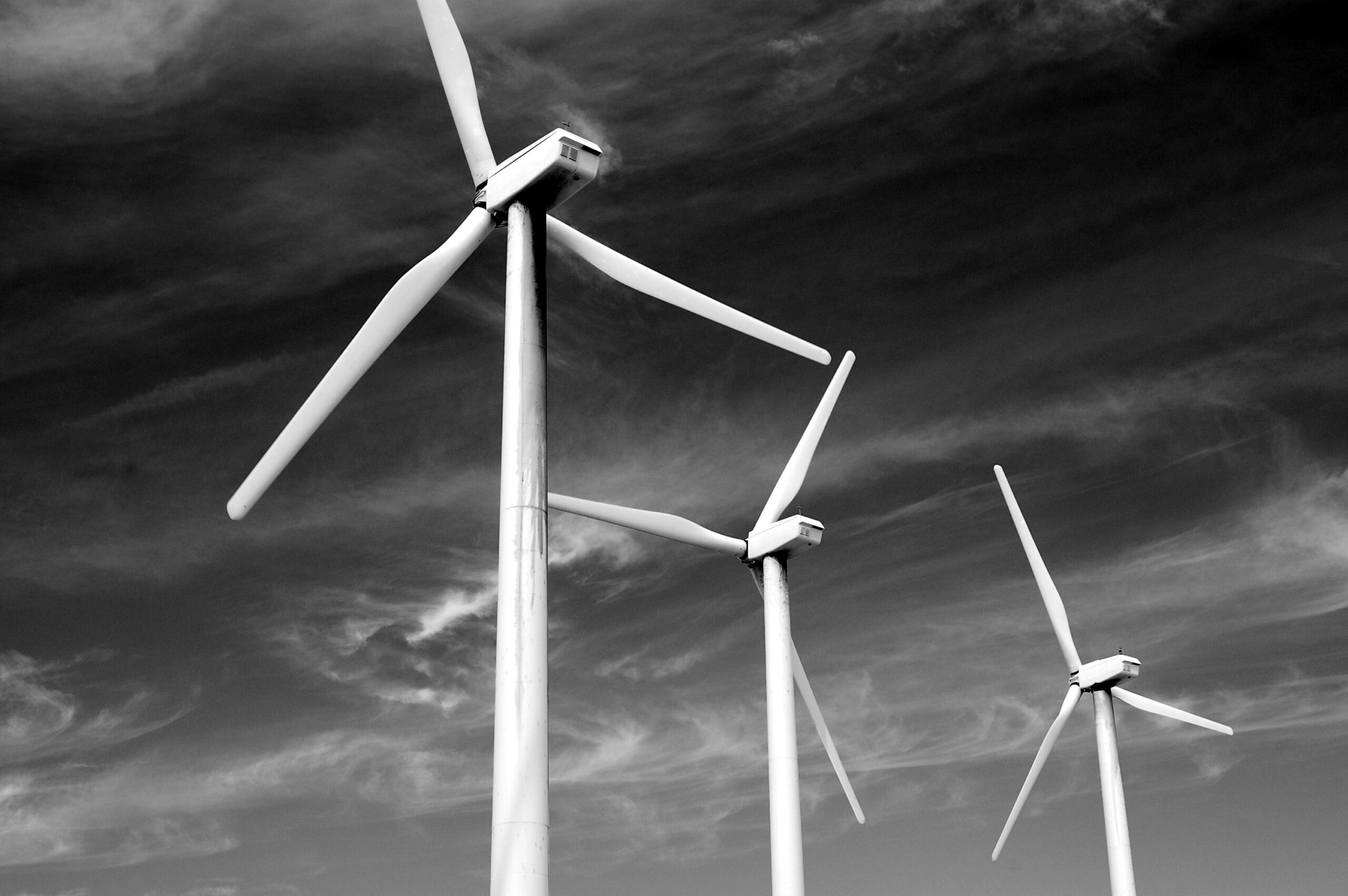 Francesca Omon looks beyond the rhetoric and discovers why the green revolution may not be enough to save the planet.

Great human breakthroughs have an annoying habit of throwing up unforeseeable problems. Think of the explosion of possibilities of nuclear fission and then the explosion of death resulting from nuclear weapons. Or at a more individual and mundane level, the advent of online shopping leading to the death of the high street.

The same danger exists in the (absolutely positive) new awareness of the need for a ‘green revolution’ to tackle climate change, or, in other words, those environmental efforts pursued primarily through the decarbonisation and electrification of the economy.

In recent weeks, various world leaders have made pronouncements which seem to offer hope for the future of the planet after this pandemic.

First off the mark was a voice from the east. During the United Nations General Assembly virtual session in September, Chinese President Xi Jinping startled the world by announcing that the country would go carbon neutral by 2060.

In early October, British Prime Minister Boris Johnson said that the UK recovery would be wind-driven, and this includes plans to build 1GW of floating wind farms which will provide jobs for some 60,000 people.

US presidential hopeful Joe Biden has also promised a climate plan that will come into force should he win the Whitehouse race.

Given its popularity, more countries will probably pledge a similar green commitment as part of their post-pandemic plans.

Are these signs that there is finally enough momentum for a ‘green revolution’ to save the Earth from climate destruction?

Dominant narratives seem to believe that decarbonisation through the use of renewable technologies is the best way out of the current climate crisis. Perhaps populism, coupled with market forces, will indeed pave the way for more wind and solar sources in energy systems after the pandemic.

This should not come as too much of a surprise because even before the pandemic wind and solar energy were already set to capture a greater share of the market. But to gauge whether green-sounding pronouncements can truly qualify as a ‘green revolution,’ there is a need to place them within the larger context, which is the commitment needed to meet the Paris target.

That target includes keeping global warming below 2°C above pre-industrial levels, and even down to 1.5°C, by the end of this century, which in practical terms means a commitment to reduce emissions by 7.6 per cent every year in the next decade.

This is an enormous reduction target. Indeed, since World War II such a dramatic scale in emission reduction has only happened during global crises like the current pandemic.

Ideally, such commitment will entail not only building more solar, wind and other types of renewable energy facilities, but also decarbonising other high-carbon industries like the aviation, petrochemical, and agricultural sectors, among others. Although this may be theoretically possible, it is difficult to discern how governments would be able to place effective environmental structures on high-carbon sectors without risking further job displacement. But this may prove especially unpalatable in the current pandemic situation with the consequent need to revitalise the economy.

Therefore, while investment in renewable energy projects and accompanying job creation schemes may increase after the pandemic due to populism, market forces, or genuine climate imperatives, what the overall impact on emission reduction of this will be is less clear. It is particularly difficult to judge in the case of China which has yet to detail its plans to realise the 2060 carbon-neutral vision.

As such, whether green-sounding pronouncements can then be called a ‘green revolution’ is arguably a subjective assessment as long as emission reduction sufficient to attain the Paris target is yet to be demonstrable.

What is hardly (if ever) mentioned in green plans is the repercussions of having more low-carbon technologies on the earth itself.

Our society’s heavy focus on emissions has muted the other equally, if not more, important environmental concern that has been confronting the world since the 1970s: namely, resource depletion.

Overextraction is a result of rising consumption that is closely associated with economic growth. This is an increasingly serious problem that has yet to find a solution despite attempts to reduce consumption through measures such as increasing resource efficiency and recycling, among others.

The connection between developing low-carbon technologies and increasing resource depletion can hardly be disputed because electric vehicles and solar and wind energy facilities need many more minerals than their conventional (non-green) counterparts.

The development of electric storage batteries, which are used in electric cars and are essential to handle intermittency issues of wind and solar energy technologies, may even lead to a 1,000 per cent increase in the demand for aluminium, cobalt, iron, lead, lithium, manganese and nickel.

To illustrate the point by one example: based on 2018 estimates the UK would need to consume nearly double the world’s cobalt production, almost all its neodymium production, three quarter of its lithium production, and at least half of its copper production, if it is to replace all conventional vehicles, excluding large goods vehicles, with electric cars by 2050. It only takes a little bit of imagination to see what this would mean for the earth if all cars were to be replaced by electric vehicles across the globe.

A parallel problem is waste generation. While still finding no effective solution to plastic waste issues, the world is now increasingly confronted with mounting electronic waste that has grown by almost 40 percent in the last decade whereas the recycling rate increased by a mere two percent in the same period.

Low-carbon products will, if anything, compound this problem. Not only are technologies to recycle lithium-ion batteries used in electric vehicles still being figured out while electric cars roll off the production line with giddying speed and much self-righteous satisfaction, but there will also be an estimated 43 million tonnes of wind blade waste being generated worldwide by 2050. It is not clear what, if any, plans are being made to dispose of this vast mountain of metal.

This is not to suggest that technological solutions should not be pursued. Rather, it shows the limitations of relying on technologies as the principal means to address climate change.

Technological solutions create a dilemma in which emissions are to be reduced on the one hand, but resource extraction and waste generation are intensifying on the other. One may argue that reducing emissions is a higher priority, therefore the latter problems should just be managed, although no one really knows how. This form of collective procrastination is a probable scenario.

But if one were to be genuinely committed to the care of the planet, there is a better option which avoids having to choose between the two, and that is through reducing consumption.

This ‘third way’ addresses the climate problem at its source and tackles resource extraction, waste generation, and emission problems simultaneously. This necessarily requires self-restraint and even a change in high-consumption lifestyle for humanity in the years to come. And this is definitely a lot more challenging compared to decommissioning coal power plants and switching them to solar and wind power. Or is it?

As of 2019, fossil fuels made up 85 per cent of total global primary energy, while renewables (excluding hydro and nuclear) only had a five percent share. Despite the popular target to get to 100 per cent renewable energy to avert climate crisis, it is important to consider how realistic that can be in terms of the scale and speed necessary to reach the Paris target.

Other constraining factors like the vast geographic areas needed to install solar and wind systems, and potential land competition for their expansion, are alas, rarely discussed in any ‘green future’ plans. Thus, a situation where green technologies will live side-by-side with high-carbon counterparts is a lot more likely compared to a total phase-out of the latter in any foreseeable future and even well beyond.

Recent green pronouncements may give some reason for hope. Hence, we shouldn’t rush to condemn such policy discussion, and technologies may have their share in this fight against climate change, but they are not without trade-offs.

But while Rome burns, and Nero fiddles, individuals and groups can do a lot more to save the planet by eschewing materialism and consumerism and reducing consumption. This would be the real ‘green revolution.’