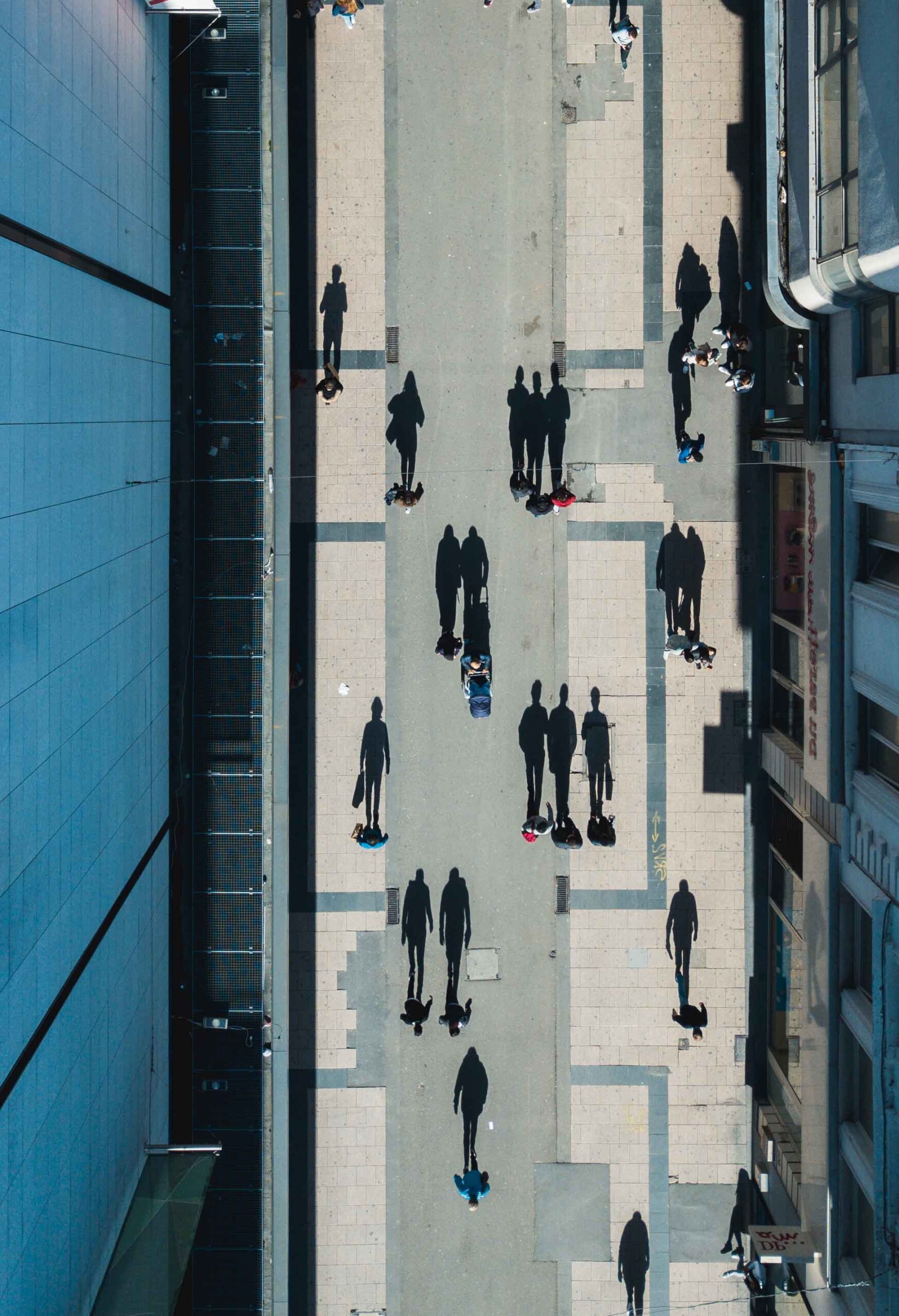 Zoë Dukoff-Gordon exposes the invisible walls we build around our minds without realising it … and offers a surprising way to escape.

Even if you haven’t done time behind bars, you can probably identify with the feelings of being a prisoner. Everyone’s probably been a prisoner of something in their lives – whether love, money, addiction, lifestyle, or poor choices.

Surrounding ourselves in sameness, a principle which ethnic nationalism is built on, is one of the severest threats we are facing today. And it is an even greater danger because it is a prison we can so willingly find ourselves in.

“If you want to destroy something in this life, be it acne, a blemish, or the human soul, all you need to do is to surround it with thick walls; it will dry up inside”, explained Turkish novelist, activist, and academic Elif Shafak in a 2010 Ted Talk. “We all live in some kind of a social and cultural circle. We’re born into a certain family, nation, class. But if we have no connection whatsoever with the worlds beyond the one we take for granted, then we too run the risk of drying up inside. Our imagination might shrink, our hearts might dwindle, and our humanness might wither.”  And she adds …

“If we stay too long inside our cultural cocoons – our friends, neighbours, colleagues, families – if all the people in our inner circle resemble us, it means we are surrounded with our mirror image.”

The antidote to this, Shafak suggests, can come from storytelling. Stories allow us to poke holes through the invisible walls of sameness we form around ourselves. Therefore, in the context of fiction, it is important for writers, Shafak suggests, to write stories particularly about the marginalised, those who are regularly prejudged.

In her most recent novel, 10 Minutes and 38 Seconds in This Strange World, which was shortlisted for the 2019 Man Booker Prize, Shafak ‘gave’ a story to a murdered sex worker, Tequila Leila, from the Cemetery of the Companionless in Üsküdar, Istanbul.

The Cemetery of the Companionless is where ‘undesirable’ or ‘unworthy’ people are buried. The largest burial ground in Turkey, where unnamed gravestones are only given a number, the Cemetery is a place of complete dehumanisation. In giving Tequila Leila a story, ‘the invisible other’ is given a heart, a mind, and a soul. As Shafak says: “In the end, stories move like whirling dervishes; drawing circles beyond circles. They connect all humanity regardless of identity politics.”

This is something I can resonate with. Reading fiction often leads me to a heartening conflux, a good place where the author’s words and my inner self meet. The connection I feel to a fictional character and their story can either put into words the ineffable, or shine a new light on something I thought I had all figured out.

An example of the latter, for me, has been the literary sensation-cum-pop culture classic: The Handmaid’s Tale. Whilst Shafak’s narrative looks to tell stories from the marginalised, often misunderstood, and rehumanise the dehumanised, Margaret Atwood’s novel forewarns us of the capacity for disaster inherent in apparently benign trends in our capitalist society – trends that lead inexorably towards the spawning of dictatorial totalitarian regimes.

The narrative follows June, a ‘handmaid’ in the republic of Gilead which is a Christian totalitarian dictatorship that has overthrown the American government, initially in order to tackle the disastrous consequence of the climate crisis.

In order for such oppressive structures to function, they require the compliance of their victims; in other words they need the victims to perpetuate and enforce the rules of the oppressive system.

In The Handmaid’s Tale, all women, including the commander’s wives, are forced into submissive roles. Yet, the wives and aunts are themselves the primary enforcers of many of the rules, including the compulsory rape of the handmaids.

Through her fictional narrative, Atwood explores how, when people find themselves exposed to extreme circumstances, there is often a dichotomy between those who comply and those who rebel. For those who comply, such as some of the women in Gilead, it is an opportunity to access some kind of power and status themselves: overpowering another woman is their way of regaining some control.

Walls of sameness – the  “cultural cocoons” that Shafak warns against – are increasingly a part of current populist political rhetorics around the globe.

From the divisive Brexit conversations in the UK, to President Trump’s literal wall in the U.S., one might argue that we are seeing the building blocks of a form of global far-right fascism – populist ethnic nationalism mixed with a concomitant identification of an ‘enemy within’: foreigners, immigrants, religious or ethnic minorities. The consequences of this have been an increase in tribal divisions: an ‘us versus them’ rhetoric.

The dehumanisation of refugees and immigrants is possibly the most prevailing form of this trend we are seeing in many countries. In my own country, the UK, asylum seekers and migrants have become an easy scapegoat for the government when responding to the pressures the general public has felt during 10 years of austerity.

The Home secretary Priti Patel’s recent proposed policy to offshore thousands of refugees to an island on the Atlantic Ocean 4,000 miles off Britain’s coast is but the most recent and egregious example. The proposed refugee facility would be so far away from the UK that it’s nearest coastland would be the east coast of South America.

What then, is the antidote? How can we prevent this divisive collectivisation from turning into something more insidious, as forewarned by Atwood?

Journalist Malcom Gladwell offers some insight into why and how our communication breakdown with strangers occurs, and how we can better understand one another. In Talking to Strangers, Gladwell analyses cases which show how catastrophic it can be when we form blind biases against strangers. One of his main conclusions is that when we do not understand a stranger we blame the stranger, a conclusion based on the fallacy of transparency.

The problem is when we apply this to real life. In reality, people don’t always look upset or angry, and liars don’t always look like liars. There isn’t a book of universal facial reactions that can be applied to every human being. The result when we assume there is? A massive communication breakdown between strangers.

A case in point was the trial of US student Amanda Knox, accused of murder in Italy several years ago. As she did not grieve in the way we expected her to, she was seen as suspicious. (She was eventually found guilty of murder and subsequently freed after an appeal.)

Why then, does it seem that our ability to judge and communicate seem to be all-too-often twisted into more insidious agendas? One common thread from Gladwell’s research is that in thinking the worst of others, we end up bringing out the worst in ourselves, with the relevant implications for our politics and economics.

Gladwell advocates the importance of our truth bias when it comes to analysing strangers.

We need to assume the best in one another, otherwise our negative assumptions can become a self-fulfilling prophecy.

What Gladwell concludes is that compassion, connection, and a willingness to understand one another are the antidotes to tribal divisions and the walls we build around ourselves. In its accessibility, this is a hopeful proposal.

Perhaps it is by hearing more stories (fictional and real-life), actually listening to the experiences of those we so easily stereotype and make simplistic judgements about, that we can escape the prison of our own lazy prejudices.