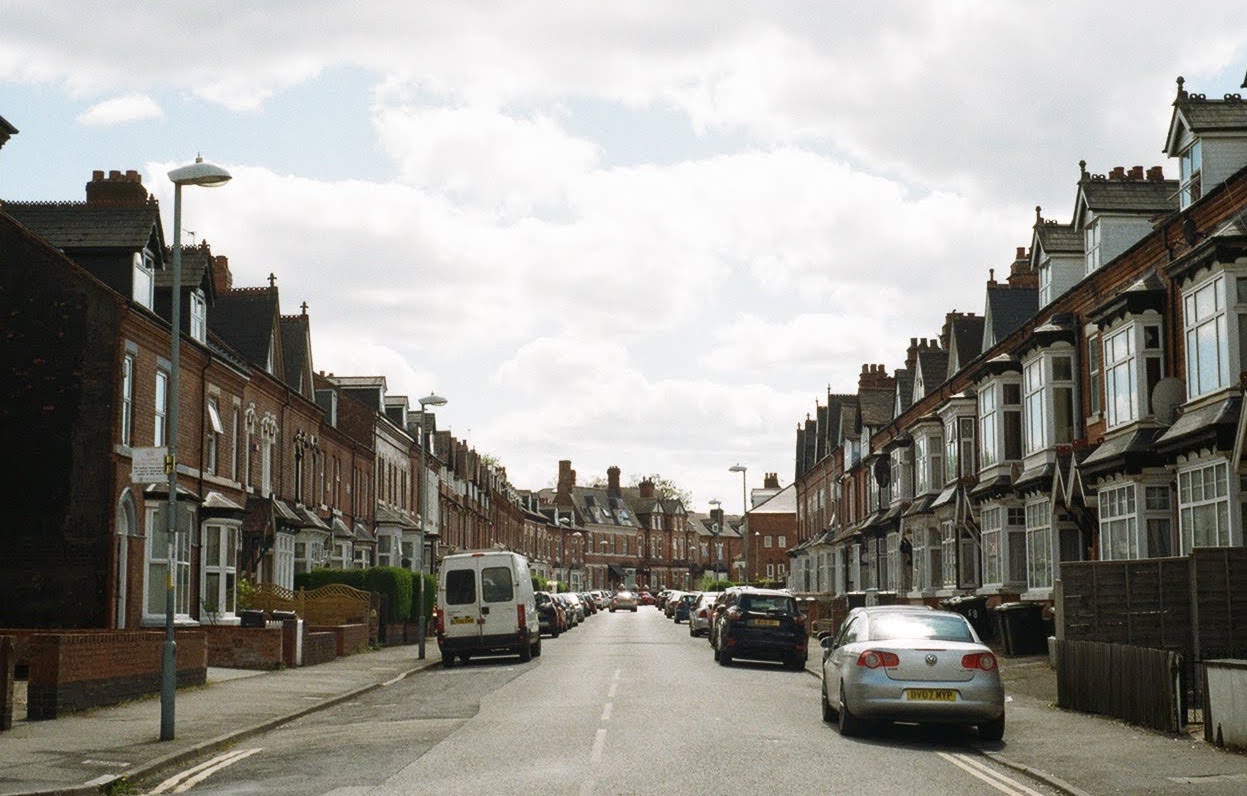 From Africa to England – Sean Organ reveals the backstory of the great author J. R. R. Tolkien and considers how much influence it might have had on his writing.

Widely regarded as the ‘father of modern fantasy’, J. R. R. Tolkien was one of the most influential writers of the last century. Though celebrated by critics and scholars and read by countless adults, his books are often among the first works which children devour once they enter their teens. Yet few commentators have noted the impact the author’s own childhood had on his writing.

Tolkien’s childhood is a story of tragedy, faith, literature, and love.

It is an inspirational story of an orphaned schoolboy, tormented by bereavement and poverty, fulfilling his ambitions as a world-renowned linguist and Anglo-Saxon scholar who battled against all the odds to achieve his ambitions.

John Ronald Reuel Tolkien was born in Bloemfontein, South Africa, on 3 January 1892. Both his father and mother came from England, and more precisely, the city of Birmingham, then the epicentre of the Industrial Revolution.

The Tolkiens of Birmingham had a small drapery business in the southern part of the city. But the business went bankrupt, leading Arthur Tolkien and his new wife Mabel to move to South Africa where Arthur began a career as a bank manager. The Tolkiens lived relatively peacefully. Ronald, as his mother called him, would later reminisce of bathing in the Indian Ocean and  being bitten by a tarantula while playing at home – an incident which would make an appearance in his Lord of the Rings series to follow.

Tolkien’s brother Hilary was born some two years later. The family soon found the South African climate hard to bear, with the boys suffering from illnesses from time to time.

Mabel therefore made the decision to take them on an extended holiday to England as a break away from the climate. Arthur was still working at the time and would join them later in the year. Not long after Mabel and the boys had reached England, however, Arthur died after a short illness, most likely of an intense fever.

Mabel and the two boys were immediately thrust into poverty and relied upon their Birmingham relatives for financial support and accommodation.

Now that Birmingham was to be their permanent home, Mabel sought out a suitable school for her sons. Their father had attended the prestigious King Edward’s School, Barry and Pugin’s early Gothic masterpiece which stood on the corner of New Street and Bullring boulevard in the city centre.

However, things were to become even more challenging just before the boys were due to start their schooling at King Edward’s. With the support of her family, Mabel had rented a small cottage on Wake Green Road (which is still there to this day). The area around it was once pure countryside with only a handful of cottages dotted around Sarehole Mill, an 18th century watermill founded by Matthew Boulton.

Both Ronald and Hilary’s time playing around Sarehole Mill had a profound effect on them and was one of the happiest periods of their childhood. “Knowing Sarehole Mill, it dominated my childhood. I lived in a small cottage almost immediately beside it, and the old miller of my day and his son were characters of wonder and terror to a small child”, Tolkien wrote in a letter to Nicholas Thomas in 1968.

At this time Mabel Tolkien made the remarkable decision to convert to the Roman Catholic faith. It is unclear why she made this choice. But we do know that Birmingham after the Catholic Relief Act of 1829 had been an influential location for the re-establishment of Catholicism, with numerous new churches in the city centre and large Catholic institutions such as St Chad’s Cathedral and Oscott College, in the area. Birmingham, unlike other English cities, lacked a strong Anglican presence, and Catholics, Quakers and other faiths all called the city home.

Birmingham was also home to Italian and Irish immigrants working in the factories and large industrial settings around local parish communities. For Mabel, making such a life-changing decision must have been very painful. Even though she felt called to be a Catholic, it meant sacrificing the security she had fought so long to achieve. Her Baptist relatives protested fiercely against her decision and immediately stopped any financial support to her family. Mabel had to give up her idyllic home in Sarehole and move closer to the back-to-back houses in the inner-city area.

“My own dear mother was a martyr indeed,” Tolkien later wrote, “and it is not to everybody that God grants so easy a way to his great gifts as he did to Hilary and myself, giving us a mother who killed herself with labour and trouble to ensure us keeping the faith.”

The family moved a stone’s throw away from the Birmingham Oratory, which not long before had been home to the great St John Henry Newman. Mabel worshipped at the Oratory and soon called upon the support of Fr Francis Morgan, a Spanish-born priest who had been the secretary to Newman during his years as Cardinal. Fr. Morgan offered to support the family in any way he could.

Morgan himself came from a successful family that had a background in the wine industry in the Andalucian region of Southern Spain. As a result, Fr Morgan was able to support the Tolkien family out of his large personal inheritance.

He paid for their accommodation around the Edgbaston/Ladywood area. This district was dominated by the ‘two towers’ of Edgbaston Waterworks, a 19th century gothic revival chimney which bellowed out smoke from the large steam engines below, and Perriot’s Folly, an 18th century observation tower built when Edgbaston was a large area of unspoilt countryside.

In recent years, these towers have been credited as the inspiration for the two towers in the Lord of the Rings books. Unfortunately, there is no evidence for this, but Tolkien would certainly have seen these towers from his bedroom window, his walk to school, and indeed everywhere he went around the Oratory. So, who knows?

Ronald and Hilary had successfully secured a place at King Edward’s School which was not that far from  home in Edgbaston. Ronald had initially been refused entry but with the support of Fr Morgan was able to secure a scholarship on his second attempt.

Not long after settling in at King Edwards, their mother became severely unwell. It is now known that she was suffering from type one diabetes for which there was no treatment at the time. For the next year Fr Morgan continued to assist the family providing medical support to Mabel and even allowing her to recover at the Birmingham Oratory’s Retreat House next to Crofton Park – the place where Cardinal Newman was to be beatified over a century later. Mabel died at the Oratory’s House in the Spring of 1903.

Morgan was made guardian of Ronald and Hilary, as requested by Mabel to save the boys from wandering away from their Catholic faith.

The boys, now orphans, would continue their schooling at King Edward’s School for the next seven years, but under the guidance of their ‘second father’ Morgan.

They continued to move around the city until they settled again in Edgbaston with Mrs Faulkner of Duchess Road. There Tolkien met his future wife, Edith Bratt, also an orphan, who was a talented piano player. The two became smitten in late adolescence, and would perform piano recitals at Birmingham’s Town Hall and enjoy cycling excursions around the leafy corners of South Birmingham.

However, Ronald was preparing to sit his entrance exam for Oxford University. At the first go he failed to win a place. Father Morgan knew of Ronald’s relationship with Edith and, as his guardian,  forbade him to contact Edith until his 21st birthday (once he had reached the then age of independence). As a debt of gratitude, in appreciation for all Father Morgan had done for his family, Ronald accepted. It must have been very difficult for him during those last years of his adolescence, but he kept his word throughout.

At 19 he successfully passed the entrance exam for Oxford and gained a second class scholarship with Father Morgan covering the rest of his tuition.

Tolkien wrote to Edith at midnight on the eve of his 21st birthday. He spoke of his love for her and asked for her hand in marriage.

But to his dismay Edith had become engaged during their time apart to a gentleman in Cheltenham. The two agreed to meet in Birmingham and Edith was persuaded to break off her existing engagement and to accept Ronald’s offer of marriage instead.

Ronald moved back to Oxford to finish his degree and Edith stayed with family in Warwick, about 20 miles from Birmingham. It was there that she too would be received into the Catholic Church, and about a year later Ronald and Edith were married in March 1916. That following day Ronald was called to fight in the First World War with the Lancastrian regiment.

J. R. R. Tolkien would go on to serve in the war’s most infamous battle, the battle of the Somme, where more than a million soldiers lost their lives. Ronald was sent home after contracting trench fever. He was dispatched to his hometown of Birmingham, to the city’s university, which had been turned into a military hospital where Father Morgan and Edith visited him while he was recovering.

Tolkien soon recovered and left Birmingham for the last time to start his life as an academic and writer, first in Leeds, and later in Oxford.

The Birmingham years were over, but they had left an indelible mark.

Feature image: Stirling Road, Edgbaston, Birmingham. J.R.R. Tolkien lived here and close by, for the next ten years after leaving the cottage at Sarehole Mill. (June 2021) by Sean Organ

Sean Organ is a Birmingham based documentary photographer, graduating from the University of the Arts, London. Along with studying a Masters, Sean is currently working with a number of charities across the West Midlands and as designer for St. Chad’s Cathedral’s Basilican magazine and other creative projects for the parish.