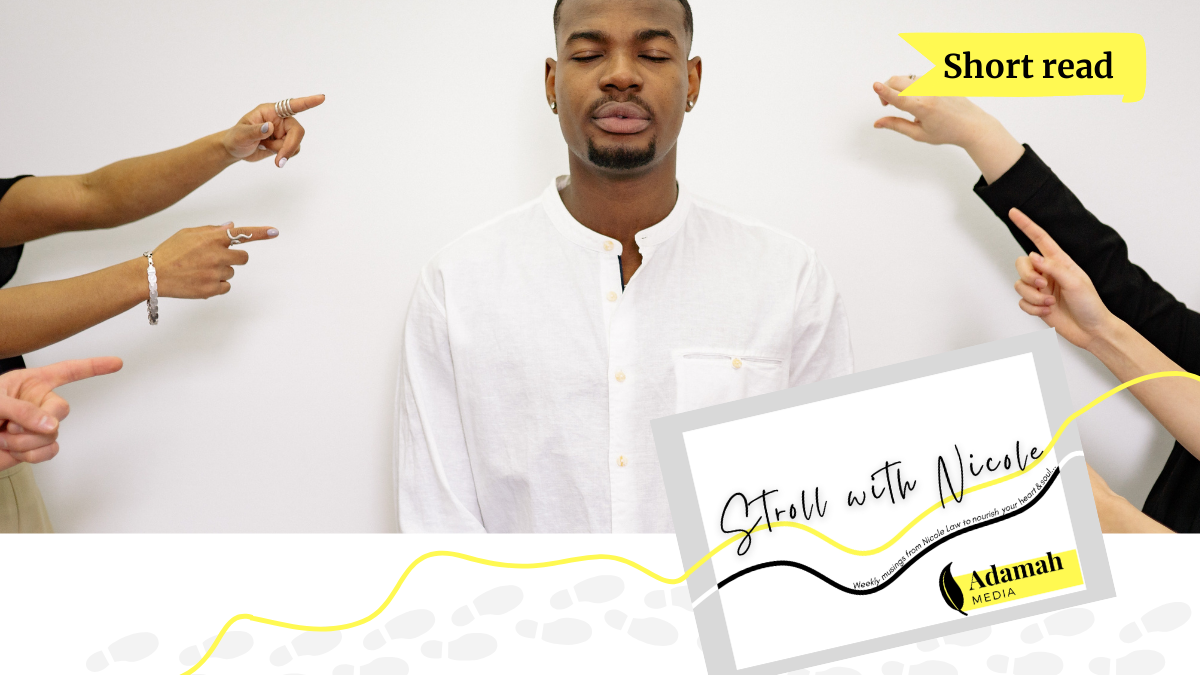 Nicole Law looks at the dilemmas posed by the new tendency to shame unpopular opinions.

The term ‘cancel culture’ has entered contemporary usage as a way to describe efforts to ostracise and ‘call out’ individuals with controversial opinions.

We have all seen statues of 18th century slave traders felled in universities, celebrities criticised for their racist views (expressed recently or decades ago!), and all-out Twitter takedowns of public figures for any social media post deemed unacceptable.

At its best, the idea of cancelling arises from the efforts of marginalised communities to assert their values against public figures who have retained power even after committing wrongdoing – a tool of the oppressed to hold people of power to account for their words and actions.

At its worst, it is the hammer of the self-righteous, the ‘woke’ illuminated, to beat those whom they do not like, as self-proclaimed spokespersons of their chosen oppressed.

In itself, cancelling can be a powerful tool to highlight issues of systemic racism and unequal structures present in our societies. While similar to the idea of public backlash, where members of society identify and react against a potentially harmful statement by a public individual, it goes much further … and therein lies the problem.

It is one thing to remind the general public that Person A has voiced, say, a sexist opinion about women in the workplace. It is quite another to hold that same person to account for his actions and to attempt to force change in his views and more broadly the systems and structures which allowed him to hold and proclaim them.

Such is the aim of cancel culture.

With the surge of hash-tag oriented social justice movements such as #BlackLivesMatter and #MeToo, the idea of ‘cancelling’ individuals has held an allure for those who hope to see the collective take-down of powerful structures through sheer influence.

Yet rather than simply identifying the persons who hold what are deemed to be problematic viewpoints, cancel culture has the potential of moving beyond acknowledgement of the issue to rather more dangerous territory.

Taken too far, it threatens free debate and open discussion. Whether we like it or not, for every hot topic, there will be persons standing at different points along the continuum.

It could be the debate on abortion, the use of weapons, the fair treatment of refugees – regardless of the issue at hand, viewpoints differ in shades and do not usually fall easily into distinct Yes/No categories.

Although we may not agree with viewpoints different from our own, we need to distinguish between opinions which are harmful to specific groups of persons and those which simply present an alternative perspective.

Though most of modern society appears to oppose discrimination based on sex, race, religion or any defining characteristic, the truth is that sexists and racists still exist in society, and one man’s treasured article of faith might be another’s hated heresy.

In such instances, we need to realise that, although we may attempt to persuade individuals to change their mind, a person’s views are ultimately his or her own and he or she needs to go through an internal paradigm shift to start to see things from our perspective. And they might even be right in aspects of their views, in a way we fail to see because of our own limited vision.

The danger of cancel culture lies in its potential to close down healthy debate and discussion, particularly in objective fields such as science.

This cancelling is usually emotional and knee-jerk and fails to see that there are many issues where one needs a fair degree of specialised knowledge to be able to say anything vaguely sensible.

Even when we think there is a clear ‘right answer’, ‘cancelling’ a person because of his or her views (without consideration for the reasons behind that person’s perspective) causes us to narrow our own field of vision.

While I may disagree with a friend who supports abortion on demand, I hear her out and listen with attention to the argument she makes. She is still my friend whom I respect and value, even though we disagree on a profound issue of human rights.

I do not ‘cancel’ her because she holds the view that women should retain the right to end an unwanted pregnancy. Instead, I listen with the intention of understanding where she is coming from.

… in this case my convictions about the humanity and dignity of the unborn child.

There are many disputed issues in our societies – a quick check of social media, with its torrent of rage-fuelled comments, offers ample evidence of this – yet cancelling out the views of others is rarely the best way to resolve the debate.

Rather than slip into a homogenisation of society, we must take active steps to retain the pluralism which allows people to voice their opinions freely, albeit with respect and sensitivity to opposing viewpoints.

Only trouble arises when we think our viewpoint is the unique way to look at a particular issue. There will be much we disagree on but one thing we can agree on is this – let us proceed with caution so as not to ‘cancel’ the imperfect yet very heterogeneous ‘culture’ we live in.