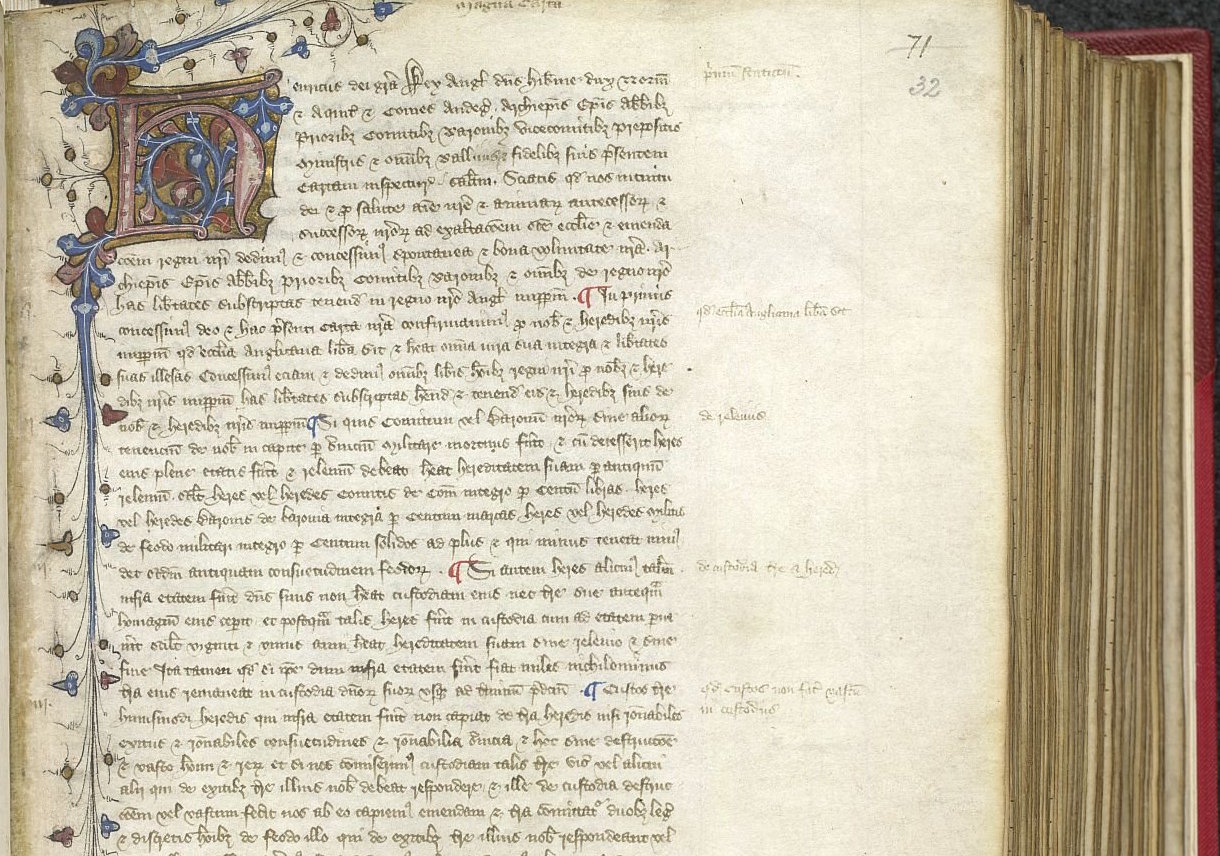 In the West we tend to take for granted such rights as religious freedom, the right to return to our own country after travelling abroad, the right to a fair trial based on the testimony of credible witnesses, and to be protected from the dangers of a powerful state through the rule of law. However, recent events are once again showing that many people are not so lucky, as in places like Myanmar and Hong Kong citizens are fighting a seemingly losing battle for many of these basic political rights which we take for granted.

It was therefore with a heightened sense of significance that I recently went to visit Runnymede, the site where the Magna Carta was ratified by England’s King John in 1215. Beyond its impact on history, the site in Surrey, not far from London, is not especially noteworthy in terms of natural beauty – it’s essentially just a field! Indeed, for many years it was used as a racecourse for the Egham races and in the early years of the 20th century it was threatened by development, before it was saved for the nation through the efforts of Lord Fairhaven who bought the site. After his death, his wife and son gave it to the National Trust in his memory.

Magna Carta was effectively a peace treaty, and in the eyes of some contemporary historians it is nothing more than that – a negotiated settlement between King John and the rebellious barons who were outraged by what they saw as the violation of their rights and privileges by an overreaching monarch. Many of these rights and privileges can seem very anachronistic to the modern mind and the document certainly wasn’t designed to be the human rights charter which some politicians perhaps hold it up to be.

Nevertheless, the charter’s clauses have enshrined and encapsulated the earliest notions of some of our most cherished rights and freedoms (even if that was perhaps an unintended consequence). It is not without cause that Winston Churchill called it ‘the most famous milestone of our rights and freedoms’.

The famous High Court judge Lord Denning considered it ‘the greatest constitutional document of all time – the foundation of the freedom of the individual against the arbitrary authority of the despot’.

Perhaps the principal achievement of the charter lies not so much in its contents, but in what the ratification of the charter at Runnymede represents. In his poem ‘The Reeds of Runnymede’,  the writer Rudyard Kipling described it as the ‘first attack on Right Divine’, and the document is upheld as symbolising freedom under the rule of law. It would seem, therefore, that it was the charter’s existence and its binding nature on the king that was of greater consequence than its content, which is now seen as somewhat anachronistic and rooted in feudal society.

But as anachronistic as they might seem, there are at least a handful of the charter’s clauses which I would argue to be of real significance today. For instance, the signs at Runnymede advertise it as being the birthplace of democracy. Whilst this may not be strictly true (Athens is a more worthy contender!), it is most probably the birthplace of representative democracy. Clause 12 stipulates that no taxes ‘may be levied in our kingdom without its general consent’ and that to obtain this consent, as clause 14 stipulates, ‘the archbishops, bishops, abbots, earls, and greater barons’ are to be summoned by letter.

Whilst this body might not seem to be very representative to modern minds, it is worth remembering that bishops and abbots were elected and did not necessarily come from elite backgrounds. Furthermore, this group provided a starting point for Britain’s current parliamentary system which would later be expanded to include the elected representatives who currently occupy the Palace of Westminster.

The cry of the American Revolution – ‘No taxation without representation’ – has its origin in the Magna Carta, which is probably one of the many reasons why the charter is so highly venerated in the American cultural psyche.

Another important legacy of Magna Carta is the standardisation of weights and measures.

Prior to Magna Carta a pint in York could be a very different measurement to a pint in London, but clause 35 of Magna Carta stipulated that there ‘shall be standard measures of wine, ale, and corn’ throughout the nation.

This standardisation is something we take so much for granted that it is easy to forget that it was only by means of human will and legislation that we can be sure that if we ask for a pint of ale in Bath, in the South-West of England, we know it will be exactly the same measurement as if we were to ask for the same in Carlisle, in the far North.

Perhaps of greater importance are the clauses referring to judicial proceedings. For instance, clause 38 stipulates that ‘no official shall place a man on trial upon his own unsupported statement, without producing credible witnesses to the truth of it’. And clause 39 stipulates that nobody shall be ‘seized or imprisoned, or stripped of his rights or possessions, or outlawed or exiled, or deprived of his standing in any way, nor will we proceed with force against him, or send others to do so, except by the lawful judgement of his equals or by the law of the land’.

Evidence of the legacy of these clauses lies in other legal documents which have been inspired by Magna Carta. For instance, the fourth amendment of the US Constitution protects the right of the people to be ‘secure in their persons, houses, papers, and effects, against unreasonable searches and seizures, and no warrants shall issue, but upon probable cause, supported by Oath or affirmation, and particularly describing the place to be searched, and the person or things to be seized’.

Likewise, Article 9 of the Universal Declaration of Human Rights echoes the same clause when it stipulates that nobody ‘shall be subjected to arbitrary arrest, detention or exile’. This in turn influenced the European Convention on Human Rights, whose Article 5 begins: “Everyone has the right to liberty and security of person.” Yet more evidence of the long-reaching legacy of ideas which find their first legal manifestation within Magna Carta.

Another especially interesting clause is clause 42, which stipulates that ‘it shall be lawful for any man to leave and return to our kingdom unharmed and without fear, by land or water, preserving his allegiance to us, except in time of war, for some short period, for the common benefit of the realm’.

This clause created a precedent for the freedom of travel and the right to return to one’s own nation – a right which still today cannot be taken for granted, even in the so-called liberal West.

As recently as this year Australia criminalised the return of its own citizens from India on biosecurity grounds, which perhaps suggests the importance of establishing a constitutional right to return such as exists in Canada.

However, the clause of Magna Carta which has probably been the most violated in our history is the first clause. This clause establishes the right of the English Church (which meant the Catholic Church in England) to be free, but this was violated during the 16th century when Henry VIII and his successors not only took away the freedom of the Church to elect its own bishops but also outlawed all religious worship that was not conducted by clergy of the state’s own choosing.

Despite the pre-eminence given to ecclesiastical liberty in the Magna Carta, its mention of God and the role of eminent clergymen in drawing it up, modern commentators at best pay lip service to the role of the Church in formulating the charter. But it is worth remembering that the prime mover of this document was Cardinal Stephen Langton, Archbishop of Canterbury, who had studied the Old Testament at Paris. As a result of his studies there he formulated a theology of government that was constitutional monarchy in all but name.

He pointed out that the Old Testament kings of Israel were bound by the Mosaic law, which they had to copy out and abide by. There was also a long tradition of prophets speaking truth to power and taking the monarch to task for injustices and violations of the Mosaic law. From this Langton was able to formulate a scriptural argument for what we now call the rule of law and the notion that there were limits to the monarch’s authority.

Magna Carta seems to be appreciated more on the other side of the pond, for the only memorial on the site commemorating the ratification of the charter was erected by the American Bar Association in 1957 (albeit designed by British architect Sir Edward Maufe). Upon it are inscribed the words, “To commemorate Magna Carta, symbol of freedom under law.”

A plaque at the foot of the memorial has a notice engraved upon it informing that the American Bar Association ‘rededicated this memorial in commemoration of the 800th anniversary of Magna Carta, foundation of the rule of law, and reaffirmed its commitment to the principles of the Great Charter’. It adds, in further evidence of the ‘special relationship’ between our two countries, that the plaque ‘was unveiled by HRH The Princess Royal’ on 15th June 2015.

Nearby, in an acre of land which was symbolically gifted to the USA by Queen Elizabeth in 1965, there is a stone monument in memory of US President John F Kennedy. The massive block of Portland stone upon which the memorial is inscribed includes upon it these words from Kennedy’s inaugural address: “Let every nation know, whether it wishes us well or ill, that we shall pay any price, bear any burden, meet any hardship, support any friend, or oppose any foe in order to assure the survival and success of liberty.”

Eternal vigilance is the price of liberty, and we must know the value and history of the rights we so rightly value, so that we can defend them tooth and nail when they are threatened. Inspired by JFK and remaining true to the principles enshrined in Magna Carta, let us, like him, promise to ‘pay any price, bear any burden, meet any hardship, support any friend, or oppose any foe in order to assure the survival and success of liberty’.