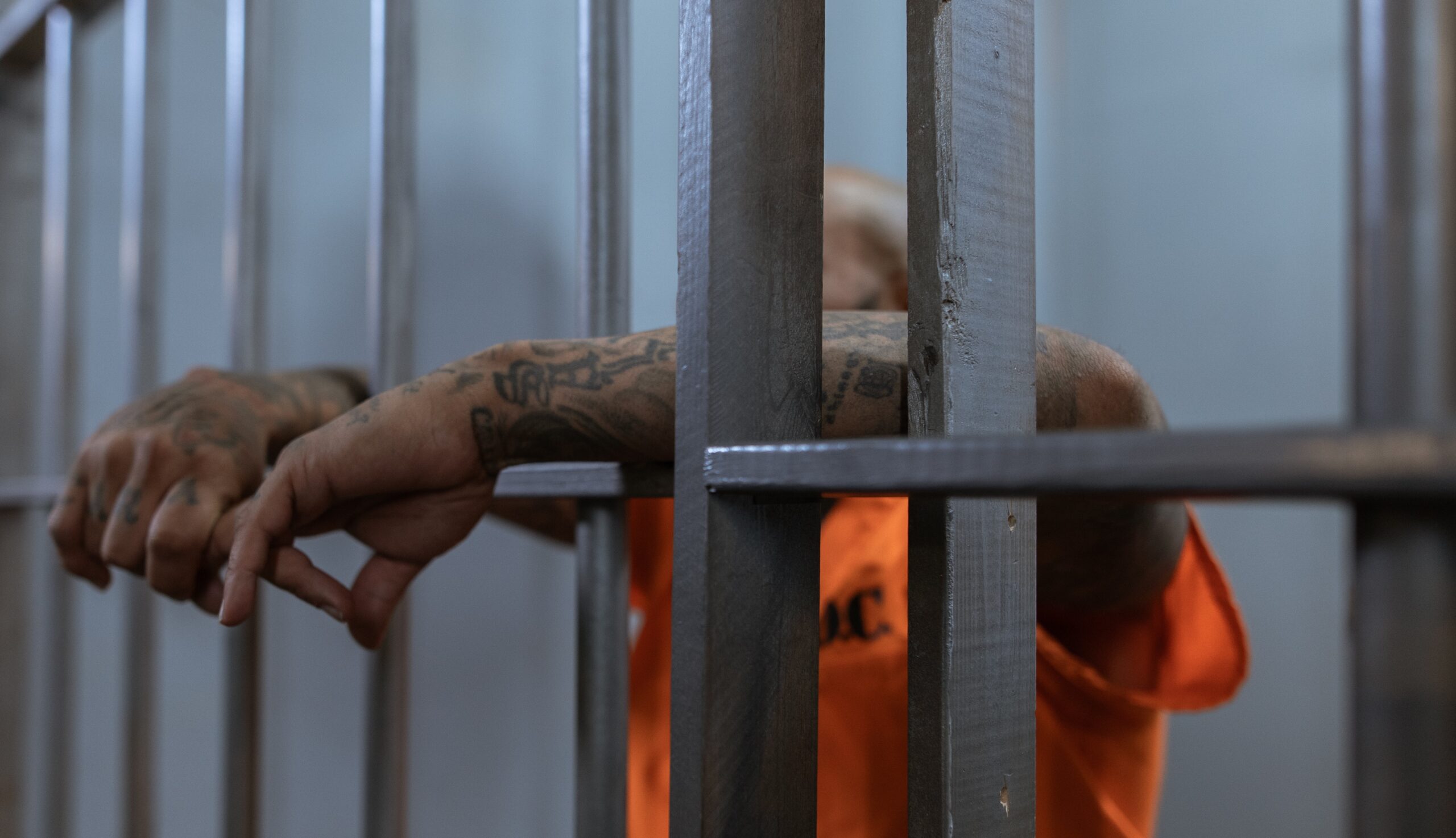 Francesco Ciampa tells a story of rebirth from behind bars in one of Italy’s toughest prisons.

Write about your life through the eyes of an outsider … This was the challenge made to two inmates in a prison in Catanzaro, in the southern Italian region of Calabria. Two men sentenced to life imprisonment without possibility of release until death, and now completing degrees in sociology with autobiographical theses, focussing on the psychological and creative resources they used for survival before prison and during their time behind bars.

“The approach is called autoethnography “, explains Charlie Barnao, professor of the Sociology of Survival at the Magna Graecia University in Catanzaro and the supervisor of the two students in their studies.

“Autoethnography is a form of self-narration that places the self within a social context; the auto-ethnographer is both the author and the subject of the story, the one who tells and the one who lives the experience – the observer and the observed.”

In the case of the two student prisoners and their theses, what emerge are the extraordinary qualities of adaptation in extreme situations shown by the individuals – skills that are often found in the lives of people who tend to be considered chaotic and feckless (for example, those involved in prostitution, the homeless and so on).

The study process helped the authors not to completely dismiss the past and to avoid creating a split between life before prison and life in prison. This allowed them to reconsider and question certain personality traits and strengths which were present in their lives of crime.

The truth is that some of the same characteristics that allow people to excel in criminal gangs before detention are the very ones that now allow them to survive in a different context, with different purposes.

Recovery is very possible – says Barnao – if the research is free from moral judgment: “I ask my undergraduates to be as non-judgmental as possible so they can express themselves at their best; that means recognising significant criminal traits that are still present in their lives.”

One of the two undergraduates is called Salvatore Curatolo, aged 65. He has been in prison for almost 30 years, sentenced to life imprisonment for mafia crimes, which means his only chance of parole is to collaborate with the prosecutors.

Curatolo, who was due to graduate this summer, speaks of his thesis as ‘a difficult and painful path’.

He said: “The idea of becoming an ethnographer of myself came about when Professor Barnao read some files in which I explained that I had started reading and studying out of love for my daughters, and on the advice of my wife, to maintain a relationship with them,” (daughters who, in the meantime, have grown up to be very well-educated and cultured people).

What emerged was a love of studying as a ‘survival technique’ and the pursuit of knowledge as a vital means of maintaining and consolidating important family and emotional relationships. It’s a discovery – according to Professor Barnao – which is helped by writing, which turns the spotlight inwards, and highlights the process of adaptation from life before prison to the reality of living with a life sentence.

Writing about one’s own life, one’s actions and beliefs, explaining them in relation to the culture to which one belongs, requires emotional commitment, and means suspending judgment on oneself:

“When I entered the ‘cyclone’ of auto-ethnography, the pain increased every day,” Curatolo says, calling the time taken away from his daughters and his wife ‘a time full of pain’.

During this journey of memories, a kind of  ‘blush of shame’ came over the prisoner when a university professor publicly defined him as a ‘friend’. Curatolo says: “I am not worthy of such a great friendship.” This was followed by a sense of wonder when another professor described himself as Curatolo’s ‘ally’, supporting his decision to enrol at the university.

“This was a kind of alliance I wasn’t used to, because nothing was asked of me in return; in alliances where I come from, sooner or later you have to pay something back … It was a whole new world from the criminal culture of my previous life.”

At the beginning of his voyage of self-discovery the temptation was to look back, comparing the friendships of the past to those forged in prison, judging them and judging himself. That temptation faded bit by bit until, as he puts it, “I found the strength and the naturalness to tell my story without denying the experience that led to me ending up a lifer. Auto-ethnography drags you out of the tunnel, makes you more free intellectually, and the story becomes a kind of catharsis.”

Professor Barnao says: “In this process, Salvatore Curatolo discovered how important books were for his psychological survival in prison. After many years of 41 bis (ie a harsh prison regime with high security measures, ed.), Curatolo, who did not even have fifth grade schooling, realized the cultural distance between him and his daughters, who had by then enrolled in university. So he decided to study to find new topics to discuss with them. The books also help him to engage with the prison officers and the political prisoners, people who are culturally and ideologically miles apart from the mafia inmates. Studying helps overcome the typical prejudices.”

“This experience was extremely important both for my education and my life’s journey,” says Sergio Ferraro, aged 44, and 21 years into a life sentence on charges of membership of the Casalesi Clan of the local mafia, known as the Camorra. “It helped me understand that we human beings distinguish ourselves from each other not only from a biological point of view (hair colour, eye colour, skin colour, height, etc.), but also based on the culture from which we come…”

“One of the most horrendous things that a human being can do is to kill a fellow human being, but today I am ashamed to say that often it’s the cultural context that ‘imposes’ on you such a heinous crime, because in that culture it’s not even considered a crime,” says Ferraro.

Through this ‘non-judgmental’ approach prisoners can open the doors to a form of self-acceptance. In Ferraro’s case – his graduation is scheduled for autumn 2021 – it means bringing out the traits described by Barnao: “He is coming to understand how his old charismatic qualities as a reliable leader, ready to do anything for the criminal group, are the same qualities that emerge in prison and that cast him in the role of a trusted tutor allowing him to help, involve and encourage other inmates who are also university students like him.”

Professor Barnao is very clear on one point: “My approach as a teacher is not to re-educate someone. My goal is to educate the person about certain forms of knowledge whether that be inside or outside the prison walls.”

That said, the assignments “can in fact translate into a kind of re-education. I am convinced that enhancing some aspects of a person’s personality, without throwing away everything from their past, can have a significant value in the process of resocialization. Where, for example, prisoners open up to consider others’ points of view and values outside the world of crime.”

Manola Albanese, a psychologist and psychotherapist, defines autoethnography as “a tool for rediscovering the meaning of events and behaviours.”

The prisoner students’ academic progress towards a degree also restores the dignity they have lost socially. Albanese said: “When a person manages to find inside him or herself good qualities, resources and creativity, it is no longer the outside that matters, but the inside; that person can never be alone again or feel that sense of emptiness they had before.”

Could this work be a way to prevent extreme acts such as suicide? Albanese is in no doubt: “I believe that every person, if he knows himself better and knows life better, can defend himself better from his own demons and from the trials of life.”

“Suicide is nothing more than an extreme, desperate escape from a distressing life. But one thing is certain: the more tools we have at our disposal, the better chance we have of finding a way through our problems rather than opting out of life itself.”

“The prevailing view of prisoners is that society should ‘throw away the key’. There seems to be a thirst for harsher penalties and a tendency to resist any effort to offer a way out of the prison system; this is the harsh culture in which we are deeply immersed and that’s part of the reason Italian prisons are among the worst in Europe,” says Barnao.

When it comes to the ‘life means life’ sentence he is firm in his views: “It is unconstitutional and inhumane, the expression of a culture that we find it hard to get rid of.”

It’s an element of Italian law on which the European Court of Human Rights has intervened, asking for a reform of the current regulatory framework which greatly limits the prospects of release, appeal and parole for a detained person. It was for these reasons that Italy’s Constitutional Court decreed such sentences to be ‘incompatible with the Constitution’ and set a hearing for May 2022 to consider the practice, ‘thus giving Parliament adequate time to address the matter’.

Meanwhile, while politicians consider and judges sentence, in the background the stories of survival and efforts at rebirth continue … despite the obstacles.

This story was first published in Italian in www.news48.it and appeared in English in the Solutions Journalism Network Story Tracker https://storytracker.solutionsjournalism.org/

Like what you’ve read? Consider supporting the work of Adamah by making a donation and help us keep exploring life’s big (and not so big) issues.

Francesco Ciampa is a freelance journalist specialising in social issues, healthcare and the third sector. He has written for newspapers and magazines at local level in the region of Calabria and for national publications in Italy. He is a member of the Constructive Network in his mother country which promotes constructive or ‘solutions-based’ journalism.