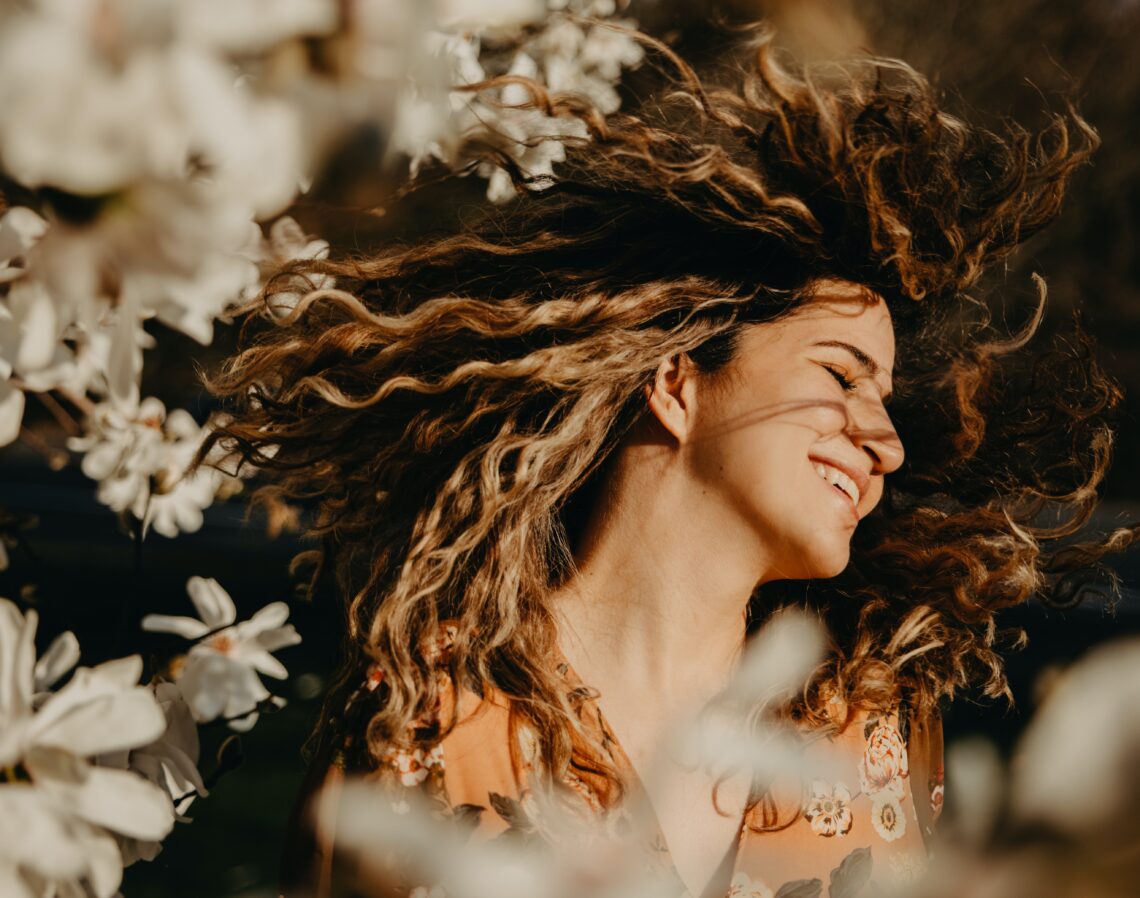 ‘Being oneself’ is the ultimate liberation, thinks Lisa Fraser.

One of the reasons I found it hard to enjoy Shakespeare’s plays for many years was the Bard’s tendency to make his characters disguise themselves and take on fake identities.

Don Pedro impersonating Claudio in Much Ado About Nothing, Bassanio pretending he had money in The Merchant of Venice … I could see the literary value of it: it highlighted the difference between appearances and reality; it made some attitudes more culturally acceptable; it helped express difficult feelings. However, I was irritated by characters tricking those who loved them.

Also, I couldn’t really fall for the trick:  would you not recognise your best friend if they were wearing a wig and a pair of trousers?

I was brought up in a cultural environment where I was encouraged to be myself, fully myself. Was it due to being brought up in a Latin country, or a class thing, or a generational influence? In the 90s and 2000s, Oasis told us in their cool, attractive style: “You have to be yourself, you can be no one else.” Being oneself seemed to be the normal thing to do.

But moving to a different culture, specifically the UK, made me realise that expressing one’s identity was not a given. English culture has its benefits: maintaining a stiff-upper-lip at work can be more appropriate; holding back on one’s views for fear of offending loved ones can, sometimes, be an act of respect.

By contrast, my own Latin culture can sometimes be blunt; being too assertive can hurt our interlocutor. But at least, we allow people to see our genuine, full-on nature – no holding back!

We give you all the bad and the good at the same time; you have all the information needed to decide if you still want to be friends.

Obviously, there are other reasons why people – regardless of their culture – cannot always be their full self. Parenting or work can sometimes take over parts of our identity. There is just not enough time left to nurture our personality. This can be felt strongly when teenagers leave the nest, or when we go on holiday, and we start wondering … what do I want to do now? Who am I?

Losing one’s sense of true self can also happen through social pressure. In Shakespeare’s As you Like It, Rosalind’s gender disguise allows her to act in ways that society at that time would have opposed.

However, other disguises can go against our own nature. For instance, hanging out with the wrong crowd can make us do things which do not reflect who we are. How many teenagers, students, and even colleagues, end up drinking to excess not because they enjoy it, but because they try to blend in?

Social media, self-help gurus, or ads promising well-being by sticking to a specific lifestyle, sport or diet, also make it easier to get carried away. Sticking to people who have the highest number of ‘likes’, rather than people who make us happy and love us, is another big temptation in this day and age.

Making a mistake once in a while is OK and even unavoidable. The main risk is that a series of small choices (who to hang out with, what activities to choose) can lead us down the wrong path, almost accidentally turning us into someone else without us noticing!

Have you ever felt like Alice trapped in Wonderland, lost at the Mad Hatter’s tea party just because you didn’t say no (to other people, or to your own curiosity) at the right time?

Yet, being true to oneself, and being true to others, is essential to mental health and happiness. Hiding behind the bush can only generate anxiety, frustration, and resentment. Severus Snape, in Harry Potter, illustrates how the lack of openness turns into darkness, depression and isolation.

Looking at famous counterexamples, we can see how being oneself can lead to personal freedom and joy. Mulan fights against social conventions and revels in the military, against all odds.

Being our true self is also essential to find happiness in relationships.

To experience the joy of being loved, we must be able to put our real self forward, without hiding behind a wall.

Revealing our true nature is also a gift to people who might want to step up and offer their love. The pain of missing out on relationship because the other person wasn’t being their true self is poignantly described by the rock band The Kooks, in their song Sway:

So how do we make it happen?

The inspirational quote “Be yourself; everyone else is already taken”, wrongly attributed to Oscar Wilde, has been shared so many times on social media that somehow it has almost lost its meaning. I would say it is about time to reclaim it, not as a catchy slogan, but simply, as a basic truth.

What practical steps can we take, once we realise the importance of being our true self?

Literature and films have often portrayed the quest for one’s identity as a solemn, soul-breaking process. Actually, taking ownership of ourselves should be joyful. It’s about doing more of what makes us feel good.

Keeping an open-mind, trying new activities, experiencing different approaches and groups, can be a good start. To define our tastes, we need to compare experiences, until we find the right match.

Asking ourselves questions, and being curious about ourselves, also helps. Was this experience fulfilling, did it bring joy? How does it compare to other experiences? What makes me feel alive? What do I want more of in my life?

The first part of this process is about being honest with ourselves, discerning our tastes, and accepting them. It is also important to realise that being our true self is being our best not our worst selves. Giving into laziness, lust or selfishness, for instance, is not being our true self. We might precisely have to fight against our baser instincts to be the real people we were meant to be, with victories and defeats perhaps, but not giving up.

The other side of the coin is about being honest with others.

Assertiveness can have a negative connotation in some cultures, where the word can be (wrongly) linked to aggressiveness, dominance, or a macho-type attitude.

Actually, the etymology of the word, coming from the Latin assertus, is about claiming or appropriating something. Taking control of oneself is not detrimental to others. It’s only about becoming fully comfortable with one’s ideas, hopes, and values.

Hence sports can help shy people to be assertive – many sports icons are introverts, but being on the field of contest helps them assert their skills. For instance, basketball player Kobe Bryant was able to overcome his shyness on the court, thus leading his team to victory.

Sometimes, being assertive can be as easy as accepting the outstretched hand! True friends will always encourage you to be your true self, as in the famous Nirvana song Come As You Are: “Come doused in mud, soaked in bleach, as I want you to be.”

Hear these calls! answer yes to them.

Making the leap of faith can be scary. It can be hard sometimes to trust that people will truly love us if we really open up. These inhibiting thoughts probably come from our upbringing, or from life experience. We might have not been taught about unconditional love in the past; but it is real, it exists.

It’s important to distinguish between love and agreement.

Friends might disagree with our views; they might have different tastes, and express it out loud (if they’re assertive). However, love is not about agreeing on everything; it’s about being good to each other, with respect and mutual care.

Therefore: say it! Say what you think to your friends. Guide them (they can’t read your mind) by saying what works for you, what you need, and what you enjoy. Help them know who you are so they can support you accordingly.

The other common misunderstanding is to think that we should fully align our views and values with those of our loved ones, almost as if we had to ‘take it or leave it’ to make the relationship work. Actually, relationships involve a degree of flexibility, which only comes through sharing our thoughts and negotiating differences.

Oftentimes love involves doing something we don’t particularly like, without making our distaste known. But other times it’s OK to say to a friend, “You really want to go to this place? It’s not my favourite activity, but I’ll make the effort for you this time, because I care for you.” Or “I don’t mind doing it together today, but could we try to do something else next time? I’d really prefer it.”

Relationships are constant negotiations between two identities (or more, if it’s a group). And they work when there’s openness, respect, and positive communication. If that’s the case, then, the negotiations are not draining; they’re about mutual curiosity and support.

Being able to communicate openly with others and with oneself is necessary, because identities change.

Being ourselves is a journey more than a fixed mindset. Like software, it requires regular updates.

A retreat facilitator once encouraged me to write my life story regularly – for instance, every other year. Initially, one might think: “Wait, it’s my story, my past, it won’t change, right?” Actually, it does: the way we look at our past, the way we look at ourselves, evolves over time, according to experience, encounters, and discoveries.

Therefore, it’s useful to sit down with oneself, a pen and paper (or keyboard), and ask oneself: what is my story? Have I changed, and how so? Are there things I used to like which I no longer enjoy? Should I stop doing this if it no longer brings joy? Are there new activities, or people, bringing joy, and which I should focus more on?

This is the work of a lifetime. It’s exciting to explore, and, hopefully, with the right people around us, it’s also exciting to share.

It’s also the foundation of inner peace and peace with others. As Frank Sinatra sang: “For what is a man, what has he got, if not himself, then he has naught?”

To be your true self is both to challenge yourself to be your best self and to enjoy being yourself. It’s that blend of being comfortable in ourselves and striving to be better versions of ourselves. It’s also realising that we are only truly ourselves when we establish meaningful and generous relationships with others. We are only ourselves by coming out of ourselves. It’s all this and more, knowing that authentic selfhood is never selfish but always self-giving.