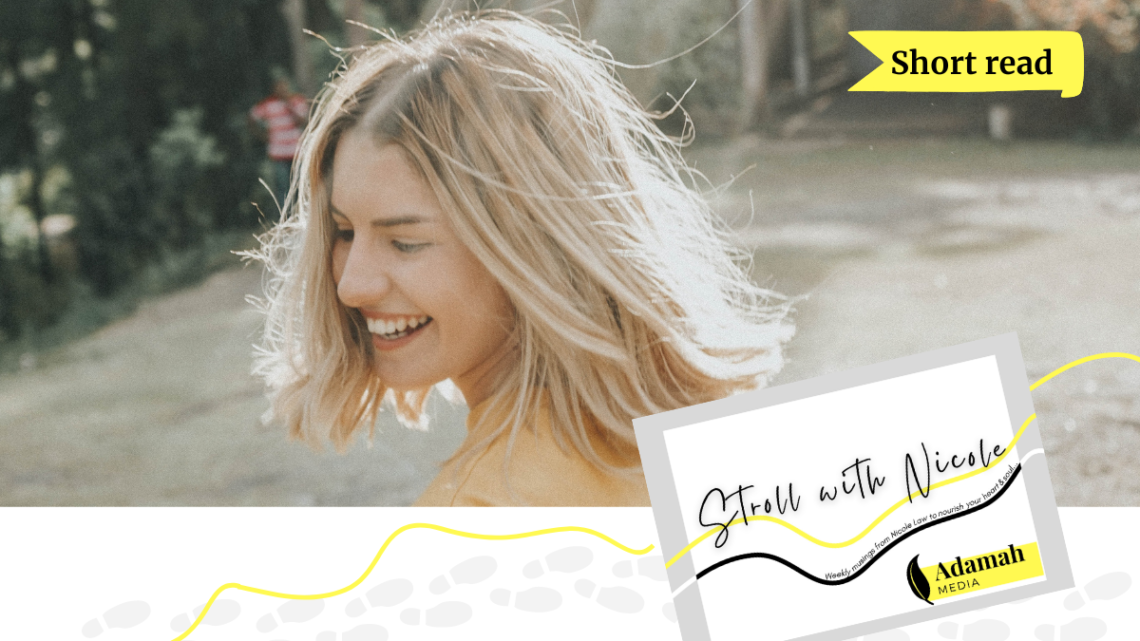 Nicole Law walks the tightrope between living up to expectations and pulling down the shutters.

I recently watched a local play called The Fourth Trimester with a female friend. It centred around the stories of young people – not unlike myself – struggling with the ideas of marriage, settling down and parenthood.

If truth be told, I didn’t expect much from the play at the outset. The promotional images, depicting a young couple in the throes of exhaustion as they navigated the first three months after the birth of their baby boy, were hardly enticing. But I went along anyway.

I found it hard to relate to the life stage that they were experiencing at first but as the play progressed, I was pleasantly surprised and challenged in unexpected ways. Having not seriously considered myself what marriage and parenthood entail, witnessing the domestic drama play out on stage was a primer in the joys and struggles of building a life and a home with someone you love.

The two main characters are – in a sense – ‘battling’ with their newborn, who cries incessantly. The mother attempts in vain to breast-feed the child and her husband encourages her to consider feeding the child formula milk instead. She recoils at this suggestion, exclaiming: “I don’t want to be a bad mother. What will people think of me?”

Although I have no personal experience of being a mother (yet), I understood what she meant. The same worries and fears play out for every woman at various stages of her life. When held to an ‘ideal’ standard, we find ourselves falling short, and as the character herself admits: “I feel like a failure as a woman”.

This sense of failure stems from external and self-imposed standards of what being a woman should involve.

There is an unhealthy competition, even between women, to ‘outdo’ each other instead of supporting each other – to be a better girlfriend, wife and mother.

But where does this competition arise from?

Perhaps it’s a fear of truly living out our individual femininity. Contrasted against the main female character in the play were her best friend – a single and free-spirited career woman who resists societal pressure to ‘settle down’ – and her best friend’s sister, the ‘perfect’ wife and mother who gives up her career to raise her kids.

In the former, I could see various shades of myself and friends I know – women who aren’t completely sure of whether marriage or motherhood are, or should be, on the cards for them and who value our independence.

The ‘successful career woman’ character struck me as a complex personality. At first she seems to be very detached from the constant questions about her relationship status – a free spirit who is happy in her career and the freedom she enjoys. But as the play progresses, we see her fearful and vulnerable side come to the fore as we learn how an old relationship ended when she realised the starkly different life goals which were emerging between her and her then-partner.

The “I can’t be bothered” attitude is something many women can identify with – for those of us who feel drawn to the ideals of marriage and motherhood, the limbo we find ourselves in may leave us feeling confused.

In an effort to protect ourselves against disappointment or to avoid acknowledging the strength of our desire to be a mother, we become detached.

We know that becoming too invested in any person or idea will leave us vulnerable to disappointment.

Yet, the beautiful thing I learned from the play is that we can hold this desire to be independent within our hearts while still remaining open to the possibility of deep and meaningful relationships, whenever they might arise in our lives.

The play itself holds these and other tensions gracefully together: the exhaustion of the new parents; their neighbours who are struggling with infertility and its effects on their marriage; the apparent ‘failure’ at being a mother; and the less than perfect realisation of the ideal of having house, children and husband in delicate balance … all are well exposed.

Observing the tense relationships being played out on stage gave me an intimate insight into how marriage itself goes far beyond the high of the wedding day. A few times in the play, a singular question is uttered by one of the characters – “Do you still love me?” This may seem absurd, yet it’s also poignant.

Two people committed to each other in the bond of marriage should love each other, shouldn’t they? The truth is, love itself is more than a feeling; it’s a daily decision to push through the difficult moments – in giving your spouse a gentle squeeze on the hand over the dinner table, in putting the kids to bed when you find your wife sprawled in exhaustion, and choosing to sit down and hear her out when she pleads: “talk to me, please”.

These moments of quiet intimacy almost made me feel like I was intruding on something very personal to these characters, watching them as they thrashed about, trying to mend their relationships with one another and to find a way forward. The clash of opinions over what is expected of a mother – a natural birth, to breast-feed her child, to prioritise always the needs of her child above her own, the reality of epidurals and formula milk, and the need for a rest day every so often, present an accurate portrayal of the broad issues which women face today.

I gleaned my fair share of infant care strategies, marriage tips and sobering life lessons from the three hour long play. Aptly named The Fourth Trimester, it reminded me of the ‘try-ing’ nature of adulthood, from living life as a single person to getting married and finally to parenthood. It’s a constant trying and trying again.

I appreciated that no one route or decision was presented as the ‘preferred’ option but rather the challenges of each were presented truthfully and sensitively. At various points in the play, I felt a strong sense of resonance – a lot of my fears about marriage and parenthood were given a voice as well as the struggles of being a woman that is expected to ‘do it all’.

Each woman in the play wears exhaustion on her face for different reasons.

The stress of caring for a newborn, of juggling the domestic duties with the demands of a career-focussed husband, or of fending off well-intentioned friends and family meddling in your personal affairs … all take their toll.

Outside of this exhaustion, what affects each character, and perhaps all of us, are the relationships we share, with a boy or girlfriend, or spouse, and sometimes with our female friends and support networks. This is the beauty of female friendship – supporting another woman to reach her full potential, sharing beauty secrets or serums, or relationship advice, or prayers, or just our time and presence.

How much poorer we would be and how much meaning would be absent from our lives if we did not continue to cultivate and deepen our friendships, female or otherwise. Truly what gets us through each of life’s try(mesters) is the love and support of the people who always have our back and who are willing to hold our hand through the blood, sweat and tears of carving out a life worth living.

Even in the labour pains of the current try(mester) we are living through, we can learn to lean on those who love us and let ourselves be carried gently to kinder and more forgiving shores.