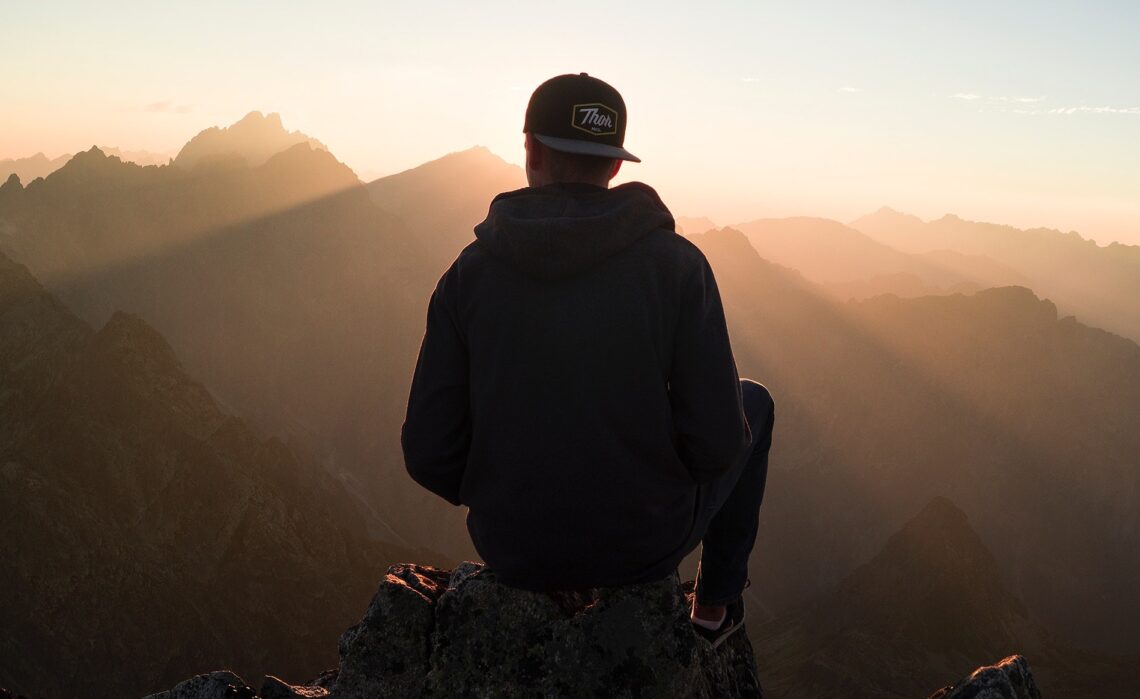 Whether it’s selling ourselves in an interview, meeting a new friend or updating our CV, we’re surrounded by variations of the same question: “Who are you?”

Despite the saying “you know yourself best”, answering this is far from simple, especially at a time when the way you identify yourself could make or break your experience of the world.

It’s impossible not to ponder the paradoxes in our personalities, the weaknesses that keep us up at night or the strengths we desperately wish to display. Picking the right adjectives we would like to see attached to our name and finding the perfect groups to belong to can all feel extremely fulfilling. I confess that I place great importance on the words I choose to convey who I am.

Certainly there’s a plethora of subcultures, communities and movements we can join or align ourselves with, and this sense of belonging can strengthen our feelings of self-worth. This matters because the journey of self-acceptance and the empowerment of finding value in our uniqueness may be one of the most important transformations a person undertakes. But what worth does this have if ultimately we use it to keep apart from others?

Although it’s important to accept, cultivate and in many cases define our identity, latching onto the categories we fall under may not be especially helpful. The boxes we pick for ourselves shouldn’t be all that we see in ourselves.

Yet so often people brandish their identities like weapons, finding offence in even the most marginal steps into their personal space.

Quite recently we’ve seen this in the protests against face masks, where people upheld their personal convictions at the expense of a nation’s health. Even in the everyday issues of prejudice, racism, intolerance, amongst countless others, the underpinning notion in the mind of the perpetrator is often that another person’s way of thinking offends our identities enough to warrant us doing them harm.

Mindsets like this are by no means anomalous. There will be many such cases in our own lives, if we look close enough, where we were quick to take offence from something as simple as a disagreement. Regardless of what this may be, we should always be vigilant in preventing our self-worth from becoming self-entitlement, and recognise that our egos do not always have to be in the firing line.

Nonetheless, becoming reactionary after a boundary is crossed is entirely understandable, even expected, but the more complex our sense of self the more boundaries we may develop – are we going to be reactionary to them all? The more we self-define our identities – adjectives, opinions, groups – the harder it becomes to differentiate whether an opposing belief is inherently wrong, or if it’s simply just another valid conviction.

Criticism through the eyes of an inflated ego is seen not just as reproval of some aspect of their thought or behaviour but as a personal attack on who they are. How sad this is, for in truth, to discover a point of disagreement with someone is to discover a seedbed for the exchange of ideas, a place where you can develop your opinions and either come to further solidify your own boundaries or realise that they may be worth conceding.

When stumbling upon opposing beliefs, rather than default to reasserting who we are, we should allow ourselves the chance for growth and reflection irrespective of the conclusion that is ultimately reached. This openness to adapting our previously held opinions will lend itself to a clarity of mind, after which we can better evaluate whether the situation indeed calls for persistence in our conviction, or if the social disharmony arising from that will disproportionately outweigh a small compromise.

There are many stories of people who achieved success by refusing to stand down, whether it was in amassing great wealth by a means that was once seen as futile, or a political triumph obtained after years of toil. Equally, stories of deep personal sacrifice for the greater good are abundant in news, films, books and folk tales.

But it’s also worth remembering that there is no singular position we can irrefutably maintain that will guarantee we always reach the best outcome, meaning that although the effort we take to uphold our identity may seem valiant to us, it could just as easily be in vain.

Instead we should seek to sustain a personal balance between the two – conviction and compromise, self-assurance and sacrifice – and understand that both resistance and dissent or agreement and consent can be just as productive as each other.

The need to compartmentalise, define and judge the extent to which others align with us does not have to be a byproduct of our forming identities, nor a reason to disengage with anyone who doesn’t fall into the same categories as us.

By respecting that a person’s thoughts are the product of a collection of experiences as complex as our own, we can remind ourselves that the spaces we have adopted do not belong to us alone, just as the meanings we give to things aren’t always shared.

For ‘I am because you are’, as the South African philosophy Ubuntu wisely states. It is not simply love that can tie us together, it’s every single achievement any one of us makes that helps to propel us all to a better future. It’s through the humanity of others that we can find ourselves, or in the wordings of the Catholic document Gaudium et Spes, man ‘cannot fully find himself except through a sincere gift of himself’.While the question of who we are may press us to find succinct answers, it’s often the hard-to-word and undefined parts of us in which we relate the most truths. It’s through seeing these similarities that we can adopt the flexibility needed to cater for our differences, with a sense of fulfilment and peace in the knowledge that everything we do is, ultimately, in some sense, communal.

A lover of the magical, Roshaney Aftab is a gap year student who whiles away her time indulging in her far too many interests, from reading about Greek mythology, watching and wearing all things historical, to exploring the nooks of nature in her neighbourhood. Never shying away from a philosophical discussion and being the optimistic activist she is, Roshaney plans to study Politics and International Relations at the University of Manchester this year.