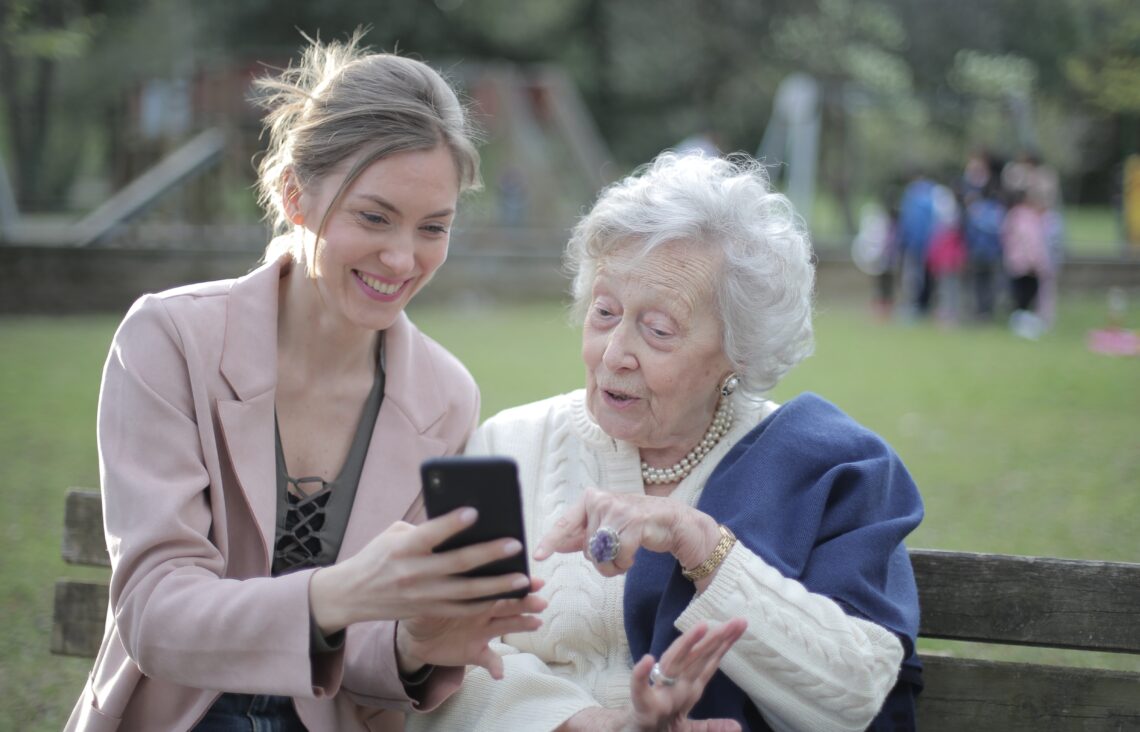 “Everything beautiful that a society has is related to the roots of the elderly”, argues Pope Francis.

The elderly are often seen as ‘a burden’. In the dramatic first phase of the pandemic it was they who paid the highest price. They were already the weakest and most neglected group: we did not notice them too much when they were alive, we did not even see them die. I also found this Charter on the rights of the elderly and the duties of the community: this was edited by governments, it is not edited by the Church, it is a secular thing: it is good, it is interesting, to know that the elderly have rights. It will be good to read it.

Together with migration, old age is one of the most urgent issues facing the human family at this time. It is not just a question of quantitative change; the unity of the stages of life is at stake: that is, the real point of reference for understanding and appreciating human life in its entirety. We ask ourselves: is there friendship, is there cooperation between the different stages of life, or do separation and being discarded prevail?

We all live in a present where children, young people, adults and the elderly coexist. But the proportion has changed: longevity has become a mass [phenomenon] and, in large parts of the world, childhood is distributed in small doses. We have talked about the winter demographic as well; an imbalance that has many consequences.

The dominant culture has as its sole model the young adult, that is, a self-made individual who always remains young.

But is it true that youth contains the full meaning of life, while old age simply represents its emptying and loss? Is that true? The exaltation of youth as the only age worthy of embodying the human ideal, coupled with contempt for old age, seen as frailty, as decay or disability, has been the dominant image of 20th-century totalitarianism. Have we forgotten this?

The lengthening of life has a structural impact on the history of individuals, of families and societies. But we must ask ourselves: are its spiritual quality and its communal sense objects of thoughts and love that are consistent with this fact? Should the elderly perhaps have to apologise for their stubbornness in surviving at the expense of others? Or can they be honoured for the gifts they bring to everyone’s sense of life?

In fact, in the representation of the meaning of life – and precisely in so-called ‘developed’ cultures – old age has little incidence. Why? Because it is regarded as an age that has no special content to offer, nor meaning of its own to live. Moreover, there is a lack of encouragement for people to seek them out, and there is a lack of education for the community to recognise them. In short, for an age that is now a decisive part of the community space and extends to a third of the entire life span, there are – at times – care plans, but not projects of existence. Care plans, yes; but not plans to let them live to the full.

Youth is beautiful, but eternal youth is a very dangerous hallucination. Being old is just as important — and beautiful — it is equally important as being young.

Let us remember this. The alliance between generations, which restores all ages of life to the human, is our lost gift and we have to get it back. It must be found, in this throwaway culture and in this culture of productivity.

The Word of God has much to say about this covenant. [Let us hear] the prophecy of Joel: “your old men shall dream dreams and your young men shall see visions” (2:28). It can be interpreted as follows: when the elderly resist the Spirit, burying their dreams in the past, the young can no longer see the things that must be done to open up the future. When, on the other hand, the old communicate their dreams, the young see clearly what they have to do.

Young people who no longer question the dreams of the old, aiming headlong at visions that do not go beyond their noses, will struggle to carry their present and bear their future. If grandparents fall back on their melancholies, young people will look even more to their smartphones. The screen may stay on, but life will die out before its time.

Isn’t the most serious backlash of the pandemic precisely in the sense of loss of the young? The old have resources of life already lived that they can call upon at any moment. Will they stand by and watch young people lose their vision, or will they accompany them by warming their dreams? Faced with the dreams of the old, what will the young do?

The wisdom of the long journey that accompanies old age to its close must be experienced as an offer of meaning to life, not consumed as the inertia of its survival. If old age is not restored to the dignity of a humanly worthy life, it is destined to close itself off in a despondency that robs everyone of love. This challenge of humanity and civilisation requires our commitment and God’s help. Let us ask the Holy Spirit for this.

With these catecheses on old age, I would like to encourage everyone to invest their thoughts and affections in the gifts it carries with it and to the other stages of life.

Old age is a gift for all stages of life. It is a gift of maturity, of wisdom.

The Word of God will help us discern the meaning and value of old age; may the Holy Spirit grant us too the dreams and visions we need.

And I would like to emphasise, as we heard in the prophecy of Joel, that the important thing is not only that the elderly occupy the place of wisdom they have, of lived history in society, but also that there be a conversation, that they talk to the young. The young must converse with the elderly, and the elderly with the young. And this bridge will be the transmission of wisdom in humanity.

I hope that these reflections will be of use to all of us, in order to carry forward this reality that the prophet Joel spoke about, that in the dialogue between the young and the elderly, the elderly can provide dreams and the young can receive them and carry them forward. Let us not forget that in both family and social culture, the elderly are like the roots of a tree: they have all the history there, and the young are like the flowers and the fruit. If the juice does not come, if this ‘sap’ – let’s say – does not come from the roots, they will never be able to flourish. Let us not forget the poet I mentioned many times: “That the blossoms on the tree/Draw life from what lies buried beneath” (Francisco Luis Bernárdez).

Everything beautiful that a society has is related to the roots of the elderly. For this reason, in these catecheses, I would like the figure of the elderly to be highlighted, so that it be well understood that the elderly are not  throwaway material: they are a blessing for society.

This is a slightly edited and abridged version of a catechesis (i.e. teaching) by Pope Francis on the value of the elderly in society. It is the first of a series. We will publish the second in the series next week. For the original catechesis, click here. To read past and future catechesis, go here.

Pope Francis is the Bishop of Rome and the head of the Roman Catholic Church.