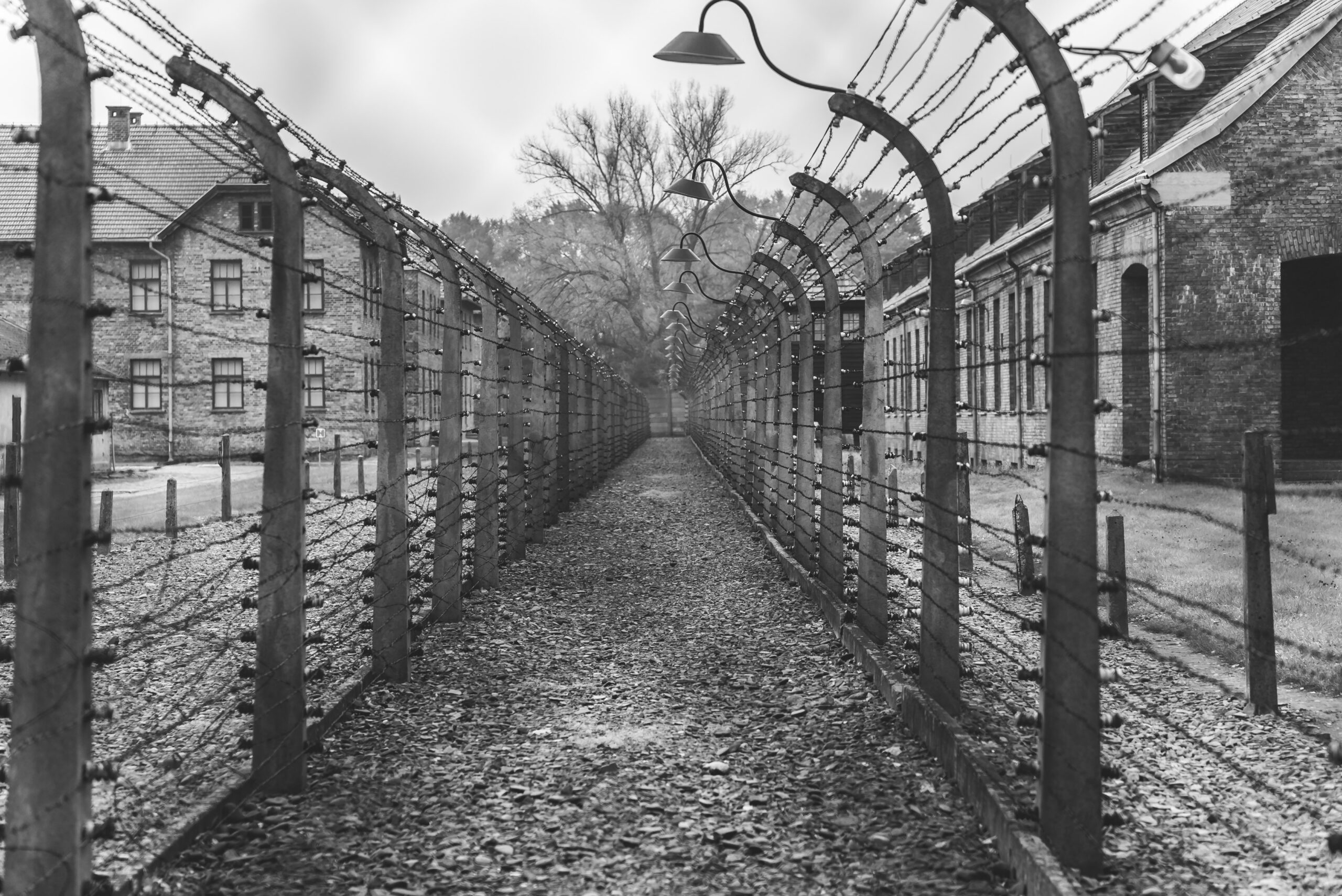 Ronnie Convery is shocked by the minutiae of a death camp and its hideous attention to detail.

There are many reasons not to write what follows.  I have been avoiding it for weeks. The reason? I’m afraid of the topic I’m going to write about. Afraid of not doing it the justice it deserves. Afraid of the awfulness of its content.

I have been a journalist for 32 years. I have written for newspapers and TV. I have reported from murder trials and scenes of tragedy. But, until last month, I had never visited Auschwitz.

The compulsion (desire is too frivolous a word) to visit the ultimate ‘anti-shrine’ was born early.  My mother was a girl during World War II. And in old age she recalled her shock when, during an interval at some film in the local cinema, the newsreel showed the liberation of the death camps.

For those of us who have grown up with such newsreels playing in the background of our daily consciousness, it is still a shock to see the black and white images of skeletal sacks of humanity, of children and elderly folk being hurried along to the chambers of death, of the mechanical diggers piling limp naked corpses, one on another, in a grotesque pyramid of tortured flesh.

But for my mother and her generation, those images were NEW.

One can only imagine the sheer shock, disbelief, horror and revulsion which must have gripped those who saw the evidence first hand or via newsreels.

She would speak about it in old age, still moved – literally – to tears. Maybe that was where the compulsion to visit the place for myself was born.

So I have felt for a long time that I should see for myself what happened. I can watch films which examine the event from every human angle. I can tweet the names and faces of the victims as supplied by the good people at @AuschwitzMuseum, but nothing could match going there. Visiting the place. And so I went.

When I crossed through the Arbeit Macht Frei gateway birds were singing.  It was a warm late summer day. The surrounding countryside was beautiful … tame, gentle, full of life, its soft verdant folds welcoming. The irony lay heavy in the still air.

Inside I  joined the obligatory ‘tour’ to see all the horrors which have been somehow ‘tamed’ by repeated showings on TV documentaries …the mountains of spectacles, the piles of human hair, the double barbed wire and electric fences and the small – painfully banal in their dimensions – furnaces where the Nazis cursed and spat fury at the slowness of the process of burning human flesh and dispersing human bone in the early days.

But it was the minutiae which struck me. The barbarous detail of Auschwitz and its nearby industrial killing plant of Birkenau.  What follows is an attempt to go below the big numbers and big adjectives, to try to imagine the daily detail which must have corroded so many minds and spirits just as viciously and mercilessly as the beatings, starvation and torture corroded the flesh.

the mental torture of not knowing if one’s loved ones are alive or dead, well or sick, frightened or calm … can you imagine such torture when applied to your son and daughter, spouse, mother, father, brother, fiancé, best friend, neighbour?  The multiplication of anxiety must have been unbearable for the few who lived beyond the instant selection for gassing.

at most prisoners were allowed a bath twice a year.  They lived in huts, often without toilets. They had been transported in trucks with just a bucket to contain the faeces of 80 cramped souls on a dark enclosed journey that could have lasted a week.  Toilet paper didn’t exist.

Those chosen to ‘live’ were forced to sleep three, four or five to a shelf (to call the sleeping spaces ‘beds’ would be an injustice) just to avoid the rats scurrying about the floors and the icy moisture seeping through the earth and through their skin. Think for a minute of the small torture of smelling one’s own sweat after a sports event or the stench of a shirt after it has been stained by one’s own vomit … and multiply that experience 1000 times.

The Nazis were expert at humiliating their victims. The pyjama suits, the number to replace a name, the ritual beatings which were required viewing even for those not personally subjected to the bruising thrashing cane.  I put my head round the door of a small room – perhaps three metres by four. This was the room in which women who had been sentenced to death at trials held at a cheap wooden table next door (trials which averaged two minutes in length) were sent to strip before execution. They were shouted at. “Leave your clothes in a neat pile …” and then they were dragged, naked, by the hair, to the death wall, where bored Nazi ghouls fired bullets into the back of their head until they were reasonably sure they were dead, between draws on a cigarette. Even in dying humiliation was rigorously imposed.

I noticed a small fence with the word “Alt” painted black on white wood. Utterly unremarkable until the guide explained that this sign would have been manned by camp guards to prevent prisoners throwing themselves against the electrified railings to commit suicide rather than carry on living in the hell of the camp.

I turned away and my eye caught sight of a high metallic structure rather like a clothes rail … in fact it was the mass gallows, sited in full view of the roll-call square where prisoners would be forced to stand for hour after hour after hour after boring, freezing, terrifying hour if someone went missing.  Pour décourager les autres men and women would be selected to be hanged in full view of the petrified masses while they waited.

I winced at the extraordinary professionalisation of torture and death by the staff and commanders of the camp. As mentioned before, Birkenau was built because although it was easy enough to kill at Auschwitz, it was taking too long to burn the bodies. The new facility was planned with efficiency in mind. But once more it is the detail which clings to me like a ghastly odour … Guards would shoo unsuspecting victims to the gas chambers, assuring them they were shower units. The cruel farce was rigorously maintained by making a fuss that the unsuspecting victims should leave their suitcases in neat piles and that they should leave names on all items of clothing for later collection.

Then the naked, embarrassed, often shivering crowd would be divided. Small children in first … “That’s it … go ahead, right up to the back wall.” Now the grandparents … “yes, keep going, tight up against the children …” Older adults filled the next section of the death room, and then the teenagers and 20-somethings were ordered to squeeze in and squeeze up, to push the others further in because space was so tight.

The aim was quite simply to maximise the number of deaths each session, the result was that people were crammed so close they could barely breathe even before the poison gas capsules were dropped in through the roof, killing those close to the spot where they landed within two minutes, but taking 20 to reach those in the corners, choking and desperate in the pitch dark as they realised what was happening to their kin just yards away.

I could go on listing the litany of agonies which formed the subsoil of the Great Agony of the holocaust or Shoah.  But enough is enough … a visit to Auschwitz is not an excuse for the fetishisation of what Robert Burns called more than 200 years ago “man’s inhumanity to man”.