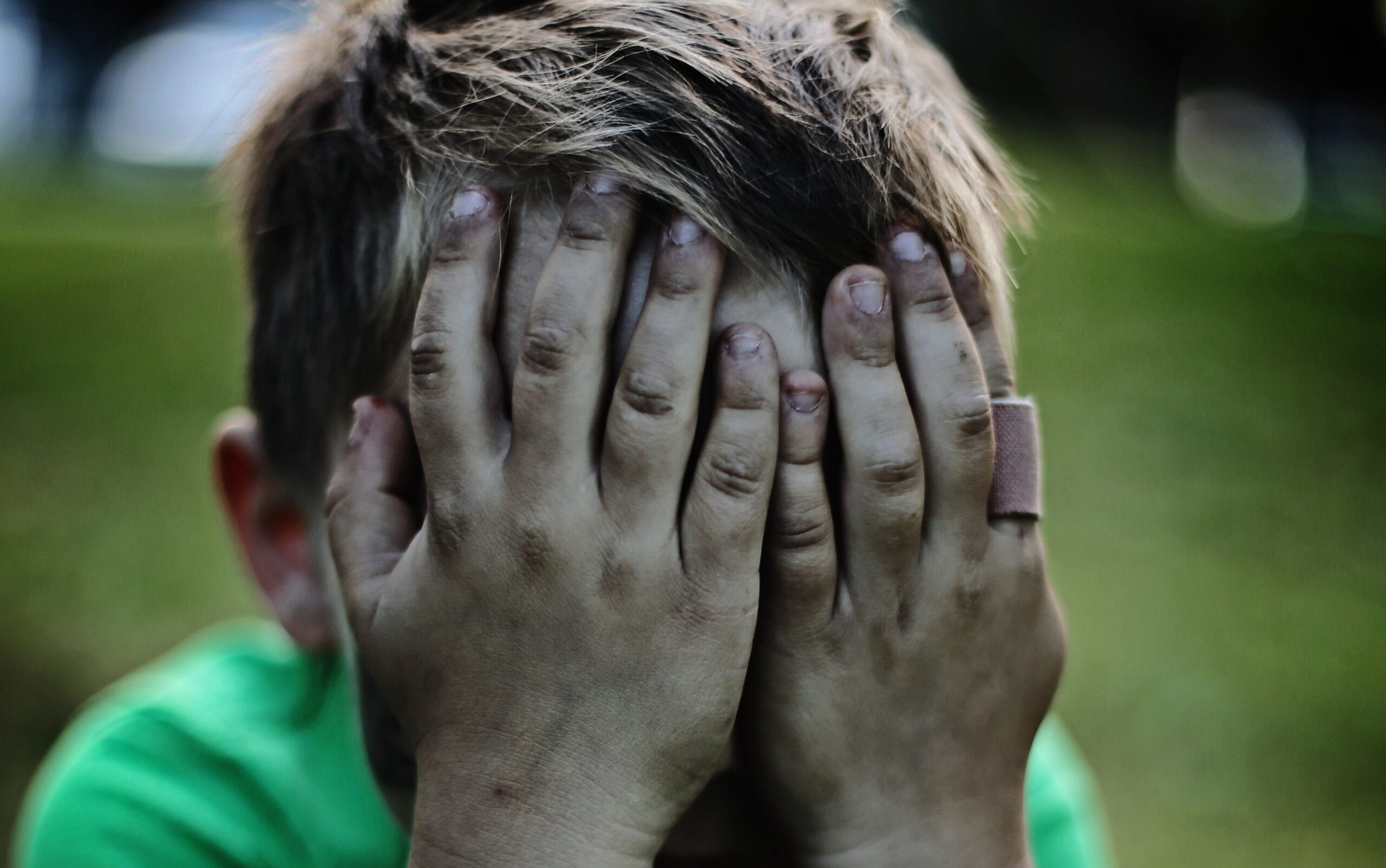 The problem of the sexual abuse of children initially came to widepublic attention within the United States in 2002, through a series of investigative news stories on clergy sexual abuse – and efforts to cover it up – within the Catholic Church.

Thousands of painful and horrific cases have come to light since. And over the past two decades it has also become evident that child sexual abuse is a global crisis, afflicting the Catholic Church from Ireland to Australia, and besetting many other faith traditions as well, from the Southern Baptist Convention to the Church of England and Orthodox Judaism.

The lack of transparency and mismanagement of this issue have yet further harmed victims, and have led many to question their faith or leave outright.

All agree that these instances of sexual abuse ought not to have happened. Much work remains to be done, however, to address the wrongs that took place, to facilitate justice, and to bring healing.

Many religious institutions have begun to take steps to help better safeguard children. In 2002, the US Conference of Catholic Bishops published a Charter for the Protection of Children, which established norms for safeguarding children including an independent annual review of the Church’s progress.

In 2015, Pope Francis launched the Papal Commission for the Protection of Minors, which is composed of leading child abuse experts from around the globe, who work collaboratively with the Vatican to develop safeguarding programs and policies for Catholic institutions. The Church of Latter Day Saints, the Episcopal Church (USA), and the Southern Baptist Convention, among others, have also established comprehensive training and child safeguarding programs.

These are significant developments, which will have a lasting impact on these institutions and help to prevent future abuses. Indeed, rates of abuse within the Catholic Church, for example, appear to have decreased rather substantially since 2002.

Just as the media did important work in uncovering these problems, it should also highlight and encourage the work that has been done in trying to find solutions.

However, the more recent successes that have taken place with prevention do not excuse the wrongdoing of the past, nor do they heal those who have already suffered, or bring justice to the victims, but they are important steps in the transition from a culture of secrecy to one of prevention, accountability, and transparency. They help ensure that such things are less likely to happen again, even though more work remains to be done.

Child sexual abuse is, of course, a pressing issue outside the religious context as well. Non-religious organizations have faced abuse crises of their own: in recent years, there have been widely publicised reports of child sexual abuse in, among others, primary and secondary schools, the U.S. Gymnastics Association, and the Boy Scouts.

The prevalence of pedophilia in the adult male population is estimated at 5%, which is similar to, or in some cases greater than, estimates of abuse among Catholic priests (which have been estimated at 4% in the United States, 4.4% in Germany, 7% in Australia). According to the Centre for Disease Control (CDC) approximately one in four girls and one in 13 boys experience child sexual abuse at some point in childhood (perpetrated, in 91% of cases, by a family member or someone close to the family).

Because of the perceived shame, stigma, and fear associated with their experience, 60% or more of victims never disclose their abuse.

If they do not get the help they need to heal, these individuals may experience long-term consequences to their physical health, mental health, and well-being.

The fact, however, that this problem is widespread in no way excuses what has taken place within religious communities. Such communities – in their calling to provide moral exemplars, to reflect upon and promote high ethical standards, and to point towards the highest goods, towards God and the transcendent – should be held to especially high standards of accountability.

Much work remains to be done. Research is needed to continue to uncover the extent of the problem, to determine the best strategies for prevention, to assess the best approaches to healing, and understand how this might vary by context and person. While considerable progress has been made in improving efforts for prevention, we know much less about, and arguably fewer efforts have been made towards, providing healing for those who have previously suffered abuse.

Communities need to be able to share best practices. The best thinking from psychology, counseling, public health, ethics, and moral theology needs to be brought together to help shape the most effective approaches to healing and prevention.

Perhaps more subtly, we also need to better understand the forces that have created these problems to begin with.

Human sexuality, in and of itself, is a tremendous good. Handled properly, it of course is responsible for future generations and the continuation of civilization. Sexual intercourse, moreover, has an extraordinary power to bring about an intimate union between two people. And sexual union can bring such intense pleasure and joy. Yet its very power and our strong desire for this pleasure is also what arguably allows it to be so easily corrupted.

When what is sought is not life-giving union, but simply the use of the other as an instrument for one’s own satisfaction, sex can also become a source of dehumanizing oppression and violence.

Indeed, it is this corruption that we see in the sexual abuse scandals.

As we seek to discern the paths toward preventing and healing child sexual abuse, it will be crucial to understand the power of sexuality, the societal conditions that lead to its corruption, and even its relation to the difficult but often noble calling of a life of celibacy devoted to the service of others.

Healing and justice for victims are paramount, though they are too rarely sought, and even more rarely achieved. More work thus needs to be done to bring justice, and to bring healing.

Perpetrators must face justice, but they may also stand in profound need of healing and reform. The crimes they commit are an indication that something has gone terribly wrong in their hearts and minds. Healing is also needed for those who may have been alienated by the abuses that took place. Healing is needed too for the communities which have been injured by abuse, and for our society’s broader attitudes toward sexuality.

To begin to better understand this complex web of forces and harms, and to find the right paths forward towards healing and prevention, The Human Flourishing Program at Harvard’s Institute for Quantitative Social Science is organizing a symposium this month “Faith and Flourishing: Strategies for Preventing and Healing Child Sexual Abuse.”

This event will provide participants with a unique opportunity to engage with scholars, public health and mental health care professionals, child abuse prevention experts, and religious leaders of diverse faith traditions to share experiences, discover new resources and identify strategies they can implement to prevent child sexual abuse and foster healing for survivors of abuse in their communities.

A single symposium can only go so far in addressing problems of this complexity. However, it is to be hoped that these discussions, which are too often conducted either in fearful whispers or bitter invective, would benefit from a patient, truthful, and humble discussion.

We need more open sharing of stories, of research, of ideas, and of best practices to bring better prevention strategies and facilitate further work on this critical topic, bringing healing to victims, to religious communities, and to society at large.

Such healing should empower religious communities, and all institutions serving children and dedicated to promoting flourishing, to better and more safely carry out their important work.

* This is a slightly edited version of an article which first appeared on the Psychology Today Human Flourishing Blog.

The Human Flourishing Program at Harvard’s Institute for Quantitative Social Science aims to study and promote human flourishing, and to develop systematic approaches to the synthesis of knowledge across disciplines. You can follow them on Twitter here.

Tyler J. VanderWeele, Ph.D., is the John L. Loeb and Frances Lehman Loeb Professor of Epidemiology in the Departments of Epidemiology and Biostatistics at the Harvard T.H. Chan School of Public Health, Co-Director of the Initiative on Health, Religion and Spirituality, faculty affiliate of the Harvard Institute for Quantitative Social Science, and Director of the Human Flourishing Program at Harvard University. He holds degrees from the University of Oxford, University of Pennsylvania, and Harvard University in mathematics, philosophy, theology, finance and applied economics, and biostatistics.