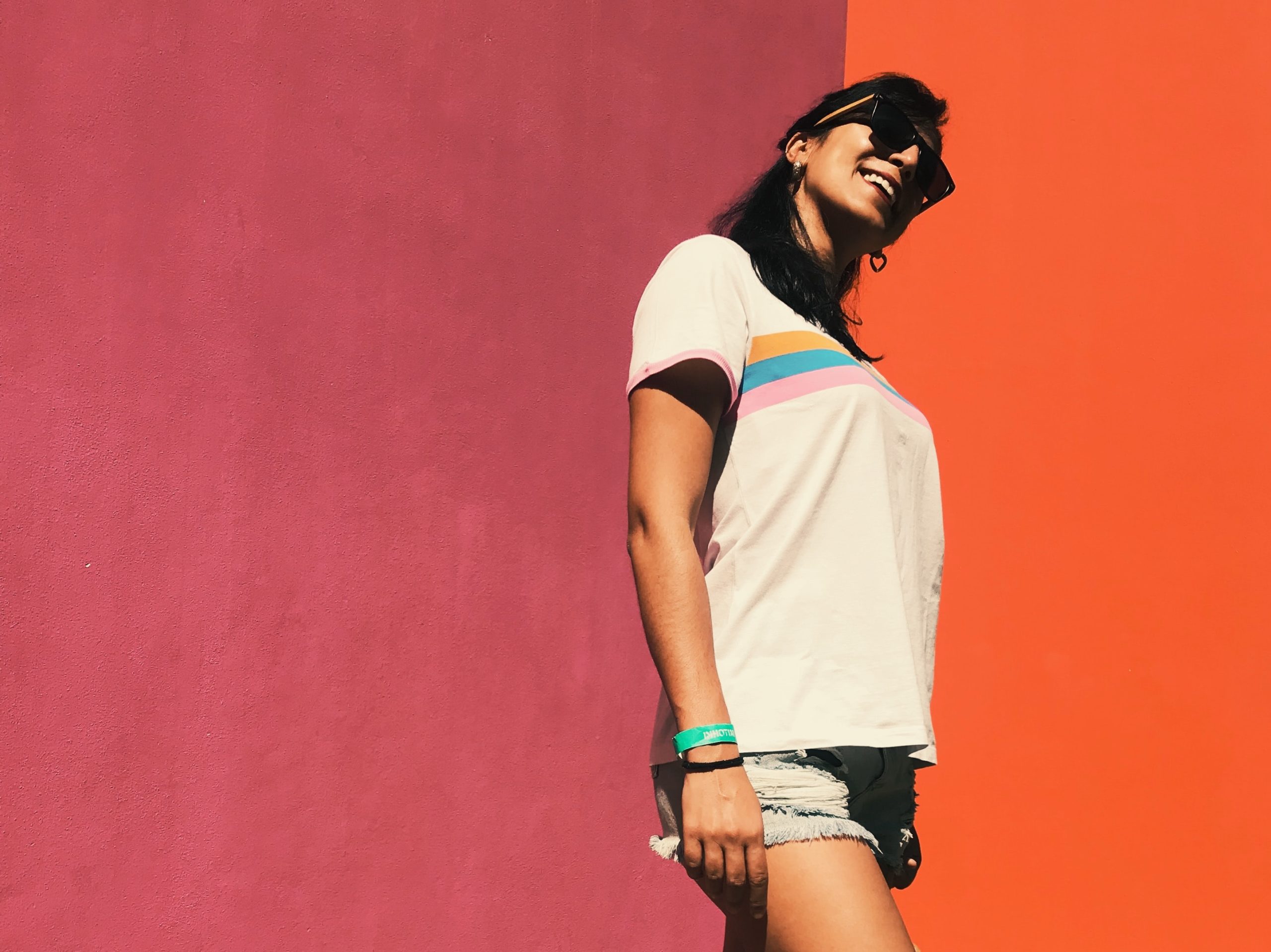 When bodily beauty matters as much as it does in a country like Brazil, the cost can be not only financial but also personal. Bianca Costa Sales explains.

The Girl from Ipanema, Victoria’s Secret supermodel Gisele Bündchen, and golden sand beaches saturated with women in the skimpiest bikinis. These are some of the things most people typically associate with Brazil, and with good reason.

But perhaps what is less considered is the phenomenon they all have in common: a disturbing worshipping of beauty and its impossible standards.

When I first moved to the United Kingdom in 2012, I felt a surprising sense of liberation in wearing numerous layers of clothes to protect me from the much feared London weather. As a teenager born and raised in Brazil, it was a wildly different experience to me, but a welcome one at the time.

Having a legitimate excuse to cover up felt like an easy solution to someone who had grown up surrounded by extremely high expectations of physical beauty: from the school or family environments on a daily basis, and even in the workplace or on job interviews, there is always someone in Brazil to give you unsolicited advice and comment on your appearance.

Living abroad made me miss the warmth of my culture more than ever before. I struggled to find it normal how in the UK people don’t just go around offering hugs and a kiss on each cheek as a friendly greeting. Brazilians are very effusive and unreserved in their affections; but their openness of heart can become a problem when they are painfully sincere in the same measure. As the character of Pope Francis played by Jonathan Pryce says in The Two Popes:

“Truth may be vital, but without love, it is unbearable. Caritas in veritate”.

Brazil is the second country, after the USA, with the most cosmetic procedures and plastic surgeries in the world, as reported by Forbes.

With the lowering costs of cosmetic procedures and the poor regulation of beauty clinics, Brazilian women are ever more inclined to go under the knife as they desperately seek impossible (potentially even racist) beauty standards.

In an interview for Undocumented World, several women from the Rocinha favela in Rio de Janeiro ask British reporter Seyi Rhodes what the general attitude towards plastic surgery is in England. “When people get it done, they keep it quiet”, Rhodes answers, indicating that British culture is perhaps more discreet than indifferent about similarly idealistic beauty standards. Personally, I was relieved to experience the renowned British discretion when I lived in London. It definitely gave me space to wonder whether Brazilians give too much importance to external beauty.

“Not over here”, a carioca (a native of Rio de Janeiro) woman retorts. There’s a strange sense of pride and achievement in being able to finally fix the bodily imperfections that clearly have been so bothersome. As a woman

“you have an obligation to be beautiful”

she says matter-of-factly, as if only a gringo could be unaware of such an obvious truth.

“Are you pregnant?” and “when are you due?” are common sarcastic questions many Brazilian women will remember being bothered by. Raquel, an interviewee looking to get an abdominoplasty or “tummy tuck”, often hears such remarks from acquaintances who feel an urge to mock her protruding stomach. Even Raquel’s mother and boss, Rosemary, bluntly states that her daughter would get a better job if she looked more attractive.

Discrimination based on appearance is standard practice in the Brazilian job market. Rosemary herself admits to having rejected many candidates who had better CVs than looks “because a woman has to look good to serve customers” at her shop.

The obsessive cult of physical beauty in Brazil is eerily reflected in the classic bossa nova tune, The Girl from Ipanema, which still stands as Brazil’s most well-known song over 50 years since its release in 1962.

“Tall and tan and young and lovely”

The girl from Ipanema was an underage schoolgirl minding her own business when the two composers, who often catcalled her from a bar, decided to write the song as an ode to her attractiveness.

At the time, musicians Antônio Carlos “Tom” Jobim and Vinícius de Moraes were aged 35 and 50 respectively – a disturbing reality which comes too close to paedophilic behaviour for comfort. But, as the song’s enduring popularity attests, Brazilian society seemed not only comfortable but even proud of it for decades.

Heloísa Pinheiro, the woman who inspired the song, laughs at the idea that the composers’ attitude towards her younger self is deemed highly inappropriate today. When asked how she feels about a song inspired by cat-calling now that we live in the aftermath of #MeToo, Heloísa emphasised the different historical context. “Can you imagine?”, she replied, “[people] would be saying it was sexual harassment just because they were hwee-hwooing at me.”

Speaking as a Brazilian woman who grew up surrounded by a cult of beauty so pervasive in my society that it seemed mostly unchanged since the 1960s, I believe it’s highly unlikely that today’s girls from Ipanema would feel flattered if they were in her shoes.

A problematic form of discrimination also plays a role in this troubling chase for perfection. Ivo Pitanguy, who was the foremost plastic surgeon in Brazil before passing away in 2016, had told Undocumented World that his surgeries helped people feel more ‘normal’. He claimed his work was underpinned by the belief that the poor also have a right to access beauty – hence his efforts to offer lower prices for the procedures in his clinic.

However, as Rhodes realises halfway through his news piece, in a country as racially diverse as Brazil, defining what ‘normal’ looks like is a complex matter, one that is laden with racial biases. Daiana, a black Brazilian woman, explains that she wants plastic surgery to make her nose thinner. When questioned by Rhodes on whether that would suggest that she is ashamed of her nose, Daiana denies it: “I think the black race is beautiful. It’s just that I don’t feel good about it [her nose]”.

As a result of its colonial history, Brazil is very racially diverse. Its population is made up of descendants from African, Indigenous, European, and Asian groups. While there is not a typical Brazilian body shape, there is a “common sense of beauty”, as plastic surgeons confirm in the documentary. This ideal incorporates a mix-and-match composite of different racial features: the African curves, the thin white-European nose, the natural-looking tropical tan and so on.

To pick and choose which racial features would endow women with a trans-global ideal of physical beauty surely goes against the principles of ethnic plurality and toleration, notwithstanding the cosmetic industry’s wilful unawareness of such controversy. An everyday reflection of beauty’s discriminatory bias in Brazil is the fact that people usually refer to curly hair as “bad hair”, without giving a second thought to how racist it is that straight hair is automatically considered “good hair”.

Although women seem to have it much worse, Brazilian men are not completely free from the torment of being openly shamed for not conforming to the agreed canons of perfection.

Daiana’s father, who also exhibits the family trait, learned to be proud of his black nose as he grew older, though it caused him a lot of grief in the past. People would tease him with the nickname “the oxygen thief”: “[it was] as if I breathed too much because my nose was so wide”, he explains. He tells Rhodes that he supports his daughter’s decision to get plastic surgery because he knows it affects her self-confidence more than it ever affected him, admitting that women are under far more pressure to look beautiful than men.

Ivo Pitanguy’s democratic approach seems blind to the even more radical and libertarian notion that beauty should not be a demand. Beauty is first and foremost a choice that comes from within, and the method to obtain it is 100 per cent free of charge: self-love.

But loving yourself can be a Herculean task when you are a teenage girl trying to process the onslaught of comments about how inadequate you look compared to “the standard”.

Two young women I know – let’s call them Carrie and Brooke – who have kindly agreed to share their stories, have struggled to accept their weight from very young ages into adulthood. Carrie remembers the traumatic realisation that she had gained a bit of weight and could not fit into her quinceañera gown. Brazil shares with its Latin American neighbours the tradition of throwing a massive birthday ball when a girl turns 15 years old, to symbolise her debut into society.

Not fitting into a ball gown sewn with bejeweled meanings related to Brazilian notions of womanhood was a turning point for Carrie, who began skipping meals routinely after that point. It did not help that when she went into shops to try on clothes the saleswomen would frequently provide unasked for derogatory remarks about her weight. The upfront aspect of Brazilian culture can be a double-edged sword precisely in these types of everyday scenarios.

Brooke did not have a healthy relationship with her body either. When her friends started inviting her to their quinceañera balls, Brooke would get anxious and stare at herself in the mirror thinking she was fat. It was only in her twenties, when Brooke actually became a little overweight according to medical standards, that she realised her previous “fatness” was all in her mind: she had been suffering from body dysmorphia, a condition affecting over 150,000 people per year in Brazil.

Beyoncé’s Pretty Hurts, a song exposing the corrosive mental and social effects of the global obsession with perfection and beauty, seems more relevant than ever here:

“We shine a light on whatever’s worse / Perfection is the disease of a nation / It’s the soul that needs a surgery.”

If American superstars like Beyoncé and Taylor Swift – who are adored by millions worldwide – have admitted to struggling with their body shapes, how much harder is it for normal girls, especially those who grow up in a country renowned for having the most beautiful women in the world? The pressure from such idealised and distorted beauty standards is a heavy burden to bear – one that nobody should feel obliged to conform to.

When looks speak louder than internal qualities, it’s sad to notice how our 21st-century society has forgotten about the so-called golden rule, a universal truth which Judaism and Christianity have emphasised for millennia: “love thy neighbour as thyself”, or “treat others the way you want to be treated”.

Maybe this is too optimistic an assessment, but I believe that despite the growth of individualism in our globalised economy, people are still generally aware that we have a collective duty to take care of one another within our communities.

What seems harder to grasp is the reality that we will never be truly kind to others unless we learn to be kind, and loving, towards ourselves first. Love your neighbour as you love yourself.