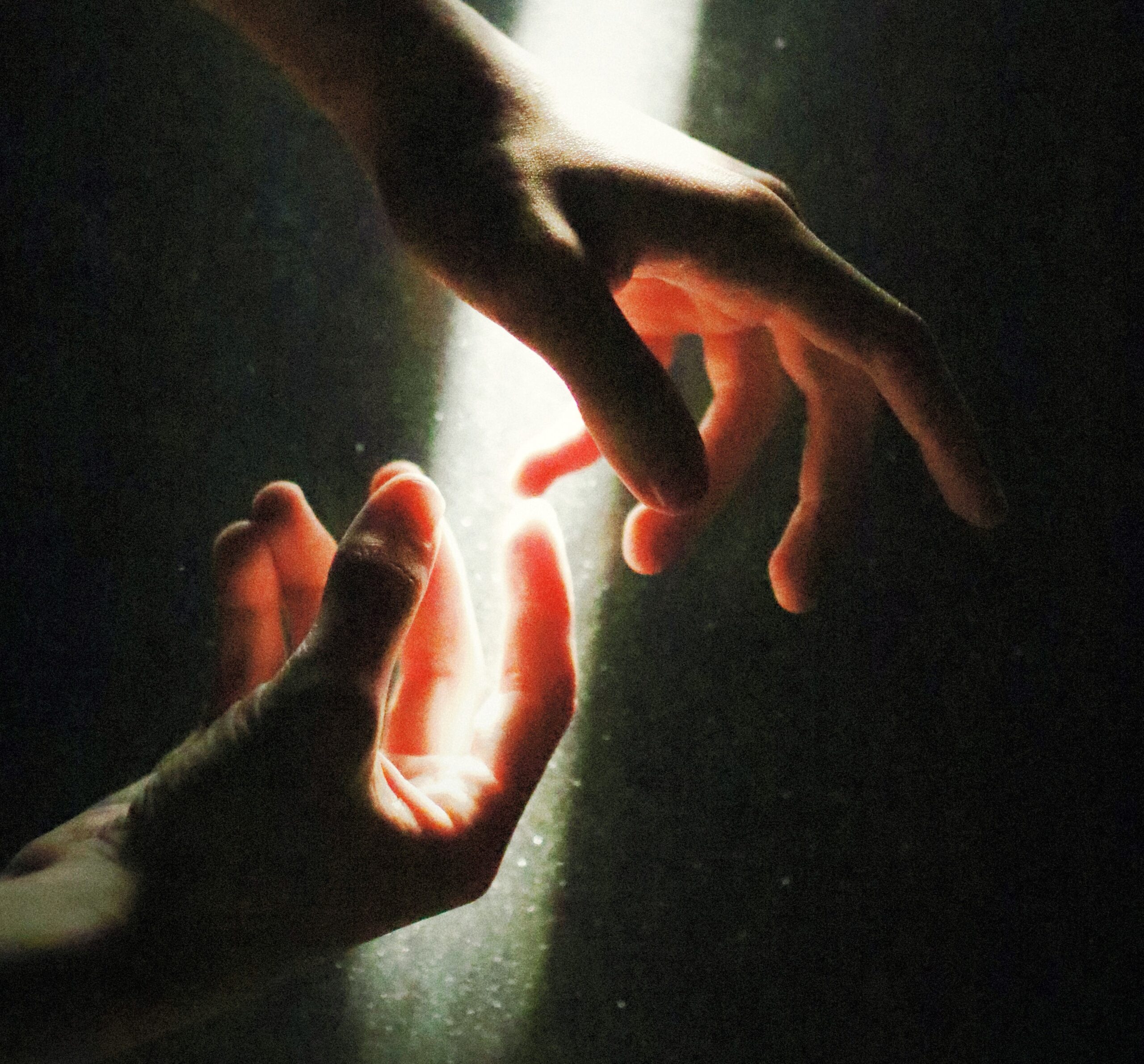 Italian author and broadcaster Bruno Mastroianni offers a humorous but thoughtful guide to respectful dialogue using an unusual prop – the fingers of his hand.

The capacity to disagree with others – without being disagreeable – has always been within reach. And, as sometimes happens when something is right under your nose, you often don’t see it. Take the fingers of your hand, for example … Fingers tell us a lot. We just need to examine them and learn their lessons.

The little finger – stick to what you really know

The first cue comes from the little finger. It’s short and small. This finger reminds us that the more we recognize how little we know, the relatively few experiences we have had, the few subjects we really do have something to say about, the more relevant we will be when we choose to have our say. Problems come when we shout and show off  in discussions; when we are arrogant know-alls and try to defend what we don’t really understand fully.

Most of the time we go into battle because we haven’t really thought through what we are talking about.

The reality is that it is the little finger of our expertise which represents our uniqueness, and it is that which makes us recognizable, credible and capable of dialoguing with others.

The ring finger – preserve the bond

Next comes the ring finger, the finger of the wedding ring, the one which represents bonds.

To discuss (or argue respectfully) is not to exchange information, but to build or destroy bonds and relationships. If only we remembered this every time we confront each other, we would be more careful in our choice of words.

To disagree, to be in conflict, is still a form of relationship that involves maintaining the bond with the other party. This is no mere formality or courtesy… To “go deep” in our disagreement requires us maintaining a link, a bond, with our interlocutor.

This is where the middle finger comes in: when we use it aggressively – as an insult, a gesture of aggression or hatred, the bond with the other person will be broken and any chance of dialogue will go up in smoke.

The middle finger reminds us of the paradox that those who have least recourse to aggression express their dissent best.

The ears of the other person close automatically when the insults start flying. The abuse of power, the attempt to claim victory over the other, which can seem such a demonstration of power, in reality only leads to creating distances between persons and to losing the chance to put one’s own opinion to the test. It is in fact the ultimate sign of weakness, it is the equivalent of fleeing the battlefield of ideas. Those who dissent peacefully, on the other hand, make themselves heard more effectively and are much better at bringing the implications of a different point of view into the consciousness of the other.

The index finger – stay on topic

And then there is the index finger … the finger that we look at but forget to look where it’s pointing. It reminds us that in a discussion we should not dwell on the personal aspects of the other, on their limits, but we should fly to the Moon they are trying to indicate by pointing to it with their index finger. It is on the moon, not the finger pointing to it, that the discussion should focus!

This means one thing above all: take the issue raised by the other person seriously, that is, take it that the person is genuine in what is being said and how it is being said.

To discuss or criticise it in an effective way, we must follow the other’s reasoning. We have to listen, to try to understand what the other person is saying, before we can respond with our own critique.

The thumb – the self-irony that saves the discussion

Finally there is the thumb. The beloved thumb of the social media “like” that we ache to see on our online postings and that we so often use to express our approval. It’s an affirmation of an easy, immediate agreement … it creates a kind of bond, the opposite of those gestures of dissent that are used between alien worlds which have nothing in common.

Of course the thumb can be positioned in another way; it can be used to point back to its owner, revealing whom we must work on to improve the quality of our discussions: ourselves!

The best way forward, in a world overloaded with differences, can only be that of self-irony and detachment from oneself.

It’s the same lesson the little finger already pointed out to us (as often happens the little ones and those considered the last in society have a more insightful view on reality). In short we must learn to take ourselves less seriously and to recognise our limits.

Limits and defects can, at first sight, seem a problem to us. Instinctively, when they emerge, they put us on the defensive because they seem to threaten our place in the world. In reality these gaps and shortcomings in our understanding are the points that allow us to meet with the other. It is when we consider ourselves perfect and self-sufficient that we seek out confrontation, which is a way of saying that we don’t need anyone.

When it comes to not taking ourselves too seriously, technology offers us an important lesson which we should learn and make use of. It will have happened to you, I’m sure … You take out your smartphone, you want to take a photo of something interesting, but when you open the camera, it is facing the wrong way – towards you. That image of our face, unprepared, without having had the chance to put on an intelligent or plausible expression, causes us a certain horror.

That is an important moment: for a second  we see ourselves as we are, from outside, as others see us.

That involuntary selfie is something we should learn to take every time we discuss animatedly with others: we should try to stop for a moment and look at ourselves from the outside, seeing what we really look like when we reply in a certain way.

The power of not having the last word

This act of detachment from oneself offers two fundamental advantages. The first great power we have  is that we can set aside the  anxious desire to have the last word! You must have experienced those discussions which are not going anywhere and yet you continue to argue endlessly, each person competing to have the last word? This dynamic is aggravated online because the last answer is (visually at least) the one that closes the thread. Thus the exchanges become as endless as they are empty.

Here, a healthy self-irony helps us: once the answer is given, once you have expressed your thoughts, if the other person still doesn’t want to know, it’s time to bow out. Discussing endlessly is a manifestation of self-indulgence, like the child who wants everything to go as he or she says.

The power to ignore

The second great power is that of ignoring. Those who have a little bit of detachment should be able to drop the controversy and not be offended when they receive the treatment we have talked about (personal attacks, being painted as the source of indignation, being deliberately misrepresented). The detached person also manages to go beyond the polemics and  insults to see if, once they have been set aside, there is some issue which has arisen amid the fuss which is worthy of returning to.

Usually starting from that perspective can give you the opportunity to breathe new life into the debate. As for the rest, it’s just best to ignore it. Indeed you might say that the power of ignoring can and must be used against the power of ignorance – insults, hatred, aggression, provocations and so on. Because online, the good thing is that what is not responded to, what fails to produce a reaction, dies and ends up forgotten.

But self-irony pushes us even further. And it helps us to understand that even the expression “looking from the outside” that we have used so far, is itself a bit too self-referential. Defining as “outside” that which is different from me is, after all, another way of keeping it at a distance. Therefore we should correct ourselves:

we must see ourselves from the worldview of the other.

That is, we should enter into discussion with a person starting from the recognition of the position they have carved out in their own world, trying to understand that person’s system of meaningful relationships and seeking a connection within them.

The era (if there ever was one) of happy communication is over, where the aim was to get everyone to agree and live happily ever after. The era of discussion between differences in connection has begun.

If we want this experience to be happy, we have only one option: either we roll up our sleeves and put into practice what has been discussed here, as participants in the town hall meeting that is life; or we end up in constant conflicts which desperately try to extinguish the increased diversity that characterises modern life.

The truth is that such conflicts are useless, because diversity, if we think about it, is not an added or artificial element to modern life, but it is the most common way of presenting the reality in which we live, which is made up of our inter-connected worlds.

There is no other universe to escape to; we might as well try to live together in the one we inhabit!

Bruno Mastroianni is a social media manager with RAI, Italy’s state television, and an academic at the University of Florence. He is the author of La disputa Felice which has been very successful as a manual on how to communicate civilly in an online and offline world. His website is www.brunomastro.it