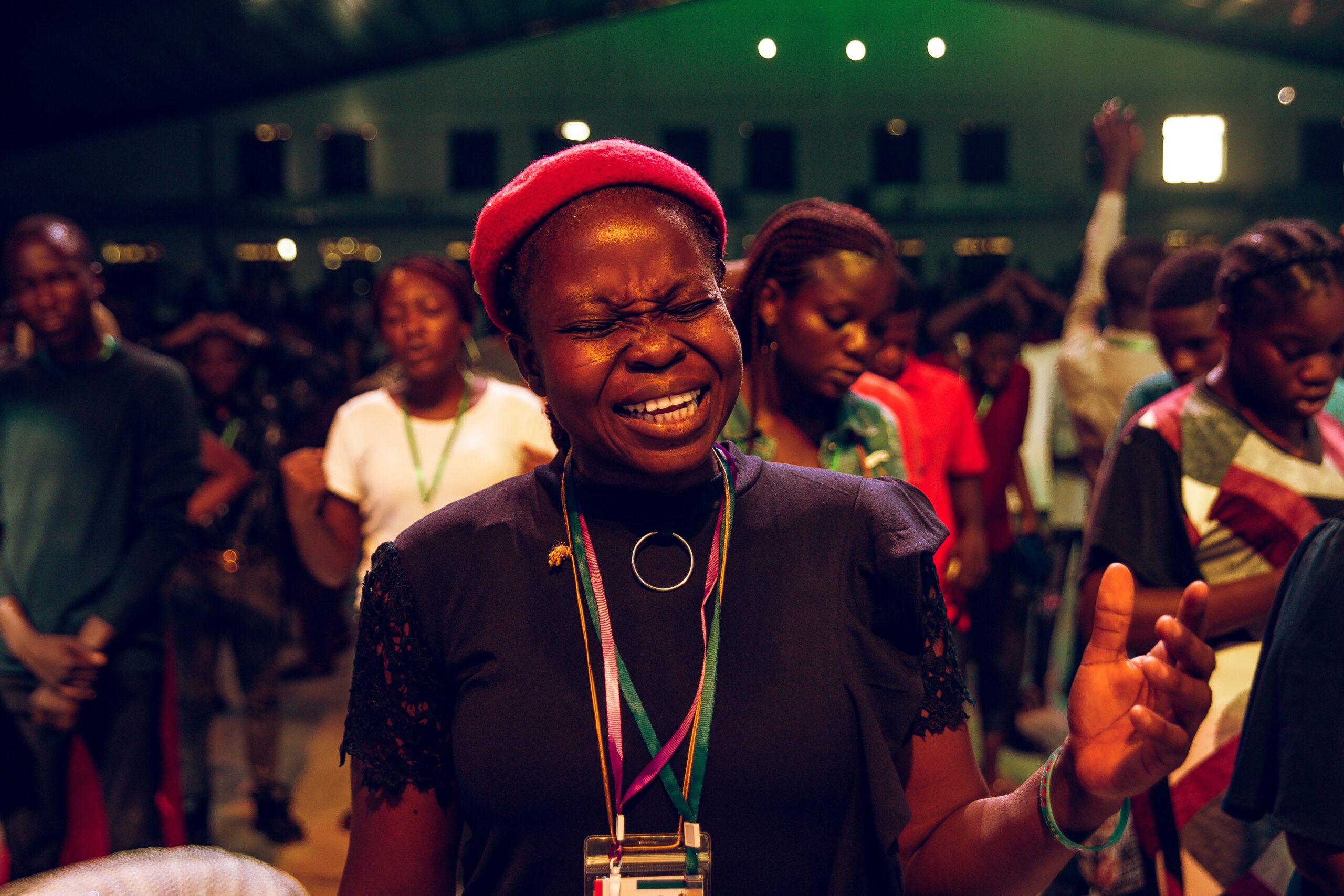 Joshua Nwachukwu casts an eye over the light and shadows which mark Nigeria’s 60th anniversary as a modern independent nation.

In fact, Nigeria’s vice president, Yemi Osinbajo, at a recent  interdenominational church service to mark the 60th anniversary, captured the growing dissatisfaction perfectly when he said, “Our walls are not yet broken, but there are obvious cracks that could lead to a break, if not properly addressed.”

Saying we are at a precipice is an understatement.

Sixty years ago, it was all so different … crowds gathered joyfully at the now-called Tafawa Balewa Square in Lagos, the then-capital of Nigeria, to witness the handover of the regalia of freedom from Princess Alexandra of Kent, who represented her cousin, Queen Elizabeth, and to hear the playing of the country’s national anthem for the first time and the hoisting of the Nigerian flag, to replace the Union Jack. That Saturday, Nigerians thought that their long-awaited freedom would lead the country to finally harness its long exploited human and natural resources, for the betterment and common good of its citizens.

In his speech, the overly-excited Prime Minister, Tafawa Balewa said: “We have acquired our rightful status, and I feel sure that history will show that the building of our nation proceeded at the wisest pace”. Indeed, the future seemed bright.

As people sang and departed the square waiting for the land to start flowing with milk and honey, no one thought that the country would, in coming years, be subject to multiple coups d’état, military takeovers, ethnic clashes and a civil war.

These travails have not only caused great loss of life and property, they have worsened the cultural and ethnic patrimony, ultimately derailing and delaying the country’s march forward.

It seems to me that the past 60 years have shown that freedom, while earnestly sought, is not easily utilized and controlled when finally obtained. The various groups calling for secession will surely find this worth remembering.

Unlike that joyful Saturday, the atmosphere today is solemn. Tafawa Balewa Square and Eagle Square in Abuja are empty and people are frankly unwilling to have their hearts broken by fantasizing about a golden future.

In recent days, various writers have dared to ask a once unthinkable question, namely why the British gave us independence, and others are openly longing for the return of colonial rule.

Some opine that Britain and a few other world-powers have in fact become  neo-colonialists as they still heavily influence Nigeria’s political and economic affairs, and the majority probably feels that what happened on October 1 1960 was not independence but a mere change of guard from British colonizers to Nigerian colonizers.

A bitter lesson we have learnt is that the mere fact that someone has a similar name, religion, ethic group or colour is not a guarantee for healthy socialisation. In Nigeria, the saying “Man is wolf to man” is not a cliché but a tragic reality.

Even if the anniversary does not call for celebration and merriment, it definitely calls for examination and evaluation.  This is a herculean task, since in judging how their homeland has fared, many Nigerians compare Nigeria to countries in America, Europe and Asia. The weakness in such a comparison lies in that, while these countries currently co-exist with Nigeria, which gives the impression of equality, most of them had been independent cultures for many centuries before Nigeria came into existence. We cannot ignore their head start!

A more reasonable comparison, some have suggested, would be to compare Nigeria to such countries when they were 60 years old. Such a comparison is, though, impossible, given the radically different technological and economic subsoil in which such countries put down their roots.

So, while Nigerians are understandably reluctant to accept mediocre standards and are justified in lamenting the ineffectiveness of our various leaders, my plea is that we ought to be a little less critical in judging the country, bearing in mind its tender age as an independent state.

Rather than continuously criticising, we should arise, as our national anthem invites us and seek ways of making the country work.

Nigeria with a population of over 200 million, is arguably the largest independent and self determining black population in the world and it is of interest to the world for many reasons. Unfortunately, the image of Nigeria abroad is still far from good. Our country is too often synonymous with poverty, corruption, fraud, trafficking, infringement of human rights, high illiteracy, insecurity, religious intolerance, extremism and persecution.

Despite that litany of  tristesse, this diamond anniversary gives us Nigerians an opportunity to celebrate our compatriots who, despite unfavourable environments and circumstances have gone all over the world to do great things. These Nigerians – and not the few ineffective and corrupt leaders – are those defining and writing the Nigerian story.

For many years, it has mostly been non-Nigerians who have told the Nigerian story, and these stories have failed to capture the essence of this land. If anything, they have contributed to distorting the image of my country … is this part of the reason so many people I come across in the so-called civilised world still think of Nigeria (and, alas, Africa in general) as a continental jungle largely deprived of human civilisation?

The great Nigerian novelist, Chinua Achebe, once said, “Until the lions have their own historians, the history of the hunt will always glorify the hunter.” And later, “If you don’t like someone’s story, write your own.”

Nigerians are today, finally writing the Nigerian story and it is filled with heroism and resilience. In Nigeria’s 60 years, the country has produced literary giants like Chinua Achebe and Chimamanda Adichie, while Wole Soyinka is a Nobel laureate.

In six decades, Nigerians have done exceptionally well in exporting our culture across the world, particularly, our music and traditional fashions. Nigerian music of all genres is listened to from Manchester to Melbourne, and it is not uncommon to see concerts of Nigerian performers sold out across the globe.  Our traditional dance too is also a force to reckoned with!

Once a country without Judaeo-Christian belief, Nigeria now has a growing and thriving religious population. Though a secular nation, it is predominantly made up of Christians and Muslims almost in equal proportions. Unlike the Muslims, the Christians still face some persecution in areas dominated by Islamic majorities, yet despite these acts of persecution, the Christians have remained peaceful and rather than decrease, their numbers are increasing.

Apart from growing within Nigeria, Nigerians are playing a key-role in the re-Christianisation of countries which years ago brought the faith to Africa. Today we are the missionaries to the old Christian heartlands of Europe. Little wonder, then, that Africa is referred to as the hope of the Church and humanity’s spiritual lung.

In the health sector, many countries rely on nurses, doctors, carers and researchers from Nigeria; in academia, Nigerian students have broken academic records in institutions overseas while Nigerian intellectuals are at the forefront in contributing to the global body of knowledge.

With these Nigerians, the country’s future is hopeful.

At 60, Nigeria has to recognise the responsibility that rests on its shoulders. The late Nelson Mandela once said “The world will not respect Africa until Nigeria earns that respect. The black people of the world need Nigeria to be great as a source of pride and confidence”.

This is the challenge of Nigeria at 60. Happy birthday!

This is a slightly edited version of an article published in Spanish on the website of the Aceprensa news agency (https://www.aceprensa.com/). It is republished here with the author’s permission.