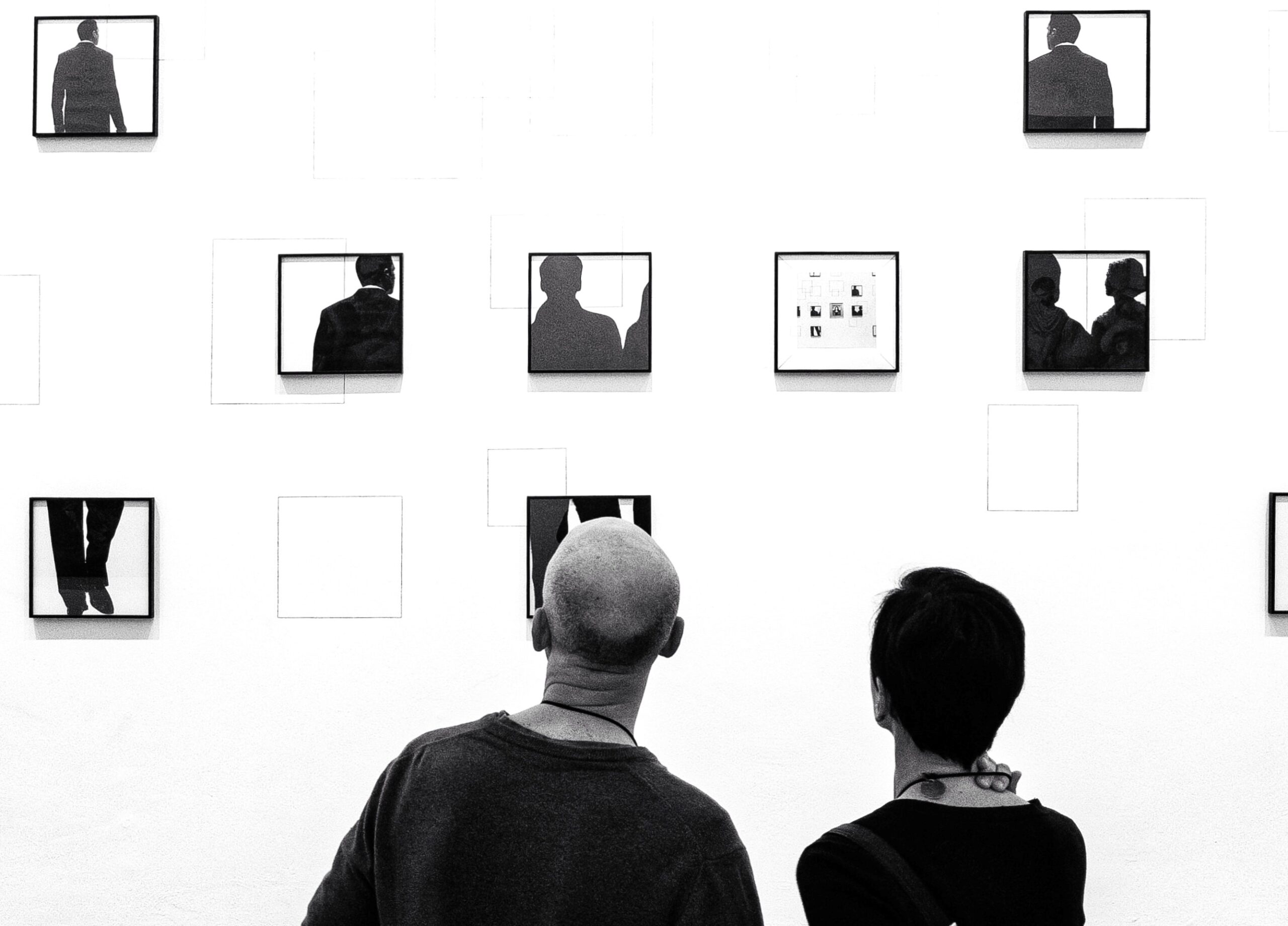 Seeing is believing – if you can believe what you see. Carolyn Morrison discovers an art form which makes us “think anew about what we see and how we see it.”

The Op Art in Focus exhibition at the Tate in Liverpool, Northern England, is introduced as “a dazzling display from pioneering artists of the 1960s’ to the present day”. It is certainly that.

The exhibition features works from leading artists in the field  of Op Art – that is, optical art, a style of visual art which uses optical illusions – such as Bridget Riley, Jesus Rafael Soto and Victor Vasarely, which are placed alongside those of contemporary artists. Among these, Jim Lambie’s Zobop (1999) stripy vinyl taped floor masterpiece is the largest and one of the most eye-catching works on display.

The power of Op Art to represent and alter the way we perceive reality by the use of optical illusion is a thought-provoking, moving and inspiring experience.

This show has the ability to make us think anew about what we see and how we see it. Be prepared to be dazzled!

Op Art can trace its roots back as far as Neo-impressionism. Art historians acclaim the Parisian artist Georges-Pierre Seurat, best known for devising the technique of pointillism, as the father of the Optical Art movement. His groundbreaking masterpiece A Sunday Afternoon on the Island of La Grande Jatte (1884–1886) is considered to be the inspiration which led to the creation of Op Art.

The tiny juxtaposed and brightly multi-coloured dots merge together in the viewers’ eye, rather than on the canvas, giving an optical effect of unity. Here the viewer becomes the artist’s co-worker. (There are other works of art by Seurat in Room 43 at the National Gallery, London.)

However, the use of optical illusion in art goes back much further than Neo-impressionism.

The omnivoyant gaze, commonly known in the art world as the ‘Mona Lisa effect,’ is where the eyes of the subject in the painting seem to follow the viewer around the room.

Ironically, however, La Gioconda (Mona Lisa) by Leonardo da Vinci (1503-1506 and possibly completed as late as 1517) does not fulfil the criteria. That is, the Mona Lisa effect is only realised when the gaze is at an angle of between 0 and 5 degrees. Recent research has shown that the gaze of the Mona Lisa is at an angle of 14.4 degrees. This means that she is actually looking to the right of the audience and not directly at them. Nevertheless, the actual technique itself is undoubtedly real. And It just does not apply to La Gioconda.

The Mona Lisa effect is a technique attributed to Leonardo da Vinci, but it actually dates back much further in time. Nicholas of Cusa in The Vision of God (1453) employs the power of the omnivoyant gaze to great effect when he set about instructing the Benedictine monks of Tegernsee Abbey, Bavaria, to discern the ultimate reality, namely the presence of the all-seeing God. Along with the De Visione Dei manuscript, Nicholas of Cusa sent a Vera Icon (Latin and Greek for ‘true image’) for the monks to contemplate. Interestingly, Vera Icon is an anagram of the name Veronica, the woman who, according to tradition, wiped Jesus’ face with a cloth on his way to the cross.

As Nicholas explains: “If I strive in human fashion to transport you to things divine, I must needs use a comparison of some kind…

I have found no image better suited to our purpose than that of an image which is omnivoyant – its face, by the painter’s cunning art, being made to appear as though looking on all around it.”

Theologically speaking, omnivoyant is understood as a capacity of God, namely having the ability to ‘see all things’. The cunning power of the artist to convey the all-seeing God lay, in part, in the frontal pose. Like Op Art it makes use of the one-point linear perspective, where the use of orthogonal lines draws the viewers eyes to a vanishing point within the work, which gives the optical illusion of space, depth and movement.

One of the many examples of the use of omnivoyance in art is a painting titled Saint Veronica with the Sudarium by the Master of Saint Veronica (active 1395-1415). Sudarium is Latin for a ‘sweat cloth’ or handkerchief, which was used to wipe the face clean. As already stated, according to Christian tradition St Veronica is known as a bystander who met Christ on his way to Calvary. Moved with compassion at his blooded state she took her sudarium and wiped his face. Legend states that the image of the face of Christ was left imprinted upon the cloth.

If you stand in front of the Saint Veronica with the Sudarium painting, which is on display in Room 62 at the National Gallery in London, you get the distinct impression that the image of Christ is looking straight at you. Move to the west-side or the east-side of the room, the optical effect remains the same. That is, no matter where you position yourself within the gallery his eyes seem to follow you in every direction, His loving all-seeing gaze never leaving you.

However, Nicholas of Cusa was not the only one to realise the power of the omnivoyant gaze and the frontal pose’s ability to profoundly touch the viewer.

Albrecht Dürer’s famous Self Portrait at the Age of Twenty-Eight (c.1500) is remarkable inasmuch as he is among the first artists in history to utilise the frontal pose for secular purposes. Up until then the technique was usually reserved for religious subject matter.

Dürer signs his painting with his initials AD below the year 1500 which clearly alludes to Anno Domini, thus, intentionally inviting the viewer to make a comparison to the image of Christ.

You can view Albrecht Dürer, Self-Portrait with Fur-Trimmed Robe, 1500- HERE

Aesthetically speaking, Dürer’s self-portrait works on a number of levels. On the level of sensory beauty, the richly painted fur fabrics, the long curly blond hair and the clasped hand suggest a sense of divinity and blessing. On the level of geometric beauty, the orthogonal lines draw in and directly address the viewer. And yet ultimately it fails in portraying a Christian sense of beauty, that of love and desire for the other. This portrait is a celebration of the self, and what is missing from the image in my estimation is the humility of the suffering Christ.