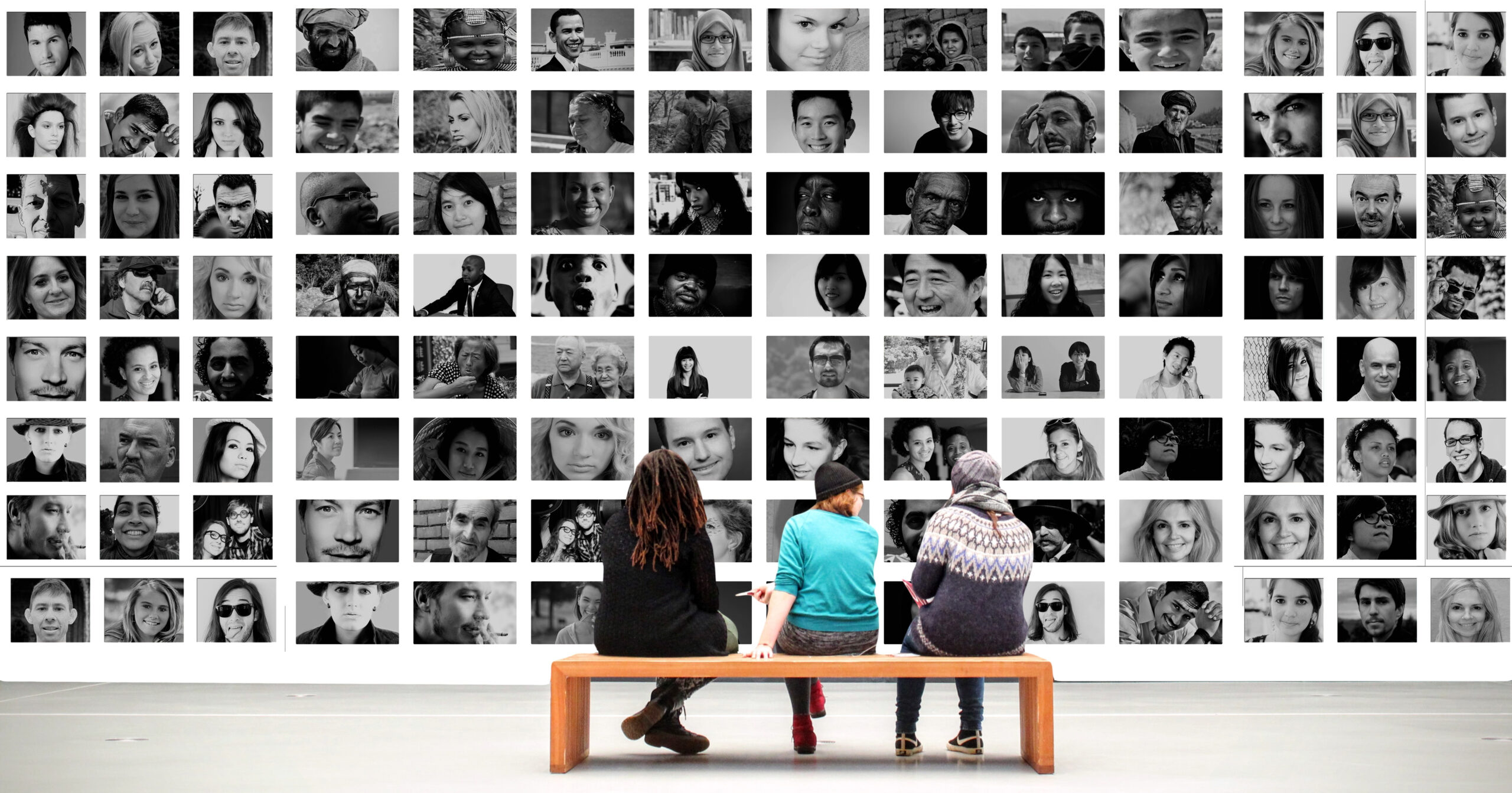 History offers all too many examples of authoritarian rulers using religion for their own oppressive ends, argue Tiare Gatti Mora, Laura Magro and Hajra Rehman. It’s time to make a change.

Authoritarian rule has a long history of manipulating and appropriating religion. But there is a deep incongruence between core religious values and such forms of despotic government which goes against both the Christian principle of “love your neighbour as yourself” and very similar values within other major faiths. A saying of the Prophet Mohammed, for example, teaches that religion is not what one ritually practises but the kindness of how one deals with others: spirituality must both come from within and reflect out onto others; it is not sufficient to be outwardly pious.

US progressive politician Alexandria Ocasio-Cortez has called out American right-wingers on this issue. Earlier this year, she talked about “the long history of this country [USA] in using scripture and weaponizing and abusing scripture to justify bigotry”, holding white supremacists, the pro-slavery lobby, and segregationists accountable.

She highlighted how genuine religious values are “love our neighbour and our enemy”, and “fight for the least of us”.

Islam’s values are encompassed within five pillars: belief, prayer, zakat, Hajj and fasting. Within each pillar there is a common element of selflessness and altruism. This is reflected in the Quran through its references – 190 times – to “love” and “compassion”. Specifically, the pillar of zakt reflects a principle which draws parallels with what some have described as democratic socialism or Christian altruism: it is the duty of the individual to give 2.5% of their total net value, not income, to the underprivileged.

The notions of brotherhood and sisterhood within Islam impose a duty upon the collective community, the duty to care for its members, also requiring each person to carry out acts of individual and social responsibility according to their ability. This responsibility is placed upon all Muslims and the application of this duty of concern extends to those who are living alongside Muslims, as a Muslim should care for any human whether they are Muslim or not.

Contemporary Christian philosopher and socialist Cornel West asks what happens in a more and more loveless society? When West says:

he refers to “the legacy of Jerusalem, not the legacy of Athens”. This refers to the fact that West has arisen from a tradition of faith and love, rather than one of mere intellectual evolution.

West contrasts the Christian values of love and solidarity with the opposing right-wing values. These are conservative ideas about a deregulated economy, defunding of social programmes, and individualism. All of these are sold under a manipulated image of religious fundamentalism imbued with a mythical sense of the USA’s mission in the world. He deems these principles to be “spiritual fascism”, defined by “proclivities to egoism, selfishness, contempt, hatred”, “a primacy on big money”, and “militarization”.

The unhealthy relationship between Christianity and politics began when the Roman Empire stopped persecuting Christianity and decided to adopt it as the empire’s official religion, and the situation stayed like that for the later European empires. And soon, a system that was rooted in love, kindness, acceptance, brotherhood and solidarity found itself involved in violence, conquest, hate, division and superiority. This was the beginning of Caesaropapism, a term coined by 19th century sociologist Max Weber, which refers to the subordination of ecclesiastical to secular power, when the political leader also exercises authority in religious matters.

We can see the consequences of this in the crusades, in the colonization of the Americas, and in many other holy wars – up until today. The key point here is that religion was used to justify such acts as slavery or abuse. And this politicization and militarization of religion are at work also in our time and day, leading to abuse of power and oppression of peoples.

Likewise, Islam has often been hijacked by authoritarian conservatives who use their power as a means to favour and advantage the elite while suppressing the majority and actively persecuting ethnic minorities.

In the Islamic Golden Age, from the 8th to the 13th century, the Muslim world experienced a period of cultural and economic prosperity, thanks in good measure to a range of scientific developments. Wealth inequality and poverty decreased, and standards of living increased. Post the Golden Age, after being severely weakened by numerous wars and invasions, a section of the Muslim world turned its back on modernization and progress, investment in human life and social services declined, and leaders became obsessed with holding onto power, turning to a strict, literalist and fundamentalist interpretation of the Quran to justify their power.

The effects of this can still be seen today, reflected in the tyranny and despotism of Middle Eastern rulers who use religious scriptures as a backing to legitimize their position. There is huge wealth inequality, widespread poverty and political instability, due to the failure of leaders to evolve.

A huge cause of unrest in the Middle East is the rise in Islamist terrorism. Its roots can be traced back to specific doctrines preached and advocated by some governmental regimes, most notably Wahhabism, which was officially endorsed by a number of Middle-Eastern regimes in the 20th century.

Wahhabism preaches the return to a ‘purer’ form of Islam, yet in its essence is a highly aggressive and intolerant adoption of the faith, with an intransigence against any sort of reform or evolution. For instance, Islamic practices and dress are strictly enforced upon all, be they Muslim or not. This inflexible interpretation of Islam has offered a para-religious code to many major Islamist terror groups.

The selfishness, hatred, and money-centred attitudes highlighted by Cornel West are driving factors when it comes to these religious manipulations, whatever form they take. Indeed, their appeal to manipulated religious communities has been a huge part of the election success of leaders like Jair Bolsonaro in Brazil and Donald Trump in the USA. Bolsonaro and Trump’s policies and leadership are anything but reflective of the religious values of solidarity and love.

For instance, Bolsonaro announced, in 2019, 30% budget cuts for universities, which jeopardizes the future of the country’s youth, and which also makes these easier to manipulate. Brazil’s National Institute for Space Research (INPE) called out deforestation in June of 2019, which was 88% higher than a year before, with dire consequences for indigenous peoples.

President Donald Trump, likewise, has demonstrated disregard for the poor within his own country, and ran his campaign on building a wall on the Mexican border. A 2019 US Supreme Court decision has undermined asylum claims of migrants from places like Central America and Africa.

Trump has now established a measure which prohibits anyone from requesting asylum at the US/Mexico border who previously transited through another country, effectively banning all but Mexicans from seeking such protections. The President has done so much to keep out people whose lands have been appropriated, denying their humanity by rejecting their pleas of asylum, treating them as criminals, separating families, hosting them in what we regard as modern day concentration camps.

This is the very opposite of ‘loving our neighbour’ or fighting ‘for the least of us’. It is fighting against them.

Another clear example of this abusive approach is the confiscation of rosaries in the US/ Mexico border. It is self-evident that these items have a strong spiritual value for the migrants who take them with them on their harsh journey. The fact that they are being taken away from their legitimate owner shows a profound lack of humanity.

Similarly, there is connivance between Western right-wing populist forces and Middle Eastern authoritarian regimes. It is in the West’s interest to prop up certain puppet regimes in the Middle East and, in return, the puppet regimes have the security of being protected through the West’s military power. A result of this is that Muslim leaders have, ironically, done more to fuel islamophobia than combat it. For instance, in 2005 a former leader of the Klu Klux Klan visited certain cities within the Middle Eastern region and expressed support for a regime which is notorious for its repression of its own people.

Consequently, Muslim leaders and regimes have become associated with bigotry, racism and human rights violations, and the region has become a hotbed of political unrest, not only through repressing their own citizens but also by backing certain right-wing populist currents within the West.

A new authoritarianism (though, alas, not so new, as we have seen), composed of right-wing rhetoric, nationalism and populism and dressed in a cloak of religious righteousness, is a threat to those values of justice, care for the poor and respect for the environment to which progressives and genuine religious and spiritual leaders are aligned.

Latin American Liberation theology, as explained by Father Gustavo Gutiérrez, is a Christian theological current made up of several intertwined Catholic and Protestant strands. It is characterized by considering that the Gospel demands a preference for the poor, and that this can be achieved by resorting to the insights of the human and social sciences. While certain forms of Liberation Theology have been criticized by some – whom we disagree with – for being too theoretical and trying to mix Marxist ideology with Christianity, it has been effective in drawing attention to the misery faced by so many people in the world today.

Its key idea of integral Christian salvation cannot take place without political and social liberation, since these are key bases of human dignity. If we draw this conclusion, then the current inequalities in our world contradict the historical design of God. If we genuinely wish to walk in that design’s path, following the lead of authoritarian right-wing regimes which disingenuously use religiosity to cover their true nature is not the path to take. Fighting for justice is.