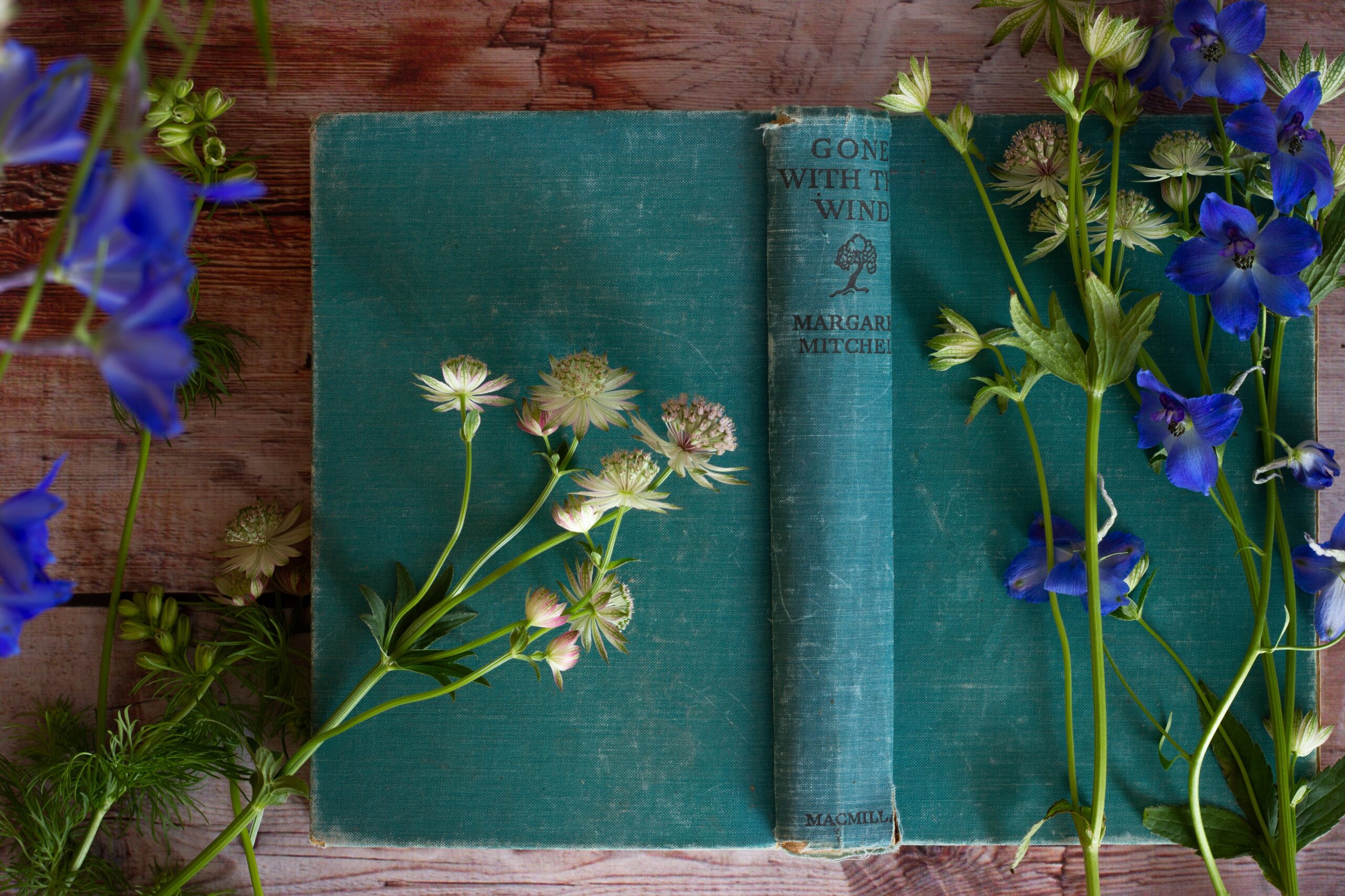 Should Margaret Mitchell’s ‘racist’ novel be ‘toppled’ along with statues? Alex Osborn proposes a more nuanced approach and considers how slavery can end up enslaving the enslavers.

“The past is a foreign country; they do things differently there.” So wrote L.P. Hartley in the opening lines of his 1953 novel The Go-Between. These words could be applied with equal accuracy to another novel, Margaret Mitchell’s Gone with the Wind, which in recent months has found itself one of a number of cultural icons subjected to increasing levels of scrutiny for the ways in which it represents, interprets and evaluates the past.

Published in 1936 and set in the city of Atlanta, Georgia, and in Tara, a fictional cotton plantation, before, during and after the American Civil War, Gone with the Wind was found in a 2014 Harris poll to be the second most favourite book of American readers, surpassed only by the Bible. The 1939 film adaptation, starring Vivien Leigh and Clark Gable, is the highest-grossing film ever made after accounting for inflation.

Yet in the aftermath of the death of George Floyd and the engagement of millions in Black Lives Matter protests, Gone with the Wind has been caught up in a collective virtue-signalling act like no other – the cleansing and cancellation of culture now deemed inappropriate and indefensible.

In a heated upsurge of anxiety over the racial politics of our past, it is not only statues which have been toppled. In June 2020, US streaming service HBO Max removed Gone with the Wind from its list of offerings, only to later reinstate it with a disclaimer drawing attention to the film’s ‘racist depictions’ which were ‘wrong then and wrong now’. HBO reassured present and future audiences that the film will only continue to be shown alongside an ‘explanation and denouncement’ of said depictions.

In the fury of protest, it is easy for modern audiences to assume that attitudes towards allegedly racist cultural monuments have steadily and resolutely ‘progressed’ from past prejudice to present enlightenment. Yet disquiet in response to the racial undertones of Gone with the Wind is as old as the novel itself.

As early in the novel’s history as January 1937, the Secretary of the Pittsburgh Negro Youth Congress, Lloyd Brown, wrote to Selznick International Pictures (which later produced the film) denouncing Mitchell’s novel as a shameless ‘glorification of the old rotten system of slavery, propaganda for race-hatreds and bigotry, and an incitement to lynching’.

Addressing these charges is complex, not least because looking back at the past involves confronting uncomfortable and deeply painful realities. In the context of slavery, these are realities which for individuals such as Lloyd Brown, and most modern-day readers and viewers, are unavoidable – where ‘whitewashing’ history becomes an unforgivable act of moral irresponsibility.

Yet I believe Mitchell presents readers with two ways of dealing with the past in her text – one either glorifies and romanticizes the past, or one accepts the cruel inevitability of progress as a mechanism for surviving the chaos of the new world order.

Both of these options are accommodated in the world of Mitchell’s novel. The latter option is represented most powerfully by Scarlett O’Hara, the novel’s anti-heroine, for whom memories of any kind are ultimately viewed as a threat to survival – in the burned-out garden of Twelve Oaks, the neighbouring plantation to Tara, Scarlett resolves that ‘what was past was past…there was no going back and she was going forward’.

Scarlett projects the uncomfortable realities of the world around her onto the unknown quantity that is the future, captured in her oft-repeated line ‘I’ll think about that tomorrow’, and the novel’s memorably emphatic closing statement: ‘After all, tomorrow is another day’.

Her rejection of the past reaches its apotheosis when her childhood sweetheart, Ashley Wilkes, casts her under his spell of nostalgia for an irrevocable past: “I was right when I said I would never look back. It hurts too much, it drags at your heart till you can’t ever do anything else except look back. That’s what’s wrong with Ashley.”

Ashley personifies the first option. He is an exemplary Antebellum Southern gentleman – handsome, educated and honourable – yet his impracticality, his longing for an idealised past and his impotence render him unfit to survive in the world of Reconstruction which followed the Civil War.

However, Mitchell fails to offer a divergent approach to the past, one which incorporates the full brutal contrast between freedom and slavery in the Antebellum and Civil War periods – a world-view which is arguably impossible in a narrative written from the perspective of the white plantation-owning, and slave-holding, aristocracy of the South.

In failing to depict the past for what it truly was, we risk indulging in what Kathryne Bevilacqua described in her essay ‘History Lessons from Gone with the Wind’ as ‘a dangerous fantasy of escape from historical consequence’.

Scarlett and Ashley represent two conflicting models of approaching the past, yet both these models depend on conveniently overlooking the extent to which the privilege and wealth of the world in which they were raised were founded on the enslavement and oppression of fellow human beings – a realisation which sits at the heart of much abhorrence for Mitchell’s novel and her ‘racist’ agenda.

Yet looking deeper into Mitchell’s text, one observes that the politics of ownership and enslavement has the power to shackle the mentalities of the white elite. In Scarlett’s desperate attempts to achieve financial security for Tara, her friends and her family, she manages to reduce human relationships to mere financial transactions, stealing her sister’s beau, Frank Kennedy, and eventually marrying Rhett Butler not for love but for the protection and upward mobility which only their money can provide.

Rhett’s initial expression of his love for Scarlett is articulated in the language of trade, bidding for her to dance with him at the Confederate Bazaar in Atlanta for the price of ‘one hundred and fifty dollars – in gold’ – a scandalous offer which causes even the mild-mannered Melanie Hamilton to remark that the Bazaar is ‘just a little like a slave auction’.

In trying to escape from the recurring nightmare of poverty and destruction brought on by the war, Scarlett uses her femininity to manipulate the rules and proprieties of upper-class society which are designed to constrain the autonomy of Southern belles, and further increase their material and intellectual dependence on men.

Scarlett’s unscrupulous attitude to business and burgeoning independence are castigated by these same standards as ‘unladylike’, an inversion of the accepted social order where women were ultimately regarded as an extension of male property. In breaking free from these figurative chains, Scarlett ironically ends up a slave to her own avarice, failing to understand or experience true love in the process and abandoned by those she loves most – Rhett Butler famously not giving a damn.

It is clear that Mitchell’s narrative advocates caution in determining how the events of the past map on to our present and our future. In adopting this caution, one can uncover a more complex and subtle interplay between the notions of freedom and enslavement which underpin the lives of those in each stratum of Southern society, albeit to varying degrees of visibility.

Perhaps a final reflection should focus on how we view literary texts at all in relation to ever-changing social and cultural attitudes towards, and understandings of, events from our past. In her introduction to the Cambridge Companion to the Literature of the American South, Sharon Monteith wrote that ‘Readers…respond to texts differently in each era because the fictions function as barometers of changing values, beliefs and ideologies… literary texts, like historical moments, are neither static nor limited to their place or moment of production’.

I prefer to ascribe to this view. The first readers of Gone with the Wind were living through the greatest economic crisis in world history, that of the Great Depression, and arguably would have viewed this novel not so much as propaganda for race-hatred, but rather as propaganda for survival.

Mitchell herself, in the only extended interview she ever gave about the novel, described survival as the novel’s central theme – ‘if it has one at all’. In looking back to the Civil War, the closest example in living memory of a period of comparable emotional and economic trauma, American readers of Gone with the Wind in 1936 were offered contrasting assessments of the usefulness of the past in making sense of, and surviving, the sheer awfulness of the present.

Such retrospectives help any society to set distressing events in context, and can be observed even today – during the coronavirus pandemic, we have seen governments and civilians look to the Second World War as a reference point for dealing with a period of national adversity, and in stirring talk of front lines, NHS battle plans and the ‘invisible enemy’, responses have been framed in the language of historical military campaigns.

For readers and viewers of Gone with the Wind, the entire narrative of the past is shown in the minds of its protagonists to be simultaneously dangerous and idyllic, real and illusory – a rich complexity that we risk throwing away if culture is censored for failing to align with the standards and sensibilities of the present.