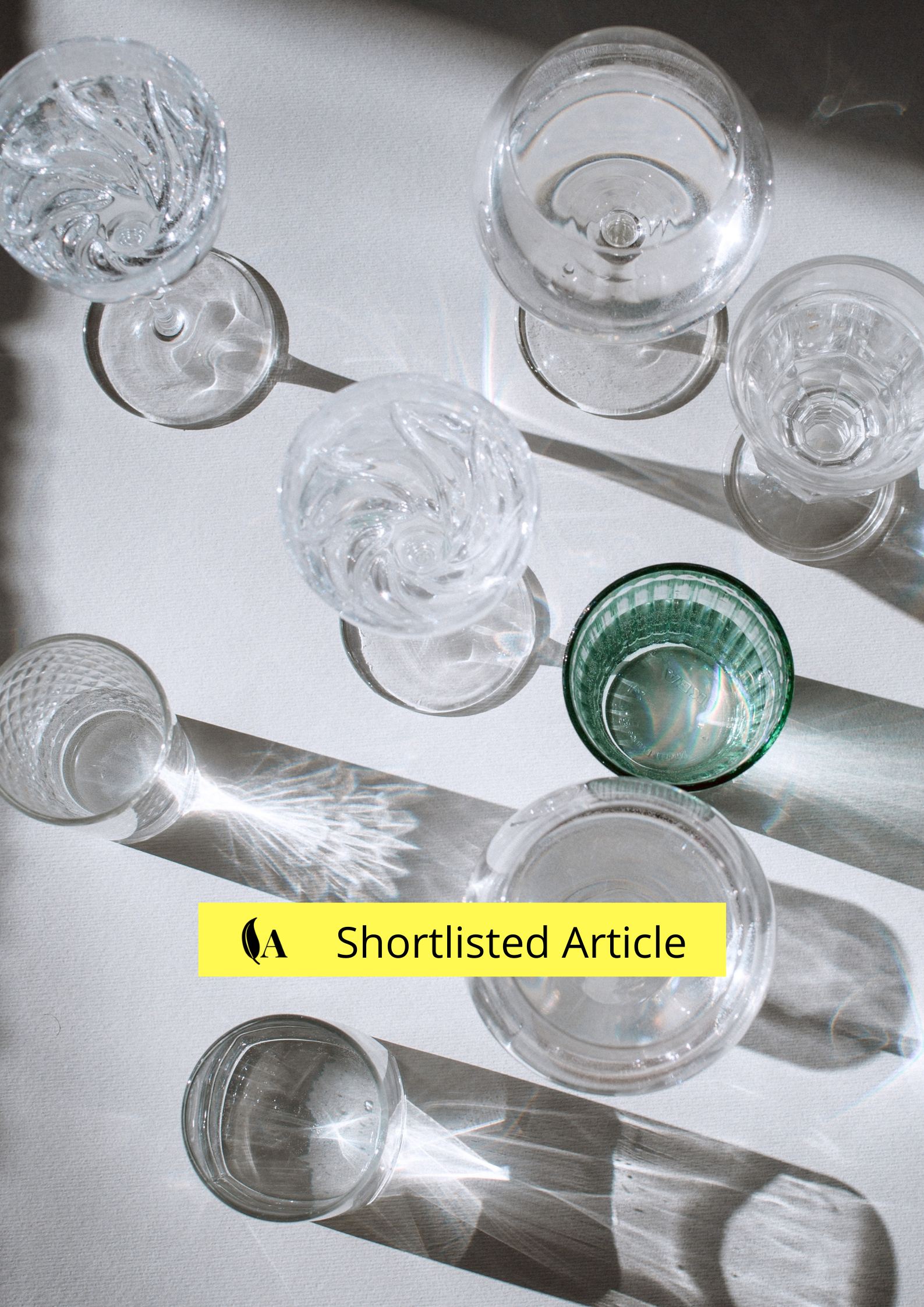 Ben Thompson says more people are asking the ‘Big Questions’ beyond the booze. This article was shortlisted by Adamah’s editors in our Young Writers’ Competition.

Throughout the pandemic, one phrase has been heard repeatedly: “I can’t wait for things to go back to normal.”

But what does ‘normal’ mean for great multitudes of people? What aspect of pre-lockdown life are people missing the most?

A poll from last May found that two-thirds of Britons missed seeing their family and friends during the lockdown period, whilst 38 percent said they missed going to pubs and restaurants, and 35 percent missed holidays.

That family and friends polled highest was heartening to read. The aspect of lockdown that I miss most is having the freedom to visit my friends or family whenever I choose to, without fear of being judged or making people feel unsafe.

However, the second most popular answer regarding pubs and restaurants gave me pause for thought. Do people miss going out because of the social aspect or because it has put a halt to their consumption?

In March last year, just a week into lockdown, an article was published in the UK national The Independent which suggested that Britons should abstain from drinking alcohol during their time indoors. The piece was written by Ian Hamilton, a lecturer in the Department of Health Sciences at the University of York, and suggested that people avoid alcohol so as not to compromise their health.

At the time, the article drew a lot of responses from readers with some interesting insights into their own relationships with alcohol.

“Allowing people to have a drink is the only thing stopping mass riots at the moment, we need to be subdued for time to pass quicker. Hangovers mean folk will stay in too…”

This outbreak of defensiveness was a bizarre sight to witness. Bear in mind that this was coming a week into lockdown, so it was hardly like people had been exiled from their local for too long.

Booze-on-the-brain hasn’t diminished in the months since. You can’t move online without seeing a tweet or Instagram story reminiscing about ‘messy’ nights out.

Such comments surely suggest that Britain needs to engage in some serious self-reflection as a nation and re-evaluate its relationship with alcohol.

The statistics present a pretty stark picture of Britain’s relationship with the bottle:

Initiatives like Dry January and Sober October offer people a chance to go without drink for an entire month, often in support of a charity of their choice.

Over 60,000 people opted to participate in Sober October in 2020, and generally Dry January has higher numbers – in 2019, 82,000 registered to participate via the website, and another four million attempted to go sober without registering.

But even beyond going cold turkey, there are ways people can live more fulfilling lives in post-COVID times without relying on the quick thrills of alcohol.

Without pubs to flock to, people have found other ways of filling their time over lockdown – many of which have great benefits on a physical, mental and spiritual level.

Activities like baking, gardening and knitting saw the greatest increases in popularity. According to a survey by The Healthy Work Company, 41 percent of people reported that taking up a new activity improved their mental health, with a reported 30 percent indicating the same for having rediscovered an old hobby.

It is to be hoped that in post-COVID times, people will stick with the new hobbies they have picked up over lockdown. Not only are there great benefits to sticking with a hobby – people with hobbies are less likely to suffer from stress, low mood, and depression – but they provide opportunities for forming communities of enthusiasts, learners or simply participants.

People, particularly young people, often find that their social circles are shaped by clubbing and partying. It would make for a nice change of pace if their friendships were based on shared interests in activities that do not lead to an all-day hangover.

But it may be that the greatest contribution to sobering up our culture will be the new awareness of death which Covid has brought to the fore. Without the escape hatch of the bottle (which is a shortcut to evading the issues of life and death), there is already some evidence to suggest that people in the UK are asking the ‘big questions’ about life and its deeper meaning, because of the pandemic.

A survey conducted in April by the charity Tearfund found that one in 20 adults had begun to pray over lockdown, despite having never done so before.

It found, too, that 26 percent of respondents said they prayed at least once a month, for varying reasons – belief in God (45 percent), believing that prayer made a difference (33 percent), comfort in a time of crisis (26 percent), and to ease loneliness (24 percent).

The age bracket which reported praying most was – perhaps surprisingly – the 18-to-24-year olds, 30 percent of whom reported praying. This trend was seen in other studies too.

A survey run by Savanta Comes between July 31 and August 3 found that 45 percent of 18-to-24-year-olds had prayed in July.

This existential pondering is being seen all over the world. Research conducted by the University of Copenhagen found that prayer-related Google searches were more than 50 percent higher in March 2020 than they were in February.

If this year of pandemic has shown us one thing, it is that life is uncertain and not to be taken for granted. Going forward, we could all do well to reassess what we prioritise and ask ourselves whether high levels of alcohol consumption are really going to meet our needs.

This article is not an evangelist’s rant against the demon drink (I am not a convinced believer myself) but as a young person I can see that my peers need a better form of spirit than the one provided by bottles.

And some are searching for that spirit. As it stands, irreligiosity is on the rise in the West. But that trend does not rule out individuals taking time to ponder spiritual questions and posing the big existential questions about life beyond the Happy Hour.

Ben Thompson is a writer and journalist based in Stockport, Greater Manchester. He enjoys writing about social issues, cultural trends and modern history. His work has also appeared on Mancunian Matters, The Mallard, Backbench and aAh! Magazine.