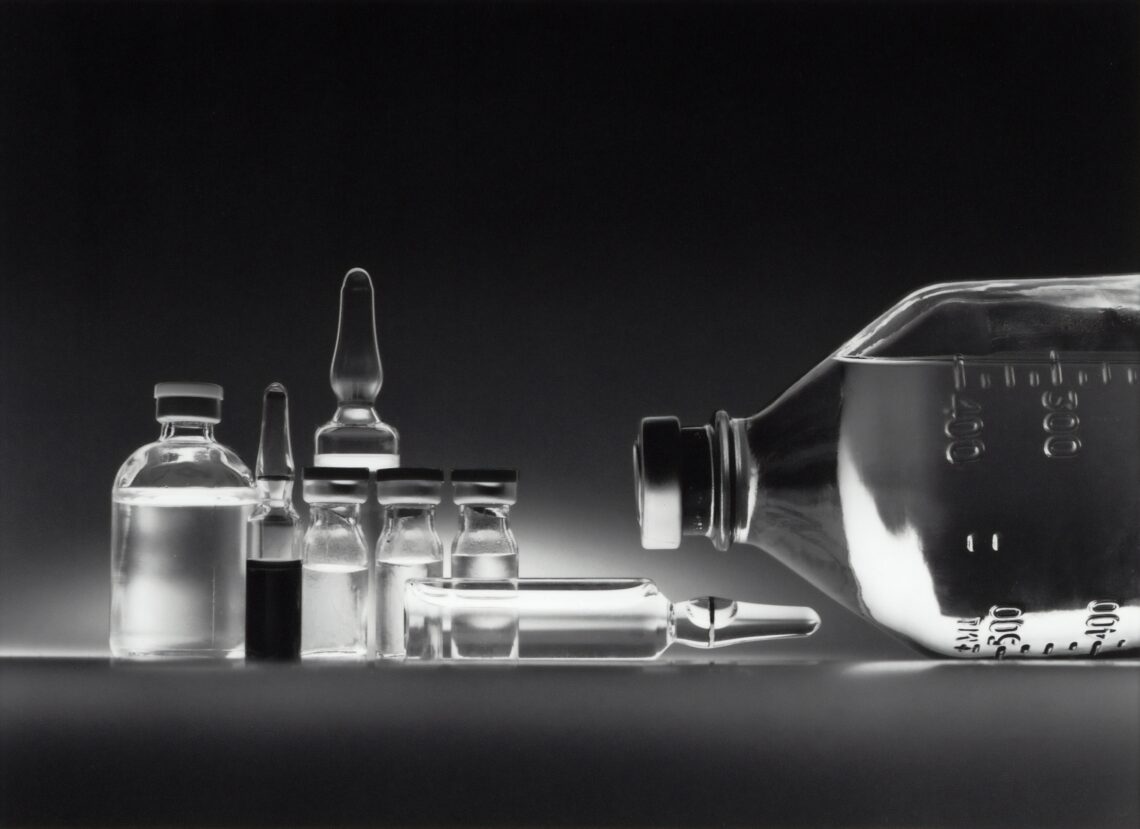 As euthanasia is hotly debated in various countries, Bertille Lelong reports on an inter-religious symposium which explored attitudes to dying in different religions.

Technology is allowing us to have ever greater control over the world around us. But perhaps for this very reason we feel ever more afraid of all those forces we cannot control, and uppermost among these must surely be death.

We are desperate to try to control it, so as to feel less impotent in its presence. But some believe that this control should include the possibility to choose death should life appear meaningless or too burdensome. This is euthanasia, which can be administered with relative painlessness and so has become yet another option technology has made possible.

Thus our era’s many technological advances open up to us new possibilities which, for all that they promise, should not be legalised without careful discussion and debate.

Foremost among these is the question of assisted dying. The fact that now we can cure ourselves of so many conditions which, even a few years ago, would have killed us raises numerous ethical questions. Should our efforts to control death include the option to choose it prematurely? Or should rather the awareness of so many healing and palliative options now available to us through medical science and technology, combined with an acceptance of our human limitations, lead us to reject euthanasia once and for all, even without considering its ethical difficulties?

These were questions examined at the end of November in an inter-religious symposium at Newman House, the Catholic chaplaincy for London’s universities, entitled Assisted dying: eugenics, euthanasia and medicine. The discussion was held in the context of the UK parliament’s Assisted Dying Bill, which aims to enable terminally ill people to obtain assistance to end their lives. Indeed, this bill, which has already been debated by the House of Lords, is due to be submitted to the committee stage: the first chance for line by line examination of the bill.

The event brought together various speakers and a healthy online audience. Two of the speakers were members of the Moral and Ethical Advisory Group (MEAG) which aims at providing independent advice to the UK government on moral, ethical and faith considerations related to health and social care issues: Rabbi Dr Moshe Freedman offered an insight into Jewish views and perspectives and Mohamed Omerboard did the same for  Muslim views. The last speaker was Daniel Sulmazy, professor of biomedical ethics at Georgetown University in the United States.

As the speakers explained, the question of assisted dying and euthanasia emerges in the context of a demographic increase of the elderly, which in turn leads to concerns over the burden they may represent.

Hence, this debate is part of a much wider one which includes how our society views human weakness in its many forms: old age, disability, grave infirmity, etc.

One speaker clarified that an important distinction should be made between the terms euthanasia and assisted dying or suicide: the patient is an active protagonist in the decision in the latter case, while he is more passive in the former. Furthermore, the patient is the one who performs the act of killing himself in the case of assisted suicide, unlike euthanasia which is performed by medical staff.

Whilst this distinction may appear insignificant, studies reveal that people usually prefer euthanasia to assisted suicide when there is the choice in a country. And that is intrinsically linked to the question of the control of death: as soon as the doctor is the one in charge, the patient feels safe and thinks that everything is under control. This reveals the paradox that people claim to want control over death but actually prefer to pass the responsibility of ending their lives to someone else.

While England is studying the possibility of legalising assisted dying, some countries are already much further down the eugenic pathway. The Netherlands, known for its liberal laws about life and death, passed a bill in 2001. Now, assisted suicide and euthanasia can be counted as one of the most common causes of death for Dutch people, said Rabbi Freedman.

Pro-life campaigners have pointed out that medical treatment has been made to seem overly burdensome and too much a burden on society since the legalisation of euthanasia, which pressurises people to opt for an early death. Hence, what seemed merely a permissive law has actually had an active influence on moulding public attitudes to life and medical treatment.

The traditional ‘slippery slope’ argument is often used to counterbalance the rush towards euthanasia, and in truth no satisfactory answer to it has been found, a speaker argued. How does society define such a subjective thing as pain? What objective safeguards can be put in place when words such as ‘unbearable’ and ‘unacceptable’ are definable in a thousand ways?

In the Netherlands, Belgium and Canada, for example, the vagueness of the law makes it very difficult to refuse any choice to the patient (including euthanasia) because the concept of suffering and what is intolerable is subjective, and can hardly be controlled. Moreover, one might say “I am thinking about suicide” as a way to trigger a reaction, a kind of cry for help, a plea for reassurance, but following euthanasia’s legalisation, the answer all too often is:  “Sure, go ahead, it’s ok. Here’s the form to sign …” A  general acceptance that suicide is permissible – and even advisable – is very dangerous, the speakers agreed. The concept of life as a protected good is thus threatened.

One of the most striking things about this talk was that different religions seemed to share a common view.They all agreed on the fact that the value of life is absolute and non-negotiable.

Thus in Judaism, everything must be done to alleviate any suffering in the last moments of a person’s earthly existence, but it is absolutely forbidden by Jewish law to help someone end their life. Praying for a merciful death is accepted as it puts the responsibility on God: it lets God decide above human logic or external pressures which may suggest that finishing one’s life is a matter of personal judgement.

The consensus among the speakers was that, whatever the result of current UK attempts to legalise euthanasia, no one can predict what the consequences will be in the future. There are many hidden dangers which are seen by many as a price too large to pay for a benefit too small, and incidentally for a very small number of people.

Legalising assisted suicide reduces a dignified end to life to the choice to kill oneself or be killed.

It disregards so many other ways to help people face the dying process, such as the many forms of palliative care, the extraordinary loving care provided by the hospice movement, and many more.

The last speaker, Daniel Sulmazy, focused on the risks of opening the door to ‘mercy killing’. His view linked current thought to what happened at the beginning of legalised euthanasia in Nazi Germany. His main idea was that assisted dying has a lot to do with power and control over our bodies. Rudolf Ramm, a German doctor and politician, was one of the first to have expressed his thoughts on euthanasia and linked it to the role of the state: “It’s the role of the physician to be pioneering in regard to these ideas; it is the task of the state to give it the force of the law.” Those words written in 1943 sound eerily modern.

Ramm thought euthanasia was a solution to the ‘burden’ that people affected with some hereditary illness were to society and so the regime should have the right to allow physicians to try out what they wanted on such people.

The Nazis wanted to be in control of the population, choosing what kind of people were ‘good enough’ to give birth to, and, nowadays, it seems that the notion of control is still uncomfortably present albeit in a different way. Whilst we are able to control more and more things thanks to scientific progress, what cannot be controlled becomes an experience of suffering and therefore is more and more unbearable. The uncontrollable must therefore be eliminated. But control remains illusory as death always wins in the end. Thus, Daniel Sulmazy’s comparison with Nazism is a call to remain vigilant. Errors of the past have an unfortunate habit of repeating themselves.

The Newman House event was a call to be humble in the face of death, seen across the great world faiths as something we should leave to God, accepting our human condition.

Law, medicine, and human beings are not perfect. We need to recognise the limitations we have in all those areas, and accept that we cannot control everything. We have to acknowledge the very fact that we are going to die and, for those with a religious faith, trust that God is in control.

Medicine, if it cannot cure a disease, should not seek merely to eliminate the problem. Good medicine understands its limits. Every doctor should remember what Hippocrates, who gave the earliest expression of medical ethics, said: “When the patient is overmastered by disease, desist, because medicine is powerless.”

Bertille Lelong is a resident at Newman House Catholic Chaplaincy for London Universities. She is an exchange student at UCL studying such subjects as energy, management and even geopolitics! Her home university is CentraleSupélec, a French engineering school to the south-west of Paris, where she has discovered how many branches of engineering there can be - and how interesting they are!