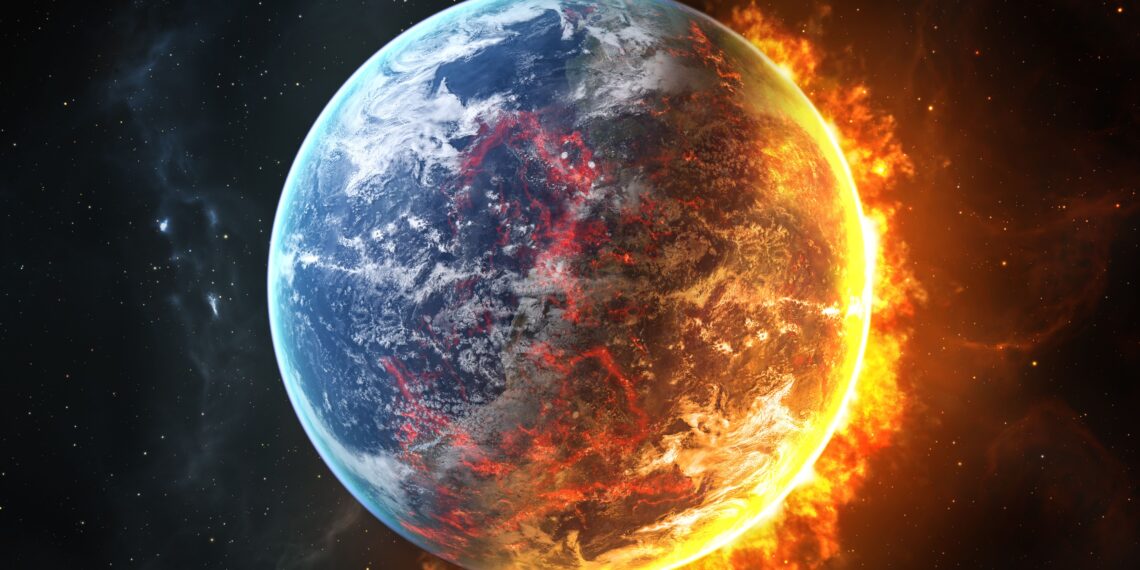 Sean Wild looks at the looming mass exodus from countries made uninhabitable by climate change and asks what the West is doing to prepare.

The world is at a pivotal moment when it comes to climate change and the state of the planet.

According to current warming projections, the earth is on a path to go over the threshold of two degrees celsius, which the Intergovernmental Panel on Climate Change (IPCC) set as the point the world needs to stay below in order to avoid many of the cataclysmic effects of climate change.

The IPCC has released a number of reports recently that predict that our planet is on a path to exceed the goal of 1.5 degrees set at the 2015 Paris Climate Summit and has also found that it is happening faster than previously expected. Even with the current national pledges made at the 2021 Conference of the Parties in Glasgow, Scotland (known as COP26), the current temperature projection is still 2.4 to 2.7 degrees celsius above pre-industrial levels.

These figures take into account the national pledges made by countries around the world to cut emissions by 2030, which means those numbers have the potential to be even higher if parties fail to uphold their promises. These are better projections than those after the 2015 summit, however, which predicted warming to reach 3.5 degrees, suggesting that mitigation efforts have been effective to some extent.

But even with these decreased predictions, there is still much work to be done.

During her speech at COP26, Prime Minister of Barbados, Mia Mottley said: “1.5 degrees is what we need to survive, 2 degrees is a death sentence.”

This is true especially for island nations like Barbados and many others. While projected numbers are improving, the real world impact of a world of two degrees warming would have serious and potentially life-threatening consequences for many people around the world, especially for those living near coastal regions.

The climate crisis affects the entire planet. But different areas of the world are affected in different ways and at different severities. For example, island nations such as those in the Caribbean; South-Asian countries like Indonesia, Sri Lanka, and the Philippines; and other Pacific island regions such as the Hawaiian Islands (just to name a few of many) are much more susceptible to many climate-related impacts.

With sea levels projected to rise by one to three feet globally by 2100, the detrimental impact could drastically change the lives of people within coastal regions.

In addition to rising sea levels, severe weather patterns like hurricanes and tropical storms have already become more frequent and less predictable. If sea levels continue to rise, and storms, floods, and droughts continue to become more numerous and dynamic, many island nations and coastal regions could become uninhabitable for humans.

This loss of people’s homes, cultures, and nations would clearly be a heartbreaking tragedy. If this type of tragedy occurs, those living in these places would be forced to migrate for their own survival. The U.S. and other developed nations would likely experience a large influx of migrants looking for a safe and secure place to live.

And that leads to the question: in what way are developed nations responsible for providing shelter to people from countries that have lost their homes to climate change, given that these developed countries are far more responsible for the amount of the world’s pollution and greenhouse gas emissions?

A report on the impact of climate change of migration commissioned by the White House acknowledges that ‘extreme weather events and conflict are the top two drivers of forced displacement globally,’ but also concedes that ‘the United States does not have well-established alternative pathways to complement refugee resettlement through which the United States can admit individuals facing serious threats to their life because of climate change’.

Migration due to environmental reasons often intersects with a number of other factors. The 2021 Report on the Impact of Climate Change on Migration states: “Disaggregating climate change from the many other factors influencing individuals’ decisions to migrate is difficult, as is the ability to understand indirect links between climate change and other drivers.”

This can make establishing a climate refugee status difficult. Though tough to parse out these interwoven factors, it is clear that climate change often exacerbates many things such as conflict, war, and violence, as well as the shortage of necessary resources like water, food, and land.

Climate change renders many of these essential resources scarce, making conflict over what remains more and more inevitable.

The concept of climate debt is the idea that developed nations have a duty – or liability – to less developed countries on account of being responsible for the disproportionate majority of global emissions and the resulting ecological harms.

The concept of climate debt can be a controversial topic, partially due to the fact that if a developed country acknowledges its climate debt,it indirectly admits to its own complicity in getting to this point of crisis. The principle of common but differentiated responsibilities, a concept formalized at the 1992 Earth Summit in Rio de Janeiro, acknowledges the uneven responsibility of each country in battling climate change.

Historically, the United States is the largest emitter, responsible for 28 percent of emissions. Aside from the U.S., other countries currently emitting high amounts of greenhouse gases are China, the combined countries that make up the European Union, India, and Russia.

Given that the principle of common but differentiated responsibilities has established that the onus of dealing with the effects of climate change falls on developed countries, would it not be part of that duty to establish some kind of climate debt program?

And if these effects continue to devastate and destroy the homes of so many from island and coastal regions, is it not within the obligation of developed nations to also institute some sort of climate migration policy to aid those forced to flee their homes?

However, this was after developed nations failed to fully follow through on a promise made in 2009 at COP15 to ‘provide US$30 billion for the period 2010-2012, and to mobilize long-term finance of a further US$100 billion a year by 2020 from a variety of sources’ to developing countries around the world.

The Glasgow Climate Pact, an agreement that came out of the most recent COP gathering, acknowledges that ‘climate change has already caused and will increasingly cause loss and damage’ and urges developed countries to ‘at least double their collective provision of climate finance for adaptation to developing country Parties from 2019 levels by 2025’.

It remains to be seen if these new promises will indeed help developing nations adapt to the inevitable effects of climate change or remain another commitment that fails to live up to its words.

It is imperative that not only are these adaptation fund goals met, but that all other measures promised by developed countries to reduce their emissions and combat the climate crisis are also kept.

Climate change is often discussed in abstract terms and figures. It is important to remember that climate change greatly and negatively affects the real lives and livelihoods of people around the world.

Speaking on the IPCC report released in October of 2021, Debra Roberts, co-chairperson of the IPCC Working Group II, recently said: “We’ve got a lot of information about how the physical climate is changing, but what people really want to know is how their lives will change… how people’s lives, their jobs, the regions they live in, the cities they grew up in, the rural areas they may have been born in will all be changed and what agency we have to respond to those changes.”

The way in which countries like the U.S. handle their role in climate change and the potential flow of migrants can have a wide array of repercussions.

With the forced migration that will come if the world does not make strong efforts to combat climate change, developed countries like the U.S. need to take a serious look at their immigration and refugee policies. Can we as a nation claim moral authority while refusing to help those displaced by climate change that we ourselves have been complicit in causing?

This is a slightly edited version of an article that was originally published on Rehumanize International. Click here for the original article. It is republished here with permission.

Sean Wild is a staff writer for Rehumanize International.