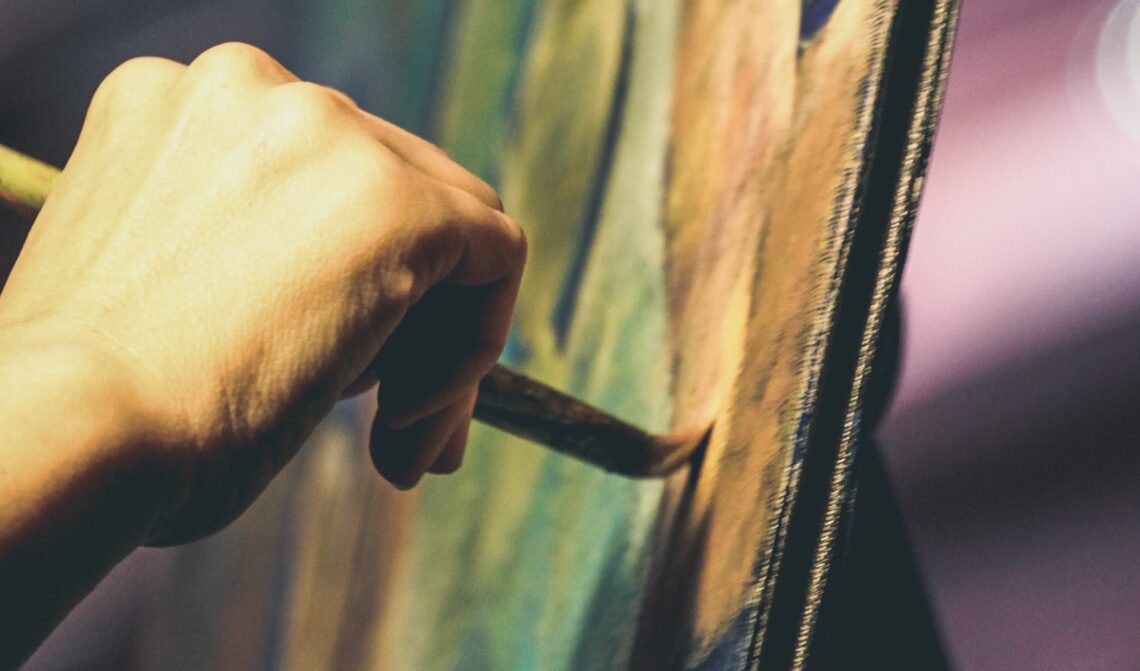 Adam Brocklehurst reveals the tricks of one of Europe’s great painters and the genius of his lesser-known nephew.

Giovanni Antonio Canal, better known as Canaletto, was born in Venice in 1697. His paintings have rightly earned him a place amongst the great masters of the European artistic corpus. He is known for his vedute or cityscapes, such as The Bancino di San Marco on Ascension Day (1733-4) or The Grand Canal with the Scalzi and San Simeone Piccolo (1727). Both show typical Canaletto scenes of Venice, apparently painted from a point of observation somewhere in the distance.

But where exactly that ‘somewhere’ is – just where Canaletto is painting from – has long been a source of conjecture. As Casper J. Erkelens explains, Canaletto repeatedly invents points of perspective, he breaks the rules regarding building size and the placement of figures. And the play of light (though beautiful) is naturally impossible in many of his paintings.

You might think that such artistic licence would be more at home in the Teatro La Fenice, the Venetian opera house, and you would be correct. For this is the secret of the Venetian master: it was in the theatre where the young Canaletto learned his craft, training under his father, a painter of theatrical backdrops.

Perhaps it’s this theatricality which bewitches despite what some critics consider a  lack of psychological depth. His paintings are easy listening for the eyes, beauty for beauty’s sake.

Canaletto’s work sometimes feels claustrophobic, enclosed, as though the artist has shrunk the landscape, so as to crowd in as many points of interest as possible. He saves the movement and drama for his magnificent rolling skies high above his modified world. Canaletto seats the spectators of his work amongst the paying customers, watching from distant seats in a darkened auditorium.

And this was, after all, the purpose of Canaletto, to provide a splendid background to the lives of the flashy young men who snapped up his paintings whilst on the perquisite grand tour of Europe. To be later hung against the Prussian Blue silk damask of their drawing rooms, next to the inevitable portrait by Pompeo Batoni, as the 4th Duke of Bedford did when he bought 21 Canaletto paintings as set dressing for his palatial houses in England.

The deficiencies of the master were corrected in the student. Canaletto’s nephew Bernardo Bellotto, who confusingly also sometimes signed himself Canaletto, I suspect as a homage to his uncle rather than as an attempt to deceive, was also a vedutista. He travelled widely seeking and finding the patronage of various European royal houses, working for the formidable Empress Maria Theresa of Austria, amongst others.

Around 1756 the great patron of the arts, the Elector Augustus III of Saxony, responsible for so much of the gorgeousness within Dresden, that beautiful city on the river Elbe, commissioned Bellotto to paint a series of views of what is often referred to as the Saxon Bastille, the great political prison and fortress of Konigstein Castle just outside his capital.  The structure was also a place of refuge for the Saxon Royal House, and a repository for the extravagant treasures of the royal dynasty. It was here that the Elector fled during the tumultuous Seven Years War, before he was forced to capitulate to the superior forces of Prussia.

Thanks to this defeat, the five canvases were destined never to be delivered. Instead, four of the canvases found themselves in British collections, and they were recently brought together for a small exhibition in Manchester, England.

Where to begin? It’s possible to wax lyrical regarding the fine skill of the artist as he flawlessly captures the monumental scale of the castle buildings in Konigstein Fortress from the North (1756-8). They rise above the bucolic working agricultural landscape with all the foreboding power of a gothic castle. In fact, the architecture is severely vernacular, these are recognisably institutional structures, the uniformity only slightly relieved by the red tiled mansard roof.

The virtuosity of Bellotto as a colourist is evident in his handling of the greys and ochres of the decaying exterior of the building. Further atmosphere is added by his masterly depiction of the blues of the summer skies which seem to me to capture that time just before afternoon turns to evening, when the forget-me-not azure darkens to something tinged with violet, heightening the sense that change is just on the horizon.

Perhaps only the British master of atmospheric colour J. W. Turner could extract a greater emotive response from the application of pigment to cloth in a landscape painting.

Who cares if Bellotto uses a camera obscura, as has been suggested, to refine the perspective, to create an exactness to the topography? He was simply using the tools at hand. And there is nothing at all one dimensional about Bellotto’s work.

Whereas the figures of his illustrious uncle are Instagram-ready, richly dressed mannequins, stiffly strutting and parading on distorted piazzas, the gente within The Fortress of Konigstein: Courtyard from the Magdelenenburg (1756-8) are altogether freer.

In one vignette a couple speak intimately as a small terrier, its tail wagging furiously, barks excitedly. A group of servants gossip as they hang out laundry. It is a scene full of snatches of everyday life, humanity, and incident. And here you feel Bellotto’s debt to such Northern European genre painters as Jan Steen, or Hendrick Avercamp. Bellotto shows great restraint, resisting the temptation to allow his work to denigrate into caricature.

And radically, rather than seeking to flatter his patron, Bellotto embraces the paradoxes present in the world of the Elector, when darkness intrudes in The Fortress of Konigstein: Courtyard with the Brunnenhaus (1756-8).

The observant viewer will notice a realistically shabby man loitering with intent in the shadows, and armed guards follow a fashionably dressed couple at a discreet distance through elegantly manicured gardens. Balletto doesn’t hide behind artifice to mask the fact that this palace is also a prison, a place of suffering. The final destination for religious and political dissidents, for prisoners of conscience. A fortress where knowledge is tightly constrained, even during the supposed free-thinking eighteenth-century enlightenment.

What he says so eloquently is that, in the real world, darkness shadows light and goodness often lives on the same street as evil. It is ultimately a realistic view of his world and of ours.

Celeste Coury of the Metropolitan University of Manchester embraces this realism as part of ‘Der Zivilist Collective’. She and her fellow students present a multi-media re-imagining of Bellotto’s views of Konigstein. They democratise the landscape, taking the paintings away from their princely and aristocratic contexts, and make the prisoners, the protagonists of the pictures and their narratives, relatable to modern day Mancunians. To this end she uses satire, and personal reflection. She is tapping into the subversive tradition of art, to encourage the viewer to think. To move away from the formulaic and unconvincing in their lives. To find that personal point of perspective that is so important.

It’s just as important for us to look beyond the obvious, to seek more depth than our over-edited, contoured, social media driven world has to offer. Be it life or art, the trivial may be easily digested, but it is rarely nourishing.