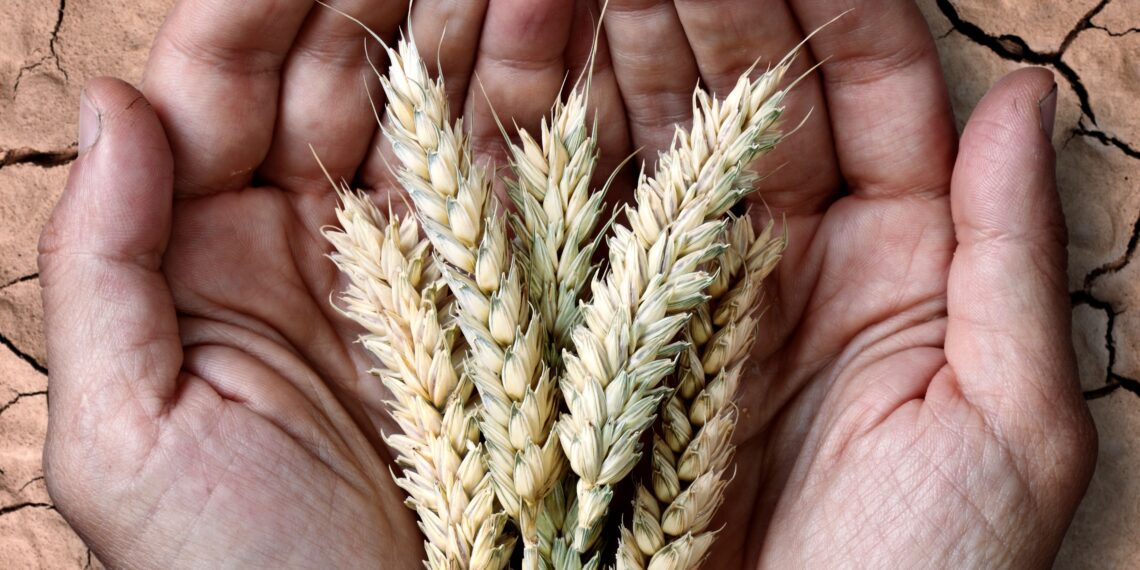 John Whitehead on how the Ukraine war is worsening a global food crisis.

One of the terrible consequences of Russia’s invasion of Ukraine has been a disruption of the global food supply. The war has obstructed the export of crops and other materials from both Ukraine and Russia. This obstruction has worsened a world food situation already made precarious by climate change and the COVID-19 pandemic.

Millions of people are now facing possible famine or near-famine. United Nations Secretary General Antonio Guterres recently warned: “There is a real risk that multiple famines will be declared in 2022… And 2023 could be even worse.”

Diplomacy may end the blockage of Ukrainian and Russian exports, but the current crisis underlines the need both to provide adequate humanitarian aid to food-insecure people and to address the world food system’s overall fragility.

Both Ukraine and Russia are leading exporters of agricultural products. Ukraine has long been a breadbasket nation: prior to the present war, the country exported more grain than the entire European Union, at a rate of about five million tons monthly. Russia has been the world’s largest wheat exporter, accounting for almost one-fifth of wheat exports (Ukraine accounts for another seven percent). Russia is also a significant supplier of major fertilizers.

The Russian invasion upended the export of these products. The Black Sea was a major route for Ukrainian exports – in 2020, some 95 percent of Ukrainian wheat was transported across the sea – but the war closed that route. Russia has imposed a naval blockade on the crucial ports of Odesa and Mykolayiv. Both countries have laid mines in the Black Sea; in Ukraine’s case, to protect its coastal region from attack.

More than 20 million tons of grain collected in Ukraine’s record-breaking 2021 harvest are trapped inside the country. Some crops have been transported by land and river, but these methods are less efficient and face problems such as bottlenecks. By this June, grain exports had fallen to around two million tons.

Russian agricultural exports have apparently also been obstructed by economic sanctions imposed in response to the invasion. Although crops and fertilizers are supposedly exempt from US sanctions, shipping and insurance companies may have been averse to dealing with Russia; US officials have spoken of possible ‘overcompliance’’ with sanctions and stressed the agricultural exemptions, which suggests a blockage of Russian exports. Whatever the precise cause, fertilizer prices are rising to record levels.

Reduced exports and higher food and fertilizer prices threaten both a reduced food supply to food-importing countries and reduced capacity for farmers to grow more food. High fertilizer prices could also prompt other food-producing countries to limit their exports, setting off a chain reaction of ever-diminishing global food supplies. This wartime damage falls on a global economy already weakened by climate change and COVID-19. Food prices had been rising in many countries even before the current war.

The World Food Programme estimates 345 million people in 82 countries are acutely food insecure or at high risk in 2022 – more than double the pre-pandemic number.

UNICEF estimates that the lives of eight million children are at risk from the deadliest form of undernutrition.

One hopeful sign amid this dire situation was the July 22 Ukrainian-Russian agreement to allow the flow of exports through the Black Sea again. The agreement, the result of negotiations brokered by the United Nations and Turkey, could offer relief to nations dependent on Ukrainian crops while allowing Ukrainian farmers to prepare for the coming harvest.

Even if the agreement holds, though, much needs to be done. The United States and other developed nations should fully fund efforts to provide aid to people suffering food insecurity: The World Food Programme’s reported funding needs are over $22 billion, for example, while UNICEF has requested $1.2 billion. Private donors should consider giving to the work of Catholic Relief Services and the Mennonite Central Committee in this area.

In the longer term, nations and international organizations need to invest in rebuilding Ukrainian agriculture so the country can continue to supply grain to the world. Policymakers should also consider promoting farming of wheat and corn alternatives, such as indigenous crops in African nations. Greater agricultural variety and self-sufficiency could make countries less vulnerable to supply disruptions such as the Ukraine war.

No innovations are ever likely to make countries wholly independent of each other, though. Both the pandemic and the food crisis have reminded us that we are all affected by decisions and events half a world or more away. What is most needed in the long term is wise statesmanship to make peace and build a more stable, prosperous world.

As Secretary-General Guterres put it, “In our time – a time of conflicts, climate crisis and COVID-19 – there is simply no sustainable alternative to dialogue, international cooperation, and global solutions.”

This is a slightly edited version of an article that was originally published here on Rehumanize International. It is republished here with permission.

John Whitehead is a staff writer for Rehumanize International.