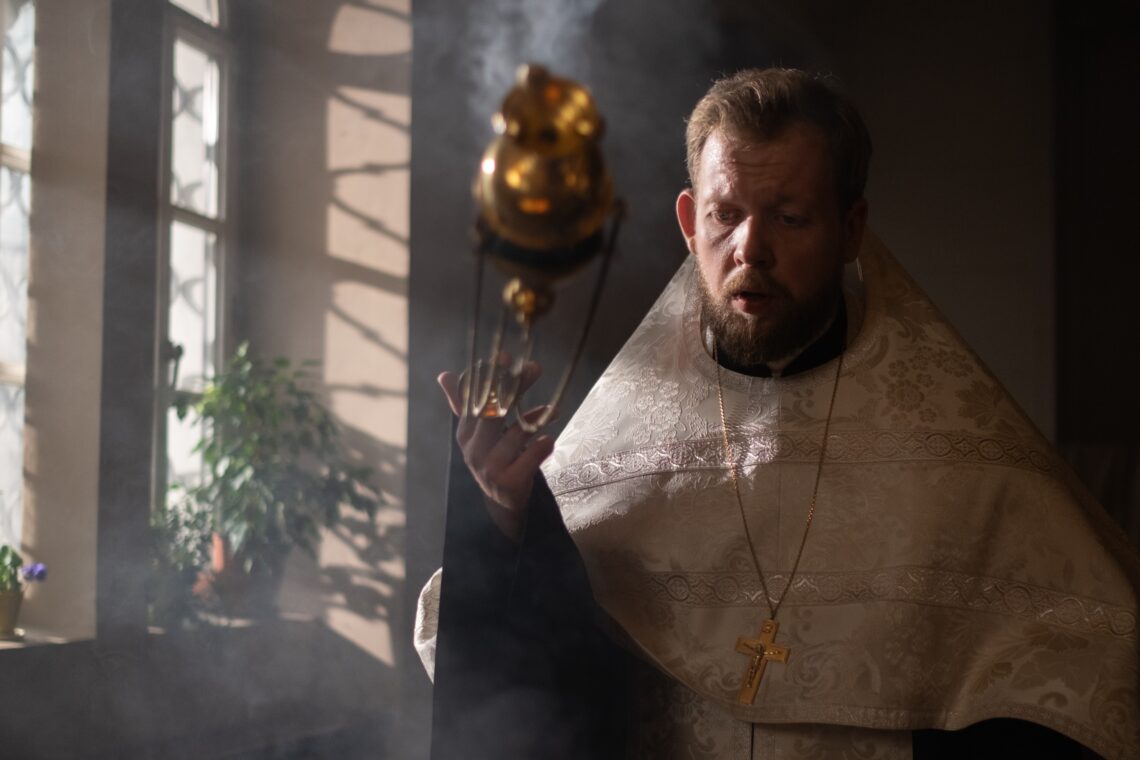 Maddy Fry looks at the often grizzly outcomes of an incestuous relationship between church and state.

Colonialism in Africa is rarely out of the headlines these days. Yet it’s often forgotten that one of the biggest nation-states on the continent escaped it, almost unscathed.

The Battle of Adwa is remembered by Ethiopians much as Britons remember D-Day. It’s a moment when the country feels it prevented an oppressive power from taking over and enslaving its peoples.

The defeat of the Italian army by the forces of Emperor Menelik II in 1896 was a key moment in the pushback against imperialism, particularly when the Scramble for Africa, that notorious act of land-grabbing by European powers, had begun just over a decade before.

Nationalism rarely engenders positive or useful sentiments, yet the Battle of Adwa and the reassuring presence of the Orthodox Church are still key to the identity of many Ethiopians – particularly when their country is seen by outsiders either through the lens of Band Aid or the Ark of the Covenant, and so as famine-ridden or fantastical.

It’s no mistake that St George, the country’s celestial patron, often appears in artworks depicting the battle. The victory was, and still is, a moment when national and spiritual renewal were one and the same.

As  with many commemorative days, it’s easy for reality to be lost in the fog of national myth-making.

It can be particularly cringe-worthy if a church wades into displays of gluttonous patriotism.

Yet the Ethiopian Orthodox Church didn’t just lend its support to the battle – its role was crucial to the eventual outcome.

Religious leaders had flanked the emperor during his coronation in 1889, and enjoyed a close relationship with the state that allowed them to play a ‘soft power’ role after Adwa. Senior members of the church helped secure the release of more than 200 Italian prisoners of war, a move that was only possible because the Vatican asked the church in Alexandria for help, keen to use the link of Oriental Orthodox Christianity as a channel for religious diplomacy. It was a positive example of the church being an arm of the state.

Yet the recent war with Tigray has shown a darker side. Tensions between the armed rebel group, the Tigrayan People’s Liberation Front, and the government in Addis Ababa flared up in 2020, rooted in the region being sidelined in previous peace negotiations with Eritrea. Thousands of people have died in the violence. It’s one of many moments where Ethiopia’s vast regional and ethnic differences have undermined the unifying mythology of Adwa.

Preachers within the Ethiopian Orthodox Church like Daniel Kibret have voiced support for the government’s violent attacks on the Tigray region. In an inflammatory speech, Kibret, who also acts as a government adviser, compared the rebels to Satan and said that they should be the ‘last of their kind’.

Professor Paul Gifford from the School of Oriental and African Studies in London highlighted that “Kibret is not the only one [to say such things]; that sentiment must be fairly general. The church has been sidelined in government since 1974, but ethnic identity is obviously as strong as religious identity.”

For many, the two clearly go hand-in-hand, shown by how the Tigray Orthodox Tewahedo Church has split from its larger cousin after the violence began.

A more high-profile example of a too-cosy relationship between church and state has been the Russian invasion of Ukraine, a move that was condemned across the globe but had the vocal support of the Russian Orthodox Church. Patriarch Kirill, the head of the church, gave the conflict his blessing, describing anti-Russian fighters in Ukraine as ‘evil’ and exhorting his flock to support the young men ‘now defending Russia on the battlefield’. He has gone so far as to promise a heavenly hereafter to those who die in the conflict – on the Russian side, of course.

Anna (not her real name), a London-based deacon in the Church of England who was brought up near Moscow, highlighted how deep this complicity with Russia’s political and economic elites goes. She called the relationship ‘incestuous’, one where the church, the oligarchs and the state are all intertwined without much concern for justice.

“Wealthy people in Russia will shower the church with money when there are old and infirm people begging in the streets.

There’s a very cheap, shallow approach to spirituality that has become normalised, with people getting their cars and homes blessed without much concern for anything else, which suits Putin,” she said.

This predates the attack on Ukraine.

In 2020 the Cathedral of the Armed Forces was erected near Moscow as a monument to an Orthodox-flavoured brand of patriotism and militarism. Children as young as 11 can also be sent to church-run camps where they are taught to love ‘the fatherland,’ sing nationalistic songs and split into pretend armies to act out battle scenes.

More recently, the devoutly Orthodox businessman behind the Tsargrad media group admitted to initiating a felony case against a mayor in Ekaterinburg, Yevgeny Roizman, who had called the attack on Ukraine an ‘invasion’.

Anna says this is all linked to a form of Russian exceptionalism, one she finds thoroughly distasteful.

“There’s a very fake, ugly narrative about ‘holy Russia’ that says we’re a nation uniquely favoured by God and that we have a special mission to uphold traditions and standards that the ‘decadent West’ doesn’t have – a mission that justifies what is happening in Ukraine,” she argues.

Clearly there are more worldly, cynical benefits to the Orthodox Church that come from being so close to the state. Patriarch Kirill has been accused of profiting from the war, all while other church leaders pulled their assets from Russia after the invasion. This made the church’s support for the war unsurprising, according to Anna.

“The Russian Orthodox Church is slow to change, but it’s suddenly developed a new tradition of showing Putin a lot at Christmas and Easter. Last Christmas I saw a streamed church service that just focused on Putin standing there by himself with a candle, as though he was special. It feels like it’s all about manipulating the public.”

Yet perhaps surprisingly, Alexei Navalny, Russia’s beleaguered voice of opposition, has spoken openly of abandoning his youthful atheism and joining the Orthodox Church.

In an interview with Open Democracy he was firm that the church held an intractable niche in the Russian state: “The position of the Orthodox Church is that all power comes from God, so they will support whoever is in power.”

He also expressed hope that the church could act as ‘a main intermediary between a dictator and its citizens’, claiming this was often the case when autocrats were peacefully removed.

His words raise the question of whether a future Russia might embrace a less chauvinistic vision of church and state.

But perhaps criticisms from the West misunderstand how Orthodox individuals see their relationship to the church. As George Demacopolous, a professor of theology at Fordham University, put it: “Being Orthodox is not so much about checking off a list of dogmatic propositions as it is being tied to local and regional culture.”

In other words, each branch of the church is a distinct national unit, perhaps able to identify with the aims of the state in a way that a multinational denomination like Catholicism or even Anglicanism have never quite managed. As Dr Lars Laarman from the School of Oriental and African Studies has stated, “The very concept of Russia is at one with Christianity.”

Then there’s the legacy of the Great Schism. The fact that it occurred in 1054 seems irrelevant; branches of the Orthodox Church still feel distant from the supposedly more liberal and secular discourses of the West. Russia’s tendency to see itself as a vanguard of cultural heritage and ‘traditional’ Christian values against both the heavily Islamic Middle East and a seemingly godless Western Europe has to be understood in this light.

Nathaniel Wood from the Orthodox Christian Studies Centre in New York points to a historical complacency with Orthodox theology: “Protestant thinkers after World War Two were far more critical of theologies that glamorised the ‘earthly powers’ they felt had led to the Holocaust. Orthodoxy needs to have a similar post-Ukraine theology that sees the crucifixion as an example of God’s solidarity with those suffering and critiques doctrines that tie the church too closely to empire.”

In Armenia the church has also played a role in anchoring a sense of national identity. The harrowing legacies of both the Armenian genocide and the years of oppression within the Soviet Union have made the church into what academic Artyom Tonoyan called ‘a custodian of the Armenian national soul’.

The country’s feud with Azerbaijan over the Nagorno-Karabakh territory would seem to back this up. Orthodox priests have been known to baptise and pray for soldiers venturing into Nagorno-Karabakh, calling them ‘martyrs’ and claiming the land is Armenia’s by divine right.

But churchgoer Tigran Hovhannisyan maintains that the church ‘does not support the conflict, and on the contrary, preaches peace’. Any attempt by individual priests to represent the whole body, he argued, is separate from what the institution might say.

Yet clearly the relationship is complex. Armenia is officially secular, but Tonoyan has argued that the church has become an arm of the state’ because their interests converge’.

What about nationalist movements that occur outside of the state? When the 2011 Arab Spring flared up in Egypt, members of the Coptic Church were among those who joined Muslims in Tahrir Square to call for the overthrow of dictator Hosni Mubarak.

It was a powerful moment, as Christians in the Middle East tended to support despots in a belief that it would keep them safe. It didn’t last, with rising discrimination against them causing many Copts to leave. But for a while there was a version of Egypt on offer that transcended religious and ethnic differences. It showed how nationalism can give countries that have felt invisible on the world stage a voice.

Yet ethnic nationalism too easily morphs into exceptionalism, making warfare politically justifiable – and when it’s divinely sanctioned it becomes even harder to question.

National renewal can’t always be seen as spiritual renewal, particularly if nationalist currents promote a vision which ignores the powerless and marginalised. The situations in Russia and Ethiopia look bleak for anyone who wants churches to call first and foremost for peace and unity. They demonstrate how all too often the church can end up promoting the idea of violence as a cleansing force.

Blessed are the peacemakers. That’s a beatitude which will ring hollow in Tigray and Kharkiv for a long time yet.